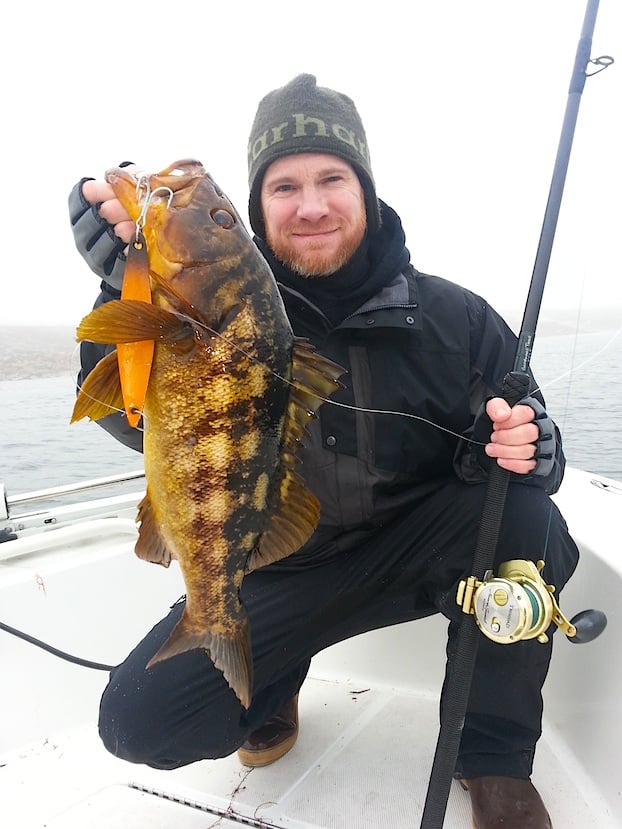 If you’ve been following the fish reports on the BD message boards, you already know that many So Cal fishermen have put their boats away for the year and those who haven’t are spending their time either targeting rockfish or hoop-netting for lobster. But with the rockfish season beginning its two-month closure on December 31st, it’s time to start looking at some other fishing options. The most exciting of these options is the wintertime calico bass bite at San Clemente Island.

I have to warn you though, if your idea of wintertime bass fishing entails a leisurely day of soaking a squid on a lead-head, you’re in for a big surprise. The wintertime bass bite at San Clemente is anything but leisurely, but it may be your best chance of the year to catch the calico bass of a lifetime.

Earlier this week I spoke with Chris Lilis, who has spent the last couple of months fishing the island in preparation for the upcoming SWBA California Offshore Challenge, a two-day event, hosted out of Two Harbors at Catalina Island on January 5th and 6th. 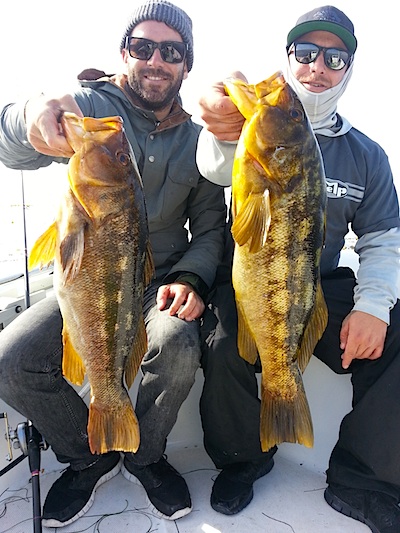 While Lilis was understandably reluctant to give up any of his secret spots, he was more than happy to explain the nuts and bolts of fishing for big calico bass at San Clemente Island. “Weather and naval closures are the two most important factors to consider when planning a trip to the island,” Lilis said. “San Clemente is about a 60-mile run from Long Beach, so if the wind starts to blow while you’re out there it’s going to make for a very long and wet ride home. Always check the weather forecast for the entire day before heading out and remember that just because it’s calm on the beach doesn’t mean that it’s not going to be rough and windy offshore.”

Daily wind and swell forecasts can be found on the National Weather service site at and hourly wind forecasts can be found on the Sail Flow website. If you’re planning on making the run in a center console, like Lilis does, it’s best to try and schedule your trips on days forecasted for 10 knots or less of wind and in seas that have an interval of at least twice the swell height. You can go out when there is a big swell, you just don’t want to do it when the big swells are really close together.

San Clemente Island is home to a naval base and subject to closures, so it’s important to check the status of the part of the island you intend to fish before making the long run. Island closures can be viewed at www.scisland.org/schedules.

“A lot of times, the parts of the island that are shown as red are only closed for part of the day.” Lilis clarified, “If you click on the red parts of the map, it will show you the times during which each section is closed.” 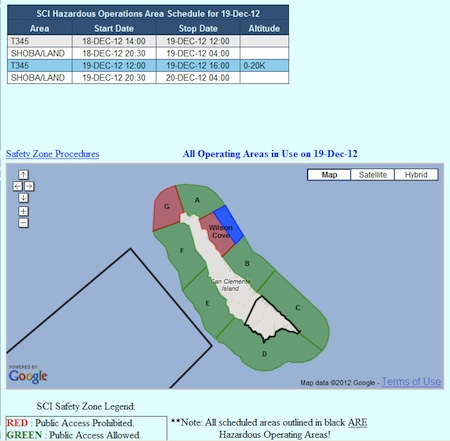 Regarding fishing techniques, Lilis says the conditions dictate his approach. “The fish bite differently in the morning, or on an overcast day than they do when the sun is out. You can catch fish in the same places, but you need to change up your approach,” he said. “At this time of year, we spend a lot of time fishing kelp beds on the backside of the island in 20 to 40 feet of water. In the morning, or when it’s cloudy, the fish seem to stay deeper in the column, so I’ll normally throw a swimbait on a heavier head and let it sink to the bottom before winding it back at a moderate pace.”

Lilis’ go-to bait in this situation is a 6-inch Pearl Swimbait on a 1 to 1½-ounce WAR Baits weedless lead-head.

“I’ve thrown a bunch of different colored baits in overcast conditions and I’ve found that the darker colors just get more bites,” he says. 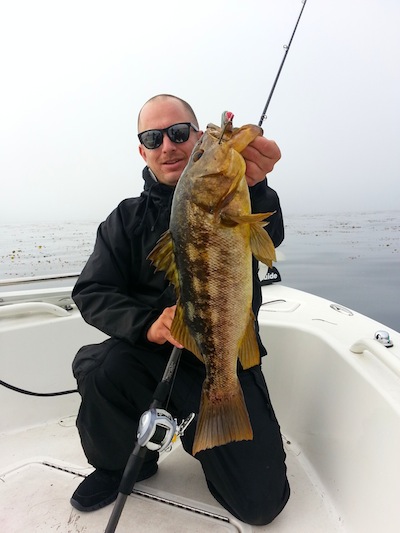 Once the sun comes out Lilis suggests changing up your retrieve. “The fish tend to bite higher in the water column when the sun is shining, so I’ll switch from a deep-running bait to a surface presentation. The fish will eat the surface iron (like a Tady 45 or a Candy Bar 112), the weedless baits (like a Pearl Full Body) and the big rip baits (like a Lucky Craft 190). It doesn’t matter what you throw so much as how and where you fish it.”

When fishing these baits, Lilis recommends hitting the kelp beds. “You’re going to want to make long casts down the lanes in the kelp beds and across the up-current edges of the bed. At this time of year, the fish are going to be where you’d expect them to be — in all the best ambush points in the kelp.”

As far as tackle goes, Lilis says to go heavy. “There are a lot of big fish at Clemente and you’re going to need tackle that can stand up to catching 40 or 50 fish in a day (many of them in the 6-pound-plus range). I fish an Abu/Garcia Revo Toro 50 full of 65-pound Spiderwire Spectra on a 7- to 8-foot heavy swimbait rod and at least 40-pound fluorocarbon leader.”

When you fish calicos at San Clemente Island, you better be prepared to fight some nice fish. “Make sure and bring way more baits than you think that you are going to need because you are going to go through a bunch of them if the bite goes full speed,” Lilis says.

The weigh in for the SWBA California Offshore Challenge will be covered live on its website www.saltwaterbassanglers.com so you can check in on Saturday and Sunday afternoon to see how Lilis and the other teams fared in the event.