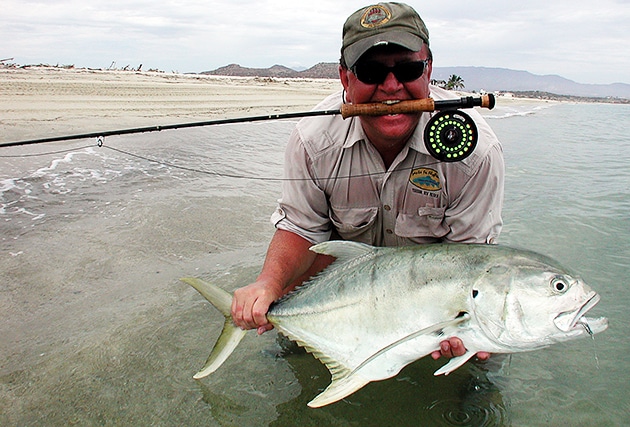 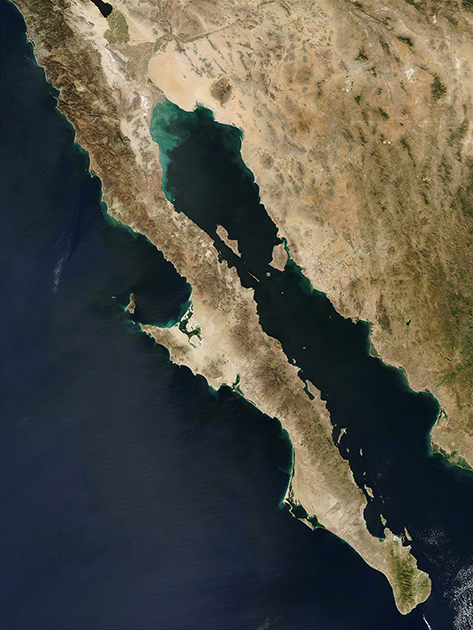 During the 16th century Spanish Explorers depicted Baja as an island. Of course that concept has long since been dispelled, but in many ways Baja still seems more like an island than a peninsula. Surrounded on three sides by saltwater, it offers over 2,000 miles of coastline for the adventurous flyfisher. From jagged rocky coast to white sandy beaches, lagoons and estuaries thrown in, Baja has it all. There is even a trout stream hiding in the hills of Baja Norte that was stocked over ninety-three years ago, and a hidden freshwater reservoir on the outskirts of La Paz in Baja Sur.

Baja has become one of the premier fly-fishing destinations. Regardless of skill level — beginner or seasoned pro — there are few places remaining in the world that provide such a variety of challenges. 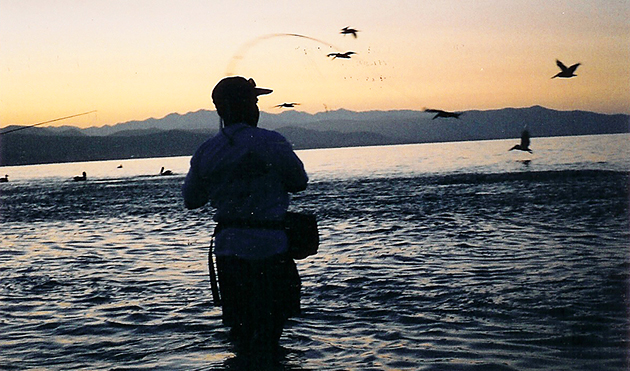 Finally, in 1969 with my eight-year-old son Greg in tow, I flew to Ed Tabor‘s “Flying Sportsmen Lodge” in Loreto. From that moment on, there was no looking back! Yellowtail, dorado and roosterfish fed what was to become an insatiable quest for the next fish in the next spot.

It didn’t matter whether I fished from shore or boat; Baja had it all. 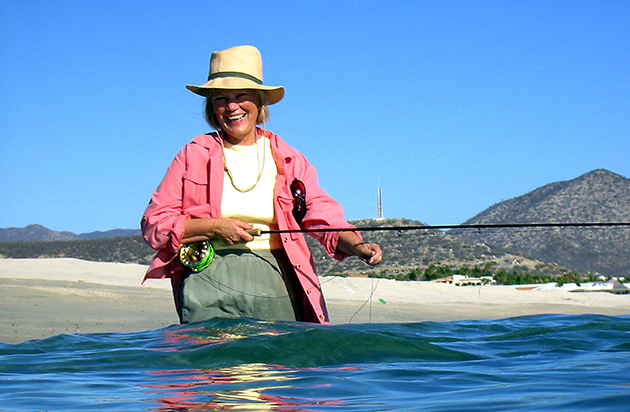 Since then I’ve discovered the many other virtues of Baja … the people, the land, the culture and the history all have added to my love of the country.

My fishing evolved from conventional to light tackle, then to ultra-light tackle. Always eager to learn a new method of fishing, I joined the Tuna Club of Avalon in order to be part of an old, established organization and to learn how to fish with antique knuckle-buster reels filled with linen line. So it should come as no surprise that I couldn’t resist the challenge of saltwater fly-fishing.

Spoiler alert: Fly-fishing Baja saltwater became such a fascination that I started “Baja on the Fly,” a fly-fishing guide/outfitter service, twenty-five years ago.

That out of the way — let’s be clear; I’m not a zealot who believes that newcomers to the sport must take an oath declaring that they will forsake all other methods of fishing.

The information below is written to provide interested anglers with the basics on how to get started fly-fishing in saltwater, specifically in Baja. 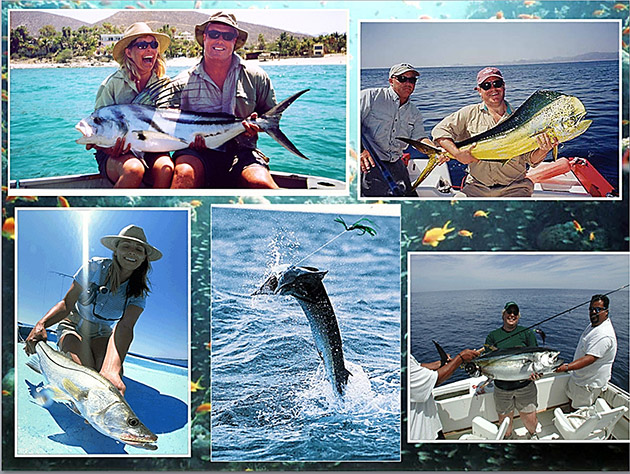 A few of the purported 800 species to be found in Baja’s Sea of Cortez that have been taken on fly are: Marlin, sailfish, yellowfin tuna, dorado, wahoo, skipjack, yellowtail, sierra, jack crevalle, amberjacks, roosterfish, cabrilla, pompano, ladyfish, grouper, white seabass, snook and bonefish. 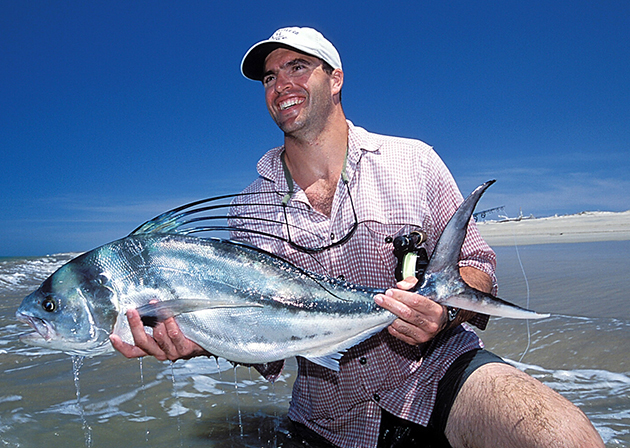 Sportsmen the world over have come to recognize the importance of catch and release and Baja is no different. Most species can be returned to the water with no apparent harm as proven with Gray Taxidermy’s interactive roosterfish tagging program, Gray Fishing Research, Inc . The Roosterfish Foundation is another tag and release program. Certainly billfish, roosterfish and jacks, all of which have very little food value, should always be released if possible, with a potential world record being the exception. However, if you wish to occasionally take a fish for the table, dorado, wahoo, sierra, tuna, etc., this will not harm the resource.

Spring and fall in Baja Sur are very pleasant, with highs in the 80s and lows in the 60s. However, temperatures may reach 110 degrees during the summer. Humidity can be a factor during the late summer months. September is the time to watch for “Chubascos” (Hurricane’s).

During winter months, (November 15th – April 1st) the entire coast of the Sea of Cortez can be subject to North Winds and depending on the intensity, the winds may affect your plans. 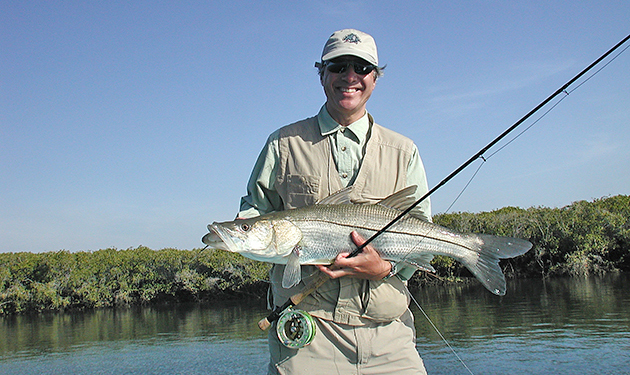 Baja is desert country and has all of the critters you would expect! Rattlesnakes and sea snakes are the only poisonous snakes in the region and are seldom seen. However, if fishing in remote areas, a “Snake Bite Kit” in not a bad idea.

Scorpions are fairly common. Their sting is similar to a bee sting. Bees, wasps, mosquitoes and no-see’ums also may be encountered.

Occasionally found on Baja beaches, jellyfish are to be watched for while in the water. Jellyfish seem to come and go with the warm currents and sometimes they may be found dead on the beach at the high tide line. Though dead, they can still sting.

And while not in all areas, stingrays can be a nuisance. When wading where stingrays are common, walk in a shuffling manner to scare them away. All of the above stings can be treated with either Benedryl Spray, gel and/or tablet. 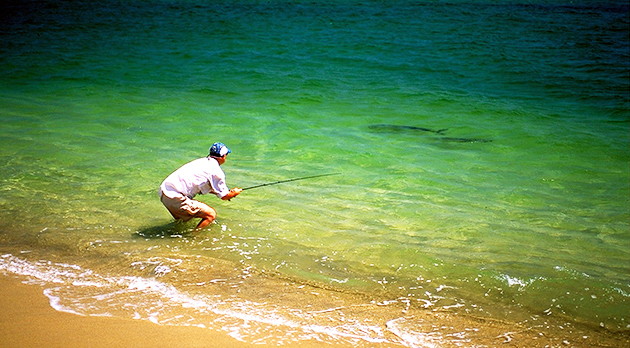 Baja beaches can be sand, rock, gravel or just plain dirt. For my purposes, shore fishing will also include kick-boats or float tubes. 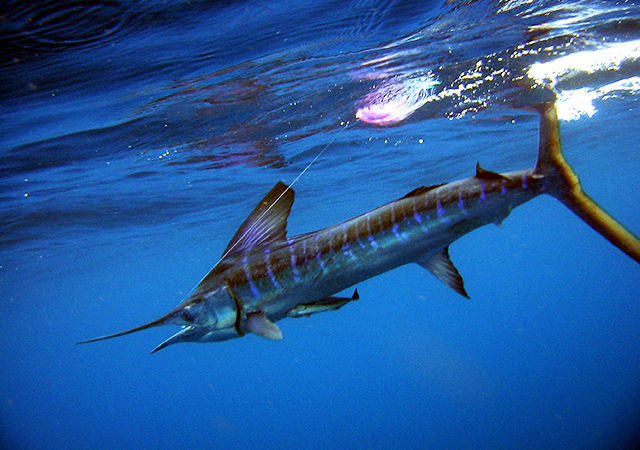 Blue water or offshore is sometimes referred to as deep sea fishing, distinguished by the discernible color change caused by the deeper bottom.

• Inshore, a 10wt. rod will satisfy most conditions, unless you have found fish above 20 pounds. Then you will definitely want to go with a 12-wt.

• Offshore for larger dorado, tuna and wahoo, use the 12-wt. For billfish and tuna bring the 14-wt.

Regardless of the size of the rod, it should be designed specifically for saltwater use. Three or four piece rods are recommended because of travel considerations. 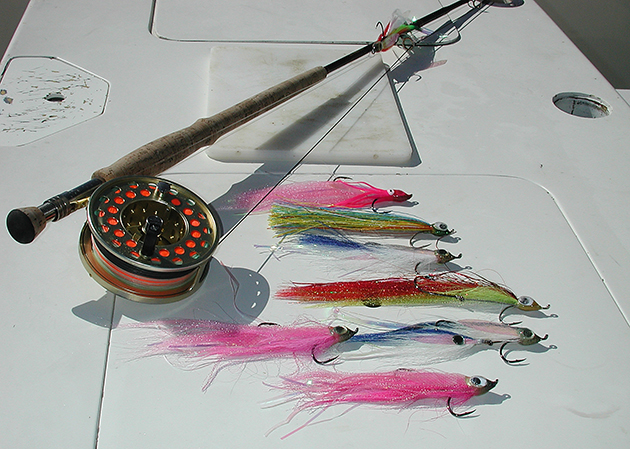 • Choose a reel that approximates the rod weight. (Not all manufactures designate sizes to match the weight.)

• Bluewater reels should hold a minimum of 400-yards of 30-pound Dacron backing.

• All reels should have a disk drag system that is designed for saltwater use. Extra spools are a good way to have different line systems stored and ready for use.

*Flyfishing tackle is designed to use the drag of the thicker Dacron to tire the fish. However, when fishing from shore the advantage goes to braid because of its thinner diameter allowing much more line on a smaller spool.

Intermediate or seamless shooting head lines, should be your choice for Baja. These lines work well in all applications ranging from beach to bluewater. Floating lines may come in handy in some applications. Fishing poppers as well as fishing over rock reefs being two examples. For backing use a high-visibility Dacron line in either 20-pound or 30-pound test or braid in an easy-to-see color. Remember, in Baja your backing will be used frequently. Make sure it is not old and weak! Tapered leaders are not necessary. Use a good quality fluorocarbon leader material about 6 feet in length.

Waterproof gear bag with rod tubes built in are handy when traveling. Try to find one that is small enough to carry on the plane. When fishing the shore, footwear can be critical! Sandals, tennis shoes, flats booties or pull-on boots used for diving are ideal. Another piece of equipment is a stripping basket preferred by many. These come in different configurations from plastic trashcan to specially designed baskets. 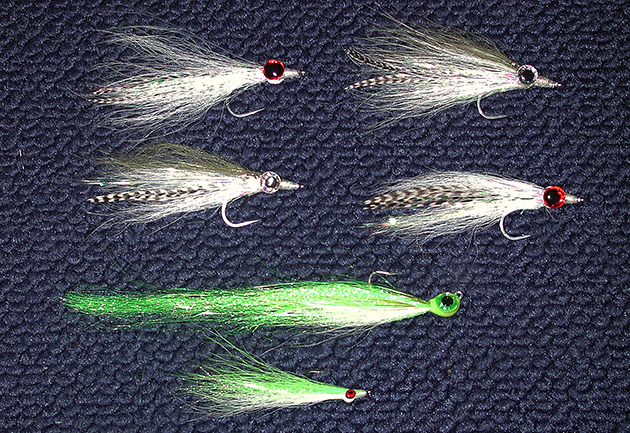 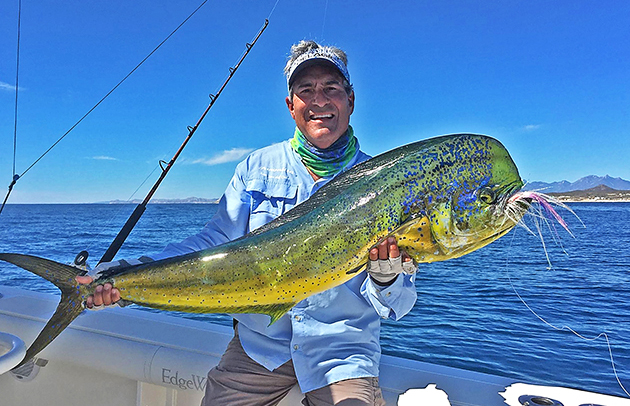 Baja offers a unique setting, which allows you to improve your skills. Whether a novice or a seasoned pro, this is the place to practice and improve. You will have opportunities to cast to and catch fish, regardless of your casting skills.

Beware … this aspect of sportfishing really has three components. Some get hung up on the fly-tying aspect and spend hours in front of a vise trying to create the perfect fly to catch the fish they are targeting.

Others get caught up in casting, practicing at local casting ponds, lakes, beaches or even the street in front of their home focusing on the technique to improve accuracy and distance much like a golfer and their swing.

The third component is the most important – the catching of the fish! Frankly many make the mistake of becoming so consumed with the first two components of building their skills that they miss out on the most fun part. 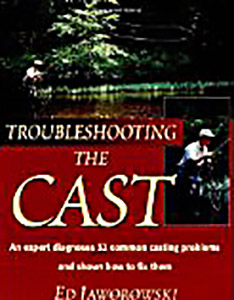 For the casting, a good place to start would be “The Cast” by Ed Jaworowski or “Longer Fly Casting” by Lefty Kreh. 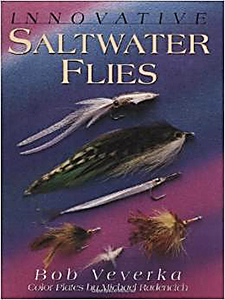 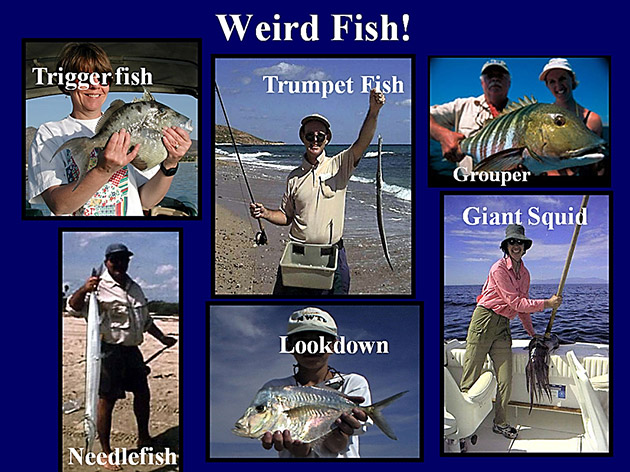 As the fish are seasonal, for the most part, you can plan your fishing trips around the time of year your bucket list of species generally arrive in Baja waters.