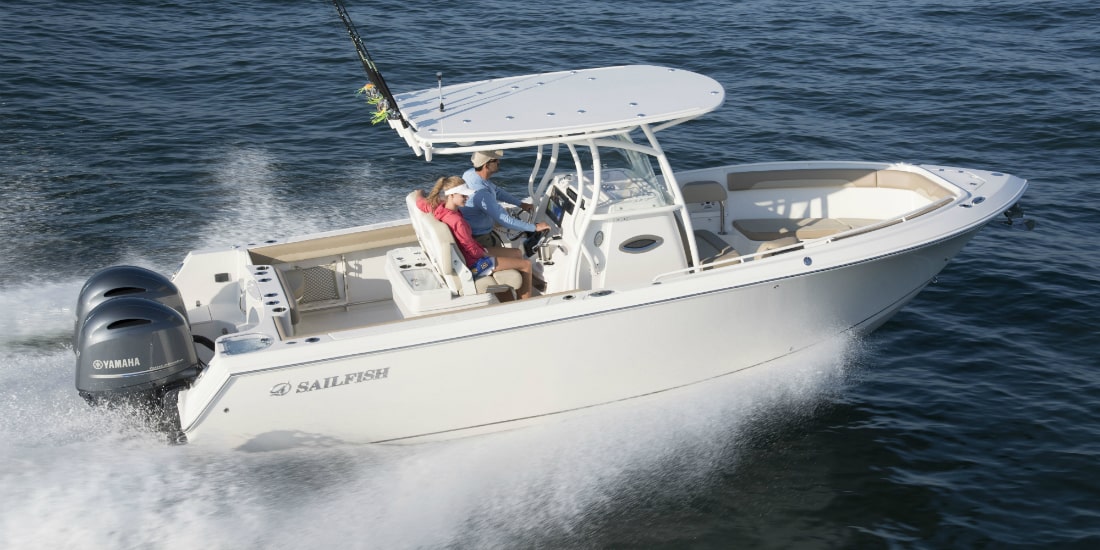 The Sailfish 270 CC is primed and ready for bay, coastal, and oceanic action.

It’s no secret that center console fishing boats rule the roost when it comes to outboard-powered saltwater fishing machines, but naturally, there’s a huge difference between casting light tackle in a bay, trolling off the beach, and making long runs to blue water hotspots – so center consoles that can do all of these things, like the Sailfish 270 CC, are incredibly popular. True, when you make those long offshore runs you’d be more comfortable in a big convertible.

Yes, ideally, you’d also own a mid-sized boat for setting an inshore spread closer to home, and a bay boat for casting topwater at daybreak. Heck, you might as well add in a skiff for working the flats, a bass boat for trips to the lake, and a kayak for hotspots near soft-launches. But few of us can afford owning an entire fleet like this. We need one boat that can handle as many diverse conditions as possible, and in this regard, a mid-20s center console like the Sailfish 270 CC is ideal.

There are, of course, a million and one 20-something CCs out there. So, what sets the Sailfish apart?

The number-one item is its hull design. Sailfish calls it a “Variable Degree Stepped” hull, which can be a somewhat confusing terminology and shouldn’t be mixed up with a “variable degree deadrise” nor a “stepped” hull. A variable degree deadrise boat has a sharp V at the entry which tapers to a flatter V at the stern, where transom deadrise is measured. But on the Sailfish 270 CC, the variation runs laterally and along three different planes. The outermost plane, running from the edges of the chines to one-third of the way in to the keel, has 22-degrees of deadrise. This rather moderate V helps enhance stability. The next third of the hull sits at a 23-degree angle. And the center portion of the hull up to and including the keel has 24-degrees of deadrise. Clear as mud? The illustration should help: 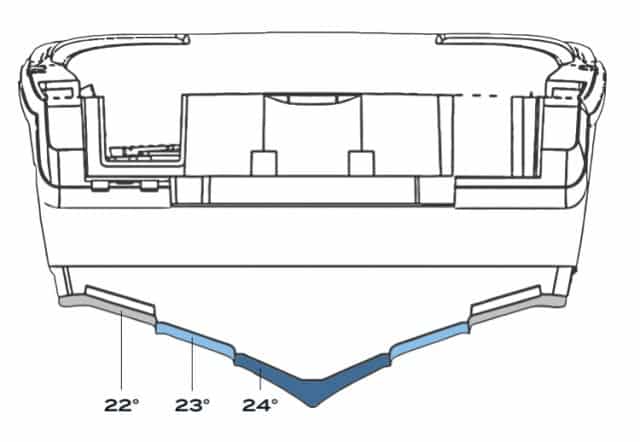 The centermost portion of the hull has the steepest V, and the angle reduces in each section of the boat moving out from the centerline.Remember those old SeaCrafts that were famous in their time? Their design used a similar approach. It worked back then and it works today, too, enhancing stability without losing the ability to chop waves open – minus the spine-compressing impacts shallower deadrise hull designs often produce.

Wait a sec – they included the term “Stepped” in their name, too, so is this a stepped hull boat?

In traditional terms, no. There are no steps running in from the chines and in this case, they’re referring to what you might call longitudinal steps between the differing deadrise degree portions of the hull.

If you’ve been on a Sailfish in rough seas we don’t need to tell you how effective the design is, and if you haven’t, the only way to gain a full appreciation is to go for a sea trial. Performance, on the other hand, is easily enumerated. Rigged with a pair of Yamaha F200 outboards and allowing for some variation due to conditions, load, and the other usual factors, you can plan on getting a cruise of around 38 mph while running at 4500 rpm and burning 19 gph. That shakes out to two miles to the gallon, which is thoroughly respectable for a twin-engine boat of this size. If, however, you pull back on the throttles a bit and cruise at 3500 rpm, you can just about halve the fuel burn while still running at 27 mph – and get just over 2.6 mpg. Top-end, meanwhile, is an adrenaline-pumping 50.7 mph.

Okay: so, seakeeping and performance both get a thumbs-up. What about fishability? Let’s start with the fact that Sailfish includes a dozen rodholders on this boat as standard fare, since that gives you some insight into their inclination. Then consider the other items Sailfish includes, which many builders list as options if they offer them at all: a 30-gallon transom livewell with LED lighting, a baby-blue interior, and a clear lid; a leaning post with a 35-gallon livewell; a Yeti forward console cooler/seat; both fresh and raw water washes; a tackle organizer on the console top; toe rails with downrigger ball holders; a recess in the bow in-deck stowage compartment sized for a five-gallon bucket; coaming bolsters; twin insulated/integrated 260-quart fishboxes; and a nifty a transom tool/knife/washdown hose holder. That’s a substantial list

It’s true that beyond all these goodies, there’s a lot one might want to order to customize the boat to their tastes. Outriggers, entertainment packages, a bow thruster, and even a T-top misting system are all in the offerings. That’s great, but do realize that all those goodies add to the boat’s cost, and it won’t be too difficult to push over the $130K mark as you start ticking all the boxes. Then again, just think of the millions you’re saving since you no longer need that big convertible, the bay boat, and the rest of the fleet. All you really need is the 270 CC, some good intel, fresh bait, and a full fuel tank – and there will be a bend in that rod before you know it.