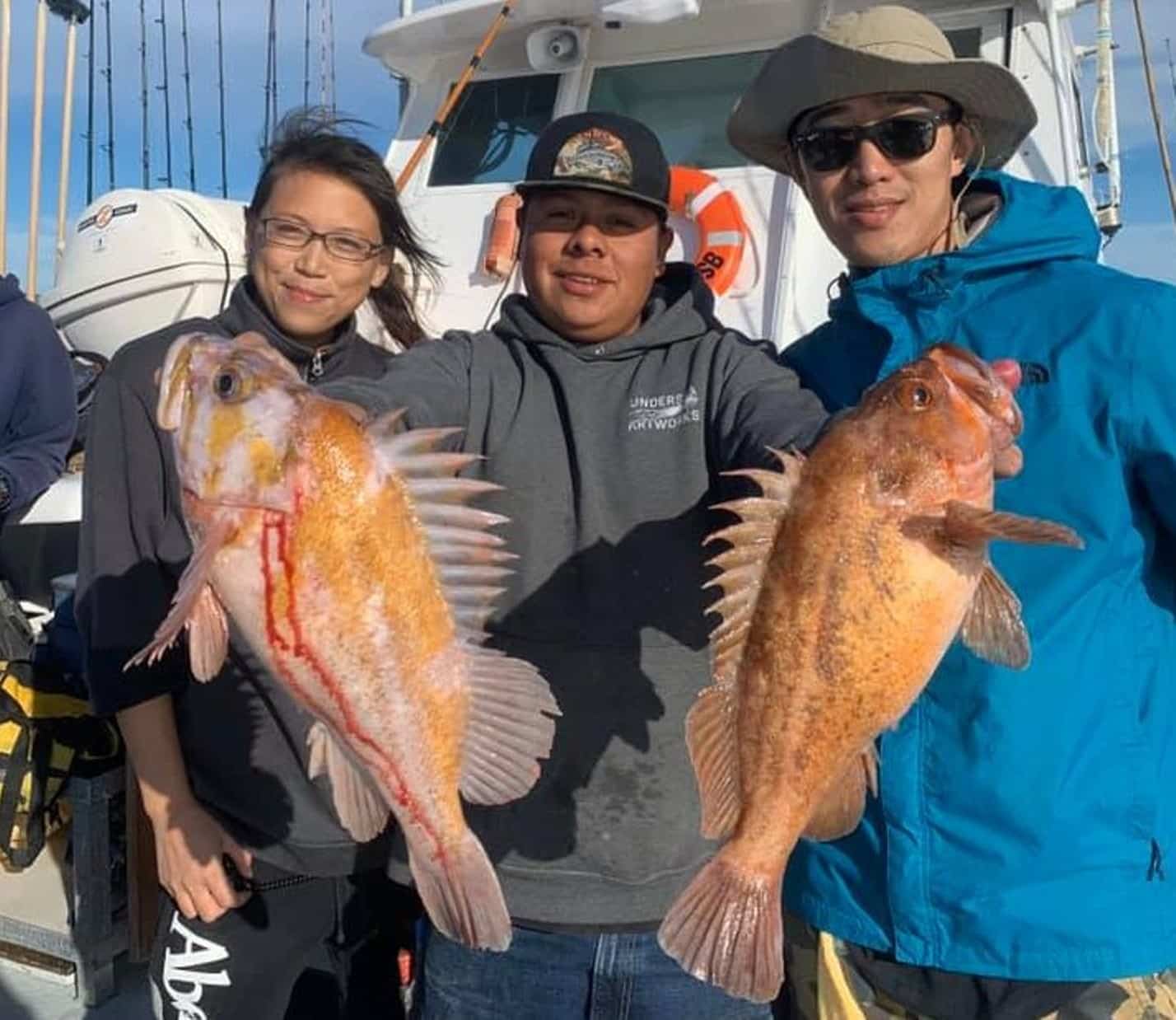 It’s been a fairly lackluster week of fishing in Southern California. Last weekend’s weather kept a lot of boats tied to the dock and the ones that did fish this week mostly targeted rockfish. The only real bright spot was the yellowtail bite off San Diego. The bite, which started earlier this week but got everyone’s attention when the New Seaforth out of Seaforth Landing caught 25 yellows on Wednesday morning’s half-day trip. The fish are actually showing in a few different areas from below the border up to La Jolla and are biting again at the time of this writing on Thursday morning. 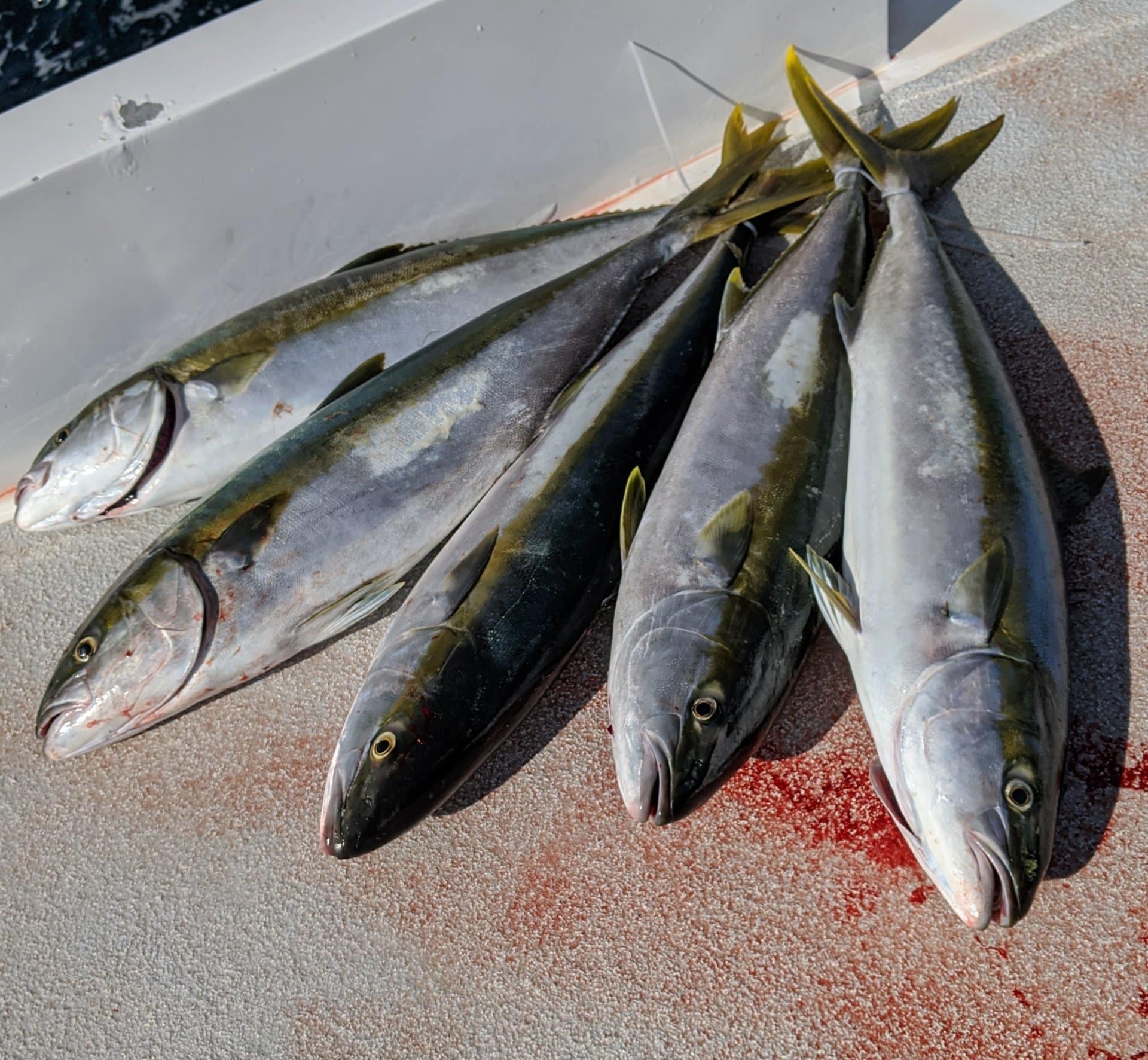 There weren’t too many pictures available on social media, but this shot from our forum confirms that the fish are the solid 15-pound class that were reported. Sounds like this is run and gun style fishing, so if you’re heading out I’d bring some binoculars and use them to look for birds instead of boats. The combination of this bite’s proximity to the harbor and the fact that it’s currently the only game in town is going to make for some boat pressure come Saturday morning. My advice, as always, is to drive away from the fleet and find your own fish. Look at your chart and check the depth and topography the fleet is fishing and then go look at similar areas that you might be able to have to yourself. 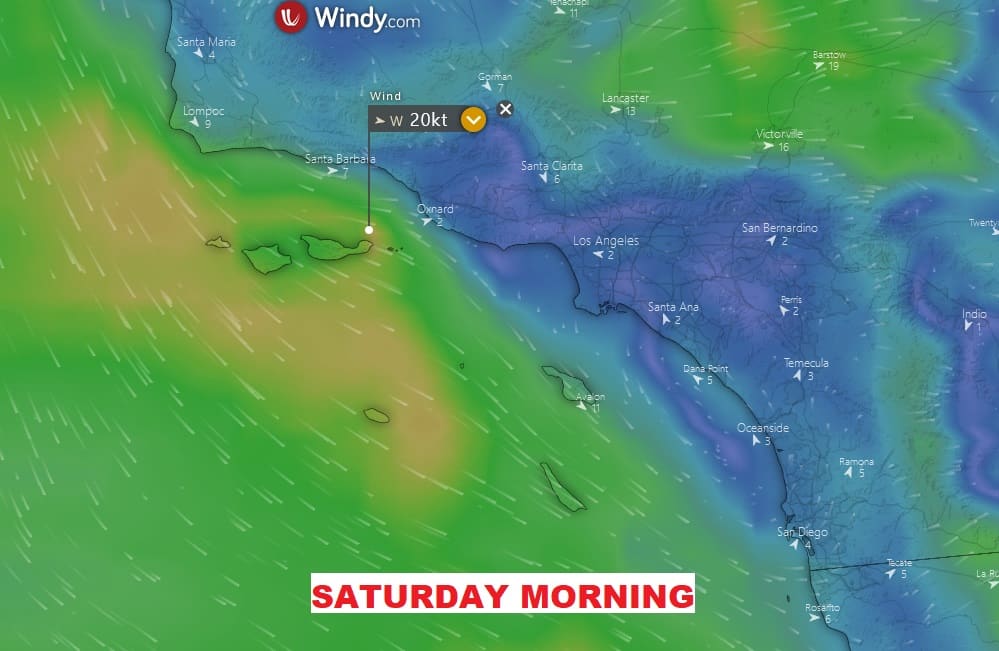 Speaking of Saturday morning, we’ve got good weather along most of the coast, with some wind at Catalina and Clemente, and lots of wind at Nic and the Channel Islands. While this doesn’t look great, its probably the best weather you’re going to get this weekend. The wind is forecast to increase through the day and the band of calm water along the beach is going to tighten up to the point where it’s gone by late afternoon. By midnight the forecast looks like this. 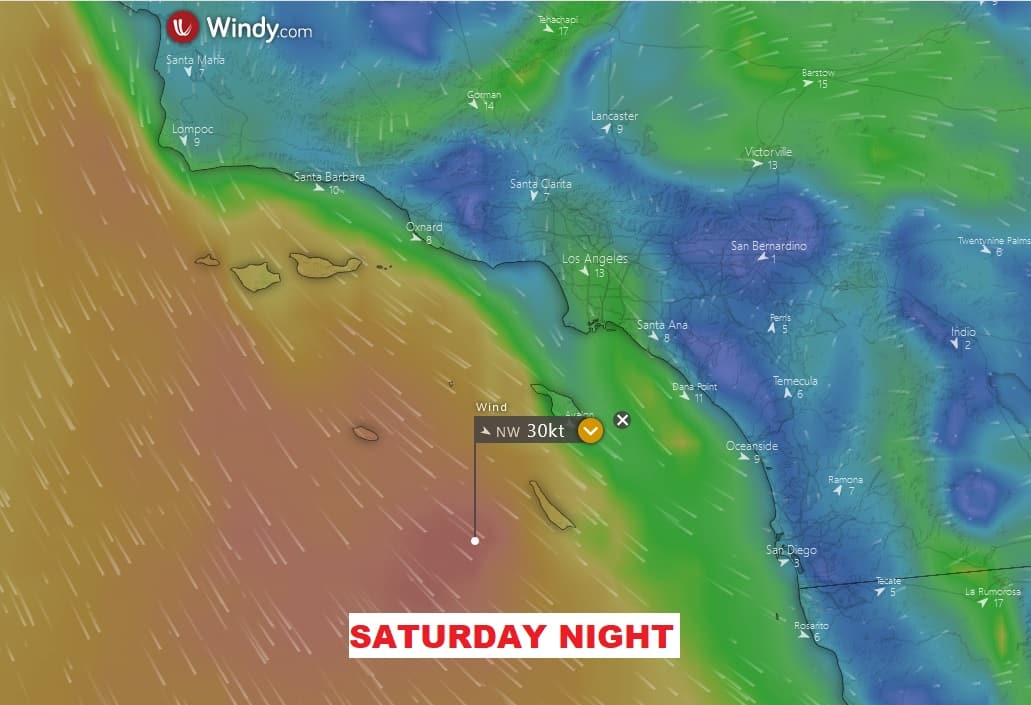 That 30 knots of wind outside San Clemente Island is very likely to put an end to whatever was left of the yellowfin bite below and outside the island. The water temperature at the San Clemente Buoy was still 62.5 degrees on Wednesday, which is already low for yellowfin, and I’d imagine it’s going to drop even more. Regarding the bluefin along the beach that no one has seen or caught in a couple weeks, I think they’re going to stick around through this weather and I’d guess the whale watch boats will start seeing them again even if there aren’t any fishermen out there looking for them. 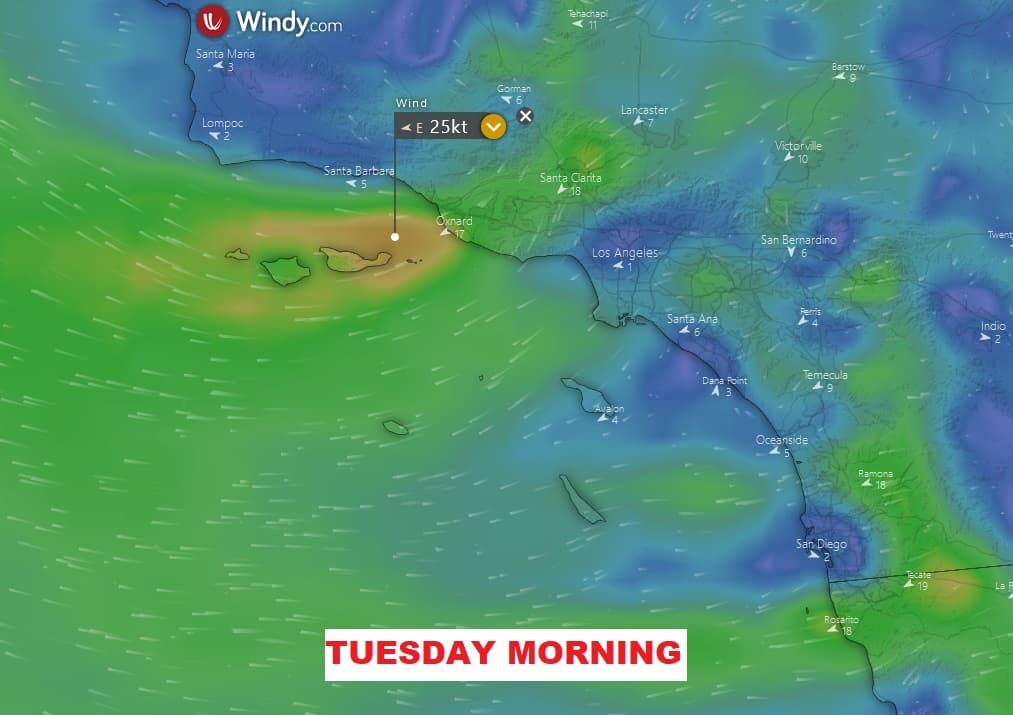 The weather switches to offshore on Monday and by Tuesday the Santa Ana’s are forecast to be blowing hard. These winds will blow most of the week but will calm by next weekend so we’ll be left with calm but likely cold water in most areas. If you’re dying to fish this weekend, I’d do it locally on Saturday morning because if the forecast holds true, the weather is going to suck everywhere else. My plan is to fish spotties in San Diego Bay on Saturday and spend Sunday hanging Christmas lights on the house because it beats getting my butt kicked on the water. Good luck if you’re heading out and remember to keep a close eye on the forecast!