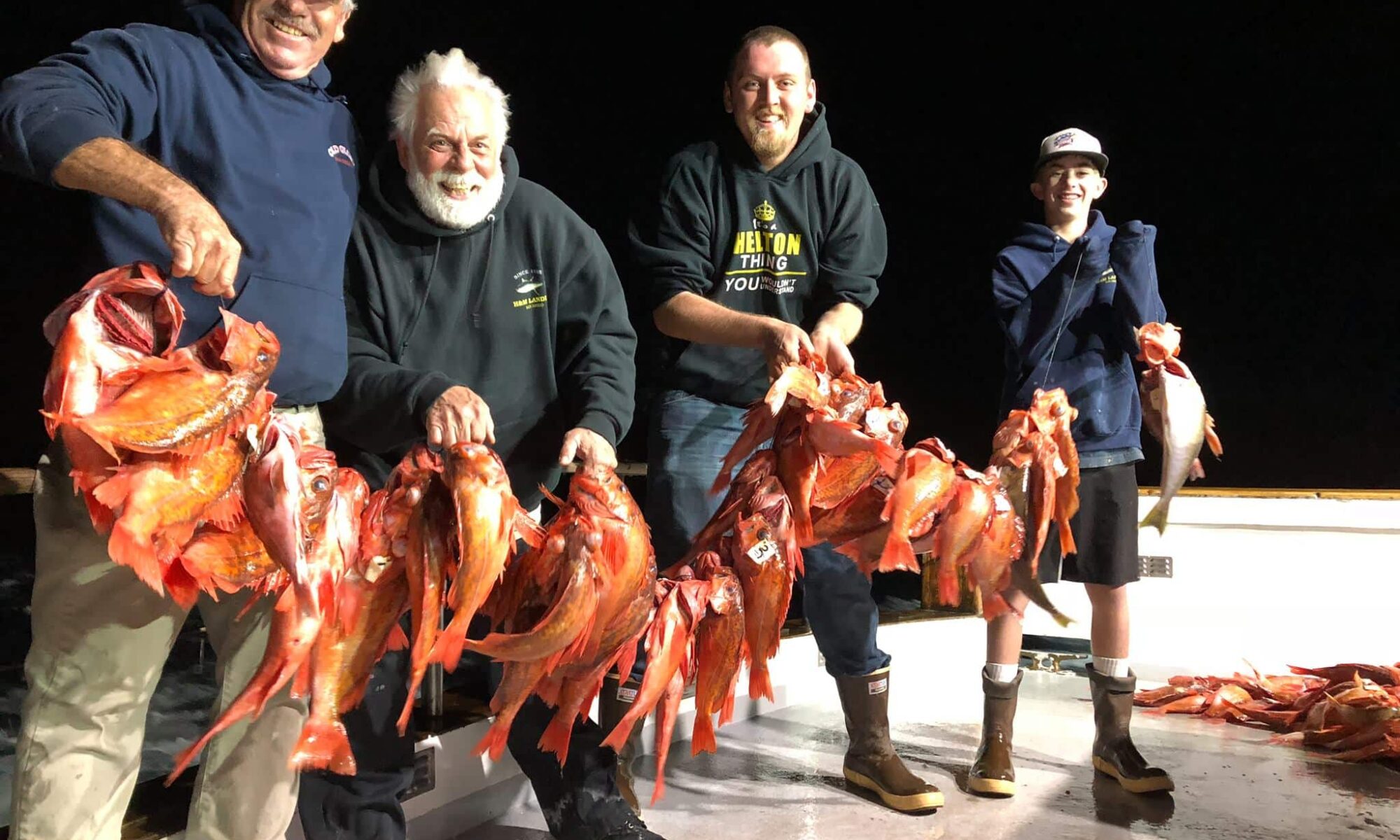 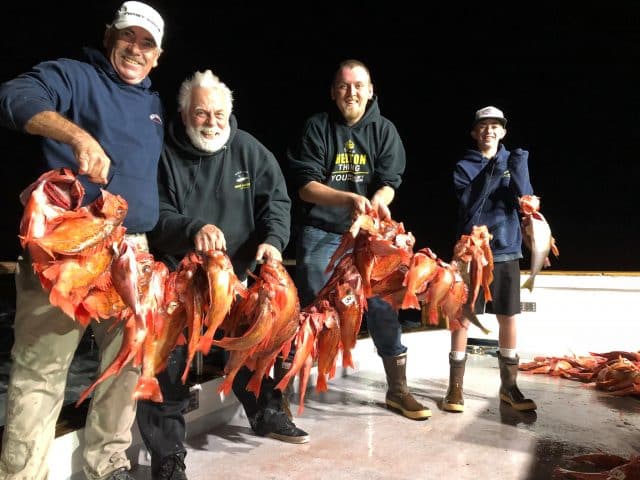 We got some good news for a change in that last week’s weather forecast was a little heavy handed and the rockfish opener went off without a hitch. At the time of this writing, midday on Thursday, there are several sport boats on the water along the coast and at least one at San Nicholas Island and they’re all catching fish. With the weekend’s weather forecast looking fishable for sport boats everywhere and private boats in most areas, let’s take a look at some fishing options. 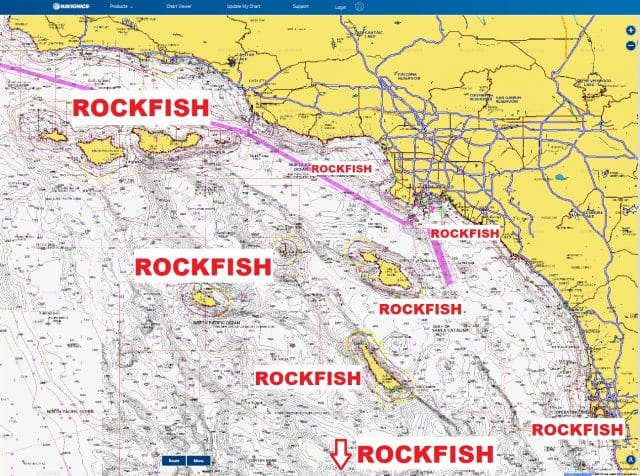 I changed up my weekly Navionics chart to focus exclusively on the rockfish bite. The larger the font, the better your chances of loading up on not only bigger fish but a higher percentage of desirable table fare. In U.S. waters your best fishing options are the Channel Islands and San Nicholas Island. The main difference between these two areas is that Nic is in the Cowcod Conservation Area so you’ll be fishing in water less than 120-feet while up north you might fish shallow but could be dropping as deep as 360-feet. Both areas will produce a good grade of fish but you’ll catch more shelf rockfish (reds, browns, coppers, etc) up north and more sheephead, white fish and olive rockfish at Nic. Both areas will also hold plenty of lingcod.

I’m skipping Santa Barbara Island because it’s basically a sucky version of San Nic. There are fish to catch there but there’s such limited area that’s legal, it really isn’t worth a trip there just to target rockfish. San Clemente Island gets slightly smaller type because you’re usually going to need to fish deep to catch quality fish and that means you’re going to have to pick through the overpopulation of salmon grouper. There are plenty of rockfish to be caught at Catalina but they’re usually on the small side and the spots can be very salmon grouper heavy.

Along the coast, the rockfishing above Santa Barbara can be excellent and will rival the size and quality of anywhere else, but the quality and quantity drops significantly as you make your way down the coast giving the stretch from Santa Monica through South Orange County the smallest font of all. If you want to fish along the coast, live squid makes all the difference in the world when it comes to catching reds. Lunar cycles also play a big roll in red bites so watch the counts and the lunar chart and make some decisions based on that.

The font gets larger once you get down to San Diego as the 9 Mile Bank and Rockpile offer good, but deep, rockfish options. Finally, the boats making long runs down the Mexican coast on 1 1/2-day trips are loading up on quality reds. The picture at the top of this article is from a trip the Old Glory out of H&M Landing took over the weekend. 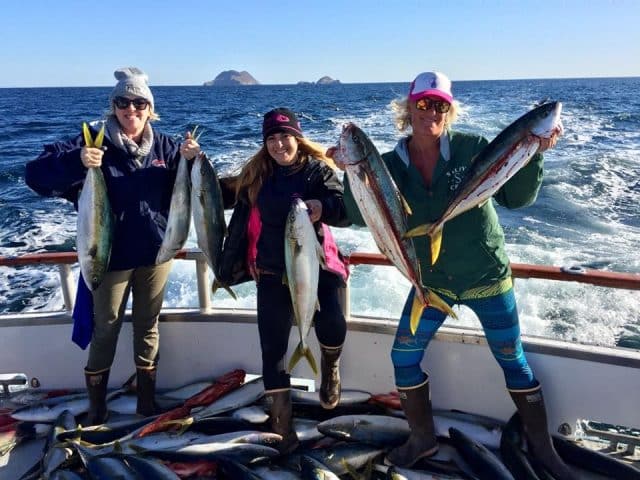 In other news, the yellows are still biting for the 3/4-day boats fishing the Coronados. The fish aren’t huge but they are biting both the yo-yo and surface iron, which counts for a lot. Boats have been scoring anywhere from a couple dozen to limits, like the Vendetta caught on Saturday, so my advice is to just go and give it a shot. I understand that it’s tempting to wait for big counts before booking a trip, but if you do you’re likely have to hear the crew say, “you should have been here yesterday”.