Well, the long-awaited rockfish opener is finally upon us and, with good weather, this is a great opportunity to get back out on the water. But if you’re planning to head out, there are some regulation changes with which you’ll need to familiarize yourself.

The bulk of these regulation changes center around the Cowcod Conservation Area (CCA), which has been a thorn in the sides of fishermen since its creation. Designed to protect cowcod after they were declared overfished by the National Marine Fisheries Service) in 2000, the CCA is a 5100 square nautical mile no-fishing zone covering Santa Barbara Island, San Nicholas Island, Cherry Banks, Cortes Bank, Tanner Bank and the 43 Fathom Bank. 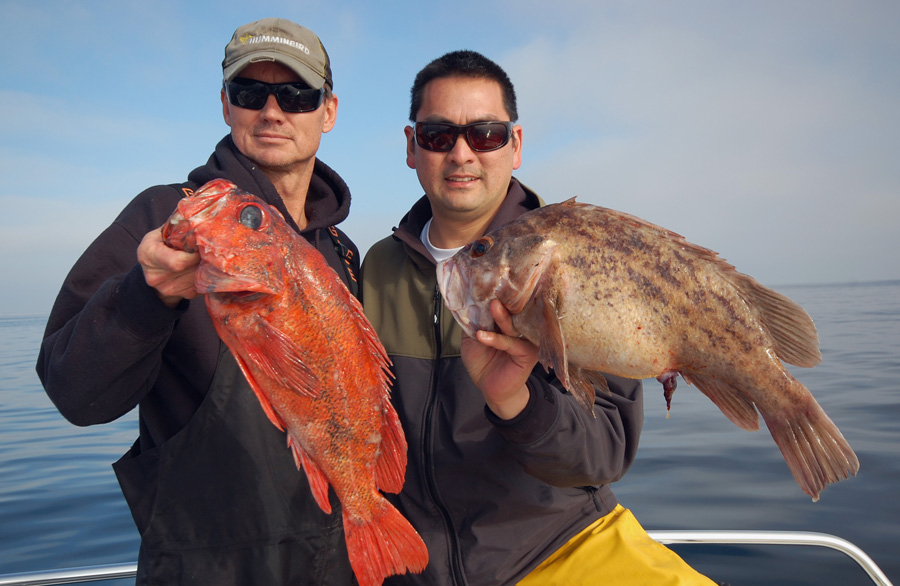 The first regulation change actually brings some good news to the anglers and sport boats that fish Santa Barbara and San Nicholas Island as well as those targeting the Cortes and Tanner Banks. As of March 1st, the ban has been lifted on keeping shelf rockfish (reds, boccacio, browns, etc.) that are caught in waters less than 20 fathoms. This means that boats fishing these areas will no longer be required to “release” the big shelf rockfish they catch, only to watch them float away and die from the effects of barotrauma. It is important to remember that the 20-fathom depth restriction is still in effect across the entire CCA, so if you’re caught fishing any deeper by DFW wardens, you’re going to be in for a surprisingly hefty fine.

The second CCA driven regulation change is an extension of the temporary depth restriction put in place on November 1st, which changes the legal fishable depth from 60 fathoms (360 ft) to 50 fathoms (300 ft). This change has snuck by many fishermen, as it was made mid-season, so tell your friends who don’t keep up on this stuff because violating this one will lead to another big fine. 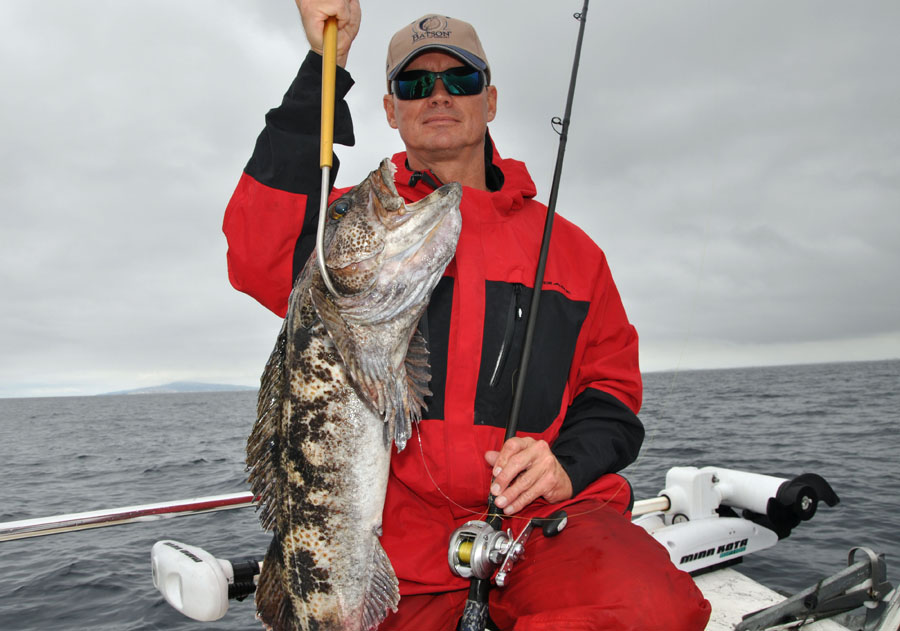 The final change to the regulations regards boccacio (salmon grouper). Beginning this season there will no longer be a minimum size restriction on this species and each angler is now allowed to possess three boccacio (up from two) as part of their ten fish limit of rockfish.

With the regulation changes out of the way, let’s take a look at your best options for catching some big rockfish this weekend. Starting to the north, the Mirage will be running overnight rockfish trips out of Channel Island Sportfishing Center. These trips usually fill up fast because the boat carries a light load and has access to some of the most productive rockfishing on our coast. If you’re interested in checking out a trip, you can contact them through their website.

Further south, the bulk of trips available out of Los Angeles and Orange County landings are going to be on ½ and ¾ day boats. These shorter trips are relegated to fishing along the coast, but don’t discount them as options to go out and catch some quality rockfish. With the local boats, it’s best to follow their fish reports or check their Facebook pages to see what size and species of fish they’ve been catching. These trips are usually fishing right at the legal depth limit, so you’re going to want to bring a set up with enough line to fish effectively in water up to 300 feet deep. Make sure to bring enough sinkers as they can get expensive if you have to buy them on the boat.

In the LA area, check out the New Del Mar out of Marina Del Rey Sportfishing. If you’re down in the Long Beach area, a consistently fishy ½ day boat is the Southern Cal out of Pierpoint Landing http://www.pierpoint.net/. Just down the road at Long Beach Marina Sportfishing, the Enterprise is a great option for a big and roomy ¾ day boat. If you want to jump on an overnight trip to San Clemente or Santa Barbara Islands, the Freedom out of 22nd Street Landing is booking trips for this weekend.

Both Newport Landing and Davey’s Locker in Newport Beach will be running trips and are a good choice because their central location lets them fish both areas that the Long Beach boats fish as well as those fished by the Dana Point based boats. 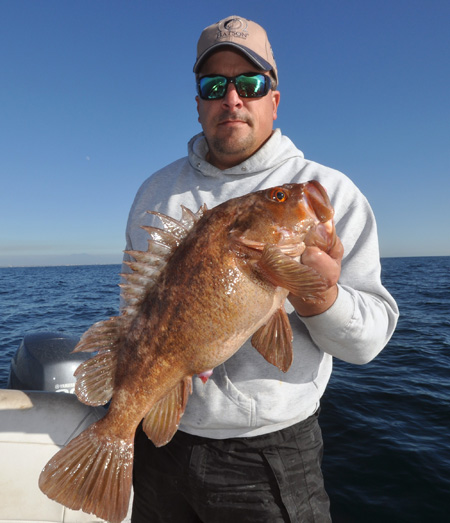 Speaking of Dana Point, the boats out of Dana Wharf will be fishing rockfish in coming weeks and they sometimes get into good red fishing when boats to the north aren’t finding them. Again, it’s best to check the reports to see what they are catching before choosing the boat you’re going to fish.

As usual, San Diego has the most options with trips ranging from ½ to 1 ½ day running on multiple boats. My half day pick is the Chubasco II which usually carries the lightest loads of any of the San Diego local fleet but offers incredible service from an excellent crew. If you’re thinking about taking a ¾ day trip, it’s hard to beat the San Diego out of Seaforth Landing. This boat runs more trips than any of the other boats and as a result the crew is usually dialed into exactly what’s happening on the fishing front.

If you’ve got your own boat, why not check out my article from last year about finding new spots and put that info to work on finding as many new spots as you can this year and make sure they aren’t the same ones the sport boats are hitting.

Next week, I’ll be taking a look at the tackle you’ll need and the techniques you’ll use to successfully target rockfish on both sport boats and private boats.