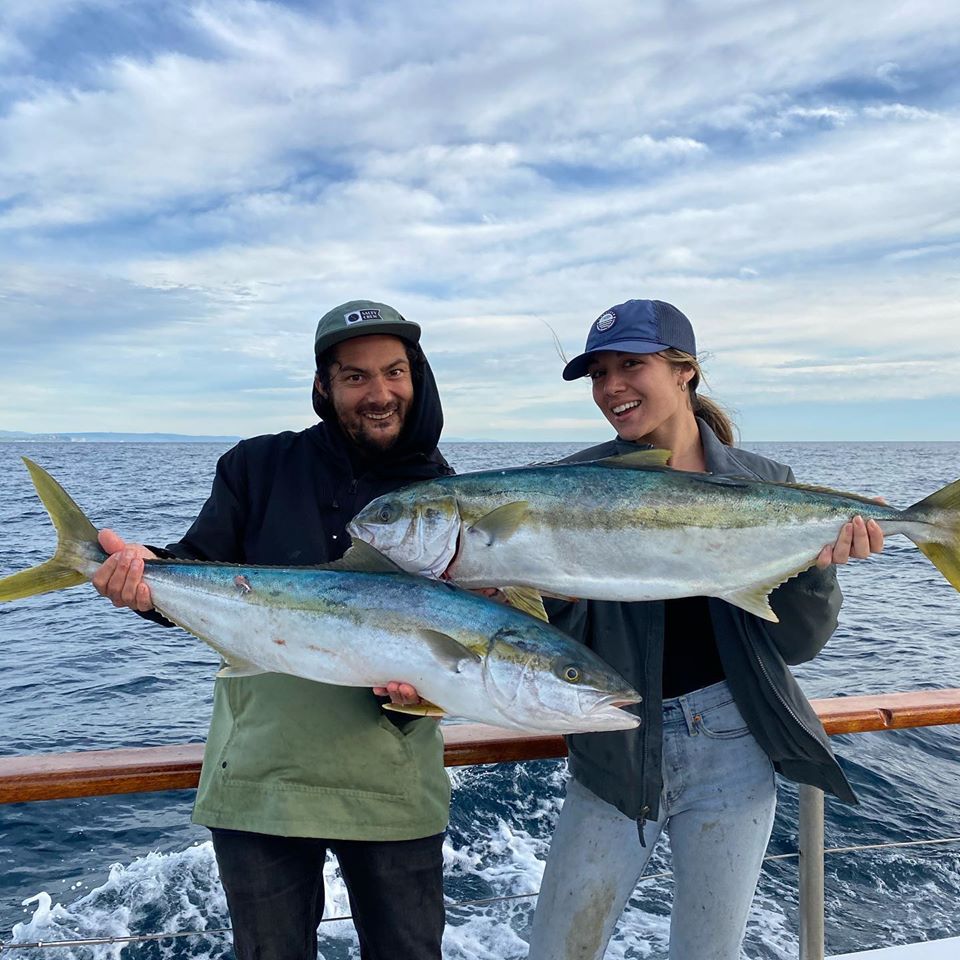 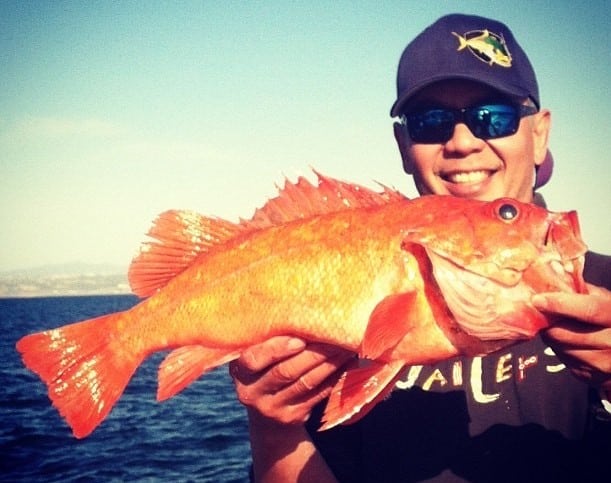 This picture (above) should have been one that you were seeing on your timeline posted by you and your friends who got out yesterday for the March 1st rockfish opener.  Instead, it’s a file photo from my 2013 opener at Santa Rosa Island aboard the Pacific Islander.

We’ve been waiting for eight weeks for the opener, only to have a majority of trips get canceled due to high wind advisories.  And the cancellations weren’t just limited to the usual rockfishing hot spots like the Channel Islands or San Nicolas Island.  Even if you adjusted your overnight island plans, you likely found that your favorite local boats canceled their trips as well.  How disappointing was that?

It was very disappointing to say the least.

That being said though, there were some bright spots to talk about this past week’s fishing.

The San Diego kicked off their 2020 season the weekend before last fishing the Coronado Islands on the hunt for yellowtail.  The trips have been mostly spotty on the yellows.  They never got more than 2 for all week, until they found their groove on Thursday (2/27) when they exploded with 62 yellows for only 14 anglers (right)!

If you were one of the 44 anglers chasing that count on Friday, you likely came away disappointed.  The yellows pulled a disappearing act.  Capt. Ryan Bostian reported that they covered the same hot zone as the previous day, even looking further beyond, but only found one school that didn’t bite particularly well.  They managed only 2 yellows, but had good bottomfishing to go with it.  They bounced back with a better day on Saturday getting 19 yellows and a kicker halibut for 48 anglers.  Unfortunately, they canceled their next 3 trips (Sunday, today and tomorrow) because of the high winds previously mentioned.  So who knows what fish gods will send their way later this week after the wind passes.  Clearly, there is sign of a bite at the islands.

The fish were a very nice grade…15-25-pounds.  They were mainly caught on full-size yo-yo jigs (Salas 6x, Tady 4/0, etc.).  So if you never got your Colonet on, or if you went and the yellows didn’t want to play (which was mostly the case this year), then here’s your opportunity to get your yo-yo yellowtail on.  If you go, bring your yo-yo gear, maybe a flyline or surface iron setup as there were small windows of opportunity there, and of course rockfishing gear. 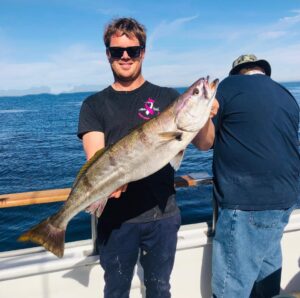 The other encouraging thing I saw from this past week was some early signs of white seabass.

The Aloha Spirit was out on Friday (2/28).  Capt. Pat O’Brien had them on a bass oriented program, and they did decently in that regard managing 24 keeper calicos for only 14 anglers.  Considering the time of year and water temperature, that’s a very respectable count.  The highlights were the 2 white seabass and halibut to add to the mix.

Also, Bight Sportfishing posted this last week that they got a couple of seabass on a 12-12 lobster trip with Capt. Wes Pierson.  Knowing Brandon and his operation, those pictures might have been from last month for all I know.  Still, seeing that at times there has been abundant squid at Catalina (where they were likely fishing) and that they managed to catch some seabass is all very encouraging.

So it isn’t all doom and gloom despite the weather not cooperating for the opener.

I’ll be at Fred Hall this week, likely on opening day (Wednesday).  Stop and say hi if you see me.