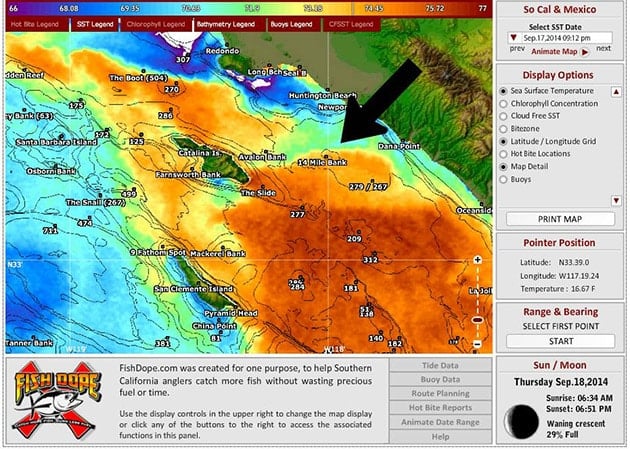 Over the last several months, I’ve received multiple emails from readers asking me to explain some of the tools and practices private boaters use when fishing offshore. Many of these questions revolve around reading SST and Chlorophyll charts and translating that information into catching fish. So let’s take a look at what the charts are telling us. 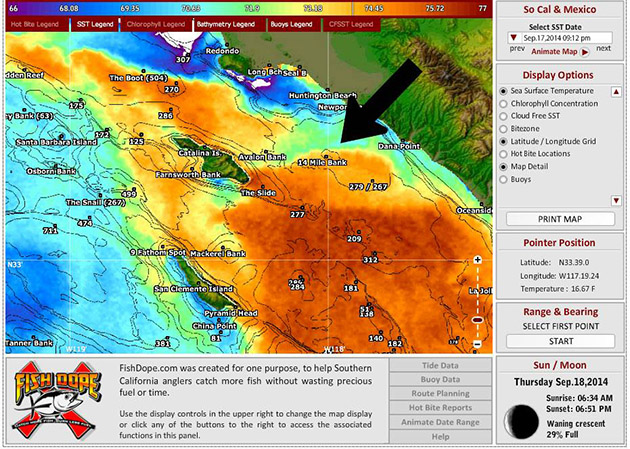 This is an SST chart from 9:12 PM on September 17th. As you can tell by the legend at the top of the screen, the water showing up as blue is the coldest and temps increase as it makes it way to red. It’s important to note that the legend changes as the water temps change throughout the year. So while this one shows an 11-degree swing between 66 and 77 degrees, at other times of year the blue may be 53 degrees and the red 64. 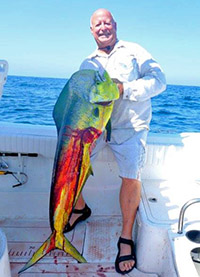 While it’s great to know what the water temperatures along our coast are before you go fishing, it doesn’t necessarily help you figure out where to fish. The black arrow in the picture points to a hard temperature break, where there is a sharp change in water temperatures. These types of temp breaks can be good places to look for fish. 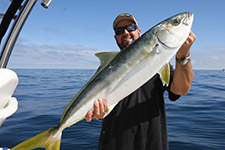 “The thing I look for is an established temp break, the older the better. It takes a while for the bait and fish to find the break.”

“Once I’ve located a break, I’ll work both sides of it. A lot of guys automatically assume that the fish will be on the warm-water side, but that’s not always the case. When you find a good break, work it. Kelps and life tend to pile up in certain sections of these breaks, so run along it looking for sign. When you find the life, you’ll find the fish.” 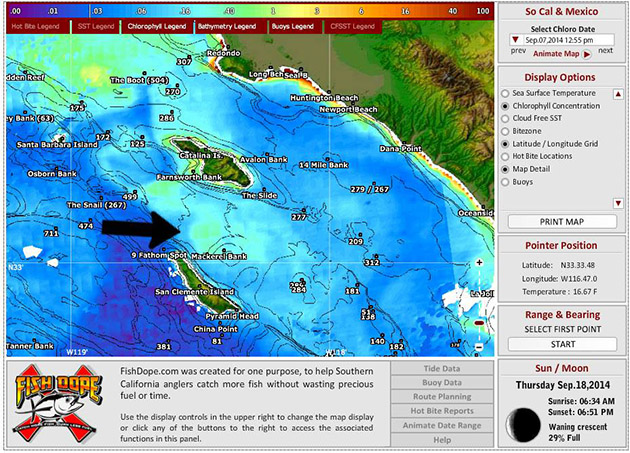 The Chlorophyll Chart is another valuable tool for offshore anglers. What this chart shows is the concentration of chlorophyll in the water. The measurement legend goes from blue to red, just like the SST chart, but in this case it’s measuring milligrams per cubic meter of chlorophyll. Scientific stuff aside, blue means clean water and the further across the scale you go the dirtier it gets.

But more chlorophyll isn’t always a bad thing as plankton produces it and plankton is food for baitfish, which in turn is food for game fish. So, much like temperature breaks, a chlorophyll break can aggregate fish. This image was also taken on September 17th and the black arrow indicates where there is a chlorophyll edge within a band of warm water. 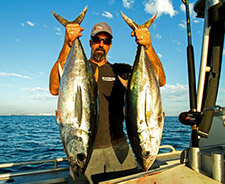 This edge will probably indicate a color change in the water, but even if it’s hard to notice when on the water, there may be bait and fish along the edge. A friend of mine encountered this the other day while making a run to Long Beach from the Cortez Bank. Throughout the morning they’d been running through purple blue water and didn’t see any signs of life. But just off the east end of San Clemente Island, they passed into a stretch of dirty water and within minutes found a school of breaking yellowfin that bit wide open. Those fish were feeding on baitfish that had likely been attracted by the plankton that was dirtying up that water.

Another question that’s come up repeatedly is how to properly fish dolphin schools.

While everyone’s got their own way of doing things, according to Capt. Hussainy there are some things that work better than others. “Common dolphin are probably the single best visual indicator we have to help us find pelagics.”

“They’re big, splash a lot and you can see them from miles away with a good pair of binos. When the hole-heads are holding tuna they’ll generally have birds with them and they tend to be very active, jumping and splashing on their sides. If we see a good pod of dolphin with birds and “side slappers” it’s typically game on. 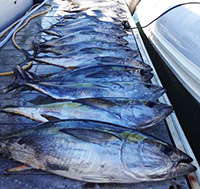 When approaching the school, we’ll typically troll the perimeter and out in front of the dolphin. If that doesn’t produce a bite we’ll get out in front of the pod and drop a variety of offerings including; fly-line baits, baits with a sinker, yo-yo jigs and Megabaits. A little bit of live chum here will help pull the school of tuna to you and get the bite started in a lot of cases. Take care not to run the dolphin over at any point. This will just scatter them, along with the fish and significantly reduce your chances of catching anything.”

I’m always happy to answer any reader questions via email or within an article like this, so don’t hesitate to send me an email at [email protected] if there’s anything you’ve been wanting to know.