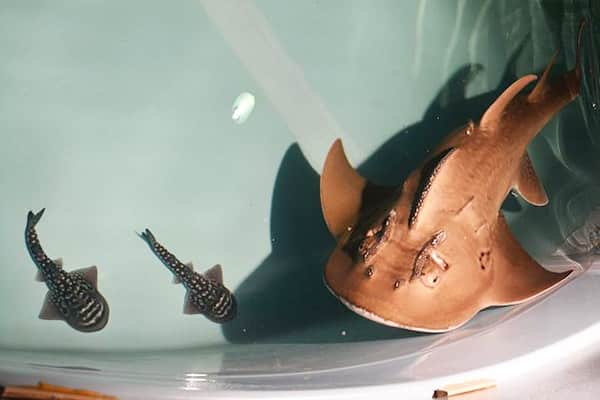 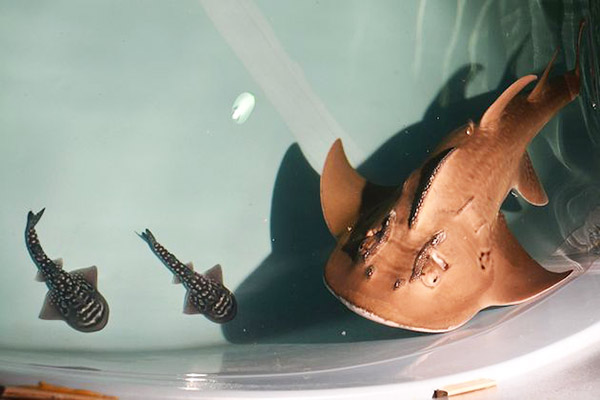 The staff at the Newport Aquarium in Newport, Kentucky, was proud to announce the successful breeding of their extremely rare shark rays or bowmouth guitarfish. This endangered species from the indopacific region remains a mystery in many aspects.

The display at the Newport Aquarium was the first in the western hemisphere to exhibit these fish that look like the head of a ray and the body of a shark. The aquarium began their Shark Ray Breeding Program in 2007 and over time added shark rays to the current total of two females and two males. 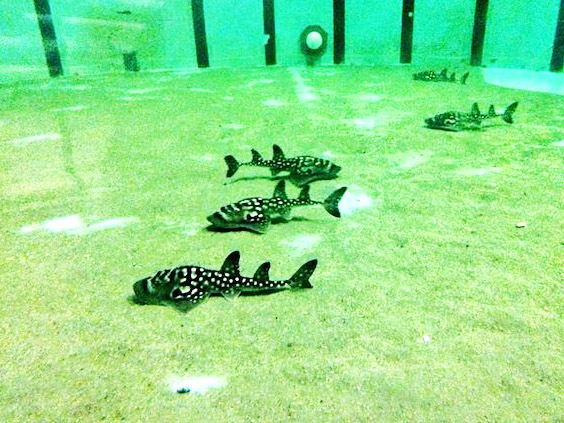 The female shark ray known as Sweet Pea, gave live birth to 7 pups up to a foot long and weighing about two pounds.

Six of the seven have survived and been moved to their own tank, where staff will work to get them eating crabs and other natural food items and build their strength.

They are now in an offsite area, but dates will be announced when these rare fish will go on display at the aquarium.