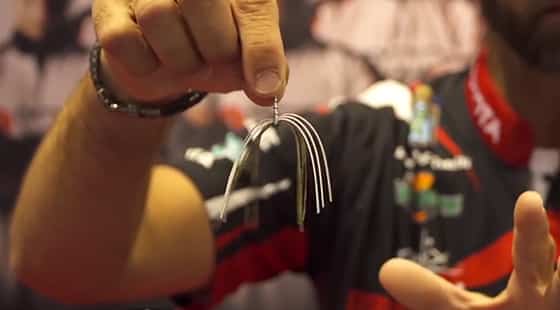 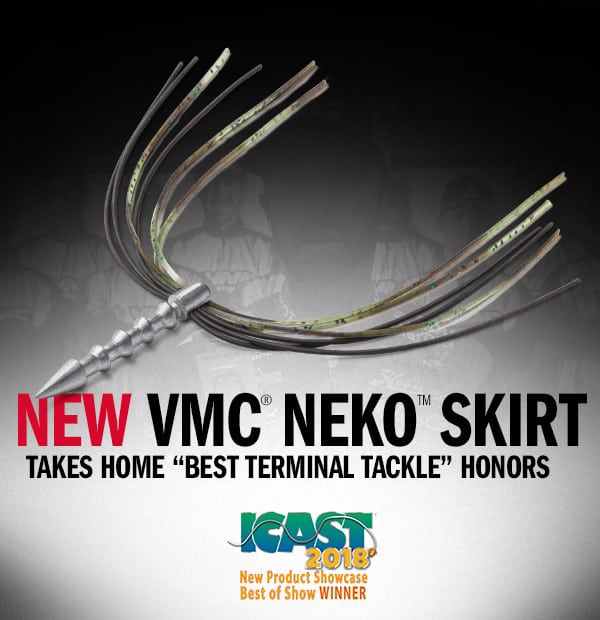 Congrats to Rapala on their win of Best of Category – Terminal Tackle with their VMC NEKO Skirt at the 2018 ICAST tackle convention. 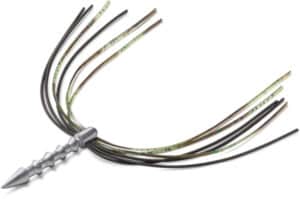 One of 1,000+ new products submitted by nearly 300 companies in the annual expo’s New Product Showcase, the VMC Neko Skirt stood out from competition in the Terminal Tackle category as a never-before-seen offering for one of the hottest finesse rigs in fishing. The skirt promises to become one of this year’s must-have new products for bass-obsessed anglers throughout the United States. 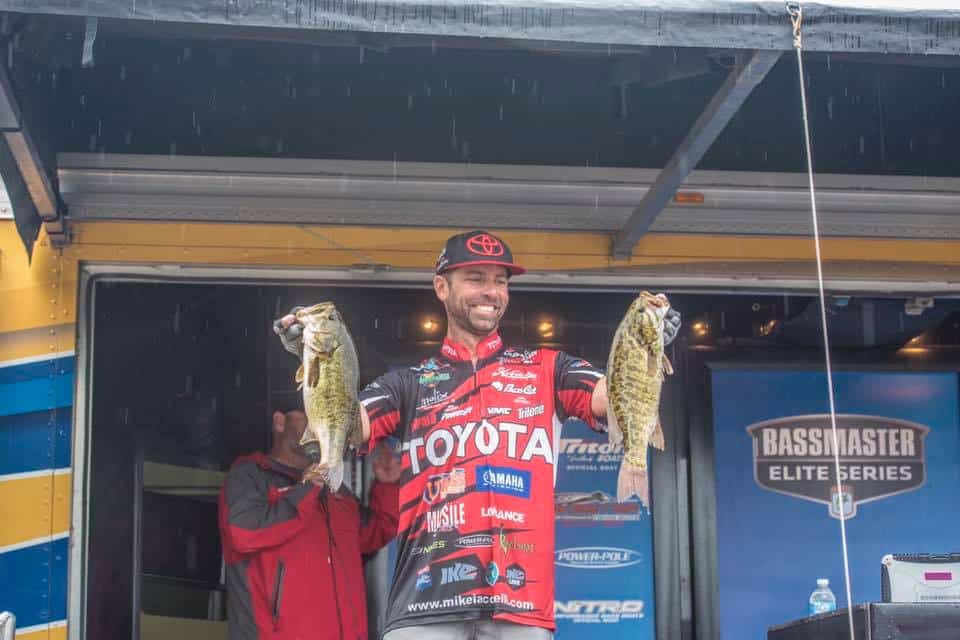 “When you shake and pause a Neko Rig, wacky worm or shaky-head worm, the VMC Neko Skirt puffs out and expands, just like a jig skirt,” says Iaconelli, an early adopter of the Neko Rig technique. “That action gets a bass’ attention and will get you more bites.”

The new Neko Skirt is designed with living rubber and silicone, creating a unique action underwater at all water temps, “especially as it’s puffing out,” Iaconelli says. Epoxy resin anchors the skirt within the end of a custom VMC Neko Weight. Conical ribs on the spike-shaped weight anchor it within an angler’s favorite finesse worm without damaging it.

“This is a really special weight,” Iaconelli says. “When you look at the back, here’s where the magic kicks in — you see a skirt built in. The Neko Rig is the hottest finesse bait around right now. Add a Neko Skirt and it’s even more deadly.”

The VMC Neko Skirt is easy to use. Simply insert it into the end of a favorite soft bait (anglers may choose the thicker end when fishing an asymmetric worm). It can enhance the action of a Neko Rig, wacky worm and shaky-head worm, just to name a few.

Iaconelli suggests leaving a little bit of the weight sticking out of the worm’s end. 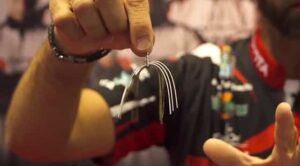 “That way, when it’s pecking on the bottom as you shake it, you get that noise, but it also allows that skirt to breathe and to puff out,” he says. Bites come often while pausing between shakes as the skirt billows.”

The new Neko Skirt is the perfect complement to VMC’s full Neko Rig line-up of products, a collection of custom hooks and weights designed to deliver anglers best-in-class solutions for the on-trend technique. From the original VMC Neko Hook, Weedless Neko Hook and all new Finesse Neko Hook to the brand’s proprietary Neko weight offerings, VMC provides anglers with everything needed for quick, convenient rigging.

“The Neko Rig is one of the hottest new finesse trends going around right now,” says Iaconelli, the only angler to have won a Bassmaster Classic, Bassmaster Angler of the Year and B.A.S.S. Nation Championship. “If you use traditional finesse techniques, like soft stick baits and wacky rigs, give the Neko Rig a try and be sure to complete your set-up with a Neko Skirt that perfectly matches your local forage species. You’re going to catch fish you never thought you’d catch before.”