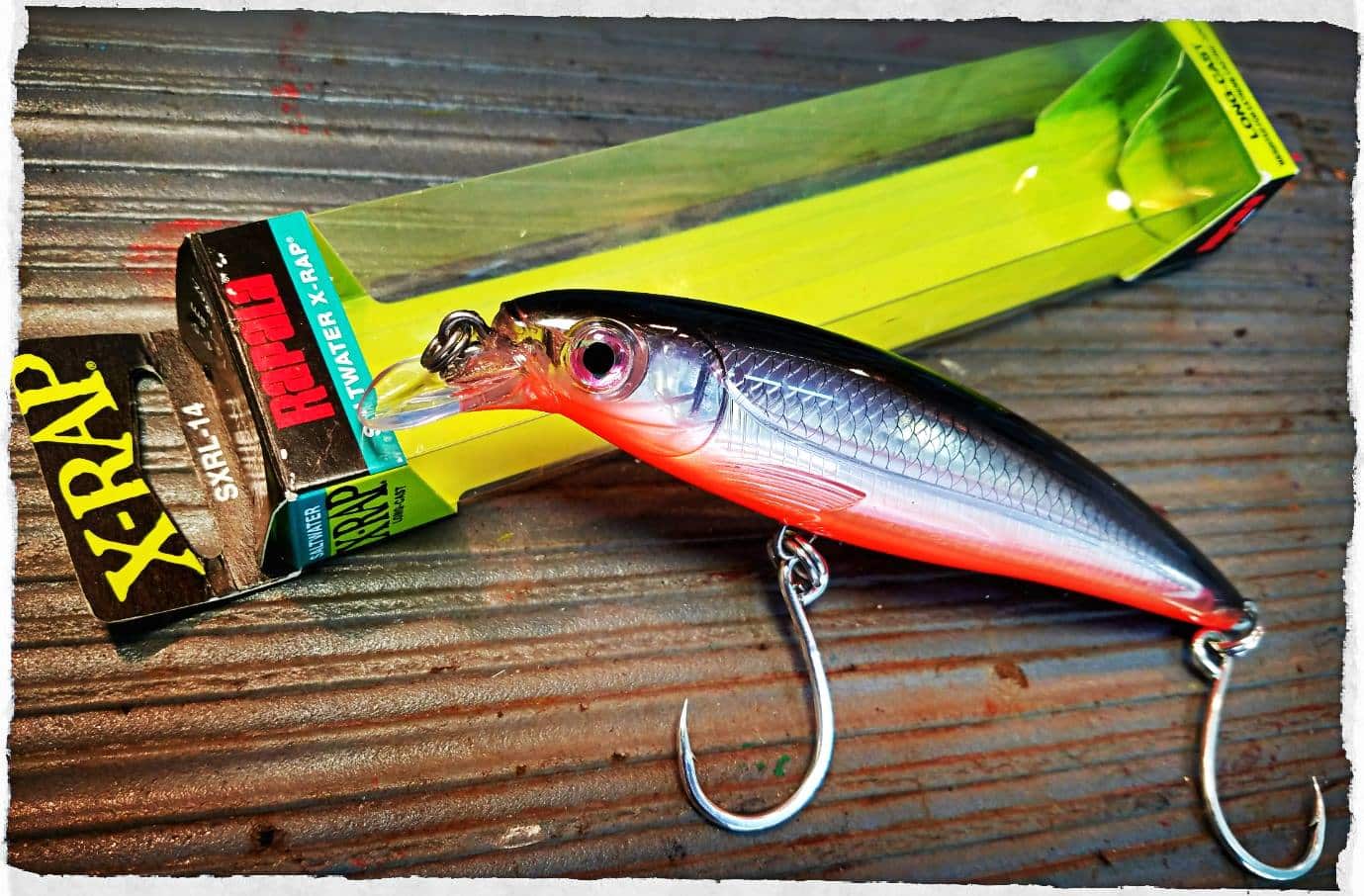 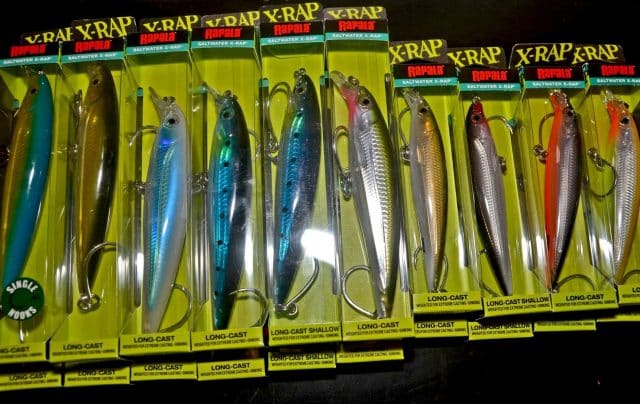 I’ll be honest, I’m a little late in getting behind fishing hard baits for calico bass. Don’t get me wrong, I’ve had them in my tackle box for years; I just rarely tied one on and fished it. As with many baits, my resistance to throwing one was mostly due to a lack of confidence in my ability to catch anything on them. It was standard non-confidence bait operating procedure, I’d tie one on, make a few casts, not catch anything and go back to fishing baits I trusted.

After watching friends and tournament competitors regularly catch fish on hard baits, I decided to put some time into figuring out how to catch fish on them. Just like with every other bait, it just takes an open mind and a commitment to keep casting until you start catching fish. I eventually did start catching fish on hard baits, but they never made it onto my list of preferred baits because the treble hooks were just too snaggy. If I wasn’t snagging kelp, I’d be snagging surf grass, if not grass then my own fingers. I actually had to have my friend Jimmy Decker cut a hook out of my hand the first time I caught a double on calicos on his boat. 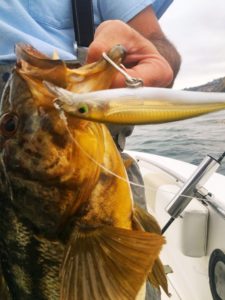 Last year, a friend sent me this photo of a calico he’d caught on the new Rapala X-rap Long Cast bait and I was immediately intrigued by the single hooks. That picture lead to a conversation about the new baits, which in turn led to me ordering way too many colors, sizes and styles, as can be seen in the photo at the top of this article. In the process of amassing my lure hoard, I made sure to cover both sizes (they make a 4 3/4 and a 5 1/2-inch bait) and both depth ratings (lipless runs 1 to 2-feet and lipped runs 4 to 5). They offered about a dozen different colors, but I stuck to some of the proven Southern California colors. The price point on these lures (around $14-16 depending on size) is lower than some of the other popular brands but they look good and feel very heavy duty.

I’ve fished the lures extensively over the past few months and am very happy with the results. During this year’s SWBA California Offshore Challenge, my partner Matt Kotch and I spent both days fishing water less than 10-feet deep on the front side of San Clemente Island and one or both of us had these baits in our hands much of the time. The area we were fishing had a lot of fan kelp on the bottom and to get bit you needed to have the bait running just above it which resulted in regularly snagging it. The single hooks excelled in this situation as they’d tear free without fouling hooks with a clump of kelp that would negate the rest of that cast. It’s also important to note that I did not need to cut any hooks out of my hand during the tournament. 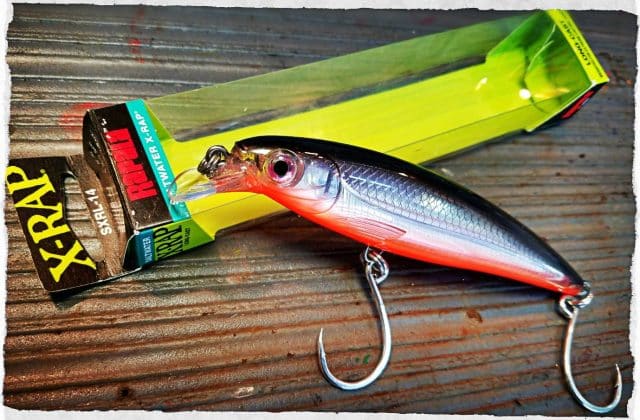 Rapala Pro-Staffer Ty Ponder has been fishing these baits a lot longer than I have so I asked him to share his insight on the bait. “As a hardcore calico bass tournament fisherman, I’ve always dreamed of the day when I could pull a hard bait right through the middle off the kelp without getting constantly snagged. Well, the first time I saw these baits I knew that day had arrived. Rapala has revolutionized our fishing capabilities with the introduction of the X-Rap Long Cast (LC) series. Utilizing premium VMC single hooks, Rapala developed the Inline Single Hook system which now allows us to work this bait right through the heart of the calico’s primary habitat.”

“In my opinion, the hooks are just the icing on the cake though. What makes this bait really special is that it weighted extra heavy to fire out amazingly long and accurate casts, which is a huge advantage when you need to reach the beach or cast into the wind. The original X-Rap Slashbait series was already known for it’s superior castability, but this one takes it even farther. I’d say I get at least an extra 20% distance on average. This extra distance is critical when trying to reach the larger, solitary calicos that thrive among the rocks and skinny water. As for straight swimming action, it has an excellent side to side wobble combined with a more exaggerated lateral motion than the original X-Rap. While the the original model does display a more pure and natural swimming action, the Long Cast has more wobble and combined motion. In addition, the Long Cast has an extraordinary fluttering action that draws very aggressive strikes on the sink. It can also be retrieved at any speed and with any combination of angler induced darting actions while maintaining its depth.”

“If you ask me, will the X-Rap Long Cast ever replace the original model in my tackle box? Not a chance. But on the other hand, do I find the X-Rap Long Cast a necessary addition to my arsenal? Absolutely! Every fishing day is different, and the golden opportunity to finally work a hard bait through the kelp, fire out extra long cast to reach the target zone, and work a Slashbait at depth gives me a huge advantage. Which one do I pull out on a given day? I’ll let the fish answer that question.”