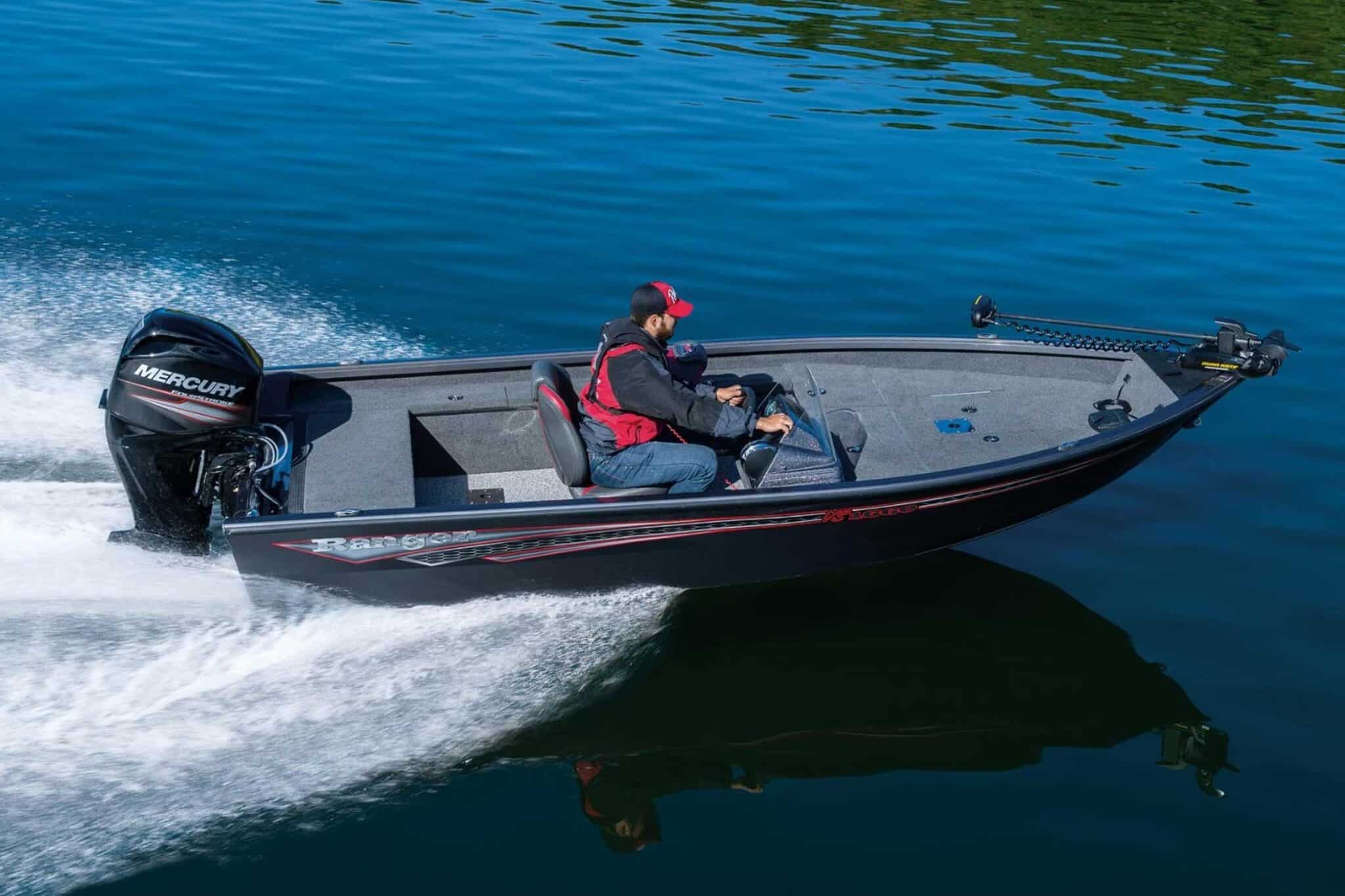 The Ranger VS1660 will put a hurtin’ on the fish, but not on your bank account.

Even those of us who aren’t five-percenters, much less two-percenters, love to dream about owning a sick convertible fishing boat like the Bertram 61, or a monster center console yacht like the HCB 65 Estrella.

But many folks are concerned that so much emphasis is put on those uber-expensive fishing machines that the average Joe gets left out of the mix. They think that new boats have just become way too expensive for most of us to afford. Those folks clearly aren’t familiar with models like the all-new Ranger VS1660, a boat-motor-trailer package that puts you out on the water and slaying fish for under $20K.

No, of course this boat doesn’t have capabilities anything like those big fishing yachts. But when it comes to fishing just about any body of freshwater and/or relatively protected inshore and bay waters, it’s just large and capable enough to do the trick. And even at this rather shockingly low price-point, you’re getting a quality build.

The hull and deck are 5052 H34 marine-grade 0.01”-thick aluminum, under-deck cavities are foam-filled, the boat’s wood-free and all-welded, and it has a molded fiberglass console cap. The interior is covered in marine outdoor carpet, which serious anglers will probably want to upgrade to vinyl ($190) so clean-ups are a bit easier. The trailer is also above-grade, with a swing-away tongue, a folding jack, side bunks, and Road Armor coating.

An even bigger surprise is the fact that Ranger prices out the boat with the maximum power outboard.

A 50 horse Mercury ELPT FourStroke is considered standard. You could opt for a 25 and knock a couple grand off the price, but we’d recommend against that move. With the 50 you’re looking at cruising speeds in the low to mid 20s and a top-end in the low 30s. Cutting the power in half you’ll be lucky to cruise in the upper teens, and risk being unable to plane out with a heavy load.

When it comes to fishing features included as standards again the boat holds a few surprises. Both a Minn Kota 55 US2 electric trolling motor and a Lowrance Hook-2 4 fishfinder are included in the package. We’d suggest upgrading the Hook-2 4 to a seven-inch model since a four-inch LCD screen can be tough to see, much less when split between fishfinder and chartplotter screens. But we’re slightly miffed at the $805 up-charge, considering that the seven-inch unit goes for around $600 including chartography and a transducer. The only other beef we have with this boat is the driver’s cupholder, which is the fold-out plastic type that inevitable gets broken off when someone leans against it or walks into it by accident.

Other fishing accouterments: there’s an aerated livewell in the foredeck, a locking rod stowage box, and three pedestal-mount seats. These aren’t the super-cheap plastic fold-ups, but are actually comfortable seats with substantial backrests. The foredeck also houses two dry stowage compartments, and a small compartment in the port side just behind the rodbox is sized to accept three plastic Plano boxes. A second box running along the starboard gunwale holds additional gear. The aft casting deck houses fuel and a cranking battery, and has a bit of extra space left over for more stowage. Nifty perk: in a sign of the times, Ranger also put a couple of USB ports on the console.

Will you be fishing from the Ranger 1660VS when it’s blowing 20 knots and the waves top two feet? We certainly hope not. Will you run it dozens of miles offshore, to get in on the tuna bite? That wouldn’t be the best move. But for a wide variety of fishing situations this little 16-footer will get the job done, and at a cost so economical you just can’t complain – no dreaming necessary.