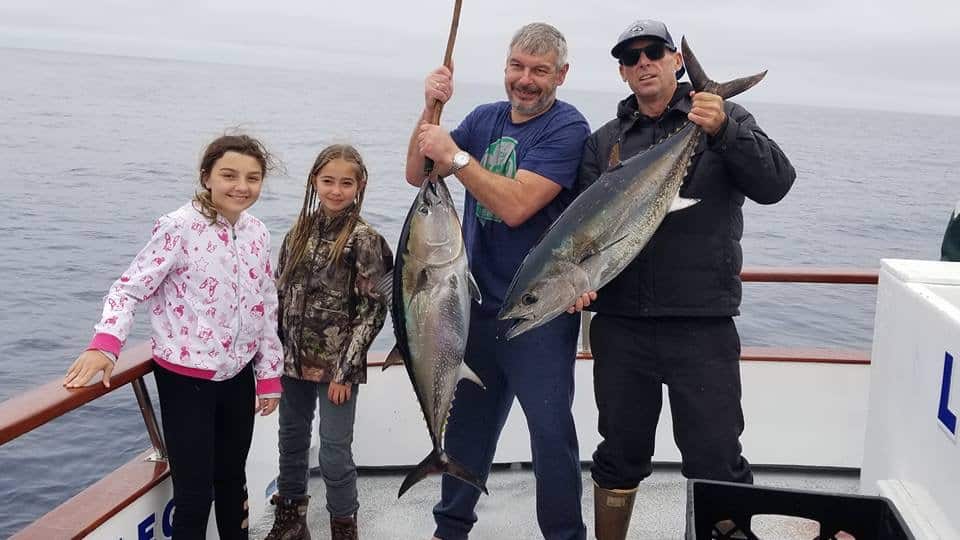 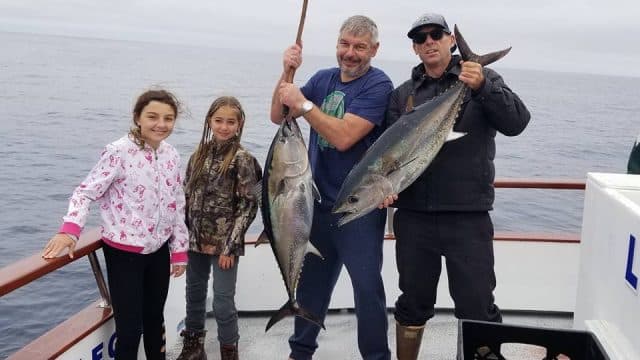 Its been another rainy week in Southern California and that means fishing coverage has been spotty at best. It isn’t raining at the time of this writing on Thursday morning but there’s another bout of showers forecast to roll across the south land Friday night into Saturday morning. The good news is that there aren’t any clearing winds following it in the forecast, so most areas along the coast should be fishable for everyone and the islands should be sportboat accessible at the very least. 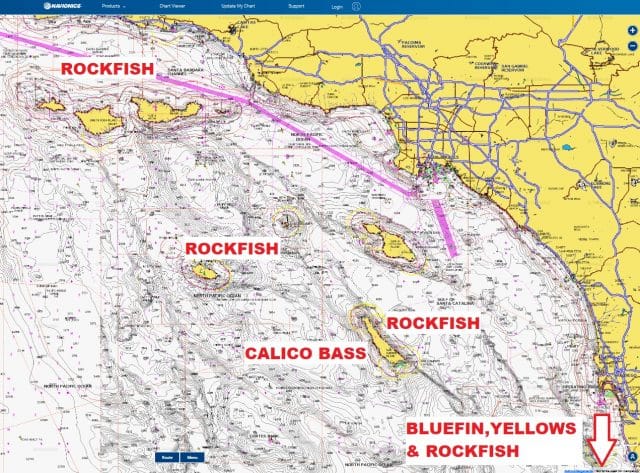 As you can see on the Navionics chart, rockfish continue to be the main draw. An interesting exception to that is the photo at the top of this column. The two bluefin were caught on an overnight trip aboard the Legend out of H&M Landing on Sunday along with limits of kelp paddy yellowtail. The tuna came from a pocket of warm water located within 70 miles of San Diego.

While only landing two tuna, the captain reported seeing multiple schools of fish in the area. Seeing a volume of fish this close to home reinforces my belief that the local bluefin never left this winter and that the fish could pop back up and start biting anywhere in the SoCal Bight at any time. I’m not expecting it to happen any time soon, but wouldn’t be a bit surprised if people started seeing more fish as we come into the full moon at the end of the month. 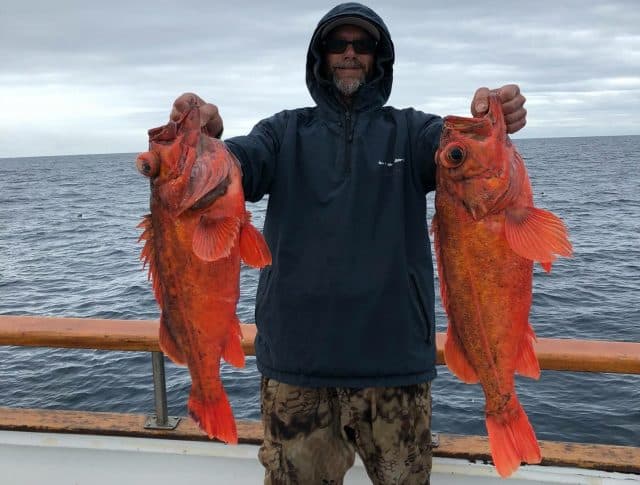 That’s enough offshore dreaming for today, it is a rainy March week after all, the rockfish are biting for the boats that have been able to get off the dock this week. The two big reds above came from a 1 1/2-day trip out of San Diego over the weekend and show the quality of fish available along the Baja coast. The big rockfish are also biting at the Channel Islands but weather has been enough of a factor to keep most boats at the dock. The weather is supposed to calm down up there this weekend with Saturday looking like the better day to fish. Private boaters might want to think long and hard about making an island run because the channel is probably going to be nasty. 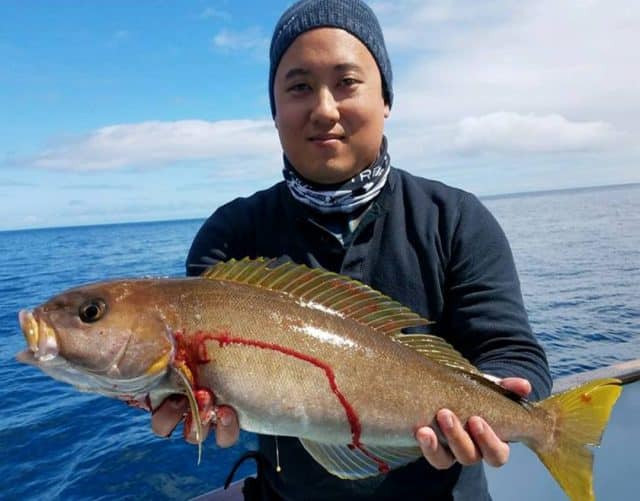 San Nicholas Island is biting but the weather has been keeping boats from making the run there this week. I’d imagine the El Dorado out of Long Beach Sportfishing will be heading there this weekend if you’re interested in fishing the island. The Thunderbird out of Davey’s Locker has been fishing San Clemente Island and has been catching limits of rockfish and quality whitefish, like the one pictured above, for light loads this week and has trips online every day. The calico bass bit for private boaters fishing Clemente over the weekend, but there haven’t been any reports since. The way the forecast looks, private boaters should hold off until Sunday before trying to make the run to the island for bass or rockfish.