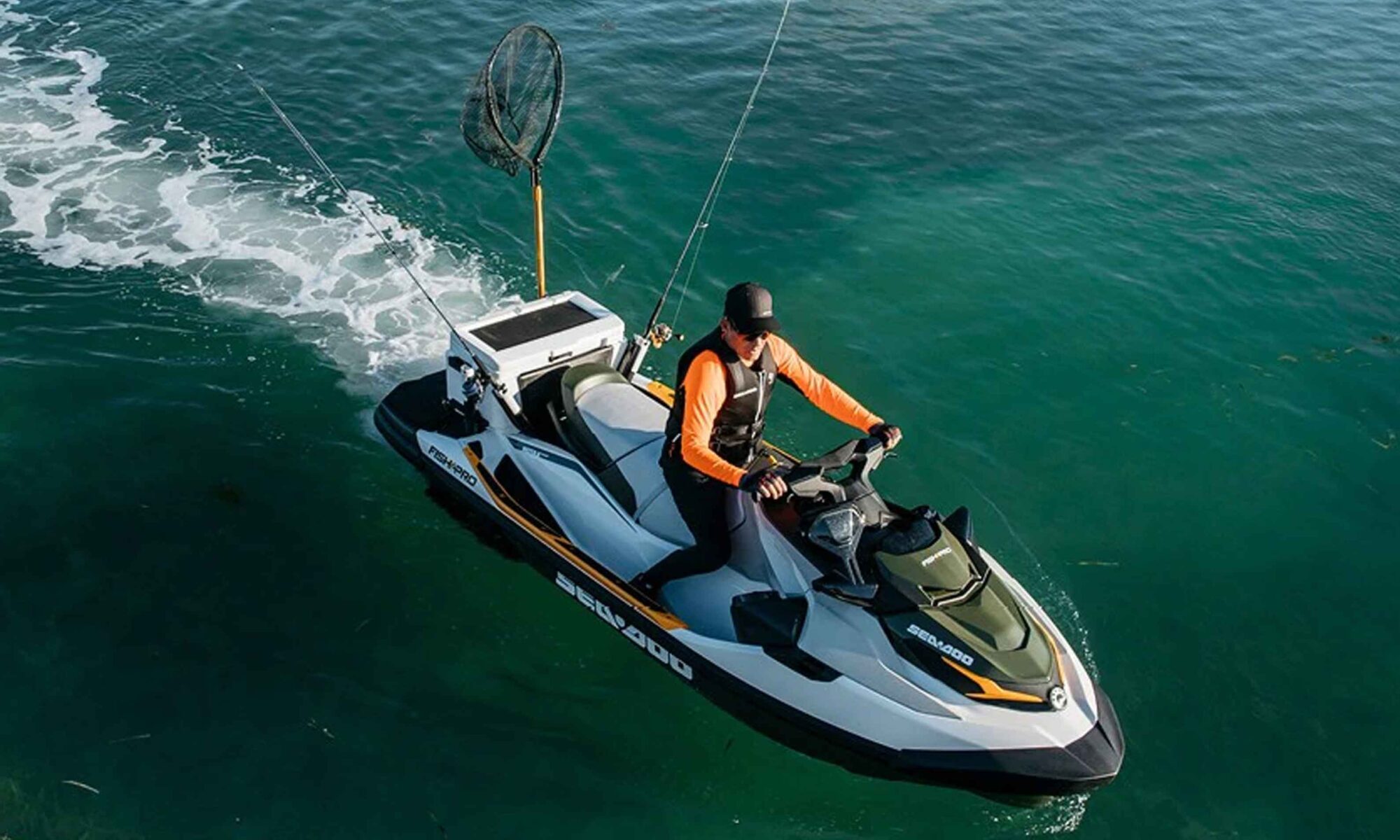 Fishing from a PWC may not be the first thing you think of when good weather and a hot bite are on the horizon, but if you’re looking for a thrill it might just fit the bill.

Peruse BDOutdoors long enough and you’ll come across our Jet Ski Anglers forum.  Yes, there are enough folks out there fishing from personal watercraft (PWCs) that we have pages and pages of chatter from saddle-riding sailfish anglers and Jet Ski jiggers. But, why in the world would anyone decide to fish from these loud, fast, rather uncomfortable pocket-rockets rather than a proper fishing boat, in the first place?

Is Fishing from a PWC Fun?

I’ve personally fished from a PWC, while targeting sailfish off Palm Beach (we didn’t score a sail but we did catch mahi-mahi, kingfish, and jacks) and I can attest to the rush you get from blasting over the waves for miles on end, single-handedly setting out baits, and fighting a pelagic nearly as long as your “boat” up to within a foot or two of your exposed body. It is a serious adrenaline rush. Will you catch as many fish as the guys over yonder on their convertible? Heck no. Do saddle-sores start to appear six or seven miles into the trek? Yes. Does landing a billfish or a toothy critter become significantly more dangerous? Youbetcha – and truth be told that’s half the rush.

But don’t take it from me. Along with the evidence provided by how much play our forums get on the topic, PWC fishing has become popular enough that Sea-Doo recently introduced a dedicated fishing model, called the Fish Pro. Major manufacturers like Sea-Doo don’t take this step unless there’s sufficient demand, and the Fish Pro is more than just a modified Sea-Doo ST3 hull. They made significant changes and lots of tweaks to turn it into a bona fide fishing machine. The seat is reshaped to be comfortable for the long runs but also allow sitting side-saddle while fishing; gunwales are angled in to serve as footrests while sitting sideways; an extra foot of aft swim platform is added on to boost stability and room for gear, and a Garmin ECHOMAP Plus 62CV fishfinder sits at the helm. The control system also incorporates a trolling mode, with nine pre-set speeds.

The biggest change, however, was made possible with the addition of Sea Doo’s LINQ accessory system. This is a mounting system they introduced which can secure a number of items, like spare fuel tanks, coolers, additional stowage compartments, and ski pylons, to the back of the PWC. In the case of the Fish Pro, it holds a 13.5-gallon cooler with four integrated rod holders, tackle stowage and bait compartments, and a recess in the lid for rigging.

How to Rig a PWC For Fishing

Though buying a dedicated fishing PWC is now an option, many people choose to customize their existing rigs. And since this is how it’s been done by PWC fishing fans for many years, there are lots of examples to point to and work from.

Most incorporate a cooler rack for the stern, with rod holders and sometimes racks for additional stowage or fuel cells welded or clamped onto the structure. Some creative garage-builder-anglers have also developed PVC pipe-built versions. In most cases, they’re removable structures that are strapped to the stern of the PWC or may be attached to quick-release mounts, while some are bolted down permanently. Some anglers also choose to add forward grab rails with rod holders attached.

There’s actually a small cottage industry of sorts that’s sprung up around PWC fishing. Numerous aftermarket providers like Kool PWC Stuff, Pac-Rac, and BroCraft offer different versions of racks, arches, and mounts for turning your PWC into a small but effective fish-hunter.

All boats, no matter how large or small, have their own safety issues that go along with fishing from them. Naturally, PWCs are no different, though they do have some added issues. First and foremost is the fact that nothing but a pint-sized hull and some air separates you from the deep blue ocean. It’s also a lot easier to fall off of a PWC than it is to fall off a boat. So the vast majority of PWC anglers who travel outside of protected waters do so in pairs or even packs. This has spawned a number of Facebook groups like Delaware Jet Ski Fishing, Galveston Jet Ski Fishing, and Jet Ski Fishing-Florida, where like-minded anglers can hook up and fish together when they’d otherwise have to go it alone.

Aside from sheer size, fuel capacity is another limiting factor PWC anglers need to keep in mind. Most PWCs don’t have huge fuel supplies, and even when carrying extra fuel, the range is likely to be somewhat limited.

Then there’s exposure to consider. Fish from a PWC and you won’t have any protection from the sun, spray, rain, or for that matter, anything else. Proper attire is required.

When push comes to shove, there’s no doubt that you could be a whole lot more comfortable fishing from a “real” boat. So, why do some people get so into PWC fishing? And why would you or I ever so much as consider it? Because, plain and simple, it’s fun. Insanely fun. Give it a shot, and we’d bet you agree.