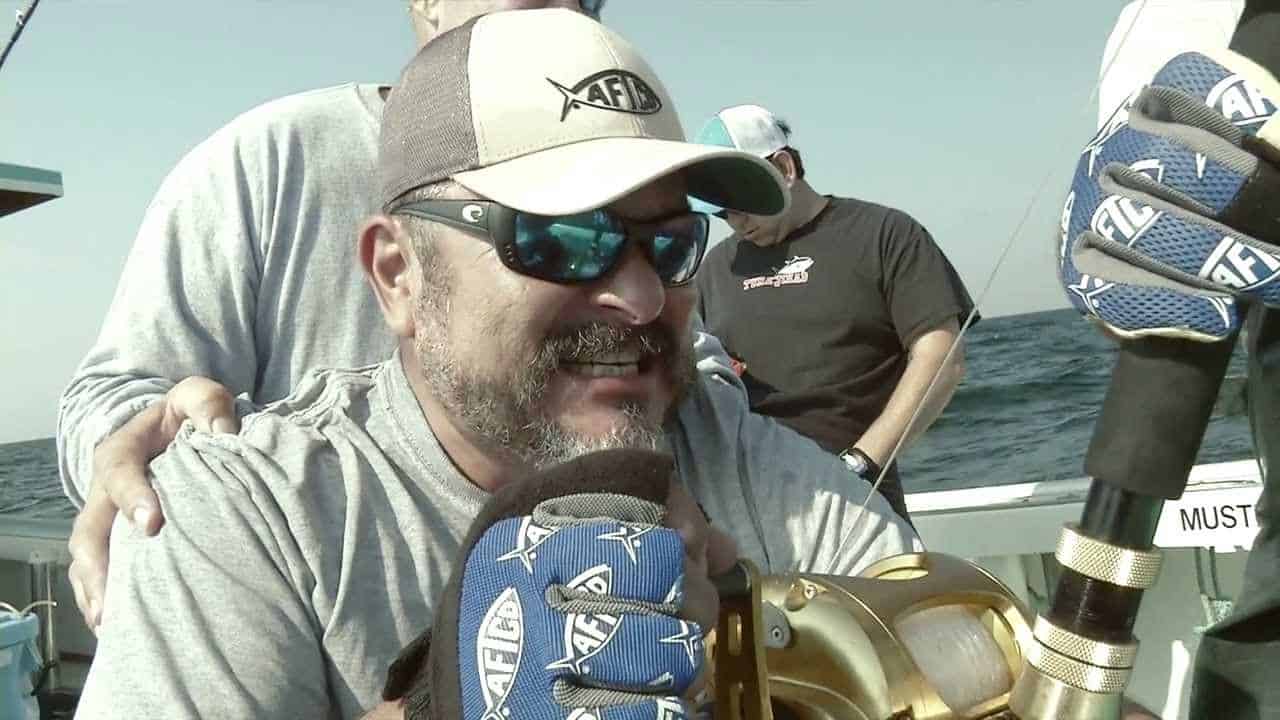 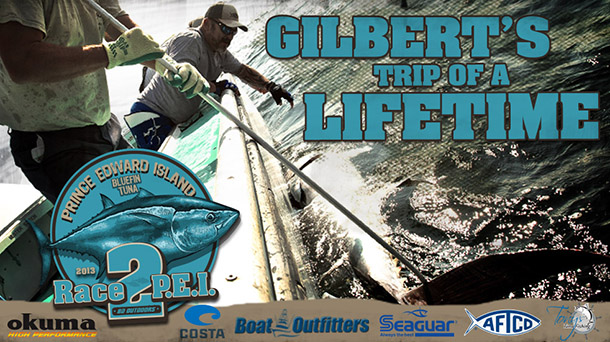 As many BD readers are familiar with our Race to PEI Contests, you have already met Gilbert Saucedo from California. He entered the contest on a whim and says he still can’t believe he won.

To help bring back the memories, we put together this awesome video of our great trip with Tony’s Tuna Fishing in Prince Edward Island. Capt. Tony and his crews treated us to a true once in lifetime fishing experience. The scenery, the food, the fun and of course the giant bluefin tuna.

We had only been fishing about fifteen minutes, when a giant boil on a drifting flat line, signaled the beginning of Gilbert’s epic battle.

Gilbert fought this fish like a champ, and while the fight had a few tense moments, like the breaking of a rod and splicing the line to another reel, in the end, he released his tuna like a pro.

I just caught up with Gilbert to see how life after giant tuna was treating him. I was worried when he said he was home recovering from knee surgery, but he assured me it was preexisting tuna fishing. I asked him how his homecoming was and what were people’s reactions to his tales.

“ 99.9 percent of family and friends were extremely happy for me. My kids urged me to play the lottery while my luck was hot. A buddy made me a t-shirt with my picture and a giant tuna on it. Only one co-worker, the .01 percent, accused me of making it all up and using Photoshop to create the pictures.” 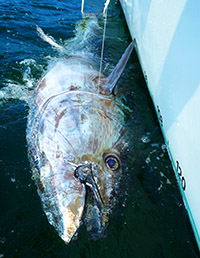 To help Gilbert prove to the doubters that he did in fact whip a 900-pound plus Bluefin, I’m including the new Race To PEI video that should lay any doubts to rest. I let Gilbert see a preview of the video and asked him what it felt like to see it again.

“It’s still like a dream, even though I see the video, it is hard to believe that I won and it all worked out perfect. When I hear my groans in the video, I get a quiver in my leg muscles again.” said Gilbert

The good news is that they say you can’t remember the pain, but the video reminds us of the many amazing parts that were so much fun. I too caught my first bluefin, right after Gilbert, and their power is amazing. Thank goodness they are in shallow water and therefore sounding is not an option for them. Capt. Tony provides a first class operation with a great attitude and great equipment. 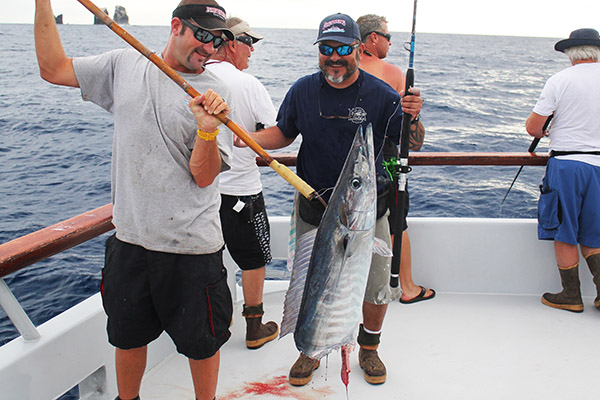 I asked Gilbert if he had done any trips since PEI. He had gone on a ten-day long-range trip aboard the Independence. He said it too was an amazing trip with super people and fishing. He got to check off his first wahoo while trolling, along with yellowfin tuna, dorado and yellowtail. He actually caught his first four wahoo of which he said, “ I had to share half of the biggest one with the “tax man”, a large hammerhead shark.”

Gilbert recounted that during the two-day ride to the fishing grounds, a fellow passenger was showing off his personal best photo album. Gilbert acknowledged his nice 250-pound plus yellowfin, and then the gentlemen asked Gilbert what his biggest fish was.

“Only because he asked, I whipped out my phone and showed him my bluefin. The man was blown away, and proceeded to run around the boat showing the others my fish,” said Gilbert. “ We had a great trip”.

I asked if he had any upcoming fishing plans. He hopes to do some more three-day trips and take the kids up to Lake Loop for trout fishing this summer.

Gilbert hopes “that everyone enjoys watching the new video, half as much as I did living it.”

So remember when you see a BD contest pop up, it’s not Photoshop, and the next winner could be you. 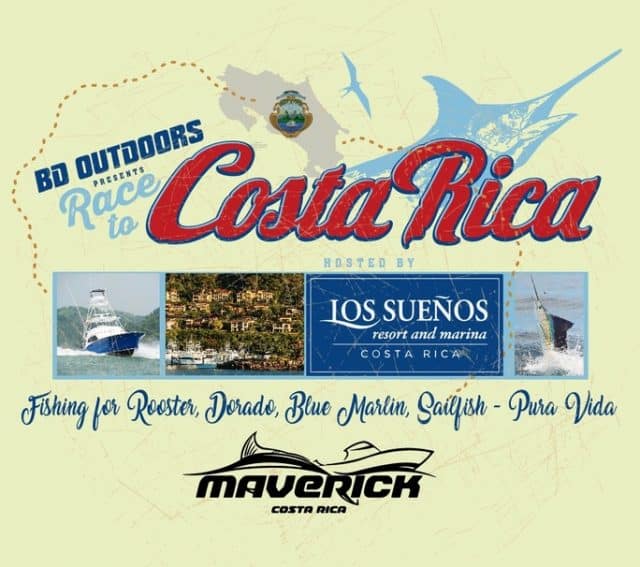 Click HERE to Enter the Race to Costa Rica. The drawing is soon!