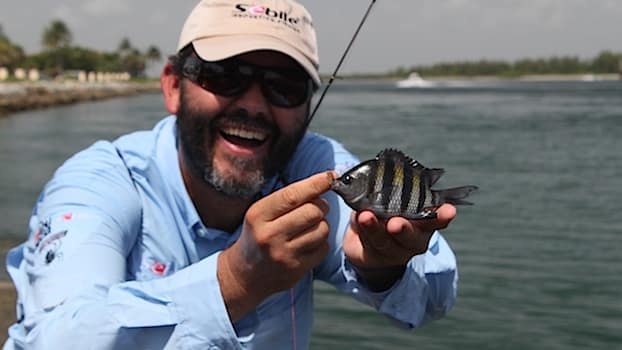 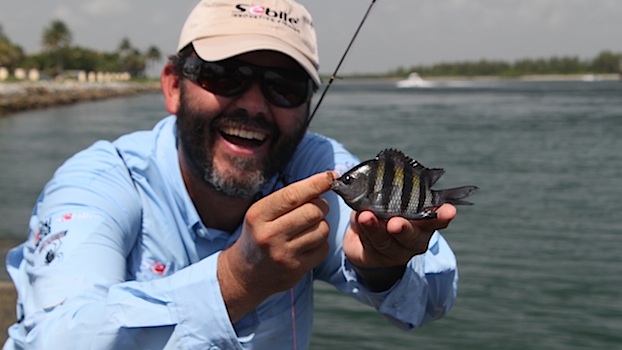 Well-known lure designer and fisherman Patrick Sebile has been on a lifelong quest to catch as many different fish species as he possibly can. At the age of 14, Patrick began tracking his adventures and his catches that grew with each passing year. Recently landing a Sergeant-Major, Patrick logged his 700th different fish species.

Locking down number 700 is quite a feat for the international angler that has traversed the entire world in search of his goal.

“That is so good, so sweet,” said Sebile. “When I was only 14, in the southwest of France, I never thought my dreams would take me so far. I’ve fished 64 countries, held many records, created a brand that has revolutionized the fishing industry and joined the top fishing tackle company in the world — Pure Fishing. And now I have had the opportunity to catch 700 different fish species. This is a little story from a kid who was a dreamer then, and who is a dreamer still.”

Sebile landed the fish while on location testing a new line of Sebile lures that will be featured at ICAST in 2013.

Patrick not only has accomplished a childhood dream, he has gone far above what he had expected. His efforts have aided anglers worldwide, and he was included in the Outdoor Life 25 list, recognizing those men and women that are positively impacting hunting, fishing and conservation. Outdoor Life also selected Sebile as one of the 20 best anglers on the planet.

These recognitions speak greatly about the integrity and dedication to him as a person and as an advocate for the entire fishing industry. Patrick has held more than 300 International Game Fish Association (IGFA), European and French fishing records.His last milestone, his 600th fish species, was landed in May 2010. He has worked on the conservation side, supporting the Recreational Boating and Fishing Foundation and the IGFA’s fish management efforts.

His next quest is number 800, but it isn’t about the number for the angler — it’s about his lifestyle and mindset.

“To be honest, nothing will make me more proud than if my species number quest drives other anglers, especially young anglers, to be inspired into this venture. Perhaps, starting their own fish species count,” he said.

Sebile Lures has always strived to create lures that give anglers the best opportunity to land multiple fish, as well as, keep conservation efforts in the forefront of company values.