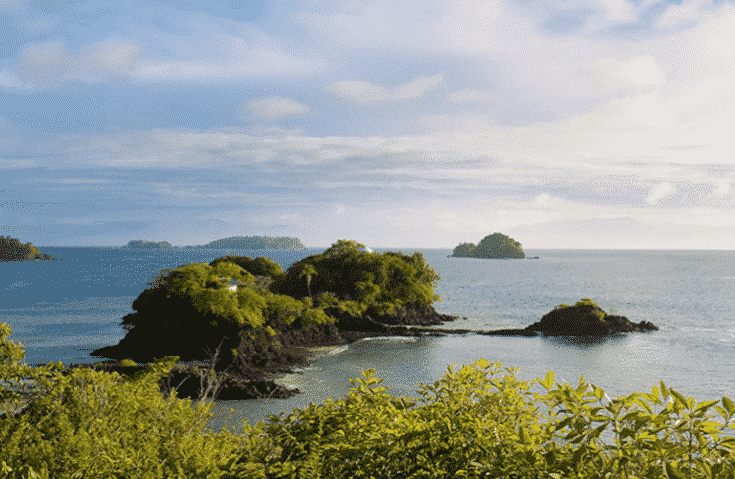 Making The Trip To Panama 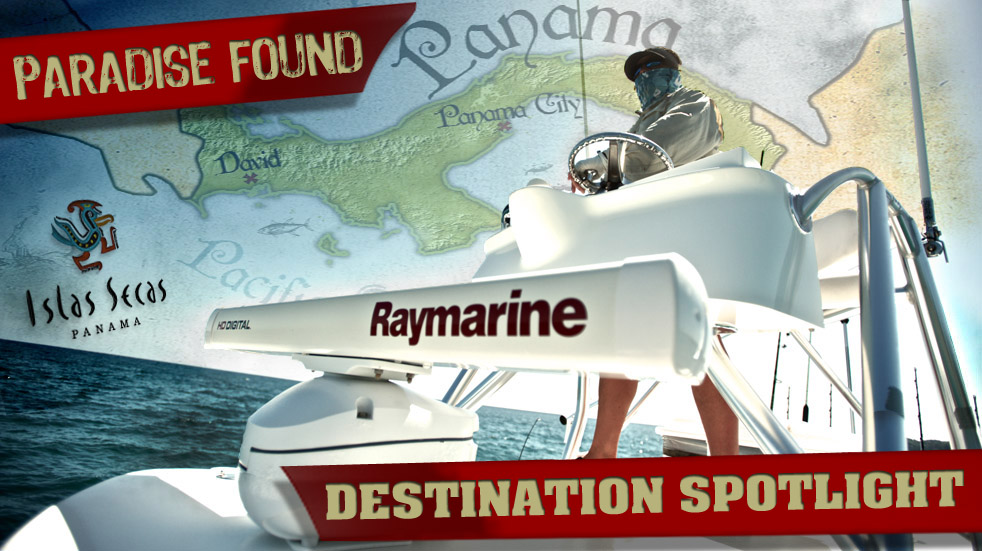 World-renowned angler Carter Andrews is at it again, providing a unique, one-of-a-kind fishing experience to those hungry for adventure. Scouring the waters near the pristine 16 jungle-clad volcanic islands known as Isla Secas, Carter is heading a top-notch fishing program in some of the most productive waters on the planet. 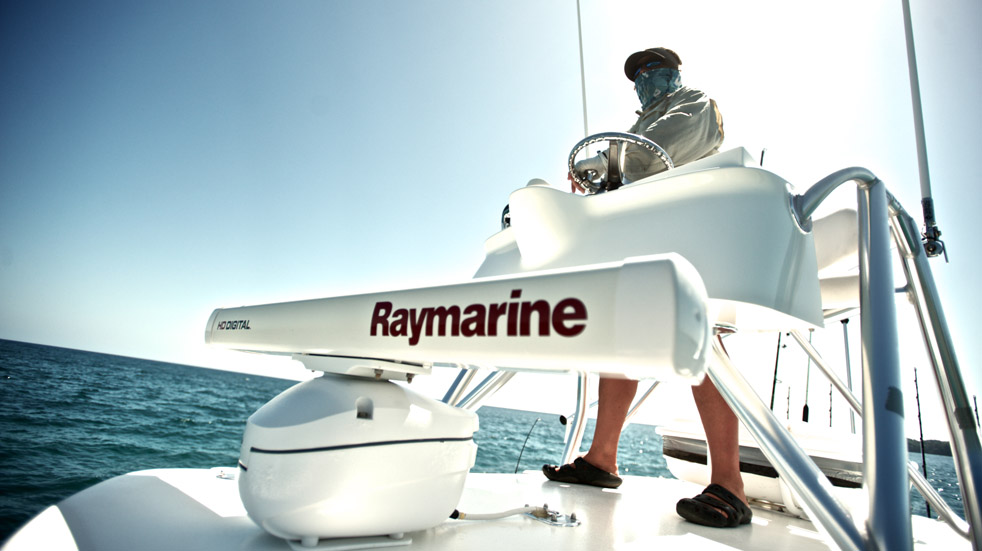 From trout fishing Wyoming, to refining a live-bait fishery deep in the Bahamas, Carter Andrews has devoted his life to sharing some of the world’s most epic fishing with clients from around the globe. 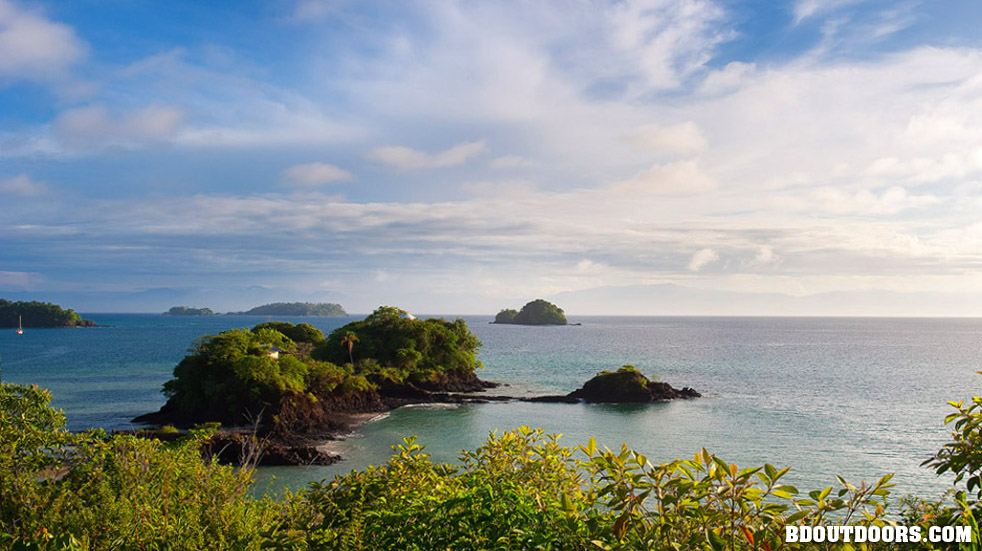 Today, Carter has taken it to the next level as director of fishing at the Isla Secas Resort, a chain of 16 pristine islands located in the heart of Panama’s Gulf of ChiriquÃ­. Photo by Brian Grossenbacher 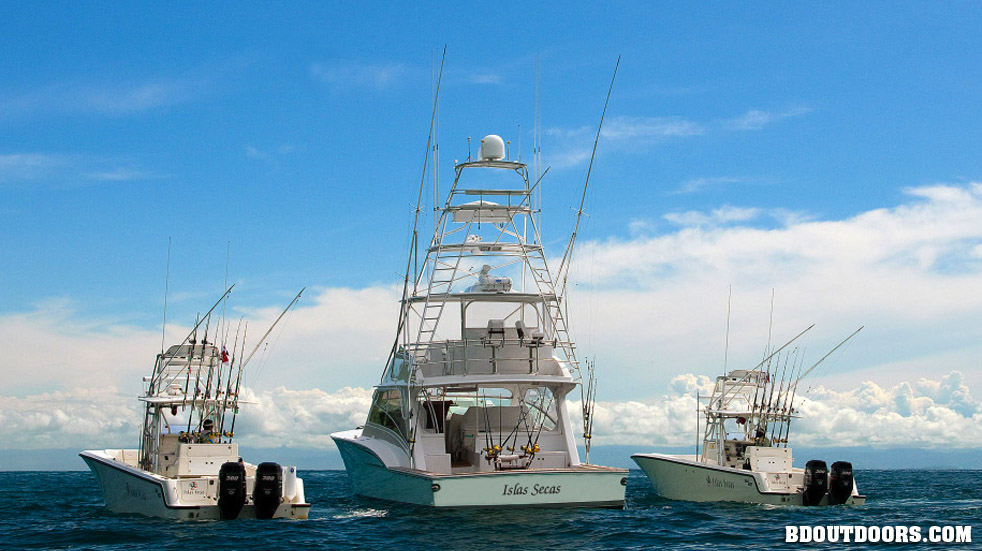 The fleet of two 34-foot SeaVee center consoles, and a 58-foot custom Donzi are rigged to the gills with leading tackle and electronics to guarantee nothing short of an extraordinary inshore or offshore fishing experience. Photo by Brian Grossenbacher

Leading Tackle on Board 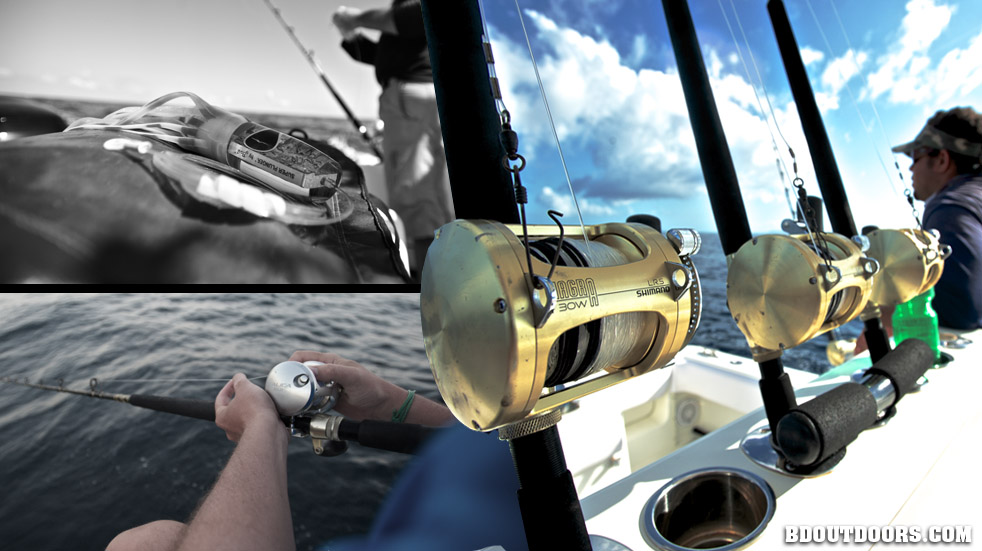 From top-of-the-line Shimano Tiagra and Stella conventional and spin outfits, to AFTCO accessories and G. Loomis fly rods, no expense is spared on the Isla Secas’ fleet. 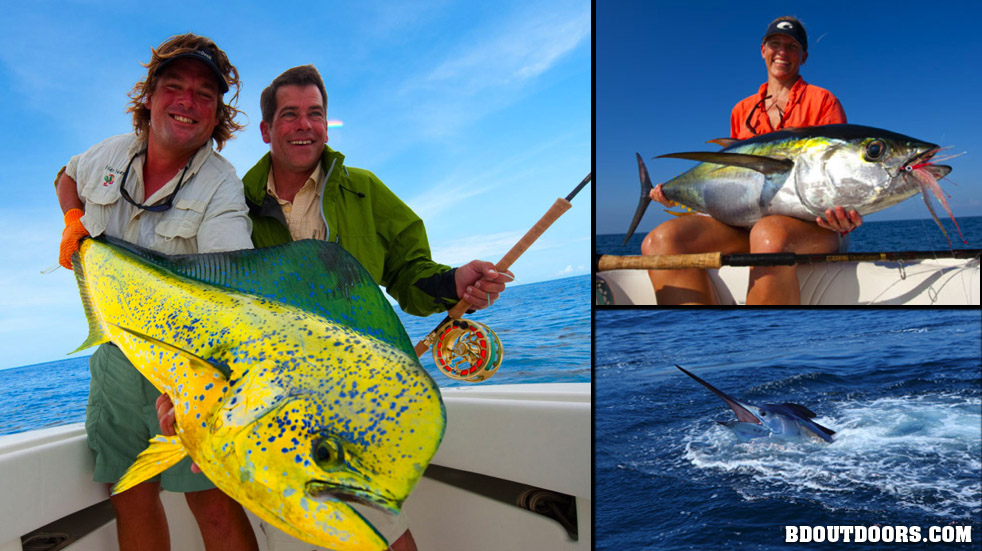 The nutrient-rich waters of the Gulf of ChiriquÃ­ are considered some of the finest in the world. Hannibal Bank, Isla Montuosa, Islas Ladrones and Coiba represent some of the most fabled and proven waters and Carter is proud to call them his new stomping grounds. Photos by Brian Grossenbacher 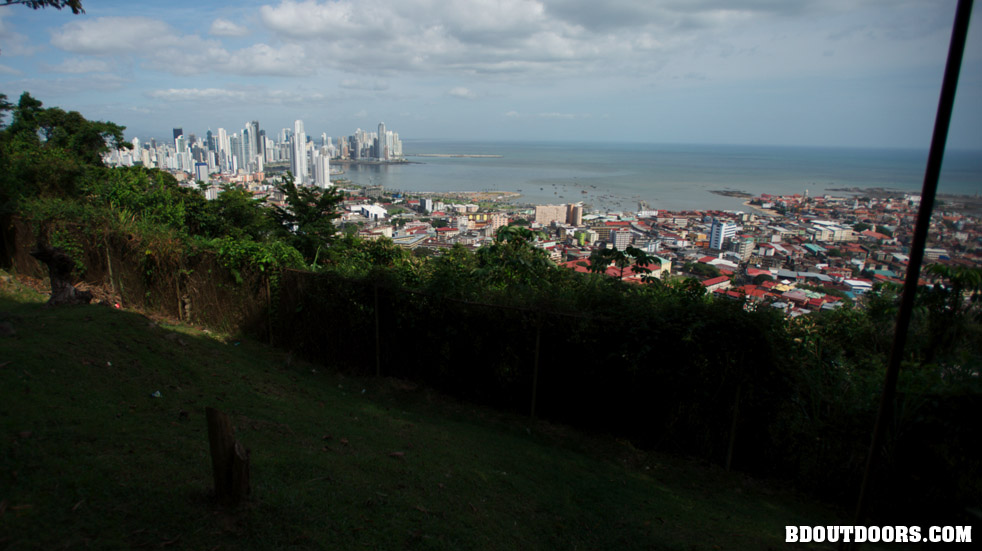 If staying on a secluded jungle island closer to the fishing grounds than any other lodge in Panama is on your checklist, be prepared for a little bit of planes, trains and automobiles to get there. Overnighting in Panama City and spending a day around town just turns the “layover” into another part of the adventure.

Getting to Isla Secas 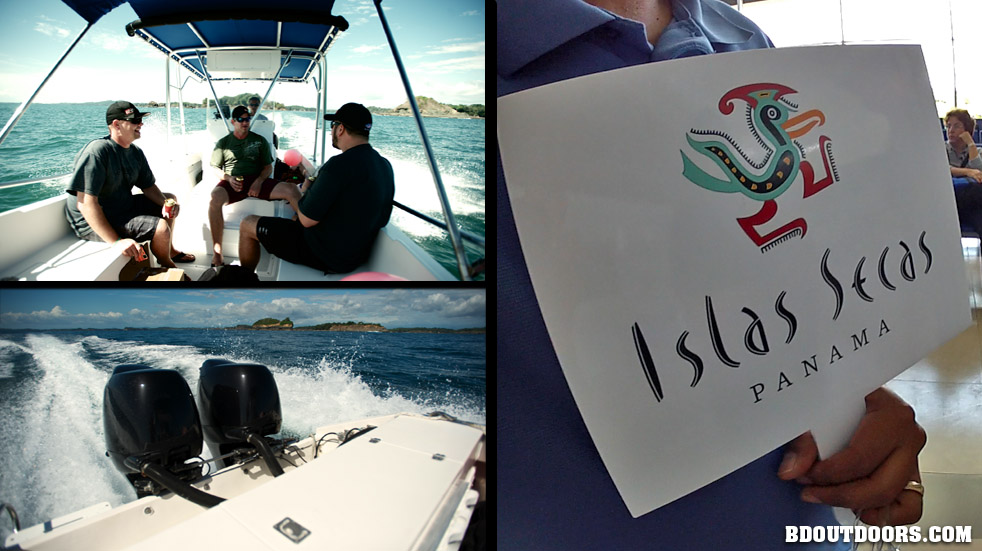 Weather you prefer taking a private charter flight directly to the island or traveling through Panama City and David, Isla Secas handles all of the logistics including VIP customs clearance, transfers to and from the island, and making sure a cold beer is within arm’s reach! 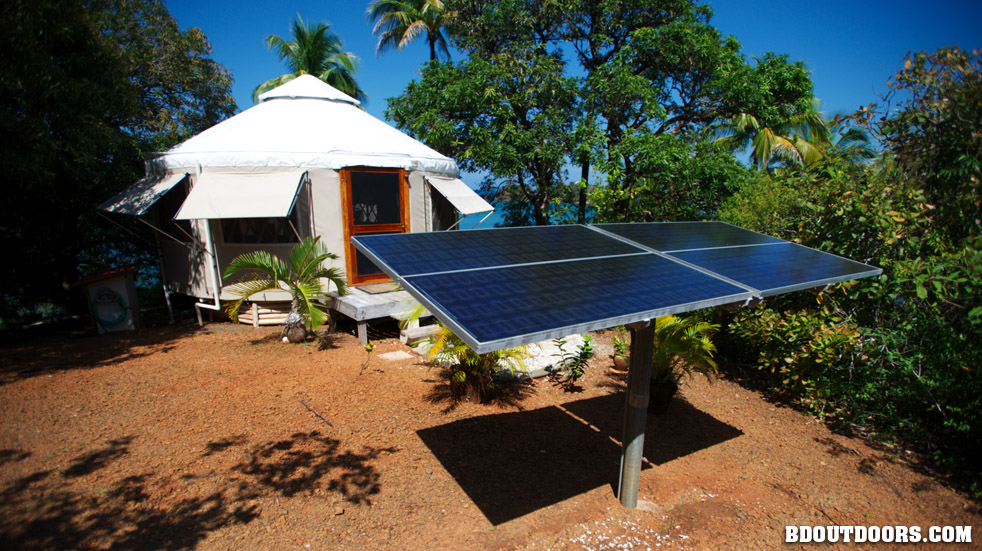 For those who may imagine having a hard time convincing their significant others to join them on a “fishing trip,” perhaps these accommodations may help swing the decision. Be sure to refer to them by their proper name, “yurts,” because this is not a tent! 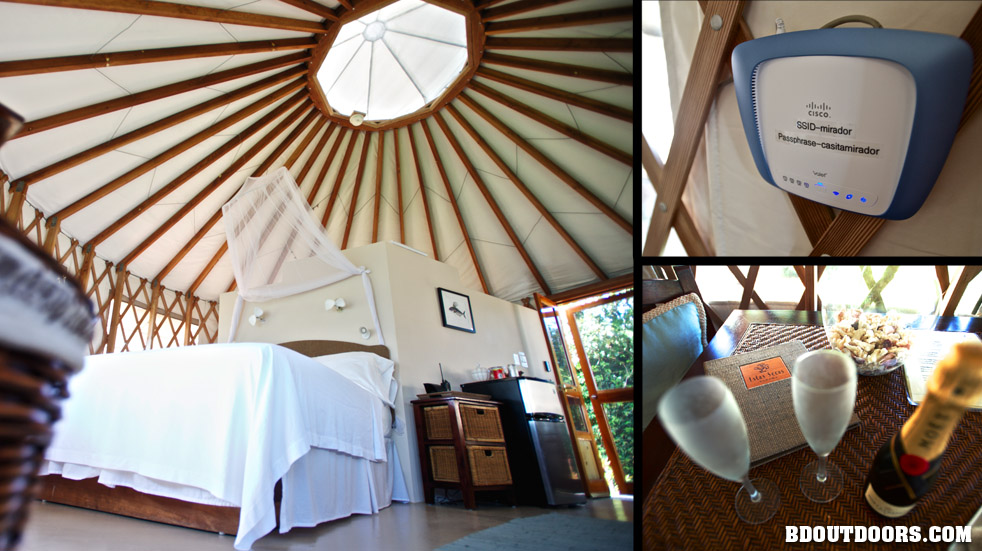 The accommodations are completely solar-powered and secluded with all of the amenities you would expect from a high-end hotel, including wifi, minibar, daily turndown, laundry and wake up service… on a jungle island! 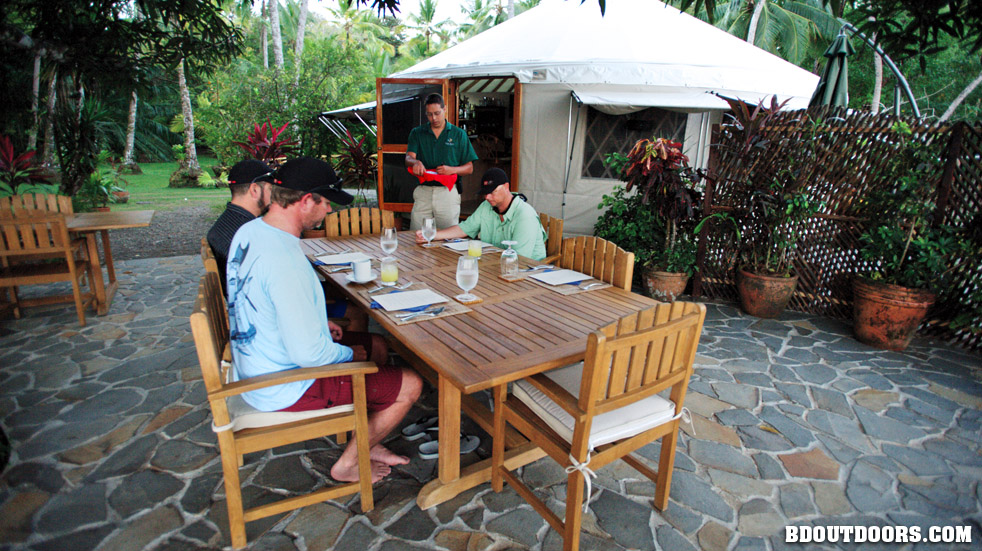 The open-air terraza offers a great view of the bay while you enjoy a fine creative fusion of Panamanian cuisine prepared by Chef Alexander Rojas and his staff. 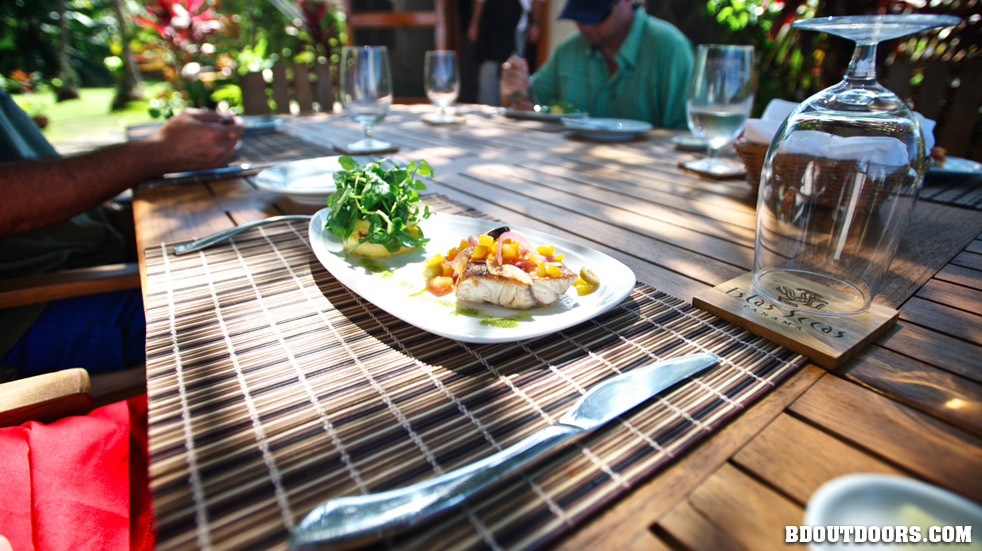 One of the guests summed it up accurately when he said, “I came for the fishing, but stayed for the food.” Chicken, meat, fruits, vegetables, and the daily catch are all on the menu. 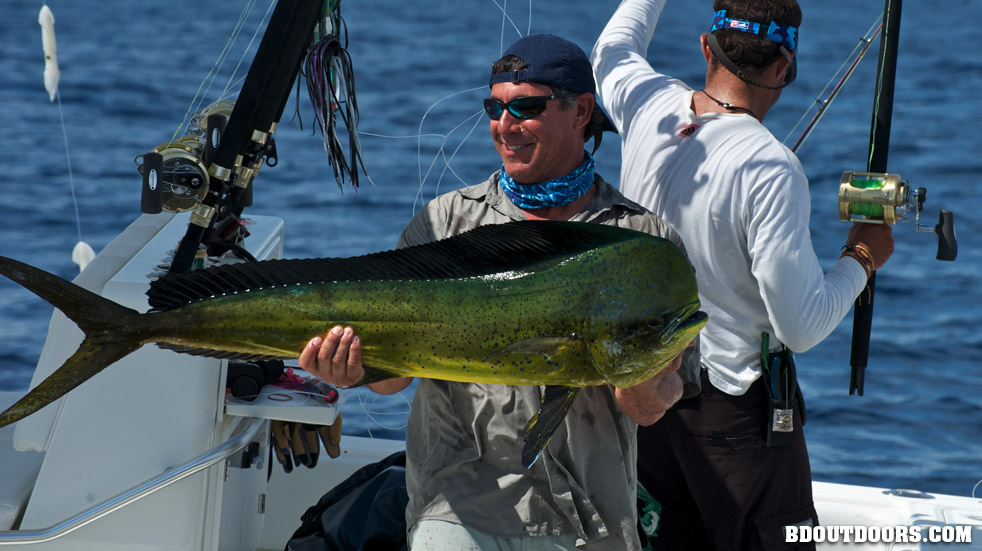 Isla Secas was featured on an episode of the Spanish Fly which airs in homes throughout the country on the Outdoor Channel television network. In this video, Jose describes his experience fishing with his friend Carter Andrews at the Isla Secas Resort.