With a top speed of nearly 70 miles per hour, the sailfish is widely considered to be the fastest fish in the ocean. These fish tend to run in packs and are happy to eat a variety of angler’s offerings including live bait, dead bait, or trolled lures. Combine that speed with a voracious appetite and an aerial show few other fish can match and you have a near-perfect sport fish.

The Pacific sailfish tend to average about eighty pounds or so but can reach weights over two hundred pounds. Aside from their much larger average size, they tend to behave much like their Atlantic cousins and they are both known to fall for the same techniques on both coasts. Both Pacific and Atlantic fish tend to run in packs, love a teaser and readily eat a live or trolled dead bait.

I caught my first Pacific sailfish in Loreto, Baja almost twenty-five years ago and I remember it like it was yesterday.

In slick calm waters, our captain slid our panga up on a sleeping fish with me standing at the bow. I made a horrible cast, but when my bait landed short, three other neon purple flags lit up underwater like someone flipped a light switch in a night club. One of the pack immediately smashed my bait and the show began. 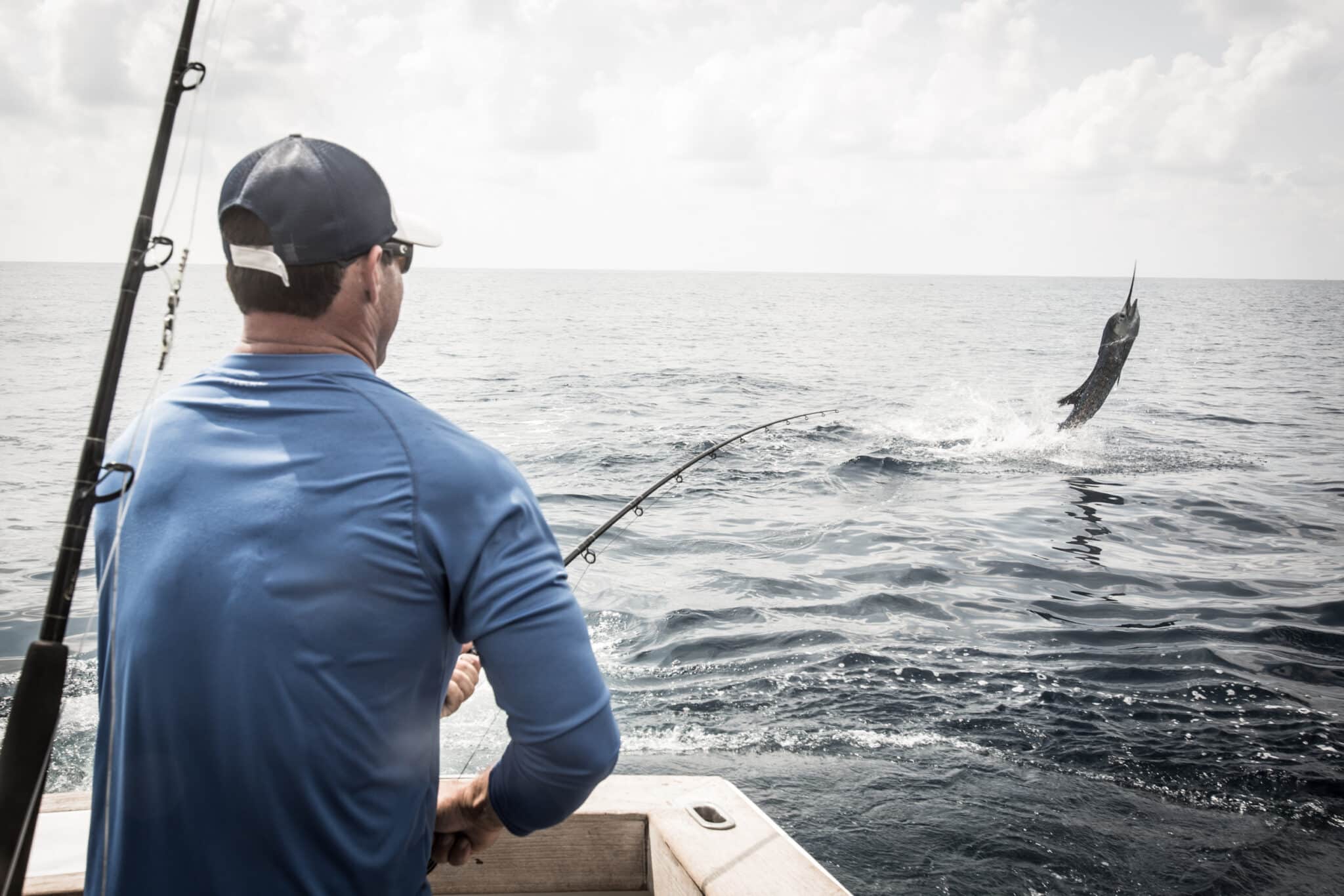 Since that day, I’ve held a special place for sailfish. Because they don’t have the dogged battle of a tuna or blue marlin, they make for an excellent gamefish for just about any angler or gear type.

For these reasons, sailfish might be the ultimate “fun fish”.

Over the years we’ve been fortunate to catch sailfish in just about every fishery south of the border. Coming from California, you can expect to catch these fish from the middle of the Baja Peninsula south all the way to the equator and beyond. Just about every pelagic hotspot on the map in this zone has a sailfish season. 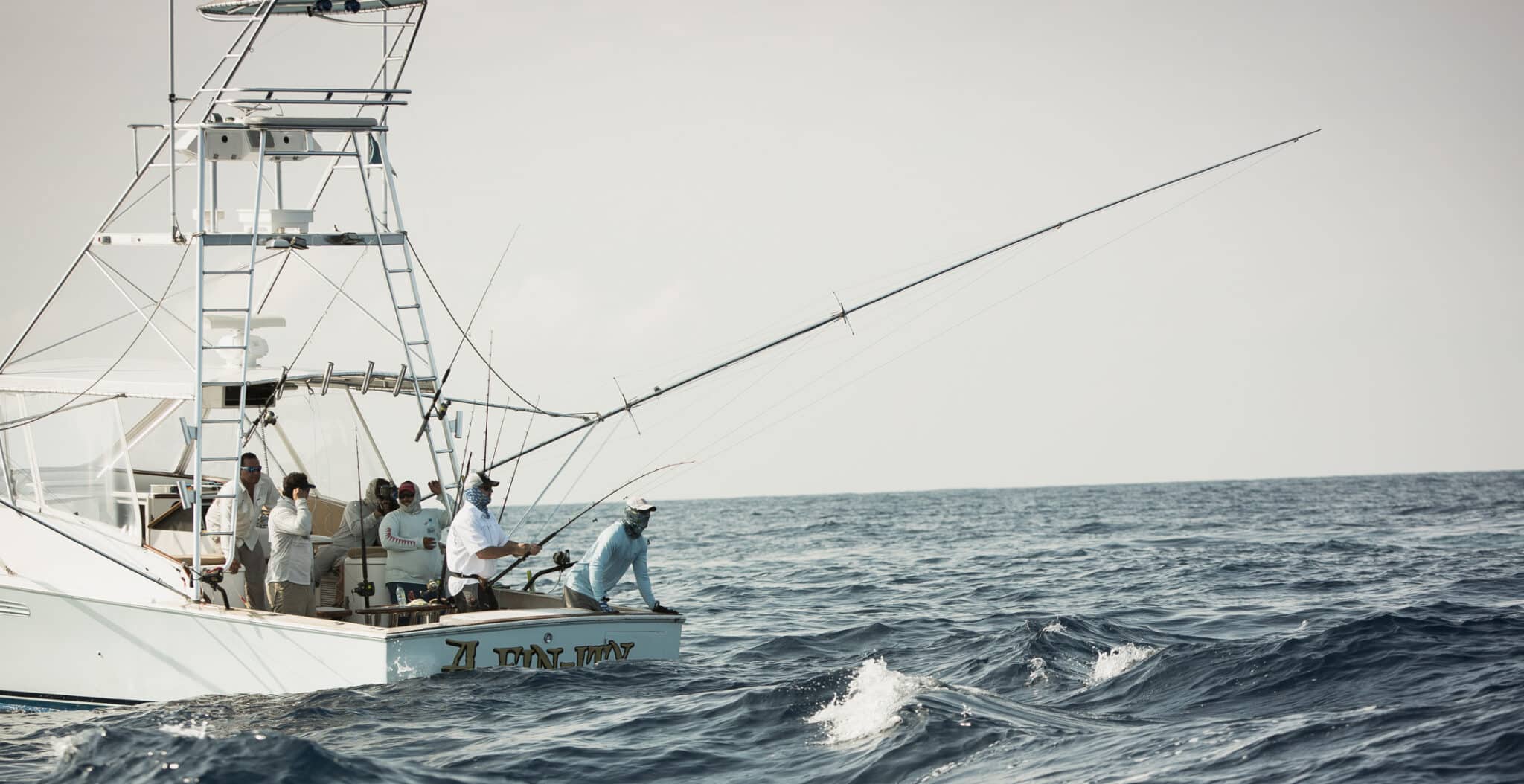 When I think of catching sailfish in numbers, two areas come to mind immediately, Costa Rica and Guatemala. While Costa Rica has an amazing fishery with double-digit release days being common, Guatemala reigns as the king of sailfish. On a good day in Guatemala, it’s possible to raise fifty fish and release half of them. The sheer abundance of fish in the bight off Puerto Quetzal on the Pacific coast is staggering.

The fishing in this area is so good, that several lodges operate in the area specifically targeting sailfish. Of these lodges, there is one that stands out from the pack by the name of Casa Vieja Lodge. Year in and year out, Casa Vieja Lodge releases more billfish than any other operation in the world. 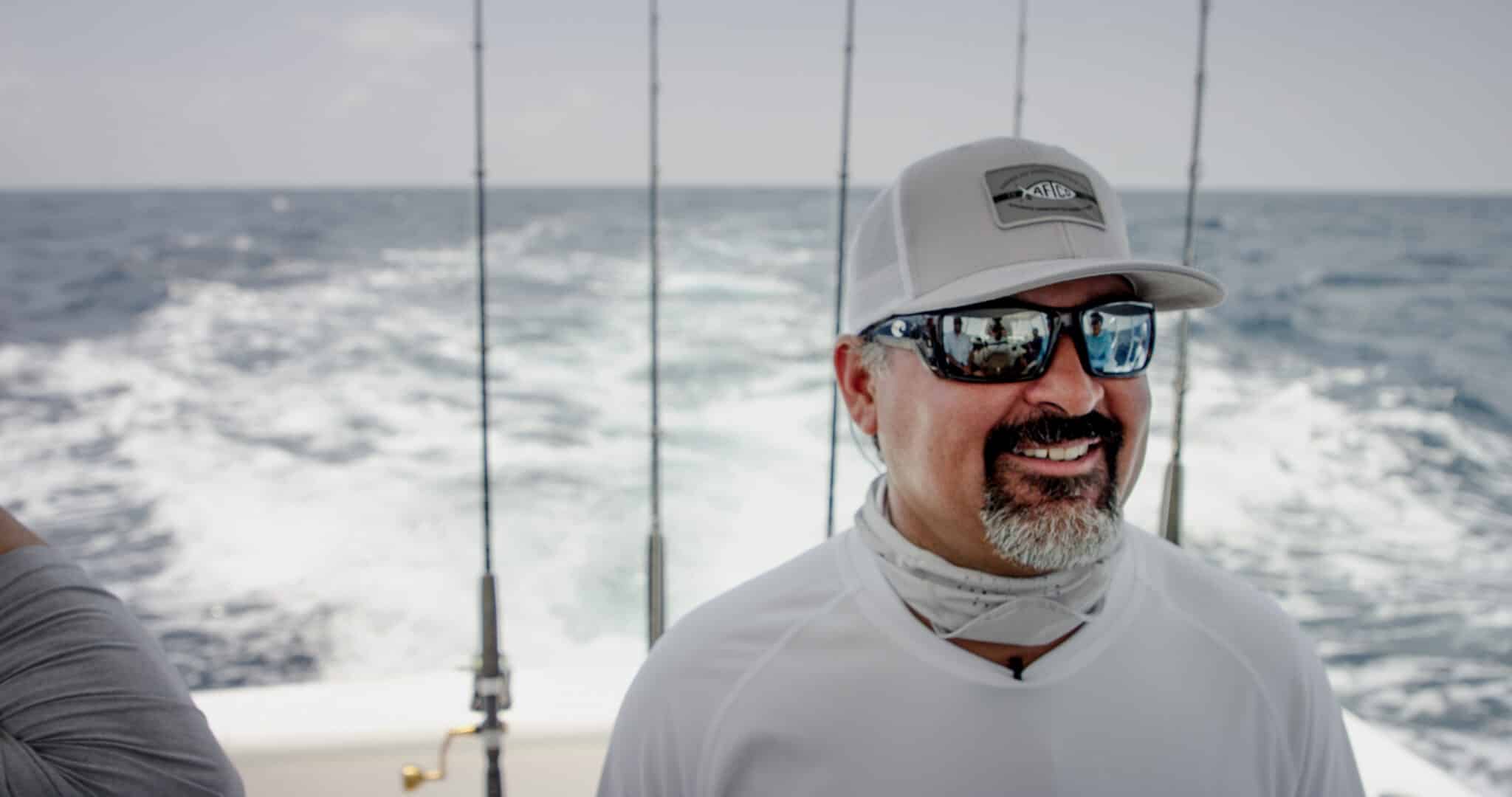 After numerous rave reviews from friends, I made my first visit to Casa Vieja about five years ago. Since that first trip, I have been back almost every year. The lodge is owned by David and Kristen Salazar who have been running the show since 2013.

Capt. David has been living and fishing in Guatemala for over 20 years and knows the waters and these fish as well as anyone. 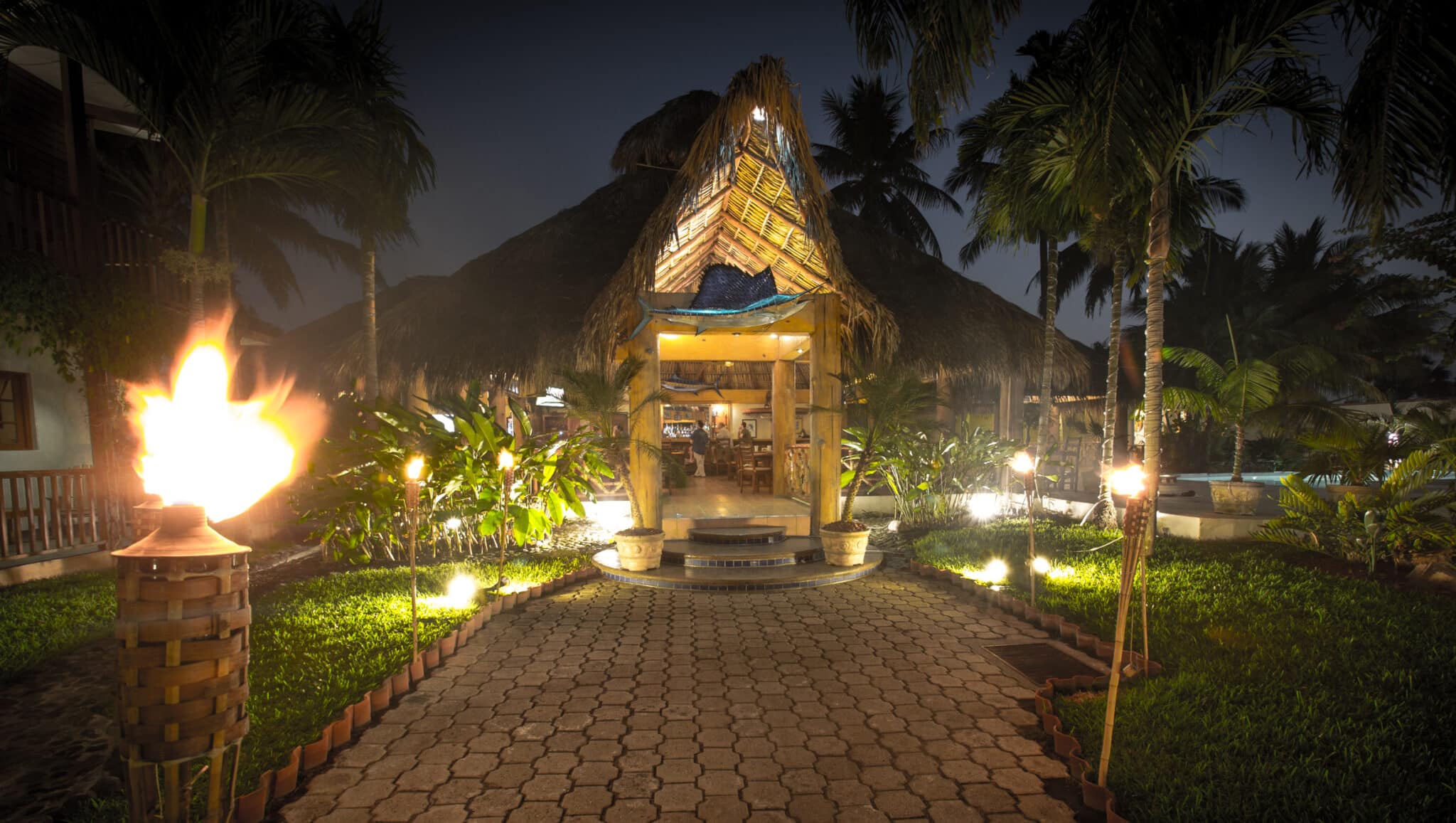 Since the Salazar’s took over the operation, they have invested heavily in remodeling the lodge and completely overhauling their sportfishing fleet. Their hard work has certainly paid off with Casa Vieja always being mentioned on the list of not only top billfish locations, but top fishing operations the world over. 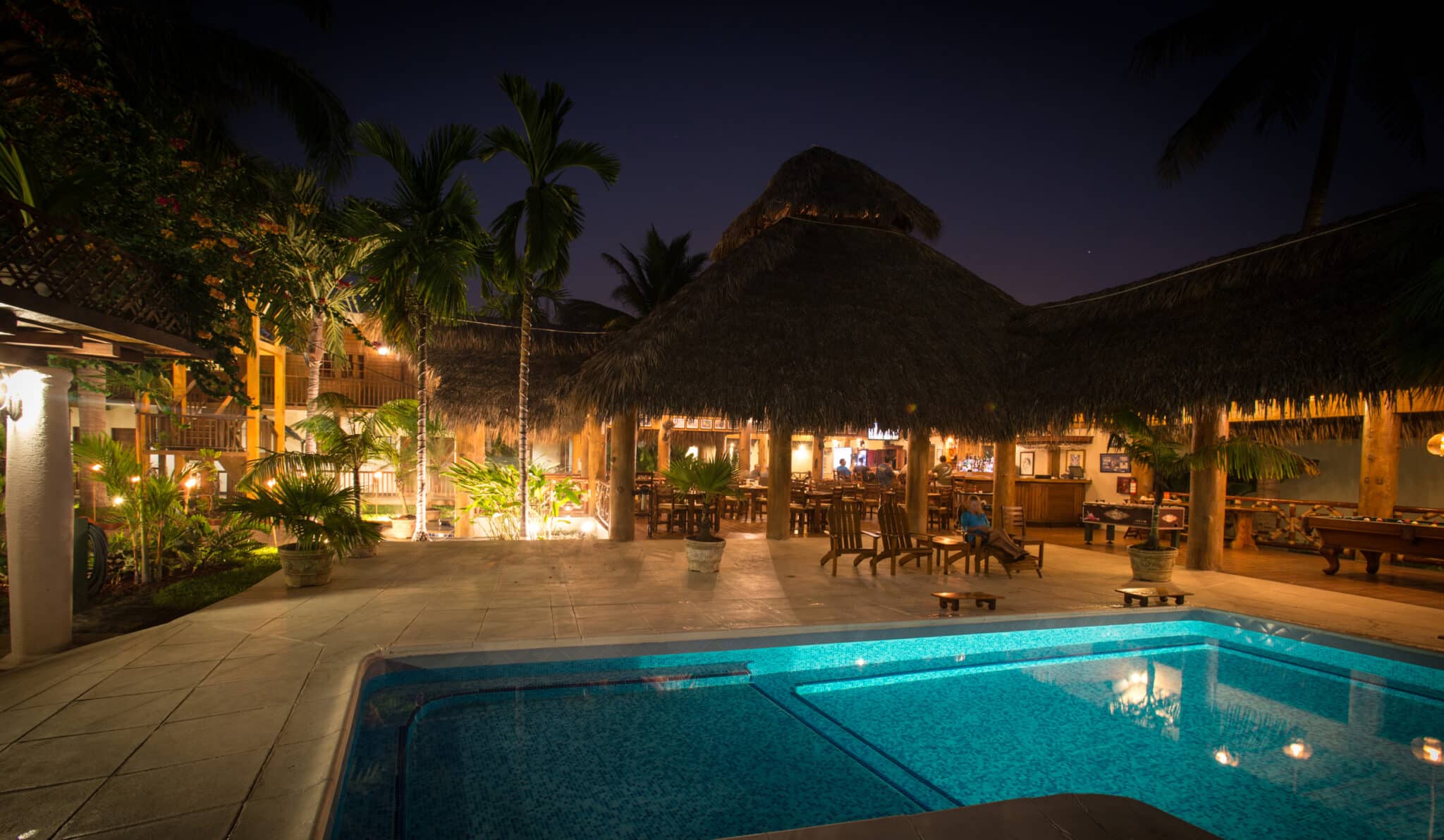 The lodge offers first-class accommodations, amazing meals and plenty of non-fishing diversions for the wife and kids. Their VIP service starts at the San Jose, Guatemala airport where their private shuttle picks you up and it only ends when they drop you back off. You really don’t need to bring more than a couple of pairs of board shorts and your favorite t-shirts. They provide the rest. 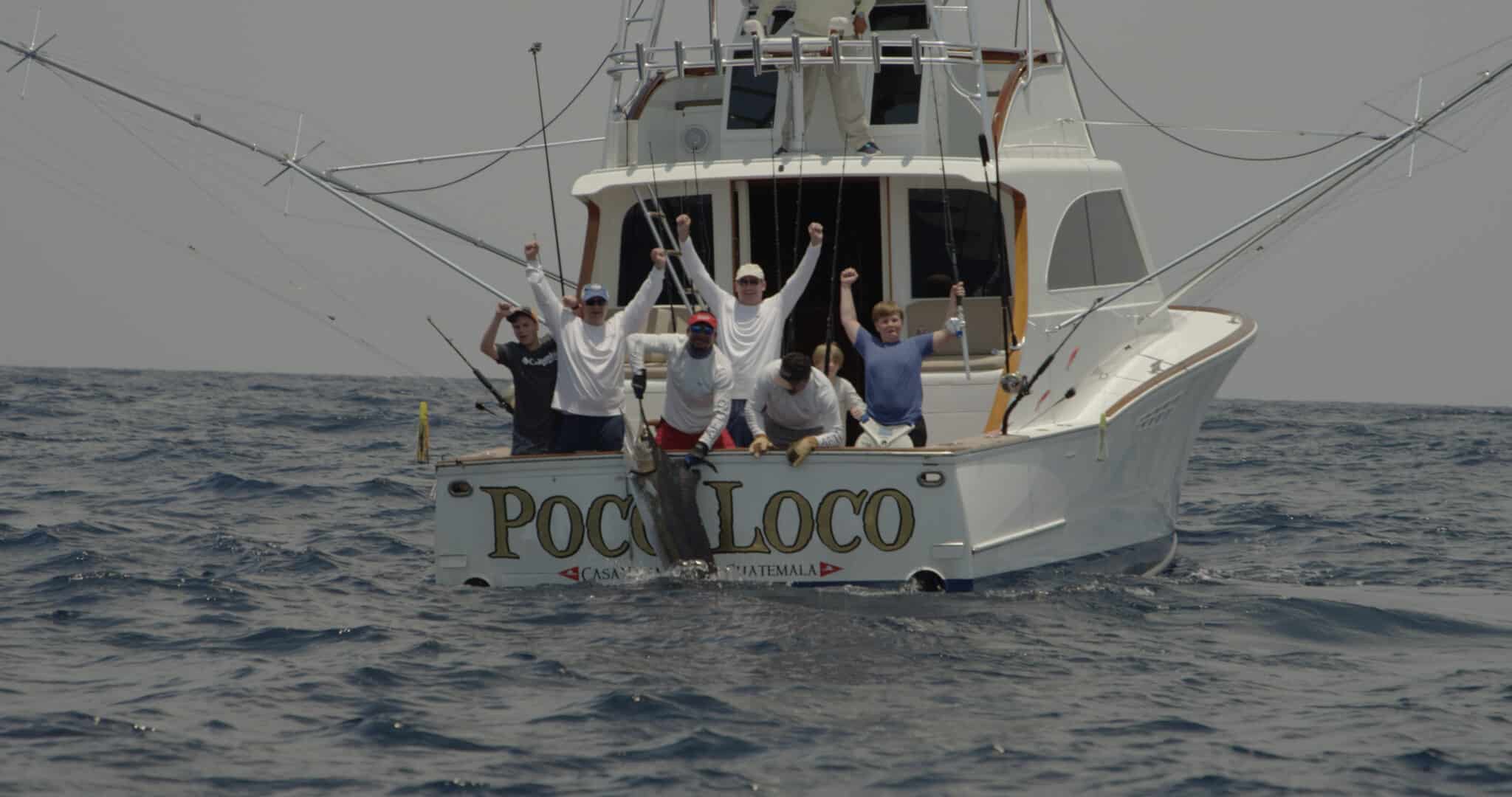 A great lodge is nice, but what about the fishing? On several trips to the lodge, the fishing has been unlike anything else I’ve witnessed before. The sheer volume of sailfish down here is mind-blowing. Raising 30 fish a day here is the norm with big days being double or sometimes triple that figure. Top that off with typically flat weather and a smattering of the other usual offshore suspects like blue marlin, mahi mahi, and yellowfin tuna and you’ve got a world-class fishery.

The first thing you’ll notice on your fishing trip is the fishing fleet. The dock is filled with legendary sportfishers from South Florida and the surrounding waters. The boats are kept pristine with fresh paint, modern power and a suite of the latest Simrad electronics. Each boat has a new, matching tackle with fresh line and a cooler full of rigged ballyhoo, ready to fish. Throughout the day, expect to be bombarded with cold drinks, amazing snacks and a hot fish sandwich or hamburger for lunch. 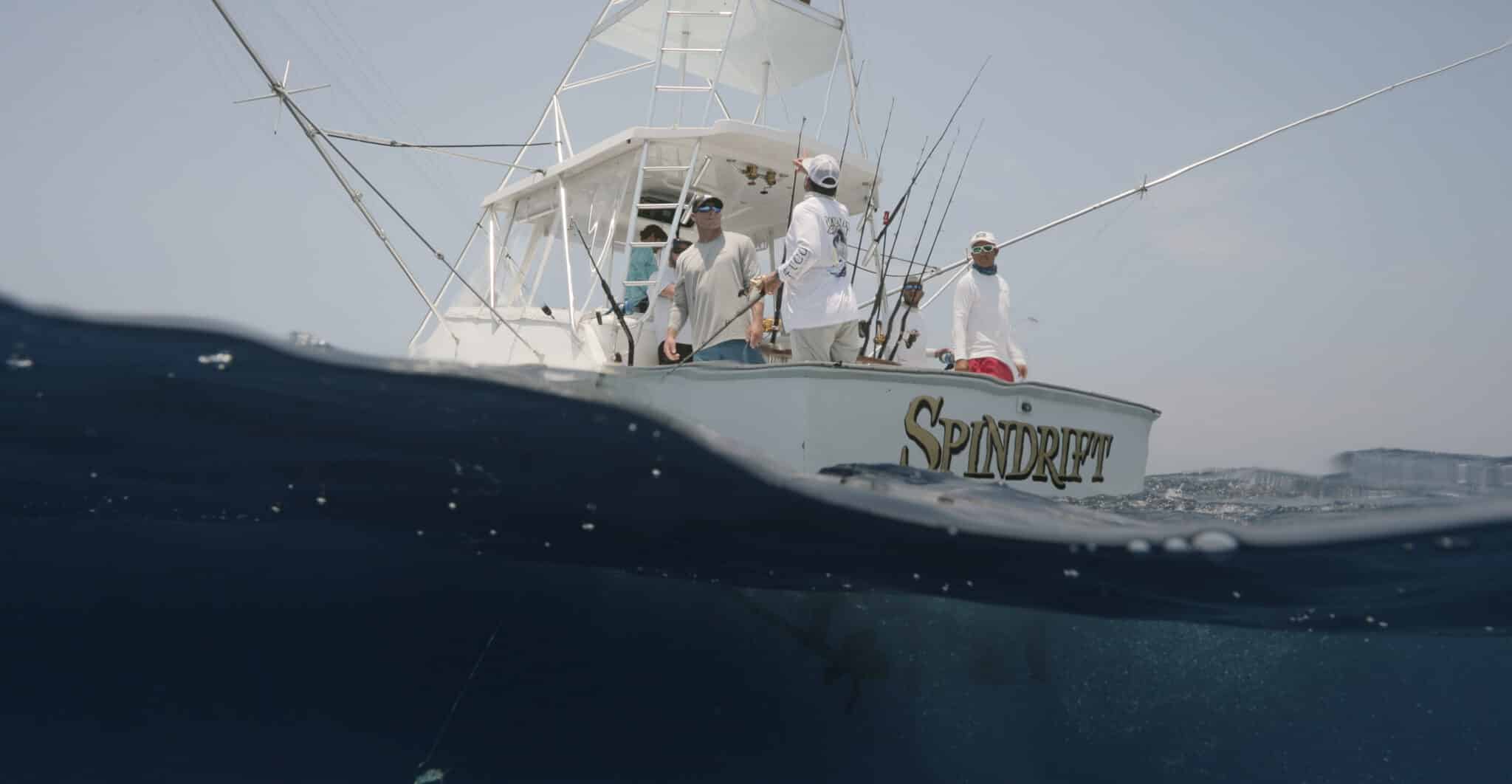 Another great thing about fishing with the Casa Vieja crew is their willingness to let you do as much of the work as you’d like or as little. As many of us have experienced with other charters, they want to use their gear, hook all the fish, etc. There’s no bigger turn off to an experienced angler. At CVL they will be happy to let you use your own gear, hook your own fish and so on. Conversely, they are standing by to help anyone who’s just getting up to speed. 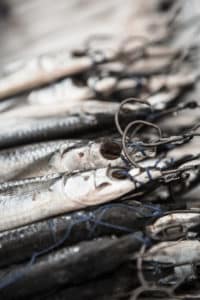 This makes for the perfect environment to get a youngster or a significant other hooked on sportfishing. There are always lots of opportunities and willing biters. If you miss a fish or mess up, all you have to do is wait a few minutes for your shot at redemption.

The fishing style employed down here is similar to most of the other Latin American countries. They pull a series of daisy chain teasers on the outriggers with a pattern of circle hooked ballyhoo swimming close behind. You can also choose to only pull the teasers and focus on dropping back circle-hooked ballyhoo to a hot fish up in the spread.  After catching the first few fish and shaking off the cobwebs, we usually switch to this method as it’s a little more challenging and ensures you get to see and feel the bite. 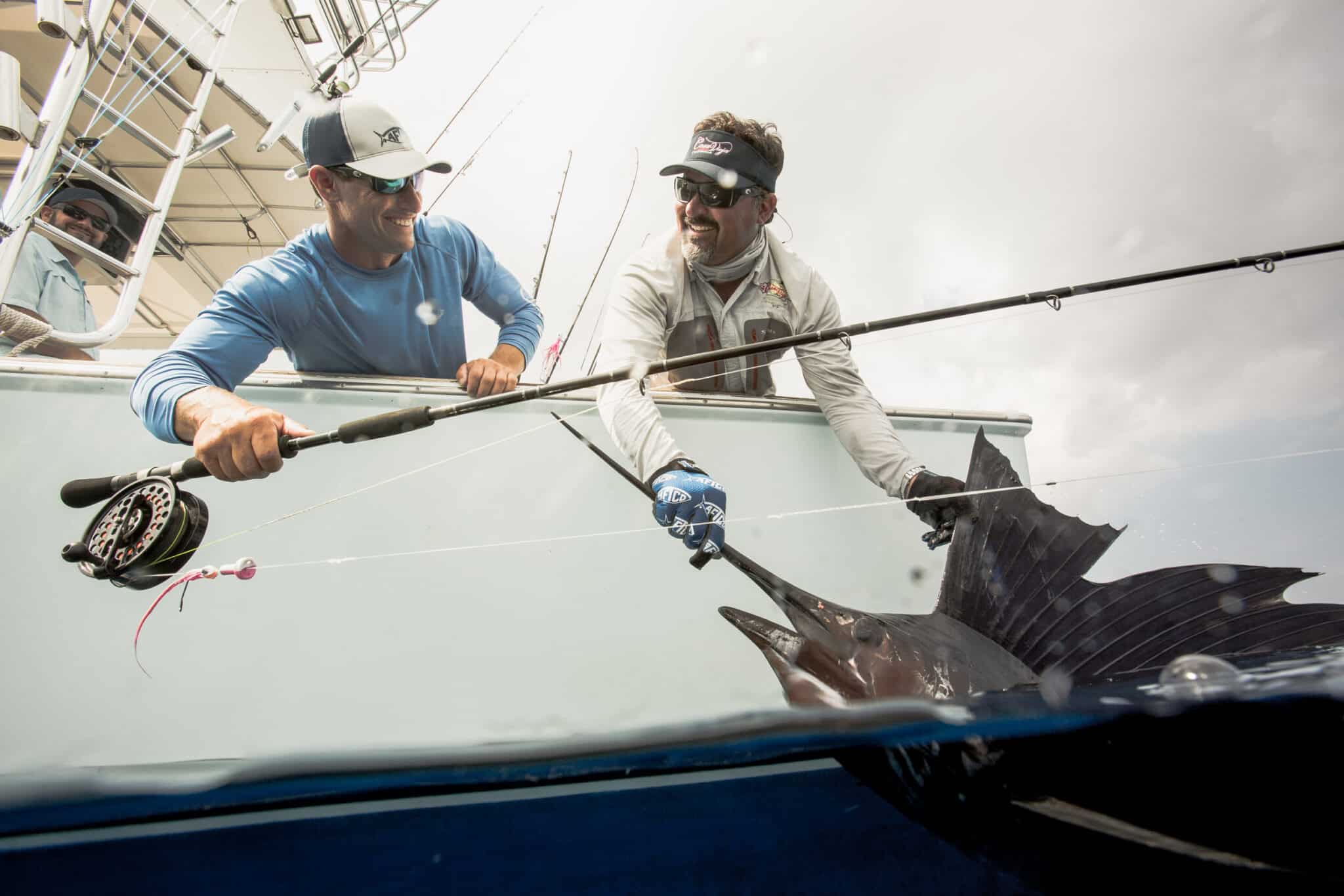 Another way to catch these Pacific sailfish is on the fly. While I’m not a fly angler in any form, I think this is a fun way to catch them. The program is similar to the drop back method where the fish are raised by the teasers, except the boat is taken out of gear and the captain tells you when to cast. A simple, single short flip is all that’s needs to get your fly in the zone. When the fish locks on to your presentation, they will come up and smash the popper-style fly just behind the transom. This makes for insane bites just a few feet off the back of the boat and the visuals will be etched in your memory for years to come.

After a long day of spectacular bites and pulling on sailfish, you’ll be greeted with the tropical drink of the day back at the lodge and some awesome appetizers by the pool. After an amazing dinner and a few cocktails, it’s time to hit rack the do it all over again. 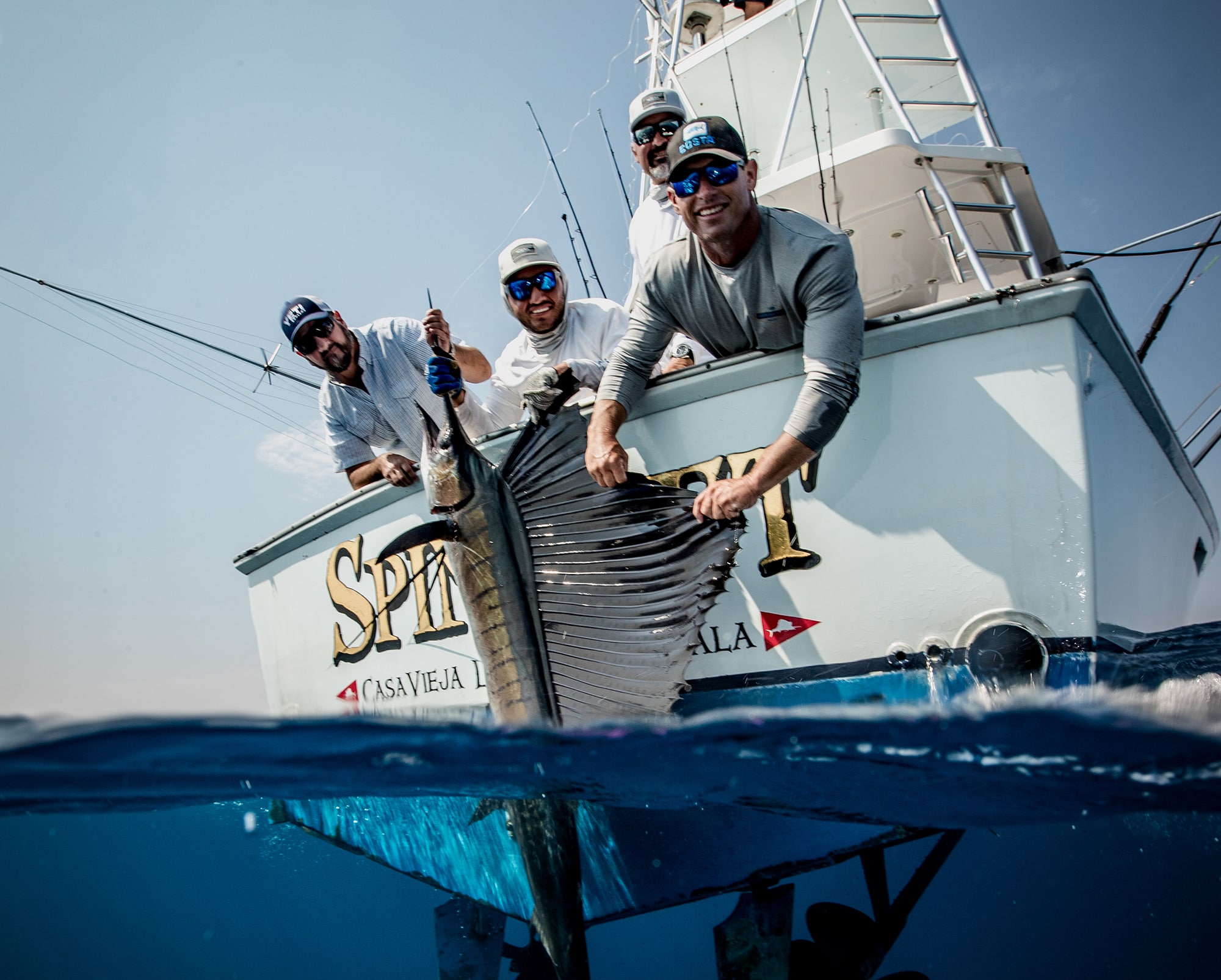 Whether Pacific sailfish is on your bucket list or you’re just looking for a world-class fishing experience, there’s no better place than Guatemala and Casa Vieja Lodge.

Visit the Casa Vieja Lodge website to learn more or check out our BD Trip “Race to Guatemala”.