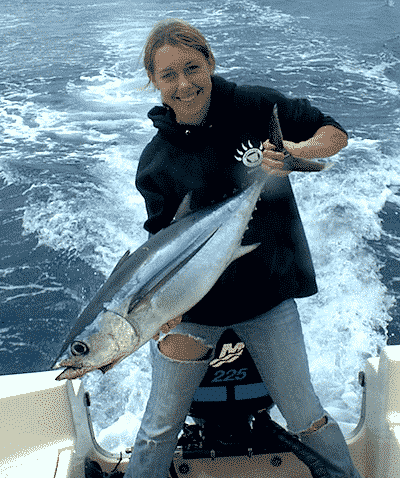 Samples of albacore tuna caught off the West Coast of the United States show minute traces of radiation that can be traced to the Fukushima reactor disaster in Japan, according to a team of scientists from Oregon State University and the National Oceanic and Atmospheric Administration.

The radiation levels in fish analyzed to date are far below anything that would pose a risk to humans who consume the fish, the research team emphasized.

The findings are preliminary and additional fish will be tested. But the findings could reveal new information about where Pacific albacore travel during their migratory lives — and how what happens in one part of the ocean can affect the food web thousands of miles away.

The OSU team’s findings are consistent with those of California researchers who announced in May that they had found traces of Fukushima-linked radionuclides in bluefin tuna caught off the California coast. The bluefin news came as a surprise to the scientific and regulatory community. 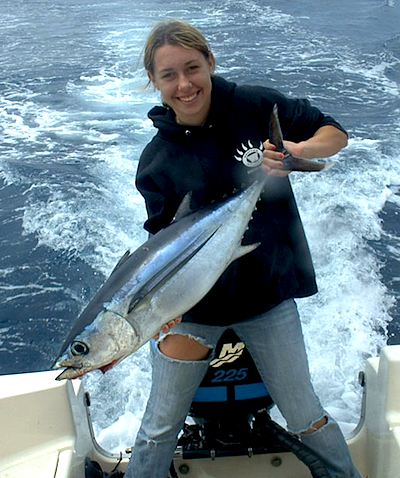 Shortly after the March 2011 Japanese tsunami and reactor disaster, the U.S. Environmental Protection Agency, Food and Drug Administration and NOAA jointly expressed “high confidence” in the safety of U.S. seafood products, suggesting it was unlikely that migratory fish such as tuna would be contaminated to “significantly elevated radiation levels.”

The team has collected and tested fish caught off the West Coast before and after the March 2011 Japanese tsunami and subsequent release of radioactive material into the ocean by the Fukushima Daiichi nuclear reactor.

“We’re still processing new fish, but so far the radiation we’re detecting is far below the level of concern for human safety,” said Delvan Neville, a graduate researcher with OSU’s Radiation Health Physics program and a co-investigator on the project. People are constantly exposed to radiation from the natural environment, Neville pointed out. “To increase their normal annual dosage of radiation by just 1 percent, a person would have to eat more than 4,000 pounds of the highest (radiation) level albacore we’ve seen.”

Relying on agency statements, fisheries organizations such as the Oregon Albacore Commission predicted that 2-to-5-year-old albacore, a mainstay of the U.S. recreational fishery, would be unaffected because their migration patterns do not take them through the waters where the radiation leak occurred. However, scientists differ on the details of albacore migration and behavior. Some suggest that not all albacore follow the same migration routes between western Pacific waters and feeding grounds off the West Coast. Some believe North Pacific albacore may even comprise two separate sub stocks with different migratory paths. That’s one of the questions Jason Phillips, then a graduate fisheries researcher in OSU’s College of Earth, Ocean, and Atmospheric Sciences, was investigating with support from Oregon Sea Grant, when the 2011 disaster struck Japan. He wondered whether the radiation released by the Fukushima nuclear plant could be used as a “natural tag” to help unravel some of the questions about fish migration. He put together a pilot study, but soon found he needed more fish samples — and access to additional equipment for detecting and measuring extremely low levels of radiation.

The researchers first identified two Fukushima-linked isotopes — Cesium-137 (Cs-137) and Cesium-134 (Cs-134) — this July, in samples of frozen fish caught in 2011. This particular combination of radioactive isotopes is produced by fission in nuclear reactors, and less commonly, nuclear weapons. Cs-134, in particular, is considered key to the Fukushima nuclear “fingerprint” because it decays very rapidly, with a half-life of just more than two years. While Cs-137, which persists for decades in the environment, could come from other possible sources, scientists say, the Cs-134 could only have come from the Fukushima reactors.

Phillips spent this summer collecting more fish at sea, off Oregon and Washington, as well as from scientists, fishermen and other sources along the West Coast. Neville ran more tests, validating his methods against freeze-dried fish standards tested by dozens of labs — and got the same results. They also shared fish samples with the Washington state Office of Radiation Protection, where radiation health physicist Lynn Albin is analyzing them as an additional check. As more fish were tested, the results were consistent with the initial findings.

Phillips says it will take more work to unravel the mysteries of albacore migration. “We are finding evidence that the albacore caught in Oregon and Washington in the summer have spent the winter in different locations in the North Pacific,” he said. “But other researchers have been trying to figure out how albacore migrate for decades. We need to increase the number of fish and locations we test before we can start getting at the bigger questions.”