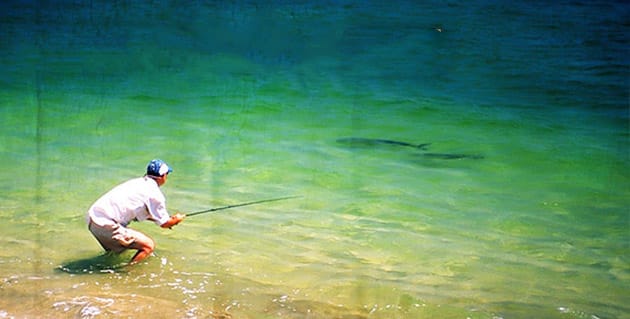 We had seen the house many times over the past decade as we cruised the beach on our modified ATV. The bike had been retrofitted for fishing with rod holders, a special high-backed “buddy” seat for Yvonne and of course a cooler. We never thought the house to be anything notable. A Southern California contractor built it in the early 1970s, apparently from leftover material from the tract houses he had built in the States. So while it was a well constructed, four-bedroom, two bath, block-walled house with a double garage, it totally lacked character cosmetically.

However, the 75-foot long Mexican tile porch that extended the entire width of the house with its sliding glass doors and full height windows fronting the living and dining room giving the occupants an unobstructed view of the beach which was just steps away, provided the house its personality.

Shortly after the house’s completion, the builder flew his overloaded small plane into the side of a mountain, killing both himself and his passenger. For nine years it was rented to the Russell family, a farmer from the Midwest and remained “the Russell House” until Mr. Russell’s death.

On a warm summer afternoon, Yvonne and I had stopped by the Rancho Buenavista bar, made famous over a half a century ago by Ray Cannon. The hotel had built him a small circular suite of rooms behind the bar where Cannon often wrote his columns and his book “Sea of Cortez” published by Sunset Books in 1966. Eduardo Hermosillo, son of the owner and manager of the popular hotel, slid into a chair next to ours where we planned some marketing for the hotel. During our conversation, Eduardo asked, “The “Russell House” at La Capilla is empty. Do you know anyone that might be interested in renting it?” We hadn’t seriously considered having our own place. Our visits to Baja were infrequent, and we weren’t certain of the amount of time we would spend there. But when Eduardo offered us the key to go look at the house, we took him up on his offer. By now the sun had disappeared, and the evening was perfect. The sound of the waves lapping on the beach, and the cry of the birds overhead as they hunted their supper, was definitely inviting. There were no lights, no other sounds … as we stopped the ATV and climbed the steps to sit on the empty long porch. That evening, Yvonne and I talked softly beneath the velvety star-filled night sky and in the quiet, our excitement blossomed. We began to seriously consider the possibility that the “Russell House” could be our home. On a whim, we decided we would ask for a two-year lease, which would serve as an early 50th birthday present for each of us, one year for her, and one for me.

By afternoon the following day, we had reached an agreement with Eduardo. Basically a two-year lease to begin with and month-to-month after that, because his family had plans to sell the La Capilla Trailer Park where the house was located. After negotiating minor repairs, it was decided we would take possession when the work was completed in September. That evening, we returned again to our soon-to-be second home and seated on an empty front porch, we broke open our champagne and toasted our birthday present to each other, not dreaming it would become an 18 year present instead of two.

Throughout the summer of 1989, Eduardo sent progress reports on our house: the shag carpet was removed from the master bedroom; bamboo fences were repaired; new ceiling fans were installed and the entire interior was painted. In mid-August, our house was ready; the work had been completed and we could move in.

Throughout the summer, we had been staging and our 1985 Ford one-ton passenger van was packed with household items; we were eager to begin our next Baja Adventure. A few days before our planned departure, the unthinkable happened! Hurricane Kiko – rated one of the strongest tropical cyclones in recorded Baja history – slammed into East Coast of Baja California Sur’s peninsula with winds of 120 mph. Making landfall near Punta Arena at the southern tip of Baja California Sur on August 27, 1989, less than 15 miles from the house. Press reports revealed that 20 homes were destroyed and numerous highways were flooded by the torrential rains.

Friends from the area began calling us after the storm had subsided with the disturbing news that our soon-to-be vacation home had been thrashed, windows shattered, and the entire house had been filled with water and sand. It was probably uninhabitable.

We cancelled our plans to drive down at the end of September, waiting on reports from Eduardo. Contrary to the dire reports, he called and told us he had a crew and would begin working on it and in October he assured us that the shattered windows had been replaced, the sand and water was removed and the house was restored to the condition it was in before the storm. It was ready for us to move in.

We were no strangers to Mex One by then. My first trip down the road was made with a couple of friends soon after completion in 1973… and Yvonne and I, her three children, Teri, Julie and Michael, along with my two sons, Greg and Geoff, had begun camping up and down the peninsula together since we first met in 1975 towing a 19-foot Bayliner to Bahia de Los Angeles, Loreto, and other launch sites … camping in the open on the beaches. After our marriage in 1979, our blended family continued our frequent forays into Baja.

But this trip was a special one; we had dreamed of it for six months. We would be making a real home in Baja for the first time.

So we made the 4 a.m. border crossing on the first trip to our home on the Sea of Cortez at La Capilla, 1,001 miles from our home overlooking Sunset Cliffs in Point Loma. We could hardly contain our excitement during our journey. As we rounded the last curve on Mex One and turned down the long dirt road that led into our driveway, the first thing that greeted us was a brand new ceramic plaque at the gate of what had been the “Russell House.” It was “Russell House” no more! Eduardo had welcomed us to our home with a tile on the entrance to our gate that said, “Rancho Deluxe.” From that moment, the house became our home. Through the years, it exceeded all of our expectations. It changed our lives and the lives of our family and friends in so many ways. It became a time capsule – where the youngest (one-month-old) to the oldest (78-years-old) shared unusual and unique experiences that will be etched in their respective memories forever. At the time, we considered the lack of television, limited telephone service, and of course little if any Internet access an inconvenience, a major negative. Looking back, we realize that not having those distractions was a positive thing, which slowed us down and allowed us to focus on our surroundings and each other.

Many of our friends were drawn to East Cape for the offshore fishing, but we were mesmerized by all that East Cape beaches had to offer. The hotels seemingly viewed the beaches as a place to park a temporary pier to accommodate their guests boarding their boats that were the most profitable part of their resort business or a place for guests to sunbathe.

We had a single ATV we had taken down in the mid-80’s and outfitted it for fishing East Cape beaches with a second seat, rod holders, basket and cooler. That ATV was soon joined by another and then another after that and all were adorned with Rancho Deluxe pennants flying high on an antenna behind the seats. Yvonne was always easy to spot as she cruised the beach with her special pink flag a flappin’ in the wind. Our road trips were adventures: some trips we had our nine-passenger van crammed full of supplies plus grandbabies in diapers, daughters, sons-in-laws to grandmothers all eagerly savoring everything Baja had to offer: the cardboard house settlements in San Quintin housing field help, the several story high Eagle Monument marking the dividing line between Baja Norte and Baja Sur, the bolillos still warm from the oven in Santa Rosalia, slathered with butter or cheese from the cooler we brought from the States. Adventures like roadside potty stops overlooking the magnificent Bahía Concepción with its mirror-like surface reflecting the surrounding hills in the noonday sun; rolling into CCC parking lot in La Paz for a final top-off of perishables and all of the passengers tumbling out and spreading out in the huge market like an invading military battalion. Then, finally, the final sprint past Los Barriles as the Sea of Cortez unfolded before us. Yvonne would often excitedly point from the shotgun seat and say to anyone listening, “See that bright light way down there on the beach? That’s our home, Rancho Deluxe.”

Our lives at Rancho Deluxe were filled with Baja beaches, sun and of course plenty of fishing. Our entire family and friends gathered on the beach with all the toys — floaties literally rafted up as kids from 1 to 75 joined in the frivolity and laughter drowned out the music on the boom box. Some days you might spot a grandson with his grandmother precariously perched on back of an ATV speeding down the beach past other grandchildren, barely toddlers, standing in water ankle deep with rod in hand waiting for a fish to bite, under the watchful eye of a father, busy flinging a lure as far out as he could hoping for a bite of his own; with his own father standing beside them hoping to get his bite first.

Friends were welcome and would drop by unannounced when they were in the area either by boat or by land; Bruce and Joan Kessler aboard their shiny dark green deep-draft sportfisher, “Zopilote”, the only sportfisher ever to circumnavigate the waters of the world. Don and Shirley Blackman of “Blackman Boats” came with their family and were frequent houseguests, as were Don and Peggy Sloan and David and Cynthia Lewis, Greg Stotesbury of Aftco and friends Gary and Lynn Jasper, “Wait and Sea”, Fred and Lois Hall, “Fred Hall Shows”, Steve and Marge Cushman aboard their “Pastime” and many more.

We have a photo album as thick as a telephone book, where every picture is a reminder of another story or event, RD wasn’t just a place, it was a state of mind; everyone needs a Rancho Deluxe. But not everyone finds one. We found ours and we couldn’t have been more fortunate.

Rancho Deluxe was sold along with La Capilla to developers who would have turned it into townhouses, and golf courses, and an over-populated place similar to Cabo … not undesirable, but certainly not what we had dreamed of.

When we moved out in November of 2005, my final report written from Rancho Deluxe read, “We have many memories and have enjoyed our time here at East Cape.” But we were ready to move on. We thought Rancho Deluxe would be one of those special WHAMS that come along once in a lifetime. However, lightening does strike twice.

Our “Rancho Deluxe” sign hangs on our wall, overlooking Lake Elsinore, our home where we sit on a much smaller wooden patio overlooking our beach, and are amazed that we are fortunate enough to have a second home on the beach, peaceful and quiet where we can gaze up at the starry velvet sky. The Epilogue to the story is that the developers that promised so much went as far as scraping everything off the land to build the upscale development only to falter and ultimately abandon the project entirely.