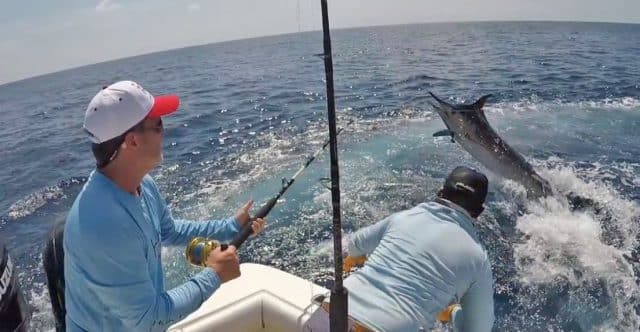 In the waters off the Osa Peninsula, where the marlin action continues, we have had blue marlin being released almost every day in December. The strikingly beautiful blue marlin is the largest of the marlins and one of the biggest fish in the world. 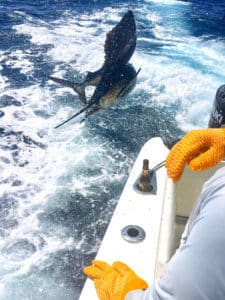 The sailfish have been here in solid numbers and have been keeping the anglers busy in between marlin bites. The insane dorado (mahi-mahi) action that started in November, and lasted through most of December, has finally started to slow. Our boats are still seeing plenty of dorado both inshore and offshore, but not in the crazy numbers we saw earlier in the month. 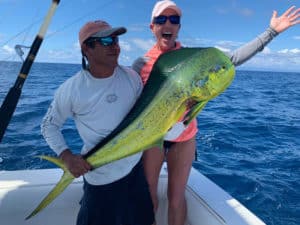 We actually had people telling their captains not to catch any more dorado and to ignore them if they came into the spread. I can remember only one other dorado bite like this before, but it was over ten years ago.

The tuna have slowed a little bit, but it is possible that with all the marlin around, they have been keeping their distance.  One or two of our boat captains have been lucky enough to find the tuna in the last few weeks but they are not currently here in numbers. That can change in a heartbeat and I expect things will change as we move into the new moon. 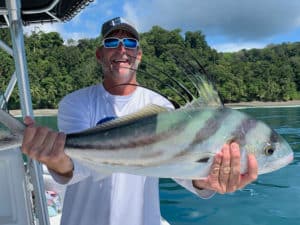 Inshore along the coast of the Osa Peninsula

The inshore fishing has been a little less consistent than the offshore fishing, but anglers willing to put in their time have been rewarded with some very nice roosterfish. There was some fantastic surface action going on last week in front of the Crocodile Bay pier as schools of big jacks and roosterfish moved in and absolutely hammered the sardines. Several anglers managed to catch some bruiser fish on topwater with live bait just outside the anchorage. There was even an estimated sixty-pound roosterfish, that was hooked from our pier on light tackle, and that was fighting for over thirty minutes while one of our captains jumped in to help with his boat. 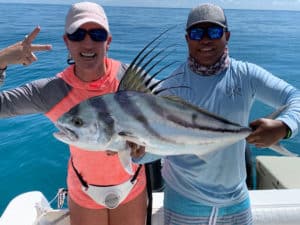 The fishing around Mato Palo and the rocks have been yielding some snappers, African pompano and a lot of bluefin trevally. The dorado have also been prevalent inshore and depending on how many you’ve already caught offshore, are either a curse or a blessing.