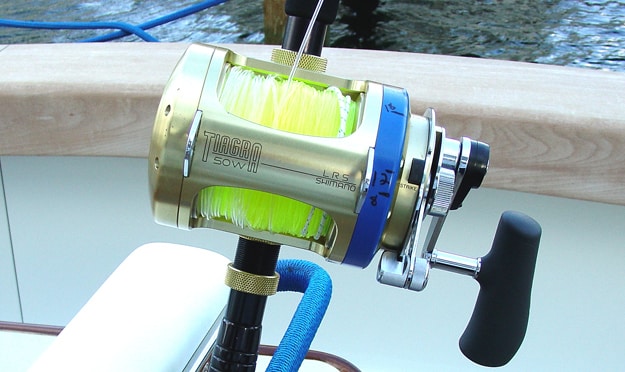 When we are tournament fishing, we try to be as dialed-in as possible, and the drag settings on our reels are a very important piece of the puzzle. You have to know exactly how much drag pressure you’re putting on the line.

Too much could cause a break-off and too little could mean a long fight that will cost you valuable fishing time.

We set our drags with a hand scale. The best way to set the drag is have the guy holding the scale on the dock. You want to test the drag from the rod tip, not straight out of the reel.

When we get the drag where we want it, we’ll put a piece of colored electrical tape along the side of the reel next to the drag lever. (This only works for lever-drag reels.) Using a permanent marker, note the drag pressure on the tape at several points, including half strike, strike and full pressure. With the settings right there on the reel, the angler will know exactly what the drag will be if they need to adjust it during the different phases of the fight.