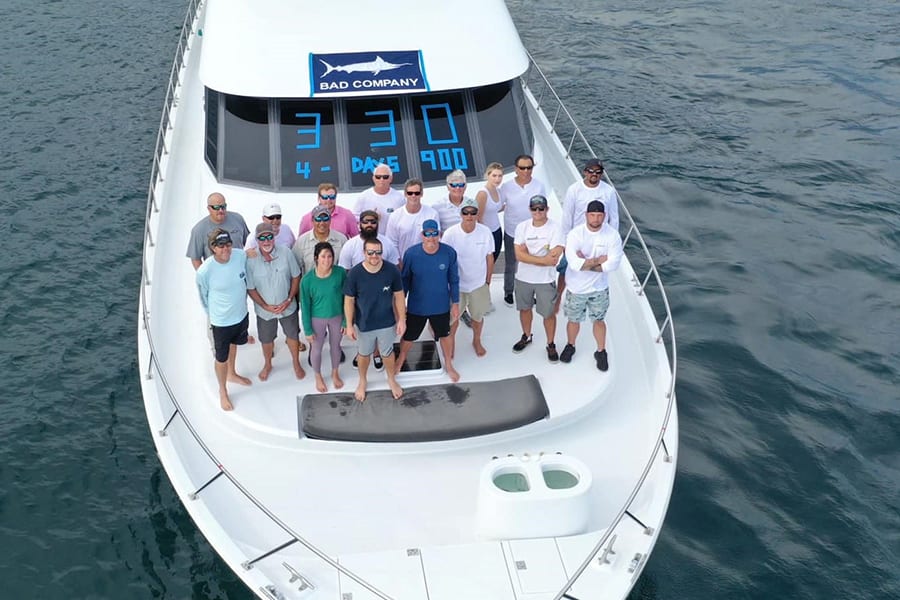 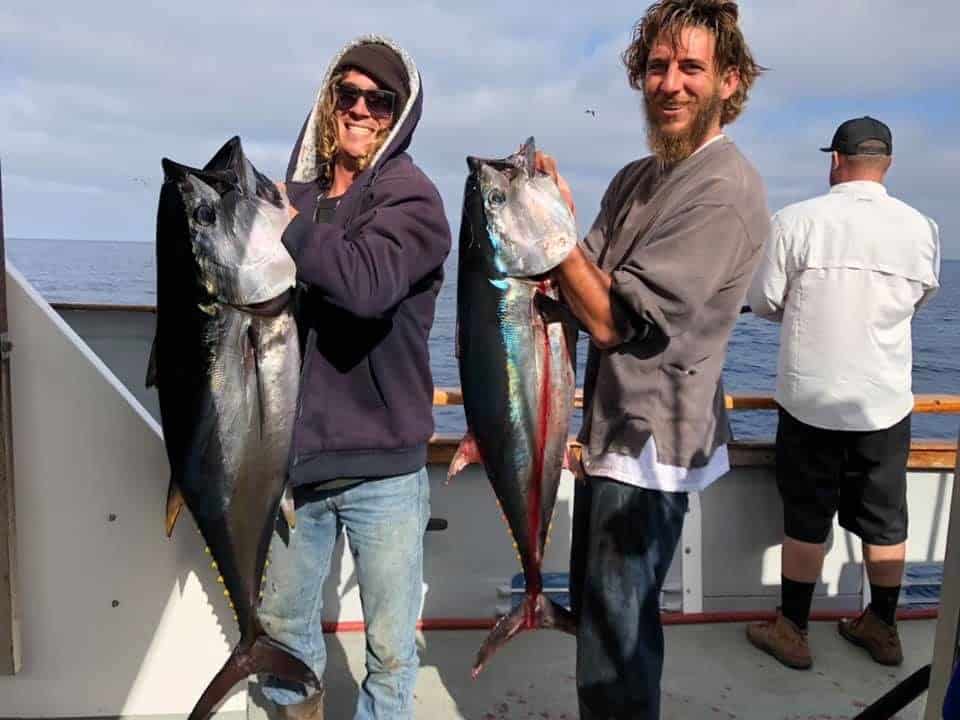 Having been mostly off the grid last week it was nice to return and find that the November full moon was good to Southern California offshore anglers. Both yellowfin and bluefin bit well going into and through Tuesday night’s “Beaver Moon” and if this current offshore cycle continues for a few more years, we may have to petition to change it to the “Tuna Moon”. While the bulk of the tuna are scattered from out west to way out west, there are still plenty of them around closer to home. 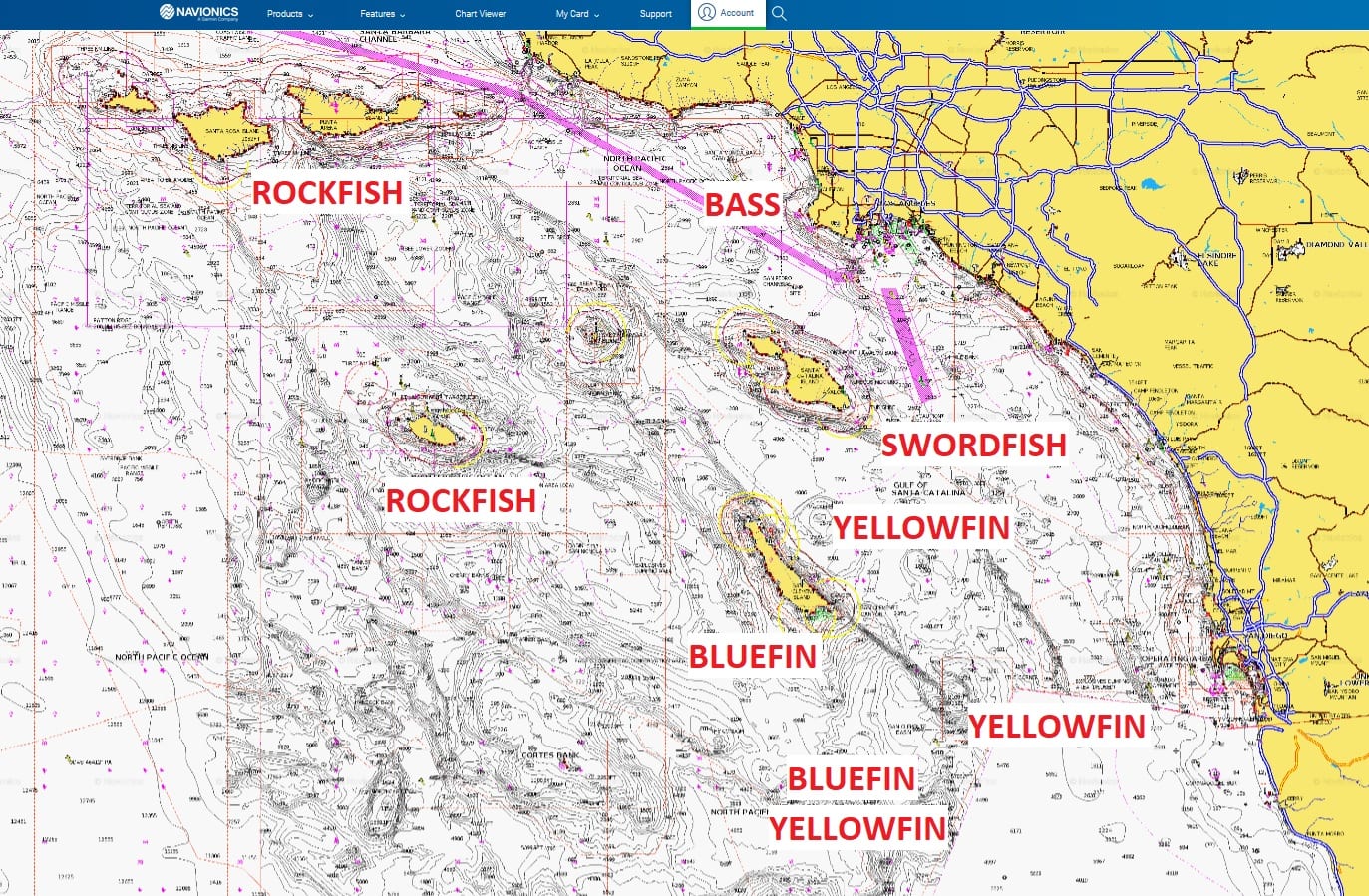 This week’s Navionics Chart explains what I’m talking about. The yellowfin, with a few bluefin in the mix, are currently biting in Mexican waters in the general area of the corner. This is where the full day trips out of San Diego are fishing and while it’s a long run, they’ve been getting some consistent scores. On Wednesday the San Diego out of Seaforth Landing had 220 yellowfin and 4 bluefin for 45 anglers. Definitely worth a little longer run to get in on that kind of action in November. 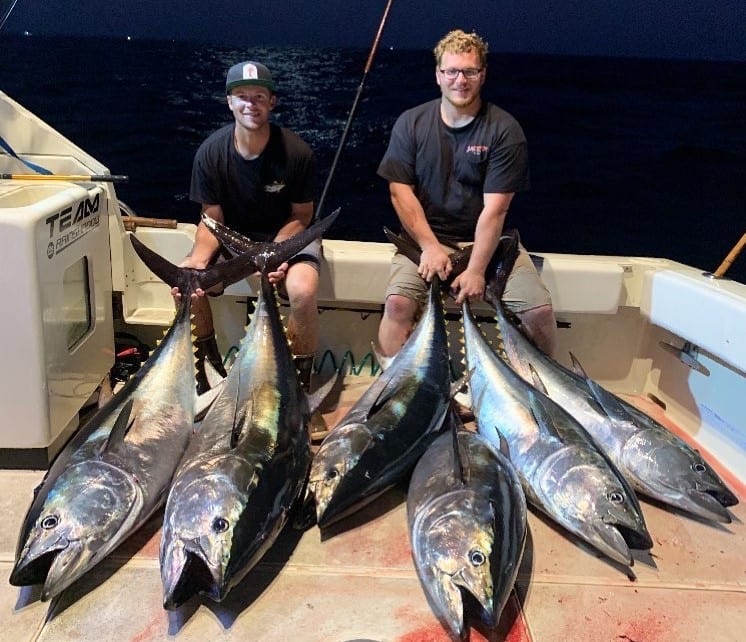 There are bigger yellowfin and bluefin biting further west in the vicinity of the 60-mile bank. This is the general area where the fish that bite late in the season have been ending up the last few years. So, I’d expect these fish will stick around this zone until we get our first big northwest blow. If the weather cooperates you might be eating fresh sushi for Christmas Dinner. The good news for anglers who are making the long run is that there’s not nearly as much boat traffic on the outer fish as there is on the ones closer to home. If you want to head out there on a sport boat I recommend doing a 1 1/2-day trip so that you won’t waste a big part of the fishing day driving home. 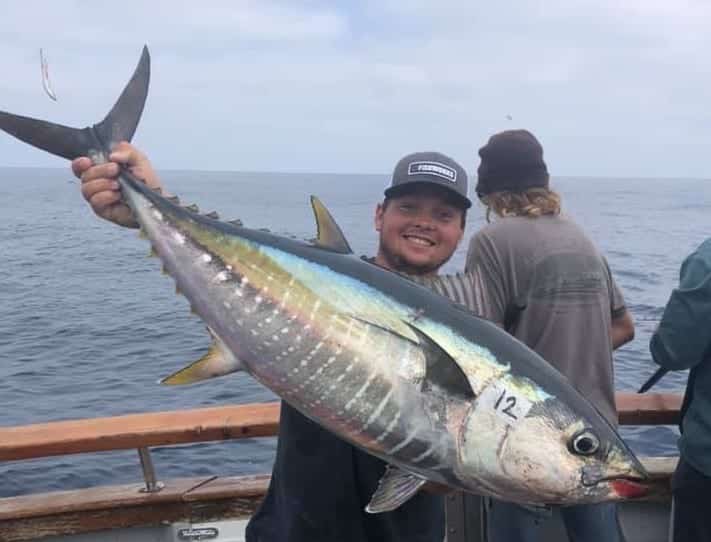 There aren’t many reports coming in from the Orange County banks but I think that’s less due to a lack of fish than it is to a lack of angling coverage. I’ve heard reports of both yellowfin and bluefin being caught all in several different zones this week and will probably be taking a look out there this weekend before locking myself into deep drop prison. Speaking of which, there are still plenty of swordfish being caught in our local waters and from what I hear that bite should continue for the next few months. 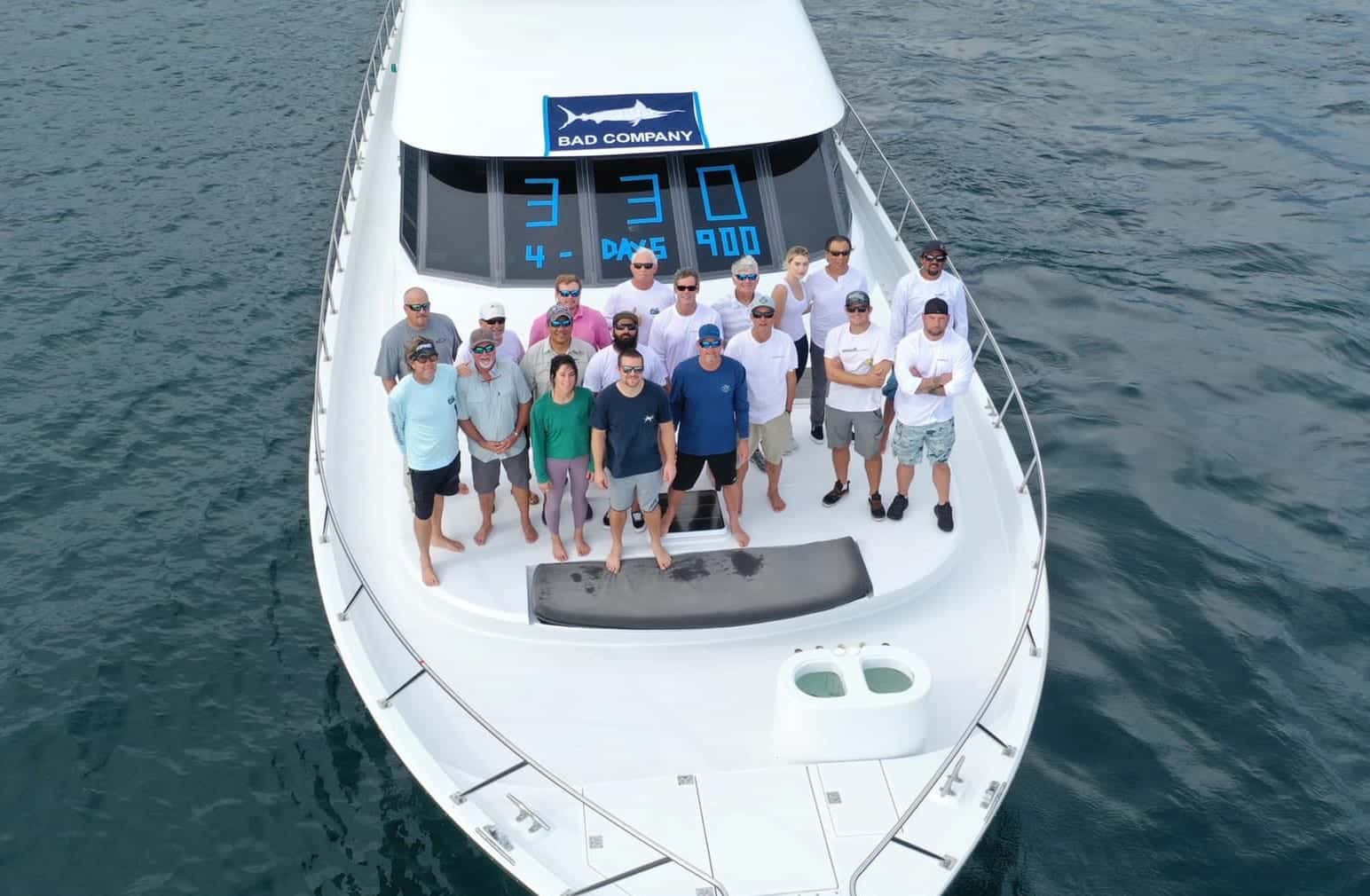 If you haven’t already seen my forum post, our trip to Mag Bay aboard the Bad Company was a big success. On our first day of fishing, we broke the single-day release record with 330 fish off one boat and ended up with 900 striped marlin, 3 sailfish, 2 dorado, and a large spotted bay bass for four days of fishing. We had John Ellis film the entire trip so there should be a great video coming out soon. In the meantime, there’s a short teaser video in my forum post that’s pretty cool. Anyway, we’ve got great weather across our entire region this weekend, so get out there and catch some fish!