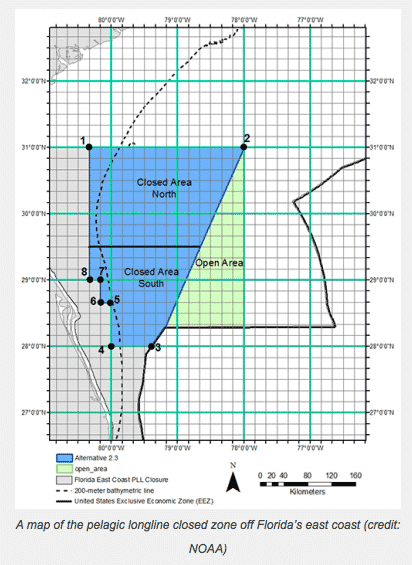 Florida has more anglers than any other state in the nation, 2.4 million, and the related industry generates an economic impact of $7.6 billion dollars (2015/16) and supports 109,300 jobs! This is a slap in the face of all connected to recreational fishing in Florida especially after strong opposition was expressed by the industry and community participants. This decision could have a negative impact on Florida’s wide ranging marine tourism. 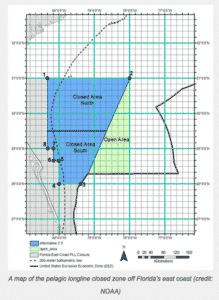 Peel added, “she was not surprised, though held out some hope, the NMFS would realize allowing longlines back into Florida’s east coast closed zone to land the conservation benefits accrued over 16 years of closure would be illogical. The NMFS has accommodated the one scientist at NOVA, who filed for the permit, project after project, regardless of prior results or inappropriateness of this project.

The hypocrisy of the situation is blatant for the scientist, along with the owner of many of the longline boats that will fish in the zone, were part of a CNN interview in 2012 (see video here), in which they made the argument that longlining was not a clean gear and should be replaced by buoy gear. Now that the scientist and boat owner can sell the conservation benefits, their story has changed. The longlines will kill billfish, swordfish, sharks and sea turtles. Be prepared, the NMFS, HMS may issue more restraints on recreational fishing so there will be more fish for the “research longlines” to kill if their illogic continues. Keep in mind that the State of Florida’s Fish and Wildlife Conservation Commission opposed the permit being issued.” 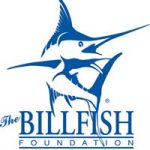 The Billfish Foundation is the world’s leading science-based sportfishing conservation organization that advances research, education and advocacy for responsible management and conservation of billfish (marlin, sailfish, spearfish, swordfish) and other highly migratory fish, including tunas.

Written by The Billfish Foundation