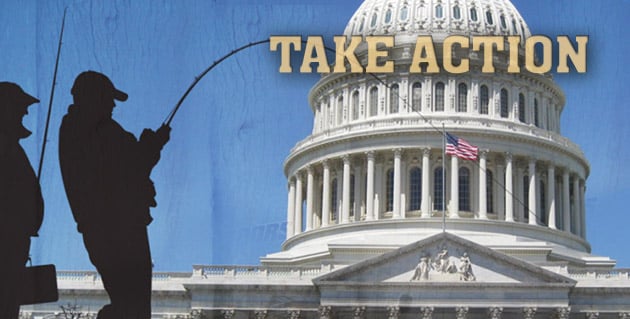 When imported seafood, which is not regulated or managed by NMFS, is removed from the equation, the corrected data show that the recreational fishing industry is actually $7.9 billion dollars larger than the commercial fishing industry.

Furthermore, the corrected data show that the domestic commercial fishing industry actually decreased by $2.3 billion in 2012.

“When seafood imports, industrial species, shellfish and fish that aren’t caught by recreational anglers are removed, recreational fishing generates $33.3 billion dollars more than their commercial counterparts while taking far fewer pounds of fish,” said Ted Venker, Conservation director for the Coastal Conservation Association. “That is the apple-to-apples number that needs to be considered when we are talking about management decisions that impact domestic fisheries, and it is important that NOAA corrected the data.”

In late April of this year, NMFS released its Fisheries Economics of the United States 2012 with the headline “NOAA Reports Show Strong Economic Gains from Fishing, Continued Improvement in Fish Stocks,” but there was no indication that the agency had changed the way the economic impact data were compiled in the report.

Previously, NMFS separated imports from domestic industry figures and reported each separately. In the latest report, the agency eliminated that distinction and simply published a total that included domestic and imported seafood.

As such, topics such as imports from illegal, unregulated and unreported (IUU) fishing, 75,000 pounds of shark fins and shrimp harvested by practices that the U.S. has banned were included in the totals for the domestic commercial sector.

“It was important to set the record straight because people naturally use this report to compare the two sectors, and combining imported seafood with domestically caught seafood gives an overinflated and incorrect representation of the economic impact of this country’s commercial fishing industry,” said Mike Nussman, president and CEO of the American Sportfishing Association. “This is particularly risky if this information is used to halt progress on important management decisions such as how fisheries are allocated between the two sectors. More than 64 percent of the total sales of seafood is generated by imported product which should have no bearing whatsoever on allocation discussions.”

The agency refused to reprint the report, but did release a web query that allows individuals to remove imports and generate an accurate report on their own.

Editor’s Note: If you fish and want to continue fishing, or let your kids experience the appreciation of nature that comes from our sport, then consider joining or donating to KeepAmericaFishing or another sportfishing group that is fighting for your right to fish. The other side is playing dirty and these organizations are the only defense against abuses of power such as NMFS has demonstrated.