There are multiple ways to create ceviches. Plus, they don’t just come from Mexico and Latin America. Last weekend at the SoCal Long Beach Fred Hall show, in between seminars, I learned about a Polynesian ceviche that sounded too good not to try. It’s a New Zealand ceviche with French Polynesian and Fujian roots. That part of the world calls their ceviche, Kokoda. It starts with raw fish, fresh veggies, lime juice and then ends with coconut milk. These unlikely ingredients all come together while creating this refreshing tropical dish. 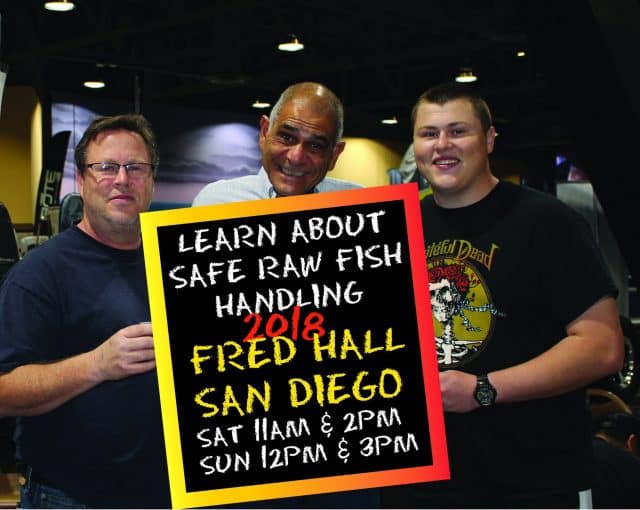 In between my “safe handling of raw fish” presentations, I had a chance to meet and then talk with a lot of fishermen whom I’d never met and old fishing buddies as well. Which brings me to my fishing buddy, Ryan and his girlfriend, Jackie. They introduced me to the owner of the company they’re working with, Graham Kay, of scoutinflatables.com. Graham is from New Zealand where he loves to boat and fish. Soon, we started talking about yellowtail fishing, and then Graham pulls out his phone while showing me his favorite yellowtail recipe. It’s a New Zealand ceviche called Kokoda. I took one glance at it and realized I had to make it.

So, here it is. Just grab some fresh yellowtail, limes and then climb your local coconut tree… Because after that, you’re half way done creating this New Zealand ceviche called Kokoda! 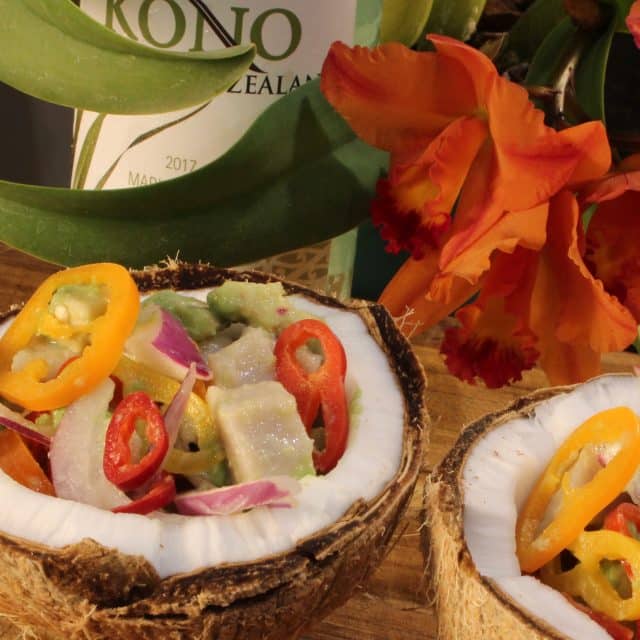 Please visit Fisherman’s Belly for many more delicious recipes and unique ideas for preparing your seafood and fresh catch or visit the “FishermansBellyChannel” on Youtube to subscribe for weekly updates: http://bit.ly/2x2Zom3