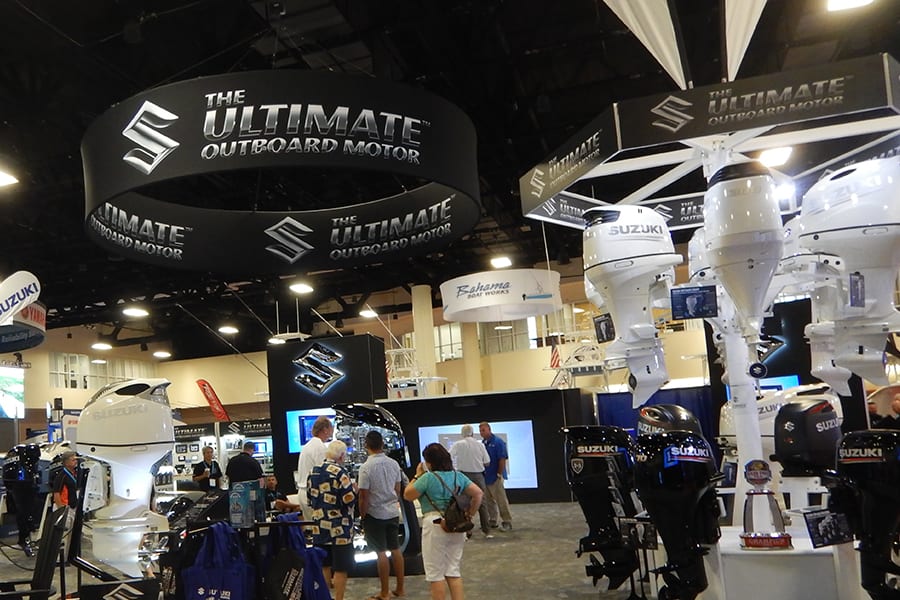 Suzuki has a number of new outboard engine offerings introduced this fall and boaters have good reasons to be excited.

It was barely over a month ago that Suzuki introduced their new Watergrip propellers, and not long before that they announced the all-new Suzuki SMD Multi-Function displays.

Clearly, Suzuki isn’t a company that plans to rest on their laurels. And now, they’ve announced three more new additions to the stable for 2020:

The DF150RSS and DF200 RSS (available in 20- and 25-inch shaft lengths) share Suzuki’s 175-cid in-line-four powerhead and feature multi-stage sequential fuel injection, Lean Burn Control technology, a 32-bit ECM, advanced knock and O2 sensors, and a potent 10.2:1 compression ratio. They also have cowls designed with a semi-direct air intake system that delivers cooler air to the induction module, and one-way air ports that allow the flywheel to push warm air from underneath the cowl, reducing the temperature inside the engine.

Nothing new, there. But for 2020, these models will have new lower units with sleeker gear cases that deliver a 2.0:1 reduction. With this comes two big changes: first off, an ideal hole-shot for small but aggressive-performing fishing machines, like bass boats, flats boats, and bay boats. Secondly, these new lower units are designed to swing the Watergrip props. 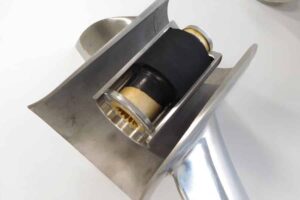 A quick refresher: the Watergrips have a unique octagonal bushing that ratchets instead of breaking free if your prop strikes something. That means your prop and lower unit remain protected in case of a grounding or a striking, but afterward, the bushing can still get a grip and you can continue on your way. With old bushing designs, it would have meant a “spun” prop hub, which only operates at pre-planing speeds.

You’re probably already familiar with the Suzuki V-6 outboard line-up, ranging from 225- to 350-horsepower. And unless you live in a cave, you’ve heard the most news recently about the big 267.9-cid Suzuki V6 DF350A.

One of the headline-grabbing aspects of the DF350A is its dual contra-rotating propellers. A contra-rotating rig has two propellers on the same shaft which rotate in opposite directions, recouping some of the forward thrust lost to rotational energy, adding a tremendous amount of blade area, and vastly improving handling when operating in reverse.

Starting in 2020 the DF300B is added to the DF300AP in Suzuki’s 300-horse line-up and with it comes the ability to get those contra-rotating props on a 300-horse engine. It has a different piston compression ratio, camshafts, head design, and ECM, and can also run on 87 octane fuel. Plus, by distributing the power across six prop blades as opposed to three, Suzuki can reduce the size of the gear case to create a more hydrodynamic lower unit with less drag. The cowl has also been updated, to include a dual-louver direct air-intake system that provides cooler air and separates out water, spray, and moisture, as well as reduced sound levels.