Navionics, Inc., a Garmin® company, just announced that it has developed new SonarChart Shading for its exclusive Platinum+ and HotMaps Platinum cartography products for coastal and inland fishing and boating.

Embedded within the satellite overlay content layer, SonarChart Shading provides a detailed rendering of the seafloor and lake bottom to deliver a unique perspective of underwater topography at a glance. Created from the high-definition 1’ contour data within SonarChart, varying shades of blue reveal changes in depth, highlighting channels, drop-offs, and other features that help boaters quickly gain a better situational awareness and offers inland and coastal anglers clear, visual cues to identify fish-holding structure. 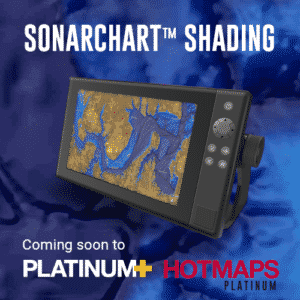 “SonarChart Shading is a natural progression of SonarChart,” said Marcello Albanese, Navionics director of sales and business development. “It puts to use the enormous amount of depth data we’ve amassed from proprietary surveys and crowd-sourced contributions in the form of a completely new visual display for our customers.”

SonarChart Shading can be viewed on the same GPS chartplotters that are compatible with HotMaps Platinum and Platinum+ satellite overlay and with the same options, including selectable overlay on land, land and shallows or full overlay. Adjustable transparency allows customers to view the new imagery blended with either the SonarChart bathymetry map or the Nautical Chart.

At closer zoom levels, SonarChart Shading is replaced by the actual satellite imagery over water, allowing boaters to see a bird’s eye perspective of sandbars, marshes and backwater channels. In addition to SonarChart Shading, Platinum+ and more than 2,600 lakes HotMaps Platinum lakes will offer updated and optimized high-resolution satellite imagery. Some lakes may have partial coverage.

SonarChart Shading is expected to be available beginning in mid-spring with HotMaps Platinum for U.S. and Canada. Coastal coverage will follow with updated Platinum+ marine charts for U.S., Europe, Canada, and Central America, then South America and Australia by mid-summer 2019. Availability for other regions is expected by Q4 2019. 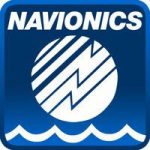 More about Navionics on BD.