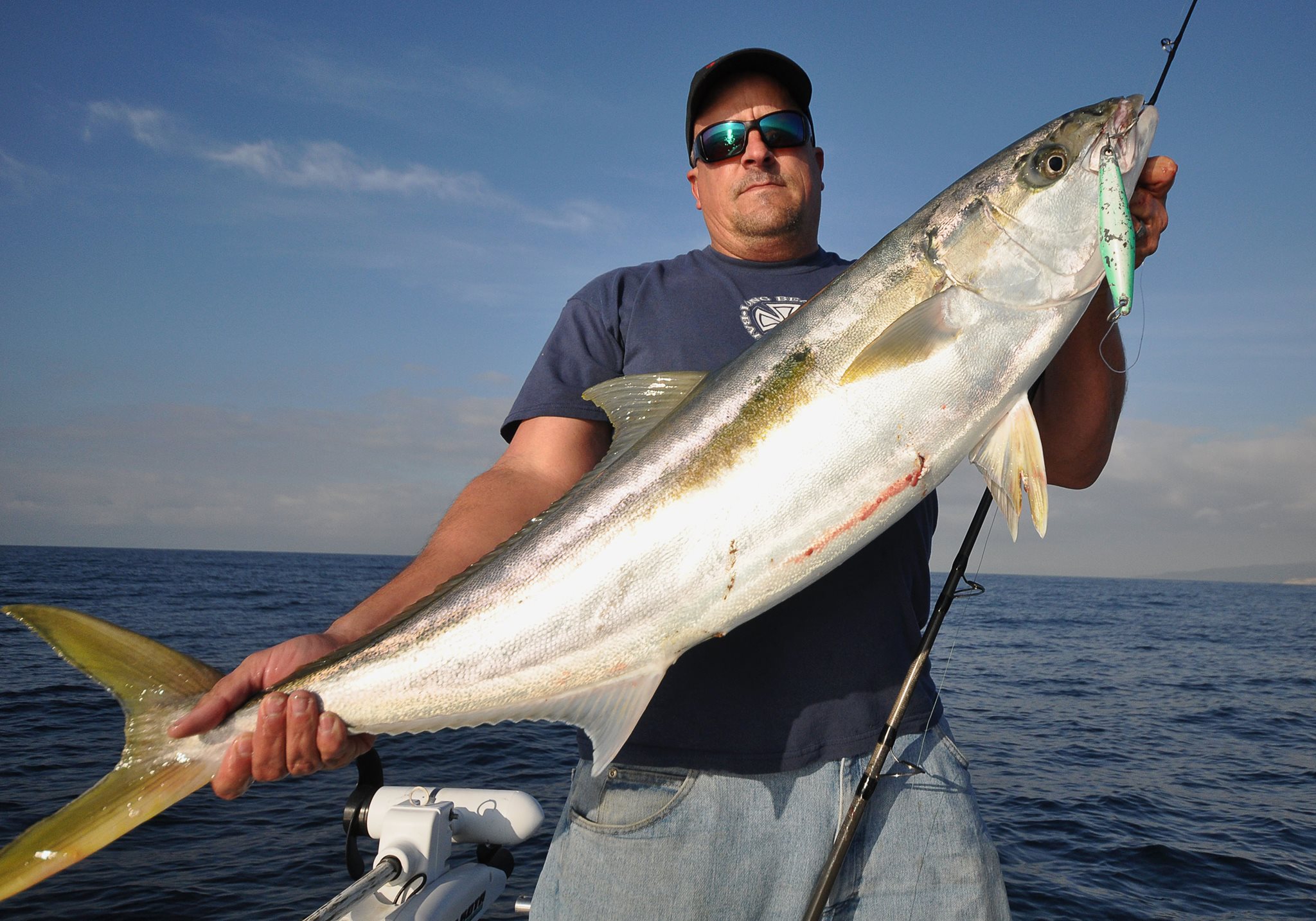 With the BD Outdoors Yellowtail Shootout about a week away, it’s time to take a look at where this year’s winning fish might come from. A lot can change in a week or even overnight so regardless of what your initial plan is you’ll want to do your homework and keep a close eye on fishdope in the days leading up to the event to maximize your odds of connecting with the right fish. 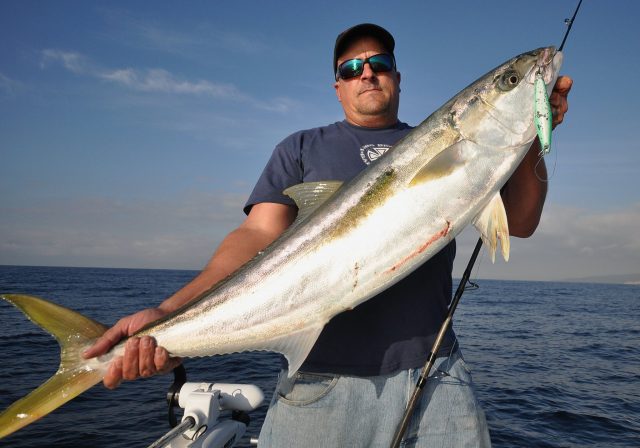 The event’s “lines in” format really opens up the playing field so we’ve got a lot of water to cover.  Thats where Navionics charts can really help you know where to start. 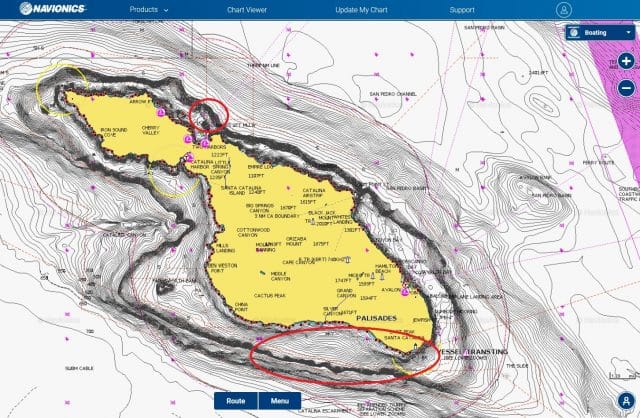 As far as fishing options go Catalina is definitely a long shot, both in distance and chances of finding the right fish. That being said, there are two areas at the island that have been kicking out the quality of fish I think you’ll need to be competitive. Predicting winning tournament weights is always a crap shoot at best but based on what I’ve seen, I’d be pretty happy with a 25-pound average this year. The key to the Catalina bite is having live squid and being in the right place, which is the Isthmus or the backside east end, at the right time, which is dawn. If someone is going to get it done at Cat, I’d imagine it will happen early enough that they can cruise on the 65 to 75 mile run back to the weigh in. 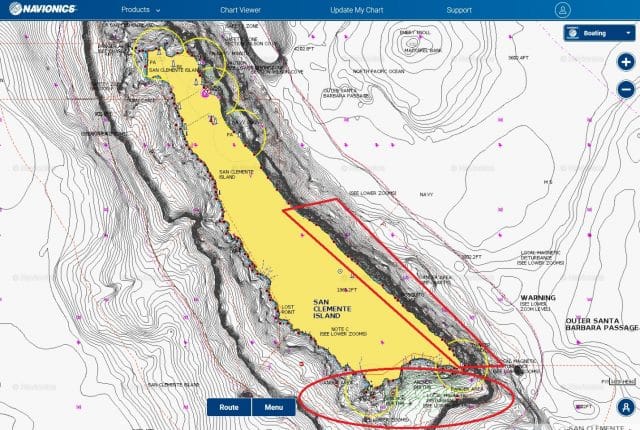 San Clemente Island is a little closer and the bite there is a little more user friendly. Live squid is also the hot ticket at the island but the fish have been receptive to sardines and jigs in recent days. There are fish scattered around the island but the east end backside and the east front half of the island are your best bets. On the backside the fish are holding around the hard bottom and pinnacles outside China Point. They can be in anywhere from 80 to 180-feet of water on any given day, so your best bet is to look for birds and meter around for bait schools and fish. Though it’s likely to be more crowded, the fish along the front side of the island should be easier to locate. Since that part of the island is mostly featureless the fish tend to travel up and down the island. While most sport boats anchor up in 80 to 100-feet of water, the fish will often swim as shallow as 20-feet of water. My advice would be to cruise along the island looking for bait, birds or other signs of life. Slow trolling a sardine or mackerel can also be a great way to locate fish if the sea lions will leave you alone. 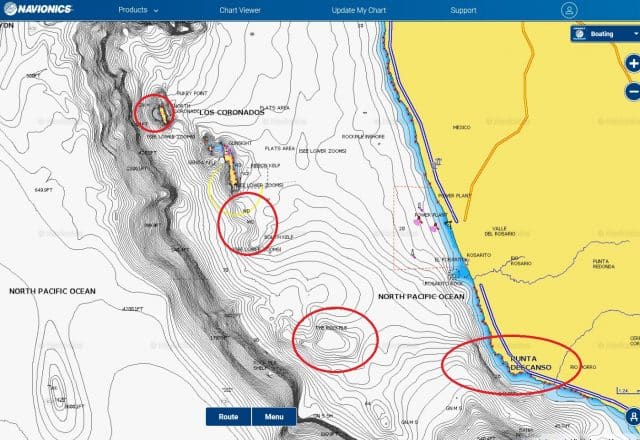 Boats that aren’t looking to make a long run can fish the Coronado Islands or along the Mexican coastline. The Coronados have been hit or miss the last few weeks due to some dirty water that seems to be stuck there but boats have scored some good fish from time to time. If I were fishing the islands I’d avoid the middle grounds due to the sea lions and focus my energy along the weather side of north island or south of the islands at SKR. Slow trolling is an effective way of locating fish, if you can avoid the sea lions. If you’re willing to roll the dice a little, I recommend running down and looking at Descanso or the Rockpile. There hasn’t been much reported out of either of these areas lately but if you find some fish there’s a good chance you’ll have them to yourself. 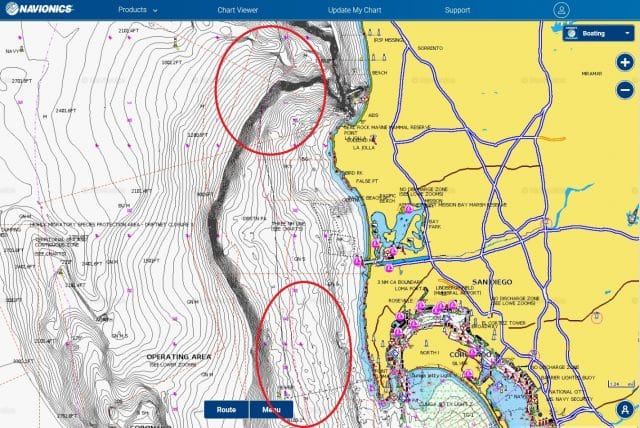 Finally, kayakers or those boats hoping to take down the big fish award at the event will likely be focusing their efforts on La Jolla. If it gets too crowded you might be better off looking in deeper water outside the kelp along Point Loma. The fish along the coast have been scattered and sporadic at best, so you’re absolutely going to need to be at the right place at the right time to get a shot. If I were fishing that zone I’d stay mobile and focus on glassing for birds that look like they might be thinking about getting together over some fish. If you look for birds that are already on fish, chances are that someone is going to beat you to them or they’ll be down again by the time you get there.

Good luck out there! If you’d like to learn more about Navionics Sonar Charts, stop by and say hi to me at the Navionics display at the awards on Sunday, I’ll be happy to show you how it all works.