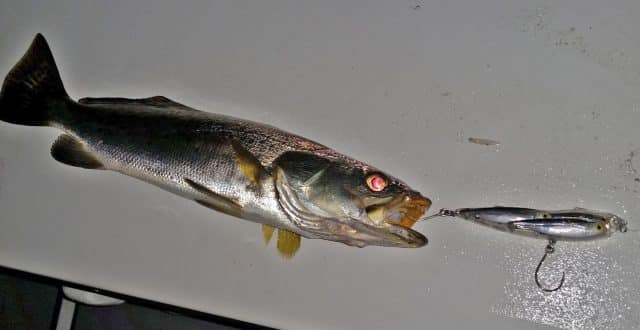 A Live Target Glass Minnow Walking Bait with Mustad Inline hooks.Anglers are catching on to the idea that a single hooks are better than a cluster of treble hooks on one’s lures for staying hooked during the fight.  Mustad, a leader in the world of fish hooks for 184 years, is one step ahead and has already perfected the super-sharp inline single hook that they named the Kaiju or Mustad #10121NP-DT.

“The Kaiju Inline Single Hooks were introduced in 2015 and have enjoyed a steady rise in popularity and sales”, said Reid McKinstry, Mustad’s Sales Manager .  “We are excited to see the new heavy-duty version, the 10123, work its way into the market for the tuna popper and jig guys who need a super strong, single hook to catch the big ones.  That is what Kaiju means in Japanese, “Monster”.

The Kaiju Inline Single Hook benefits from Mustad’s Ultrapoint technology that creates a hook point that is 20% sharper and designed to stay that way during heavy use.  The 4.3 Microsharp Point Technology creates a point that is 4.3 times the wire diameter, which is proving to be the key to incredible sharpness without weakening the hook by removing to much metal.  The Ultrapoint hook is then Nor Tempered to increase strength by up to 30% compared to conventional tempering methods.  Starting with 4X Strong Wire, Mustad’s inline single hook is light enough so as to not interfere with a lure’s action, but strong enough to hold up to extreme punishment.

Single inline hooks are not just a regular hook.

They are designed with the eye of the hook turned vertically so that the hook will lay correctly when placed on the split rings of any lure.  A normal hook would end up sideways.

For years anglers figured treble hooks and more points had to be better, but those who make the switch to single hooks are often turned into believers in the single hook theory.  While a mouth full of trebles makes sense, the reality is that the fish is often snagged somewhere in the outer part of the mouth, which holds sometimes, but often pulls free during the fight.  Single hooks allow the fish to grab the lure and slide down until the lone point finds a home in the jaw.

Single hooks offer several peripheral perks to fish and anglers. They are much safer for anglers who are working to unhook fish either for release or for the cooler.  In addition, single hooks are much better for the fish and do less damage to eyes and gills when release is on the menu. 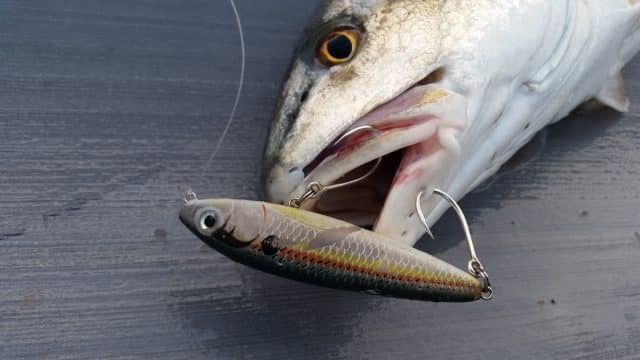 I’ve been switching over my topwater plugs to the Kaiju Single Hooks while fishing inshore in the Indian River here in Central Florida.  I’ve had great success on redfish and trout and I believe that the hook up ratio is just as good as trebles and the “stay on the hook” ratio is definitely better.  I’m sold on this use, but it is not the first.  For years we’ve been changing out treble hooks on our offshore poppers for tuna fishing for the same hook holding benefits. 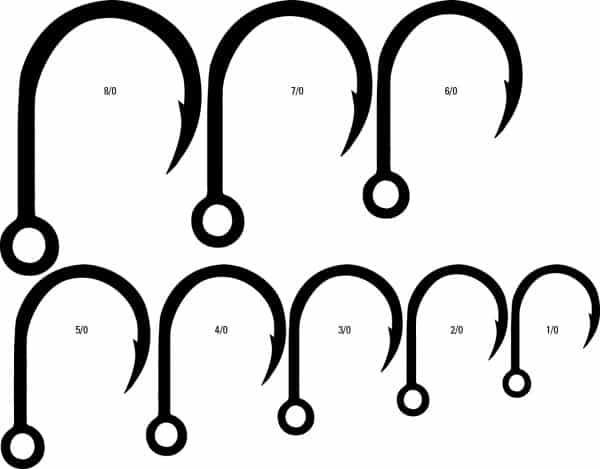 The Kaiju Inline Single hooks come in a range of sizes from 1/0 to 8/0 to match any type of fishing you might do.