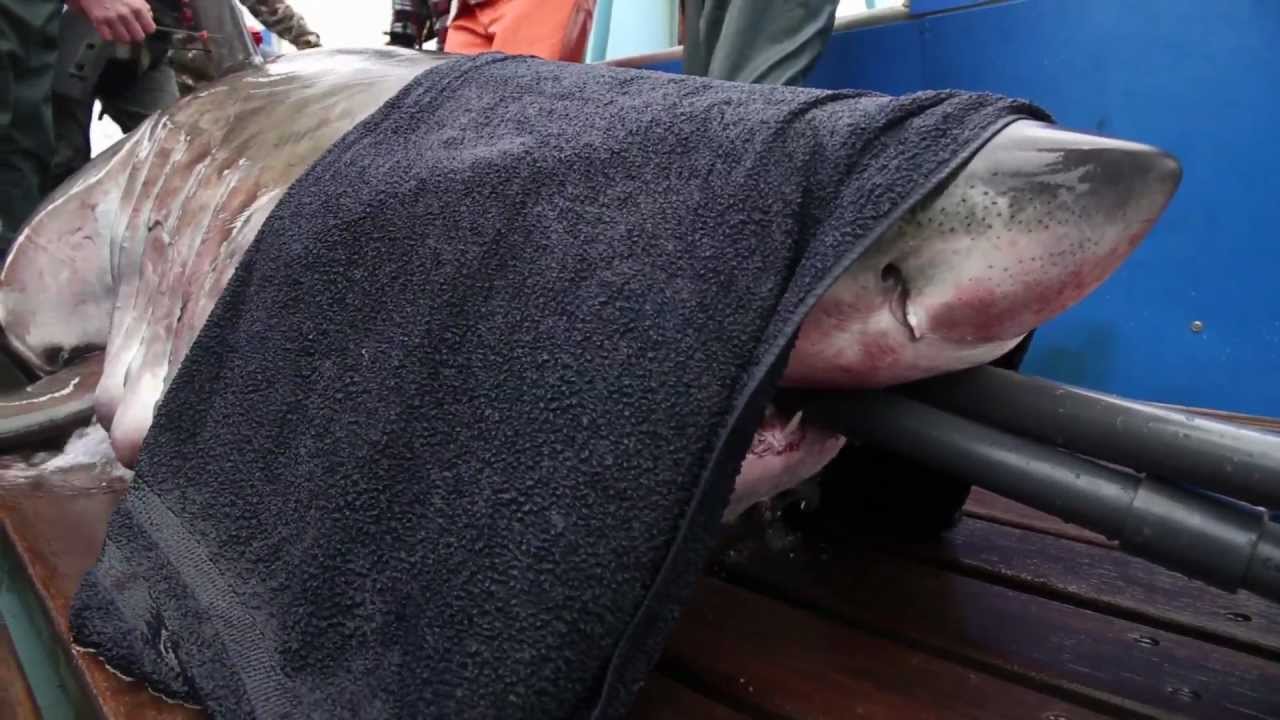 Scientists from Mote Marine Laboratory recently tagged a great white shark with a fine-scale motion sensor and collected biological samples from the shark during an expedition led by the nonprofit OCEARCH in waters off Jacksonville, Florida.

Mote scientists returned to Sarasota this week with the samples and a tag recovered from “Lydia,” a great white shark weighing about 2,000 pounds and measuring about 14 feet and 6 inches long.

Lydia was tagged and released Sunday, March 3, for research and tracking by an expedition team from OCEARCH and scientists from Mote, the Massachusetts Division of Marine Fisheries, University of Massachusetts-Dartmouth and the University of North Florida.

Lydia is the third great white shark that Mote scientists have helped tag and study during joint expeditions aboard the 126-foot MV OCEARCH, which features a 55,000-pound capacity research platform that can lift large great whites out of the water so scientists can tag them and collect biological samples and then release these huge fish, supporting research and education about large predators that are vital to ocean ecosystems. 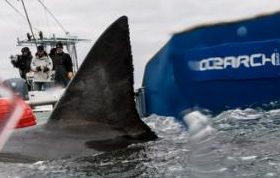 Mote scientists tagged Lydia with an accelerometer, which is a fine-scale motion sensor designed to record a shark’s every tail beat and tilt of its body using the same motion-sensing technology found in smartphones.

Mote scientists deployed accelerometers on the dorsal fin of great white sharks for the first time in history during a previous OCEARCH expedition near Cape Cod. These tags can provide unique insights into what great white sharks do in the wild and how they fare after tagging and release.

Mote researchers also collected samples of blood and tissue from Lydia to study how environmental contaminants affect great white sharks. The samples will be analyzed for persistent organic pollutants and petroleum contaminants by Mote’s Environmental Laboratory for Forensics and for mercury by the Florida Department of Environmental Protection. Sharks may be vulnerable to contaminants that collect, or bioaccumulate, in the bodies of the prey they eat.

In addition, Lydia was fitted with a satellite-linked tag for a tracking project led by Dr. Gregory Skomal, Senior Scientist with the Massachusetts Division of Marine Fisheries.

Visit this website to follow Lydia’s movements in the wild. As of this writing, she was located offshore near the Florida-Georgia border.