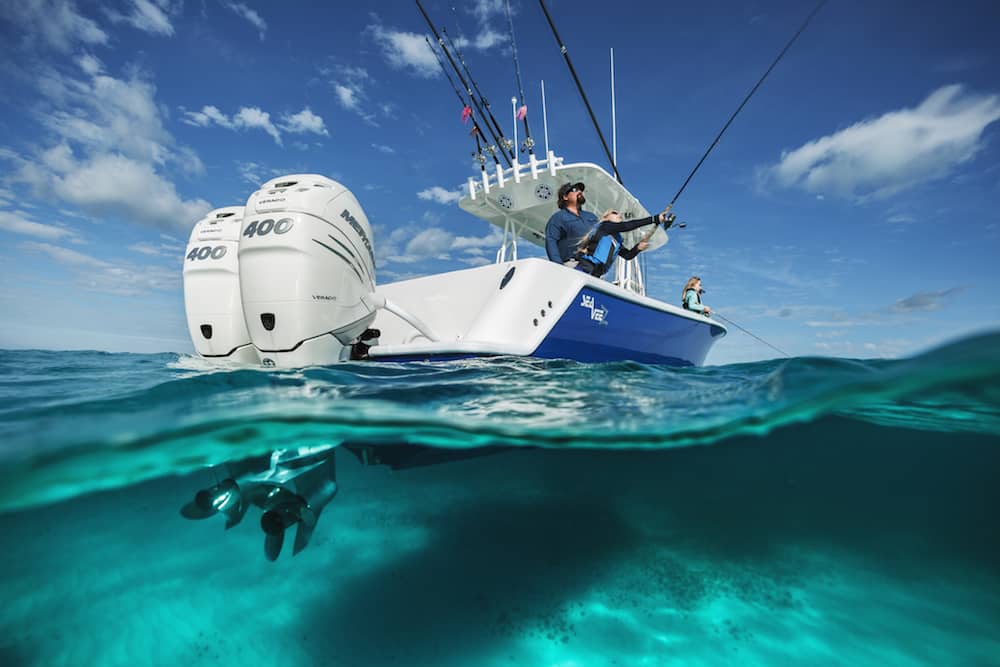 The all new Mercury Verado 400 is similar, but not identical, to the Mercury Racing 400R.

We’ll assume for argument’s sake that you’re already familiar with the Mercury Verado 350 and the Mercury Racing 400R outboards, both based on the Mercury Marine 2.6-liter in-line-six block that gets a serious power-booth from a water-cooled supercharger. So, why would they roll out another version of the same powerhead with different decals? They wouldn’t.

Fortunately, the new Verado 400 is more than just a new paint job.

Mercury managed to take the Verado from 350 to 400 horses in the 400R version by reshaping the cylinder heads and valve trains in the engine, but perhaps most notable, they also remapped the engine to allow for a 7000 rpm. That was a high enough rpm range to make some folks a bit nervous and importantly, the new Verado 400 caps max WOT rpm at 6800. That’s still significantly higher than competitors like the Yamaha F425 XTO Offshore outboard that the Verado 400 is sure to be compared with, which is capped at 6000 rpm, but is a notable reduction nonetheless.

Before we did any deeper, we’d be remiss not to point out the fact that while the Verado may have to work harder than the F425, it has a serious weight advantage. At 683-pounds, it’s a whopping 269-pounds lighter than Yamaha’s V8. In twin or triple engine applications – and beyond – that lighter weight multiplies into quite a difference.

The extra punch behind this engine lays, of course, in the use of a supercharger. That allows the Mercury to produce nearly as much power with two fewer cylinders and less than half as much displacement. A potential down-side to this approach is reduced longevity, and the one-year warranty the 400R carried wouldn’t do much to allay the fears of an angler making numerous long-range runs offshore. The Verado 400, however, carries a full three-year Mercury warranty. You can be sure Mercury wouldn’t provide it, if they didn’t have full confidence in the package.

So, what are the other differences between the Verado 400 and the 400R? Obviously the ECM has been remapped, but beyond that the pinion gear is directionally shot-peened to take on more load, exhaust valve seat materials have been upgraded, gears have been improved, electronic boost control valve and throttle calibration have been changed, and the Verado utilizes Mercury’s 5.44-inch 1.75:1 heavy-duty gearcase. That gearcase is an important part of the mix since the 400R version runs with the HD Sport Master gearcase, which is really designed for boats that travel at speeds of 85-mph or higher.

Another difference between the models can be sensed at the helm: while the 400R is all about speed, period, the Verado 400 has been designed specifically for pleasurable use on recreational powerboats. It incorporates Mercury’s vibration-reducing Advanced MidSection (which has perimeter mounts to reduce vibrations reaching the boat), and acoustic engineering that Mercury claims makes it 34-percent quieter than the leading competitor’s 350-horse outboard at 6000 rpm. The engine is also compatible with all the latest Mercury pleasures and perks like Joystick Piloting, digital controls, Active Trim, and electro-hydraulic power steering.

Pricing starts at around $34,000; visit the Mercury Marine Verado page, for more information. 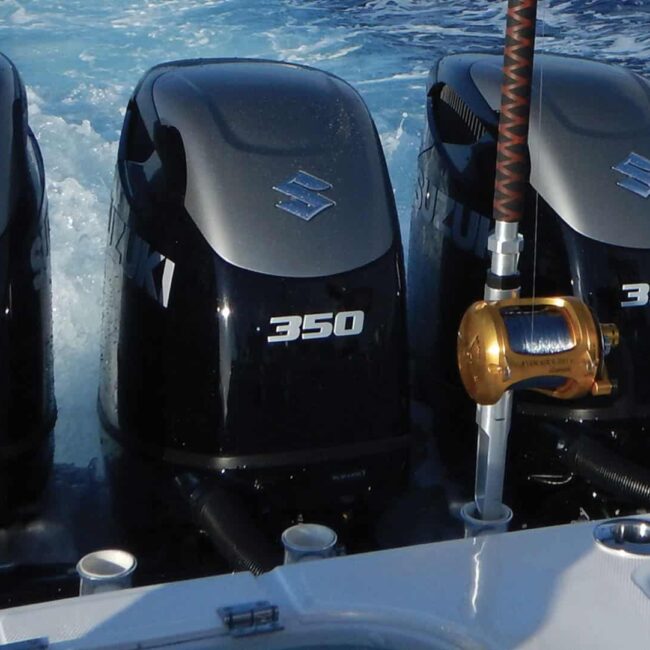