Over the past year, The International Game Fish Association (IGFA) has been hard at work in California to help protect game fish, educate the next generation of anglers and recognize the achievements of California anglers. 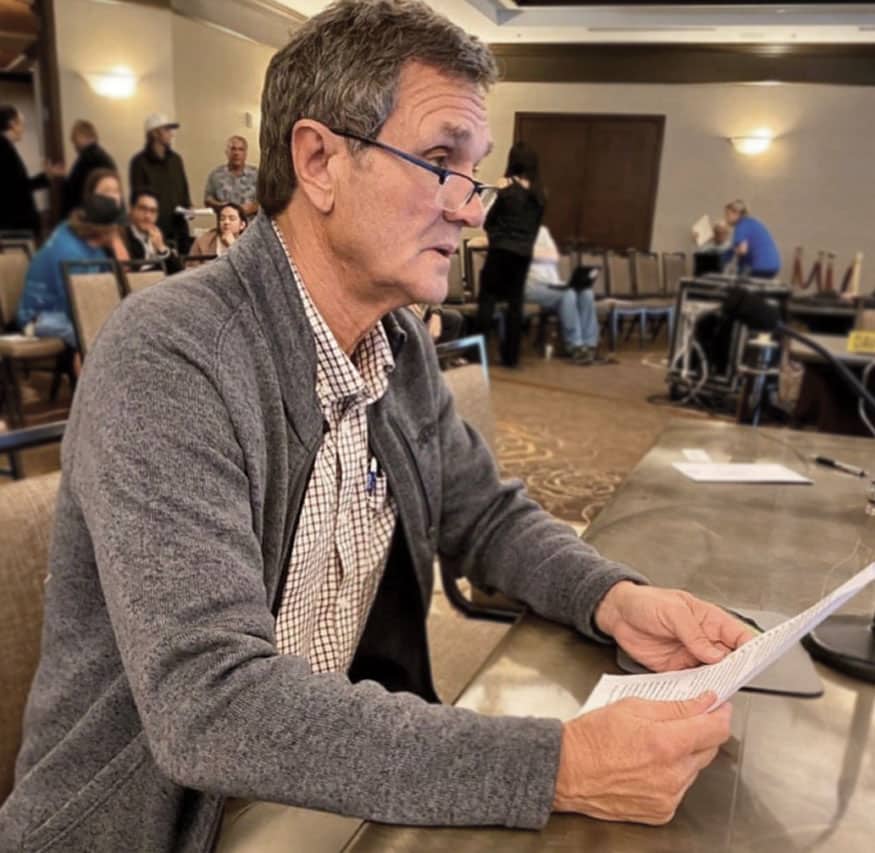 Thanks to a tremendous show of support by the recreational fishing community, the Pacific Fishery Management Council (PFMC) voted not to proceed with permitting a longline fishery outside the U.S. Exclusive Economic Zone during their November 2019 meeting. This is a big win for the United States West Coast and comes on the heels of last year’s California bill that will ban drift gillnets by 2023 and the recent authorization of a limited-entry deep-set buoy gear fishery for swordfish. This victory could not have been accomplished without the IGFA’s partners at Wild Oceans, the American Sportfishing Association, and CCA California. Special thanks go out to IGFA Trustees Bob Kurz, Chase Offield and Bill Shedd for providing public comment at the November PFMC meeting.

During its September 2019 meeting, the Pacific Fishery Management Council (PFMC) unanimously passed a motion to authorize deep-set buoy gear as a new way to commercially harvest swordfish. The IGFA has worked ardently on this issue for the last four years alongside Wild Oceans, the Coastal Conservation Association of California, the American Sportfishing Association, and the Pew Charitable Trusts. Authorization of deep-set buoy gear by the PFMC compliments a law passed in California last year that will ban the use of drift gillnets by 2023 by providing the commercial sector with an ecologically and economically superior method to harvest swordfish that benefits commercial fishers, recreational anglers, and the environment alike. 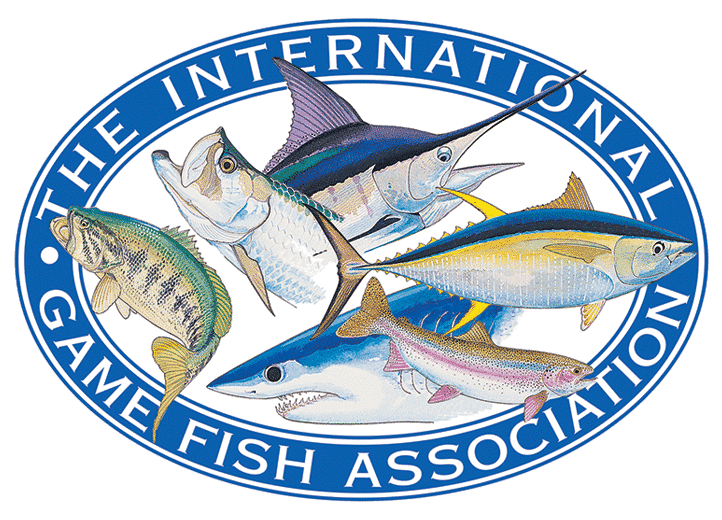 Children are the key to the future of recreational angling. It’s vitally important that we get young people out on the water and teach them how to be ethical and responsible anglers. By doing so, we will help secure the future of our sport. As part of the IGFA’s 80th anniversary celebration in 2019, we launched an initiative to teach 100,000 kids around the world to fish over the next three years. Over the past year, the IGFA has reached nearly 20,000 kids in 23 different countries, on six continents. Our network of members and partners in California have been influential in helping us reach this goal and in 2019, we successfully reached 3,000 youth in California. This could not have been possible without the support of our partners in California including Reel Guppy Outdoors, San Diego Anglers, Southwester Yacht Club, Balboa Angling Club, and numerous IGFA Trustees and Representatives. To learn more about the IGFA’s youth education initiatives and programs, please contact IGFA Youth Education Manager Lisa Morse at [email protected].

In 2019, the IGFA approved a total of 25 new IGFA World Records for fish caught in California. Here are some of the highlights from the past year! 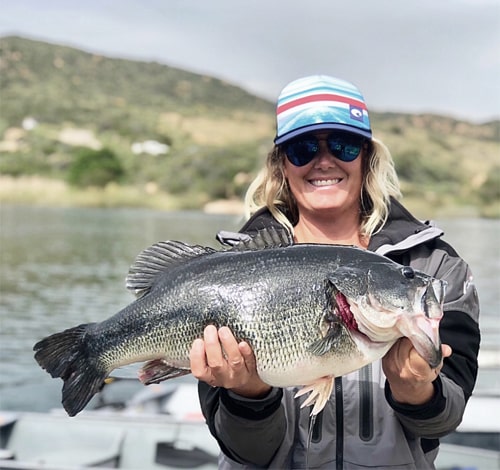 California angler Tracy Hartman set the new IGFA Women’s 2-kg (4-lb) Line Class record with this beautiful largemouth bass. Her lunker largemouth weighed in at 5.3 kilograms (11 pounds, 12 ounces), which more than doubled the weight of the previous record. The bass was weighed, measured and released safely to be caught by another lucky angler someday. 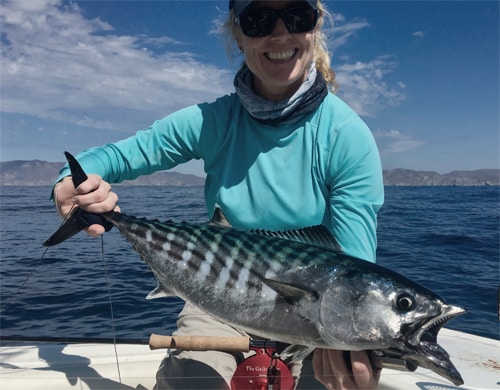 The women’s 6-kg (12-lb) Pacific bonito fly record now belongs to Kesley Gallagher after she caught a solid 3.1-kilogram (7-lb) fish while fishing off Catalina Island in California on September 23, 2018. This is Kesley’s tenth IGFA World Record and the eighth different species she has held a record for. 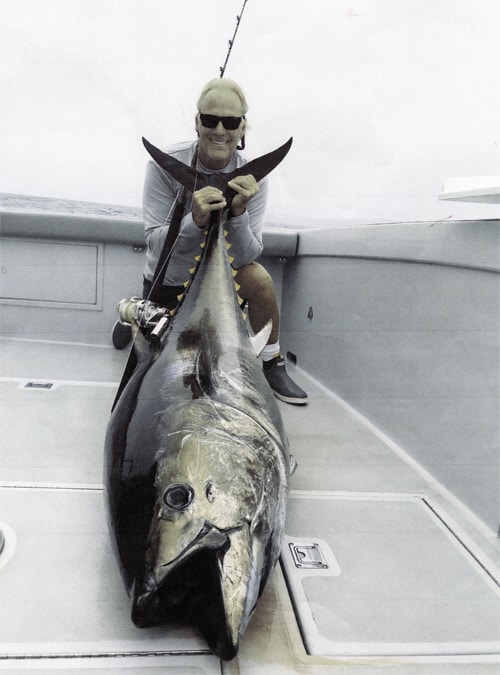 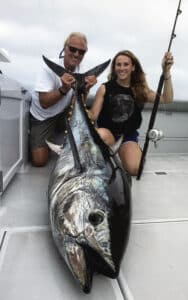 Roughly a month later fishing the same waters, Ali earned the women’s 15-kg (30-lb) record for a 96-kilogram (211-pound 11-ounce) tuna that she landed in just 20 minutes. This is the second Pacific bluefin IGFA World Record for Ali and the sixth for Tom.

As we move forward into 2020, the IGFA is excited to continue this important work in California and beyond. Southern California has a rich history of angling and the IGFA is pleased to be working alongside all the passionate anglers in this area of the world.

Please visit the IGFA’s booth at the Fred Hall Show to learn more about our programs and initiatives, and take advantage of some great membership promotions we are offering exclusively during the show.