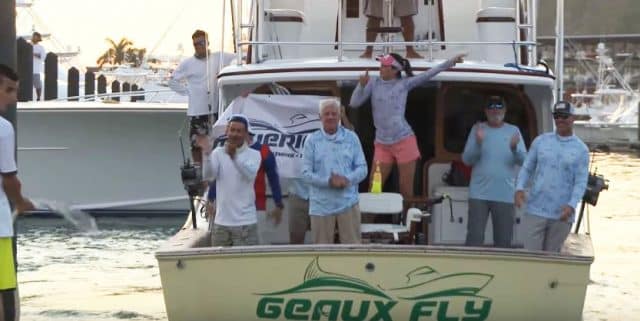 If you ever wondered what big game fishing is about, check out this incredible video from the Los Sueños Signature Triple Crown!

A total of 43 of the world’s most competitive billfishing teams comprised of 207 individual anglers challenged each other over three days of fishing, releasing a total of 564 billfish, including 518 sails and 46 marlin in this year’s Los Sueños Signature Triple Crown fishing tournament.

Will Drost of Maverick Sportfishing described some of the nail-biting action and suspense of fishing at this level of competition, “It was as awesome day when a marlin snuck in on us and we didn’t know what we had till it went crazy on us. The credit goes to Capt. David and the crew.  It was chaos and Capt. David had the boat in some serious reverse and we took a lot of water.  The Yeti almost floated out!  These Maverick boats are built right up the road and they raise fish like crazy.” 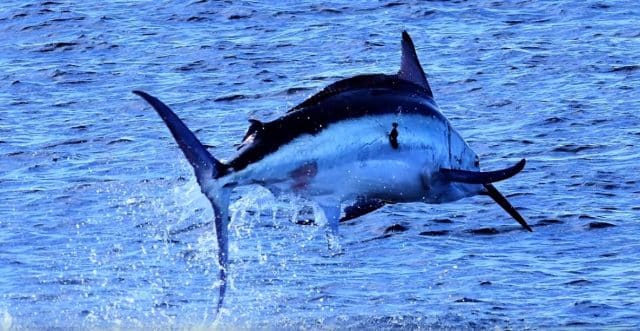 $45,000 Geaux Fly: 3,700 points, 17 sails and 4 marlin
The family team aboard Geaux Fly, a 43’ Maverick, captained by David Mesen, has been participating on and off since 2016. This is also their first podium finish with anglers Will Drost (father), Mitch Drost (grandfather), Cullen Richardson (son‐in‐law), Anna Leigh Richardson (daughter), and Eduardo Espinoza. They finished first on Day 1 and third on Day 2.

$75,000 Gunsmoke: 3,800 points, 18 sails and 4 marlin
Gunsmoke, a 42’ Maverick captained by Warner Porras, has been competing in Los Sueños tournaments since 2010. While anglers Carlos Maria Gonzalez and boat owner Phil Arklin have been on stage multiple times for the top angler award, this is the first time this small team of three anglers, Phil Arklin, Carlos Maria Gonzalez, and Curtis White, have stepped up to the
podium together. Gunsmoke finished third on Day 1, tenth on Day 2, and came out of nowhere for the win.

$100,000 Tarheel: 10,600 points
Tarheel, a 44’ Scarborough Bayliss, captained by John Bayliss, has been competing in Los Sueños since 2015 with anglers Smyth McKissick, Rob Shore, Carroll Brizendine, John BaylissJr., and Jorge Carrillo.  They finished first in Legs 1 and 3 in 2015, and went on to become the Series Champions.
Tarheel finished 21st in Day 1 this leg and moved to 4th on Day 2. 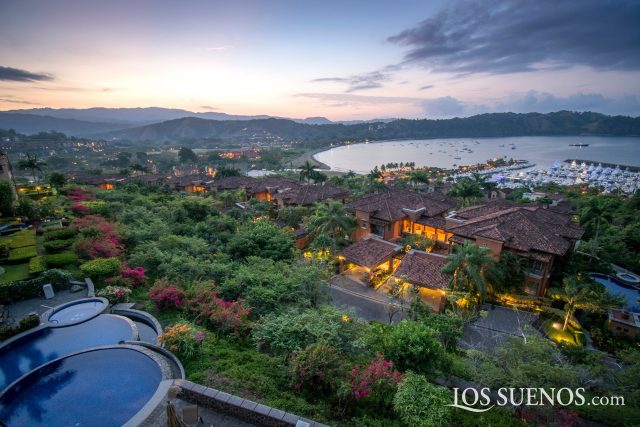