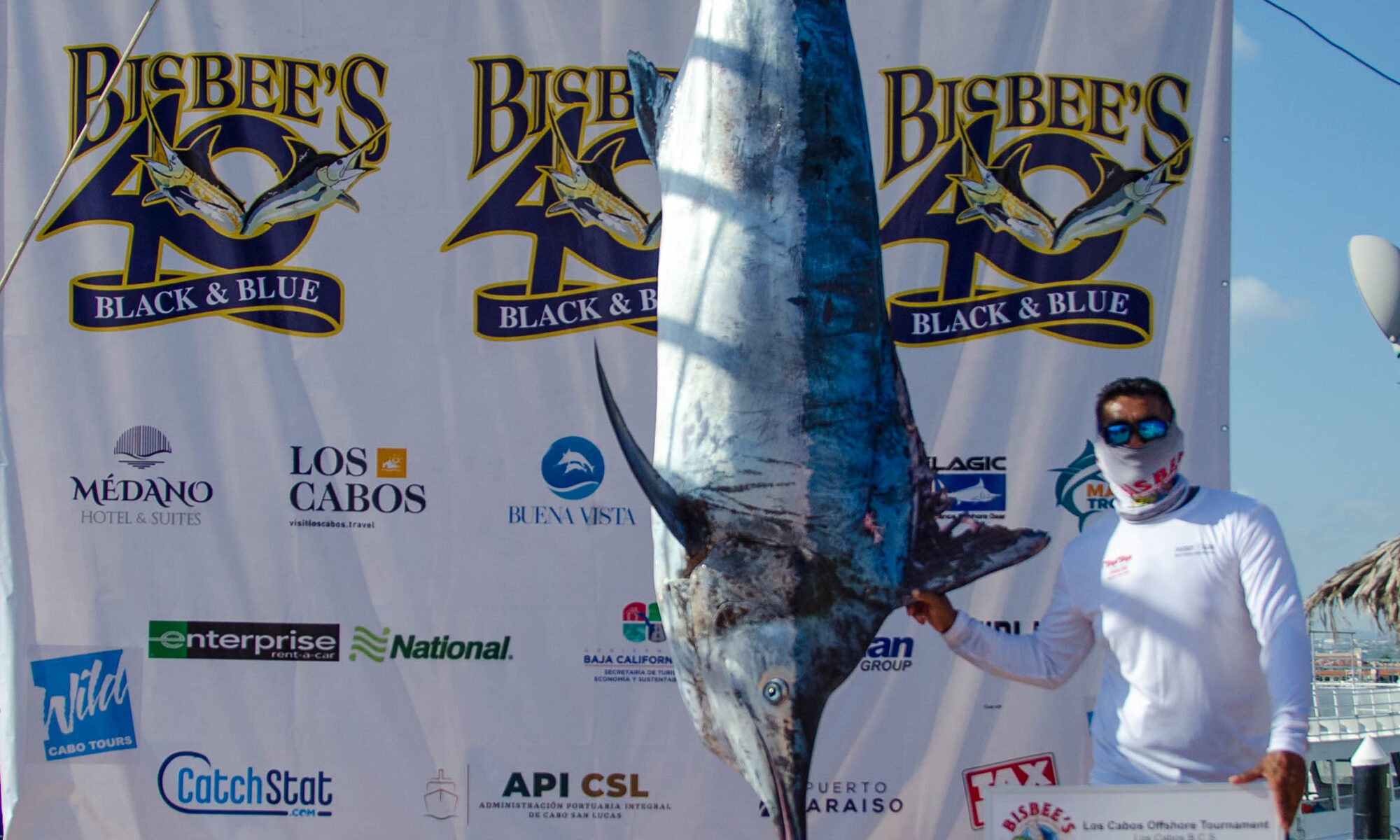 The 2020 season of the Bisbee’s family tournaments continues even as the COVID-19 Pandemic swirls worldwide.

In the second event of the year, the Los Cabos Offshore marlin tournament shattered both attendance records and the total payout amount.  The two-day event awarded eight of the 127 participating teams with its 769 anglers from around the world $1,457,000, breaking the enviable MILLION-DOLLAR mark for the second year in a row throughout its 20-year history. 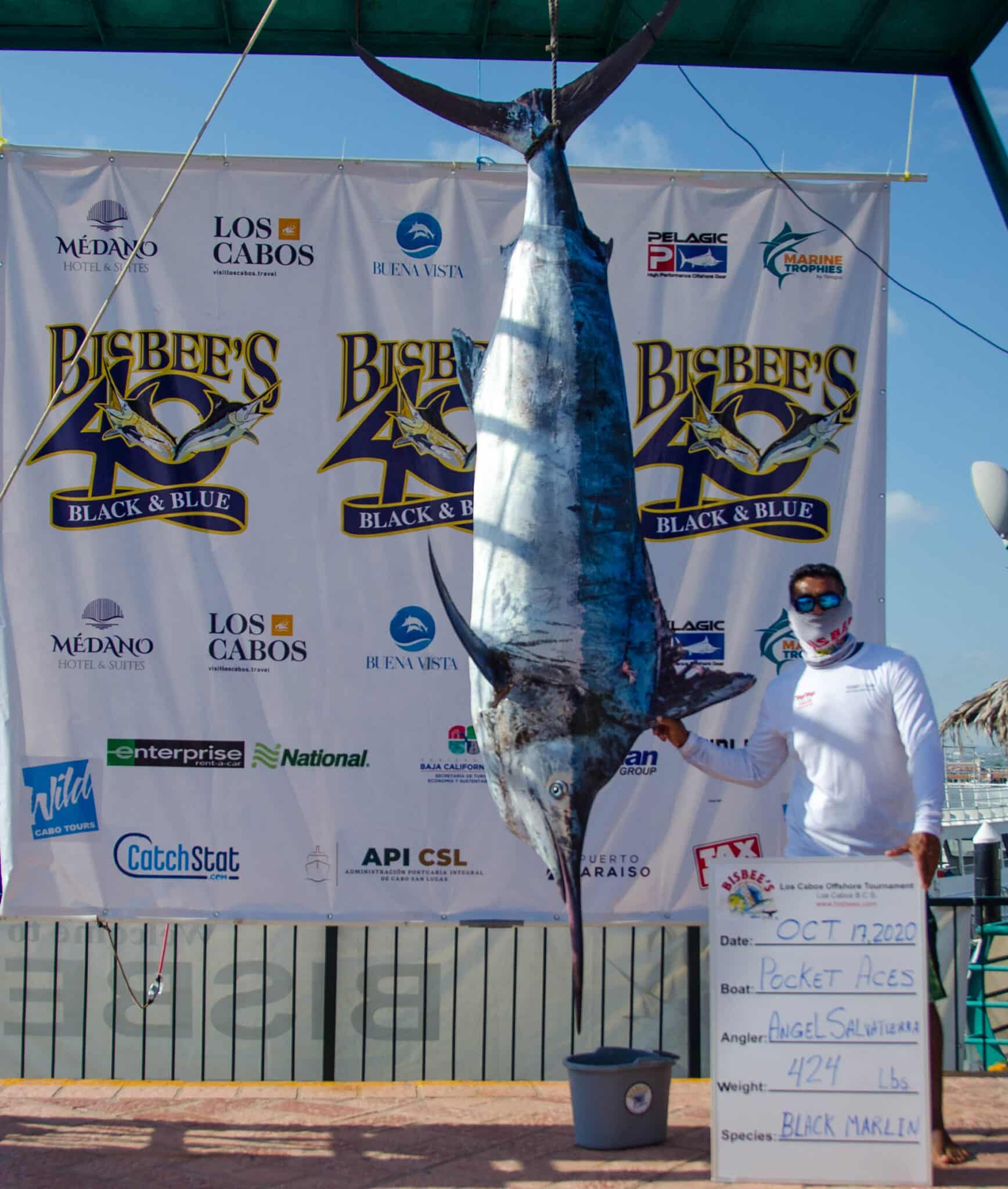 The ongoing Pandemic has affected all activities including the registration and the weigh station which were both moved to the API Cruise Ship Pier.

A link to the Captains’ Meeting video was sent to every team member, every captain, and every crew member, containing all the information in both English and Spanish that would have been covered live at past events.

Protocol required that face masks be worn and social distancing of six feet of spacing between every person was to be in place throughout the tournament. Only the angler and their catches could come to the scale, eliminating team photos. Award checks and trophies were passed out to the eight-winning teams at the Baja Cantina. 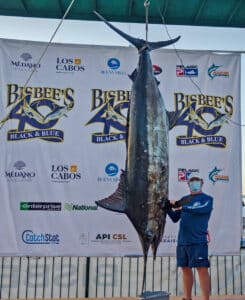 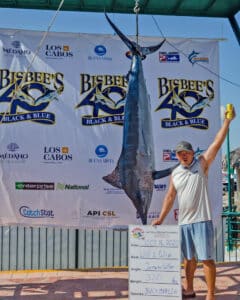 The 40th annual Bisbee Black & Blue runs October 20 – 24 in Cabo in the pursuit of giant black and blue marlin for MILLIONS of DOLLARS in prize money beginning with Registration on Tuesday followed by three intense days of tournament competition. Live scoring can be found on all of the tournaments by going to Bisbees.com and clicking on the CatchStat Live Scoring link. The virtual Captains Meeting can be found on the same link.