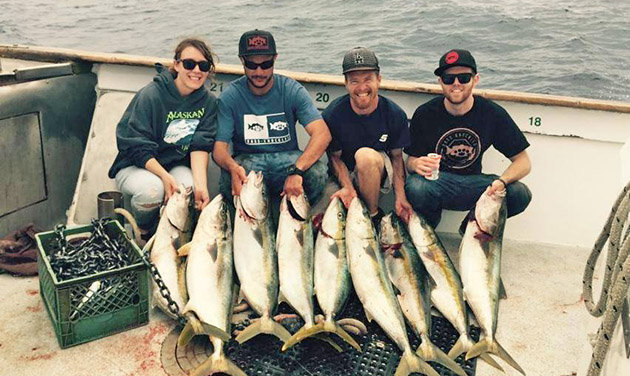 Last week I wrote about the new batch of yellows that we stumbled onto last Tuesday afternoon in deep water outside the 150. Well, it looks like they’ve decided to stay and had reinforcements join them.

The result is the best local yellowtail fishing that anyone has ever seen. 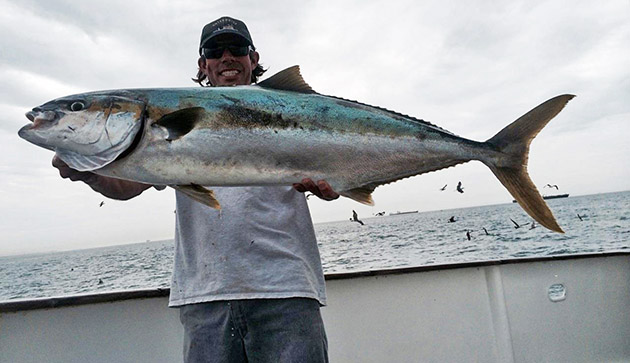 So how good is the fishing? Well, I spoke with my friend Brian Greene who was on the Enterprise out of Marina Sportfishing on Tuesday when they landed 164 fish. He reported as many as 20 fish going at a time for the 36 anglers and every skiff around them bent on big yellows. That same day Captain Mitch Christensen on the Southern Cal out of Pierpoint Landing reported having to cut off the bait and drive away from wide open fishing so that he could make it back to the dock in time for his afternoon half day trip after an 84 fish morning. 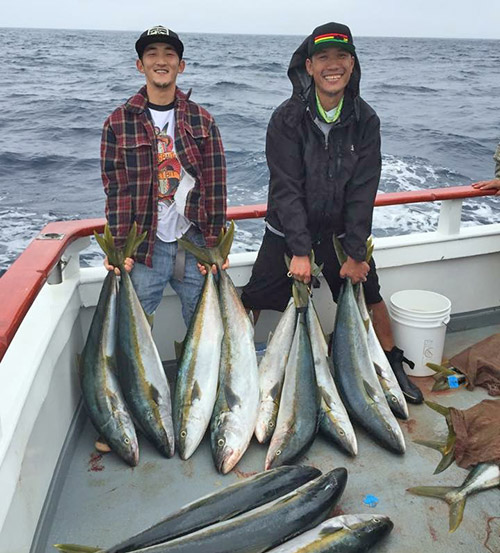 The fish bit again Wednesday with the Tradition out of 22nd Street Landing catching an impressive 87 fish for their 20 anglers. Private boaters got in on the action as well despite rough conditions. My friend Frank Wong finished the morning with 6 yellows on a combination of surface iron and yo-yo jigs. 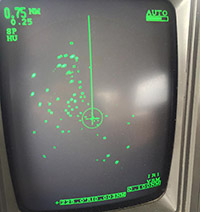 They’re biting again at the time of this writing on Thursday morning, but the boat traffic is getting worse by the day. This morning Captain Bruce Smith on the Fortune stopped at the 150 on his way back from a 1-1/2 day trip and caught a few yellows. He also took a picture of his radar and it showed over 60 boats fishing in a 3/4-mile area. I can’t imagine what it’s going to look like this weekend.

Speaking of the weekend, sport boat anglers can expect heavy passenger loads and lots of negative interactions with clueless private boaters. It sucks, but that’s just the way it’s going to be. To the non-clueless private boaters, I recommend trying to work around the fleet if you’re planning on hitting the area this weekend. 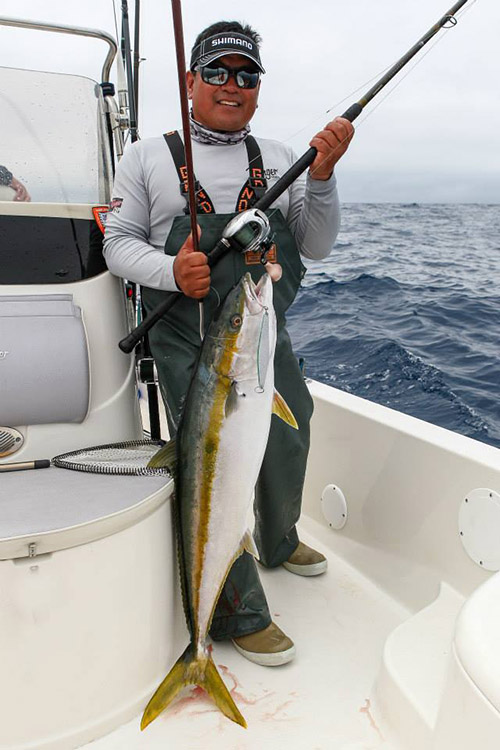 The best way to do this is to fish away from the fleet. I understand that it’s tough to drive away from the fleet when you don’t know where to go to find your own fish, but trust me when I tell you that it’s easy right now. Just start at the edge of the fleet and head away from it while maintaining the water depth that everyone is fishing. Use your binoculars to look for birds or boils and if you’ve gone a mile without seeing either, make a right or left turn and run a quarter mile and then run back parallel to your original course and keep looking. You can also slow troll sardines or mackerel while doing this if you’re seeing scattered birds.

Another way to work around the fleet is by fishing alternate hours than most of the other boats. These fish have been biting all day for sport boats, but on the low and high slack tide they’ve been coming up and boiling around. This makes them prime targets for run and gun surface iron fishing. This week the high slack tide has been late in the day and I fished it on Tuesday and Wednesday. It was very rough both afternoons, but I managed one fish on Tuesday and a short bite the next afternoon. That may not sound like good fishing, but had the weather cooperated I think we would have loaded up. I’ll be out there trying again this afternoon and with less wind forecast and a high tide at 6:22 p.m. I’ve got high hopes.

In other news, the bluefin are still around in big numbers but continue to be tough to catch. I’m not sure if these fish will ever start biting in earnest, but if they do it will probably be around next Tuesday’s new moon. In the meantime, boats are picking off a few here and there. You can check www.fishdope.com for the latest info on where they are or aren’t biting. 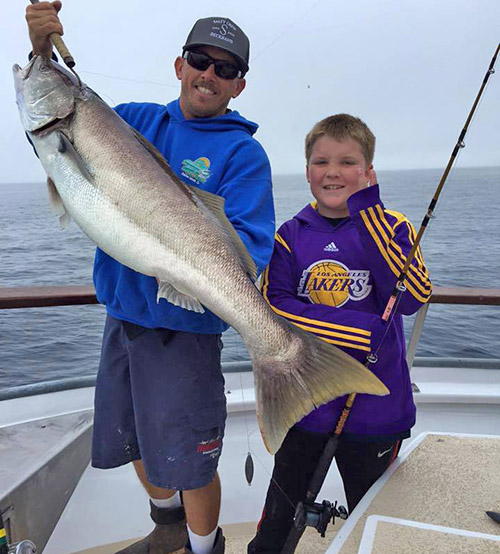 Finally, the Channel Islands are starting to kick out some good seabass and yellowtail scores. Over the weekend, both the Sea Jay and the Aloha Spirit out of Channel Islands Sportfishing had good scores on big seabass. 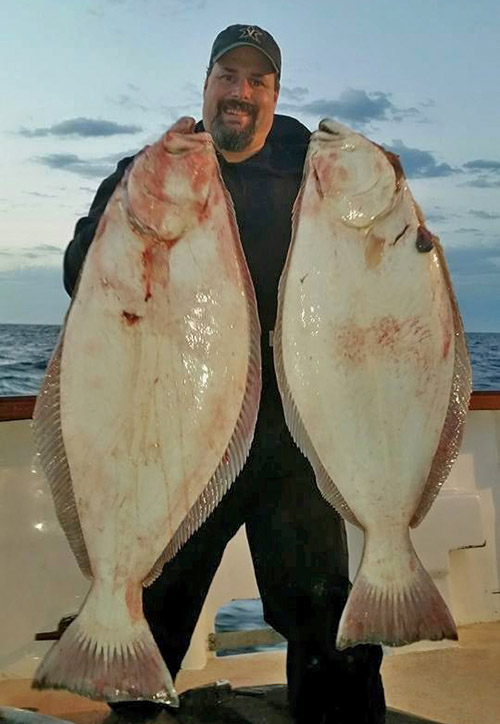 The Mirage recently ran a two-day trip from the same landing and scored 70 yellowtail along with some jumbo halibut. I fished calico bass at Santa Cruz Island on Saturday and the fishing was about as good as I’ve ever seen it up there. They were biting weedless swimbaits fished in the kelp on the backside of the island. While there I saw several large schools of yellows cruising the edge of the kelp.

For those wanting to avoid the crowds, there are yellows biting at Catalina, San Clemente and the Coronado Islands. I’d be willing to bet they’re biting at Santa Barbara Island as well. So get out there, look around and catch some fish.