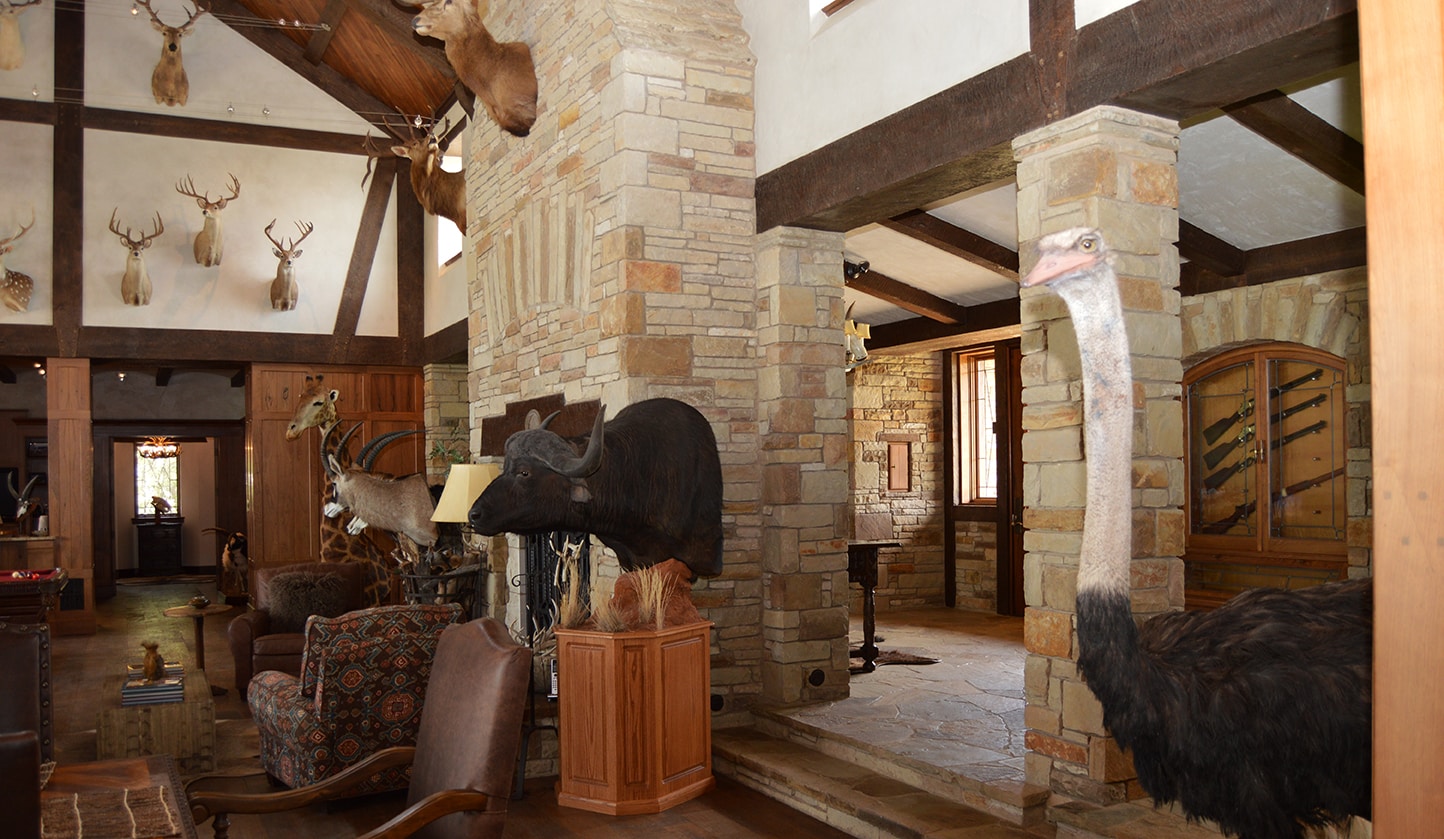 Under the cover of darkness, my guide Keith and I slowly crept along a moonlit path under the silhouette of a large oak tree. “Hold up,” he whispered, reaching into his vest for a call. Hoo-hoo-hoooooo boomed the kazoo-like owl hoot chopping the morning calm. Seconds pass as we strain our ears for anything audible, but only the faint twittering of a few waking songbirds reply. “Let’s keep going,” he said, as we continued on the trail of what I hoped would become my first Rio Grande gobbler. 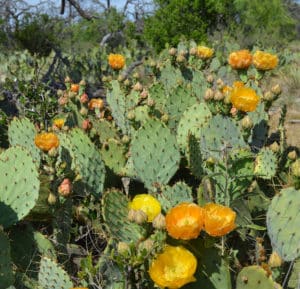 Eventually we arrive at a clearing surrounded by prickly pear cactus where Keith placed our chairs against a mesquite bush. A light bead of sweat formed under my hat as I rested my shotgun at my side to don my face netting. Yeeep yeeep yeeep he began again, this time with a soft yelp from his mouth call that transitioned into a fly-down cackle. Again we wait with high expectation but after several minutes there was only silence. Then suddenly a raucous gobble exploded from the brush behind us causing the hair on my neck to stand up. “Get ready,” said Keith, as the boisterous Tom’s gobbles grew louder. But for whatever reason it suddenly turned and eventually faded in the distance, and after several pleas from Keith’s calling, the wily Rio never appeared.

Centered smack dab in the heart of Texas is the Champion Ranch. Located just north of the Town of Brady, this 8,000 acre 5 star hunting resort is like no other, offering everything from big game hunting for North American whitetail to African wildebeest, wing shooting, jeep safaris, long range shooting school, and what may be their best package – the Spring Cast & Blast for Rio Grande turkey and unlimited bass fishing. “So what do you think?” asked owner Joel Swan later that morning as I scoffed down a big Texas style breakfast consisting of eggs ranchero and biscuits and gravy in the main dining room of the lodge. “Pretty amazing!” I answered, taking in its opulent castle like décor and myriad of full-sized taxidermy pieces from at least a half-dozen continents. “Just another deer camp,” joked Papa Joe, Joel’s father who also doubles as the main chef. “Well good luck out there guys, and Dustin if you need anything just let us know.”

Most of the day was filled with bass fishing on the Ranch’s 18 acre lake that was filled with aggressive pure Florida strain largemouth bass. Ranch guides Keith Sallin, Geoff Walker, and I wore our forearms out setting the hook into what must have been fifty fish using wacky rigged 5” watermelon-red senkos, 5” blue fleck Stanley Mudpuppies, and DOA PT-7 topwater lures.

By noon the bite was still going strong when a herd of elk appeared out of nowhere along the water’s edge. “Don’t see that every day,” I said, as a swirl exploded under my lure. “Nope, can’t say I have,” grunted Geoff, setting the hook again.

After a quick nap in my private casita that was furnished with two flat screen TVs, leather furniture, and fully stocked refrigerator, Keith and I were back out that afternoon quietly sitting near the large roosting oak. A welcomed breeze swirled through the mesquite flat that cooled my sweaty shirt as he struck the first note on his slate call. With several faint gobbles replying off in the distance, the calm of midday slowly lulled me into a daydream while watching a young whitetail buck feed along the edge of the pear flat. I had just started to doze off when Keith hissed: “Gobbler!” And without a sound, an old tom had made its way into the clearing. Its long beard swayed with each movement, as it occasionally craned its neck to investigate our camouflaged shapes tucked behind the mesquite branches. “Slowly raise your gun up to your shoulder when it walks behind the next branch,” whispered Keith. Carefully I lifted my shotgun and clicked the safety off, when suddenly the giant bird galloped out of sight causing my heart to sink. “Just wait,” Keith encouraged, as I sat trembling with excitement, shoulders burning under the strain to keep my gun up. Finally after what seemed like an eternity, the curious bird returned. Boom! My twelve gauge roared, and it dropped in place. 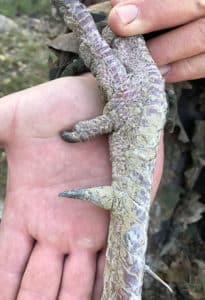 “Congratulations on your first Rio!” said Keith after we ran over to retrieve it. “And it’s got inch and-a-quarter spurs!”

After pictures and a celebratory shot of Fireball, the festivities continued that evening over beers and a delicious beef tenderloin entrée served on a bed of Au gratin potatoes with roasted asparagus. 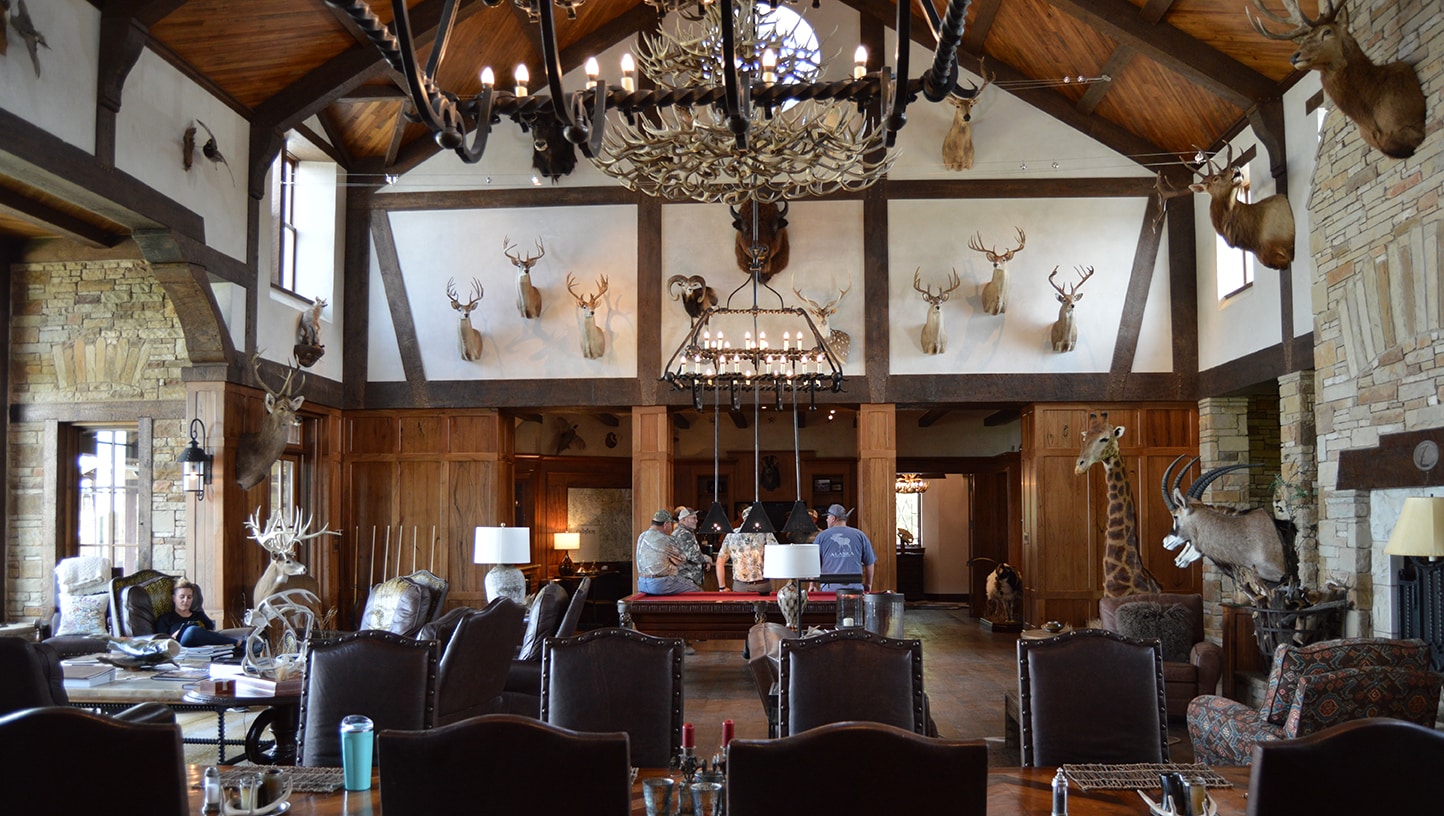 Afterward walking along the lit gravel path lined with manicured shrubbery from the main lodge back to my casita, I took note of my thumb that was completely chafed of skin from lipping bass all day. And lying in bed staring at cellphone photos of the bass we’d caught and my trophy gobbler, I was already thinking about next season when I drifted off to sleep.