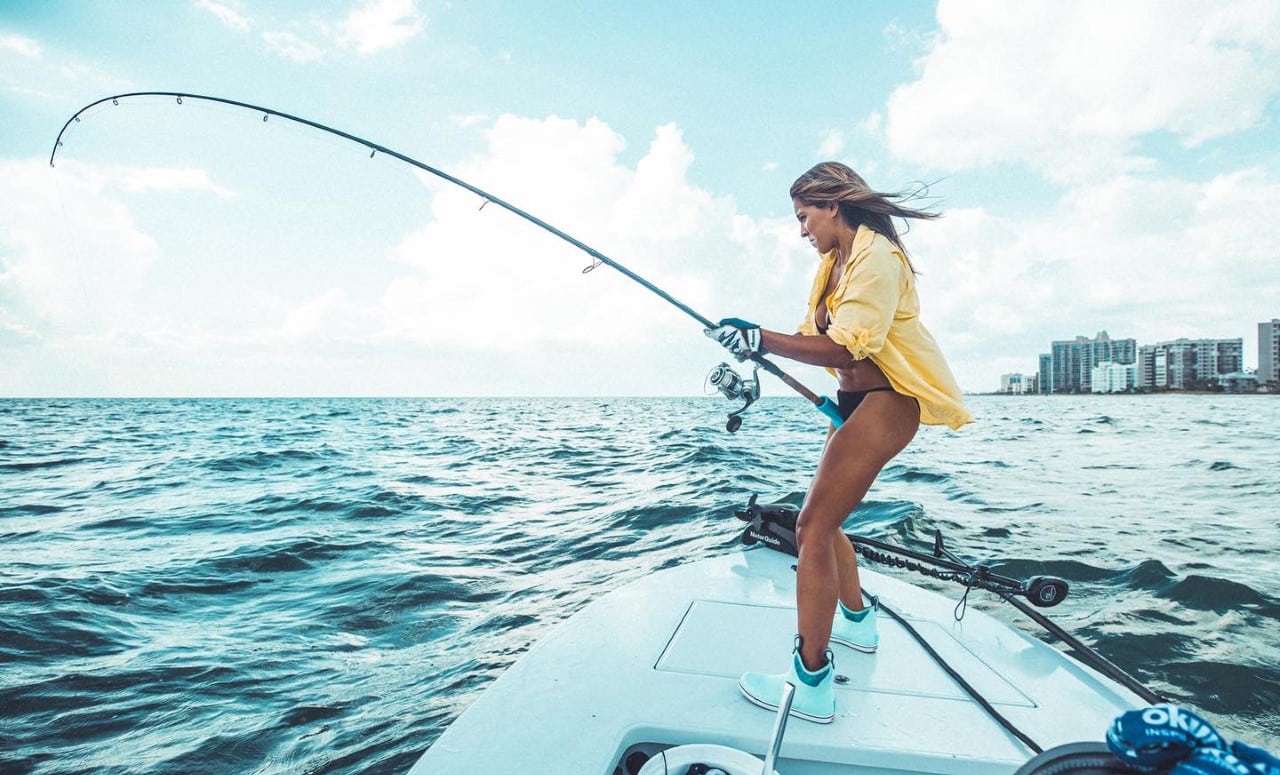 BD is excited to introduce Astrid DeGruchy as our next BD Fishing Chick.  Check out her fishing story below! 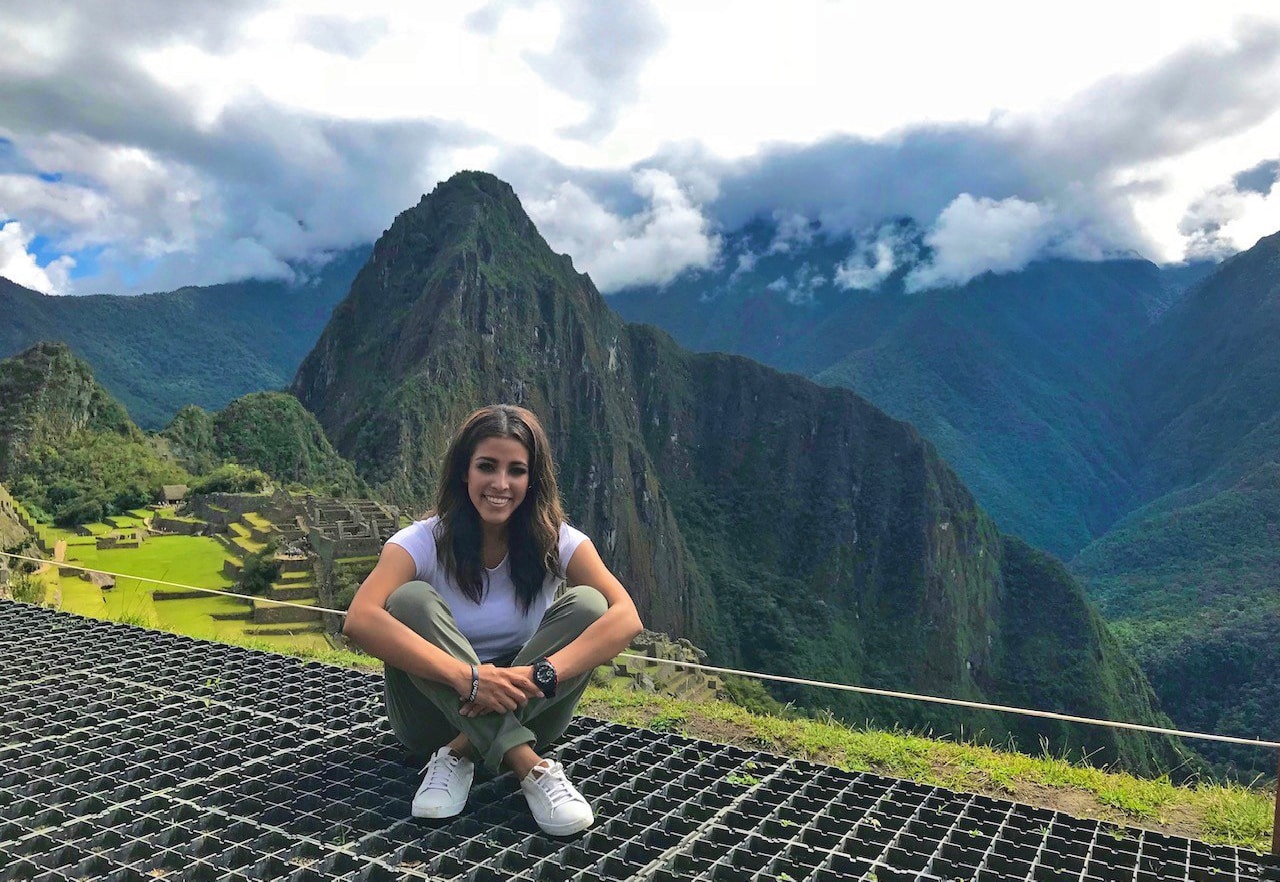 Where do you live?

I was born in Lima, Peru. I moved to the states when I was about 5 years old and was raised in New York. I currently live in Bradenton, Florida, and have been here for about 2 years. 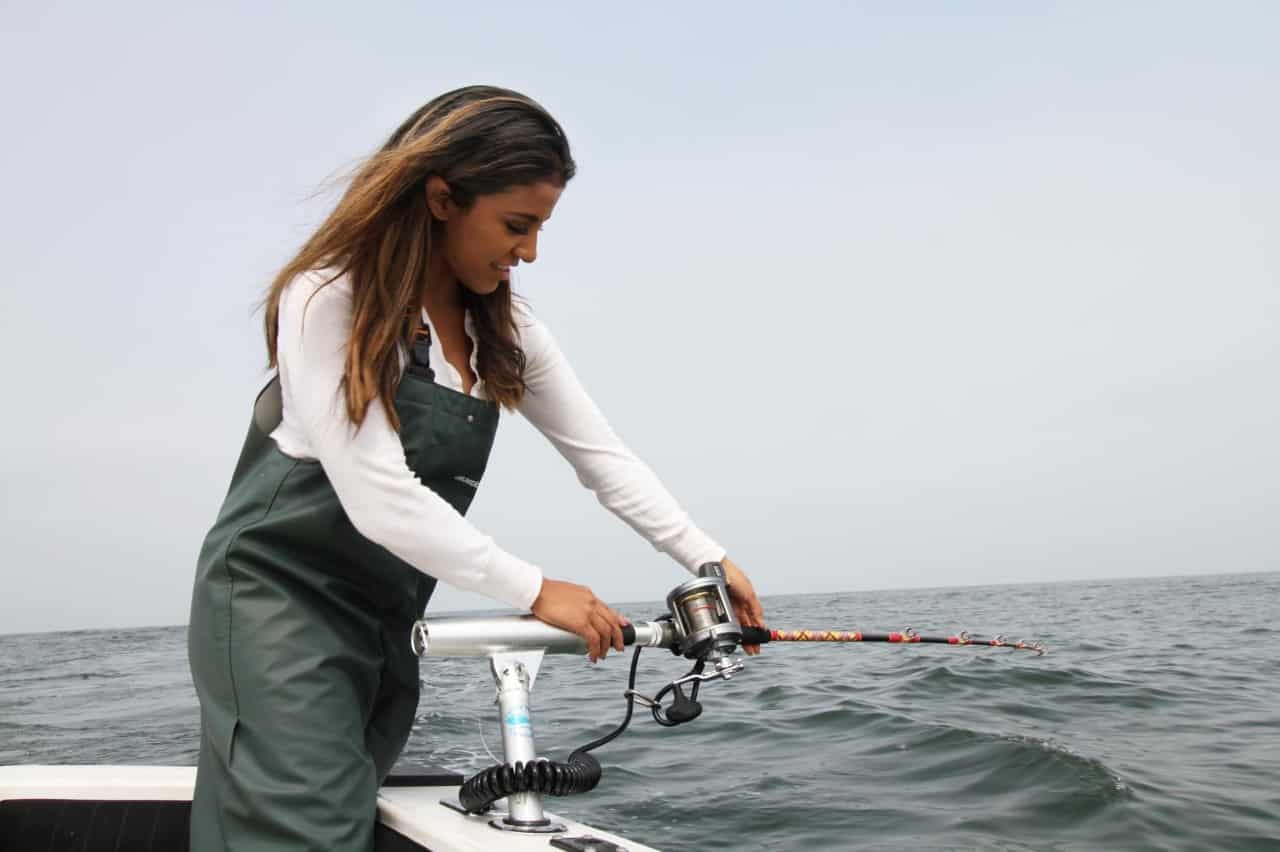 What is your occupation?

I work for the Pittsburgh Pirates in International Scouting. We have our International offices in Florida because it is more convenient for travel. I am in the Dominican Republic a lot for work but we do have scouts all over the world… Asia, Australia, Brazil, Europe, etc. I’m basically like the air traffic controller for all of the countries, tying information together. I also help write reports and scout the International players. 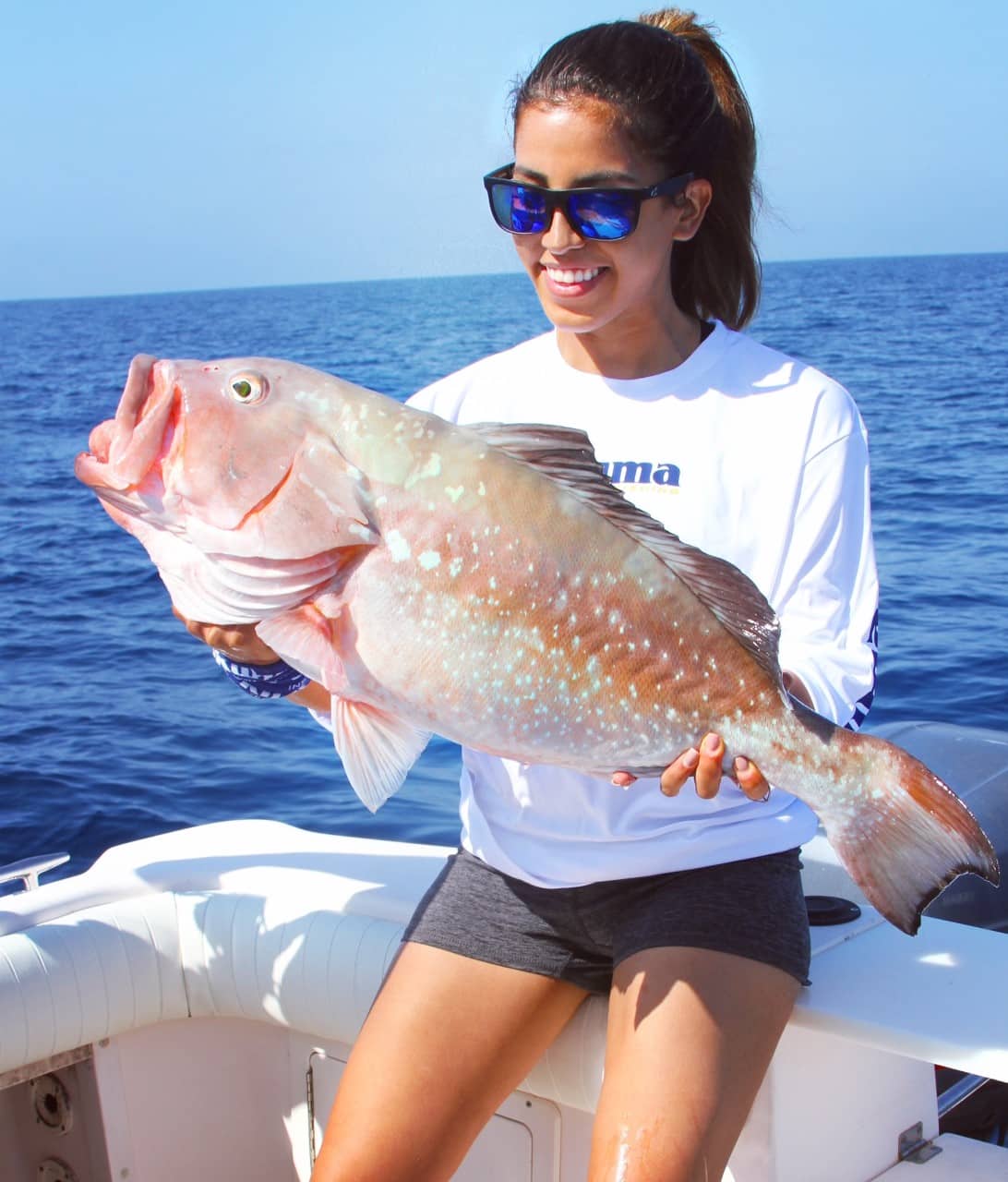 What are your other hobbies?

I love baseball, obviously. I grew up around it. I also enjoy painting in my free time and I recently started getting into yoga. Another hobby is learning, I love reading and diving into research, and to grasp the understandings of many things. 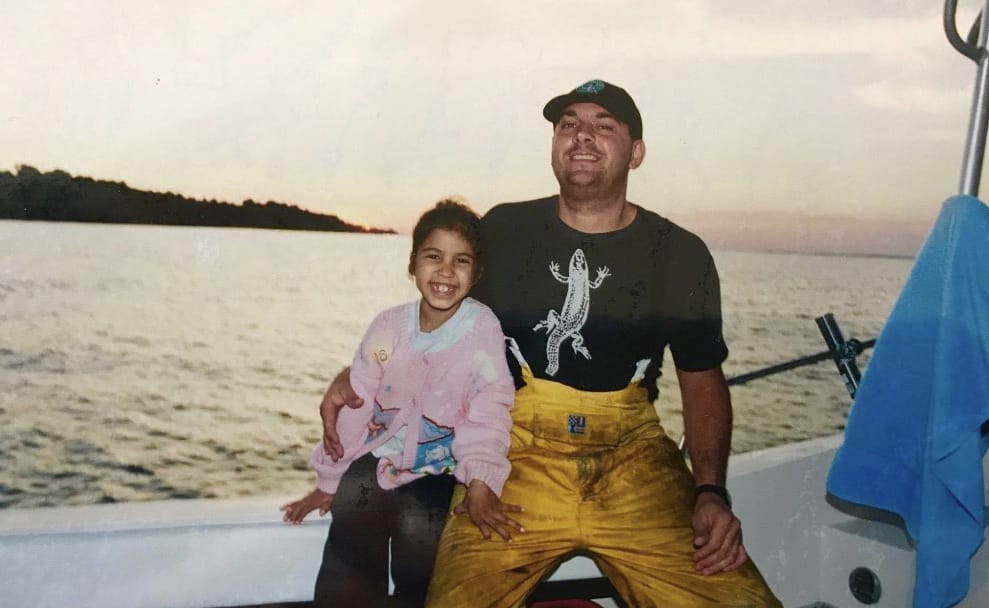 Who or what got you into fishing?

My father introduced me to not only fishing but baseball too. It is pretty cool because those are the two passions I am actively pursuing. I grew up fishing on his Grady White Sailfish out in the North Shore of Long Island, out of Greenport and it was mostly stripers, fluke, and bluefish. I caught my first striper at “the Race” around 1 AM, drifting live eels and it was only a 28” striper but I was about 8 years old and I thought it was the coolest feeling. We also fibbed to my Mother saying that we were going to bed when in fact we were getting ready for the night striper bite. 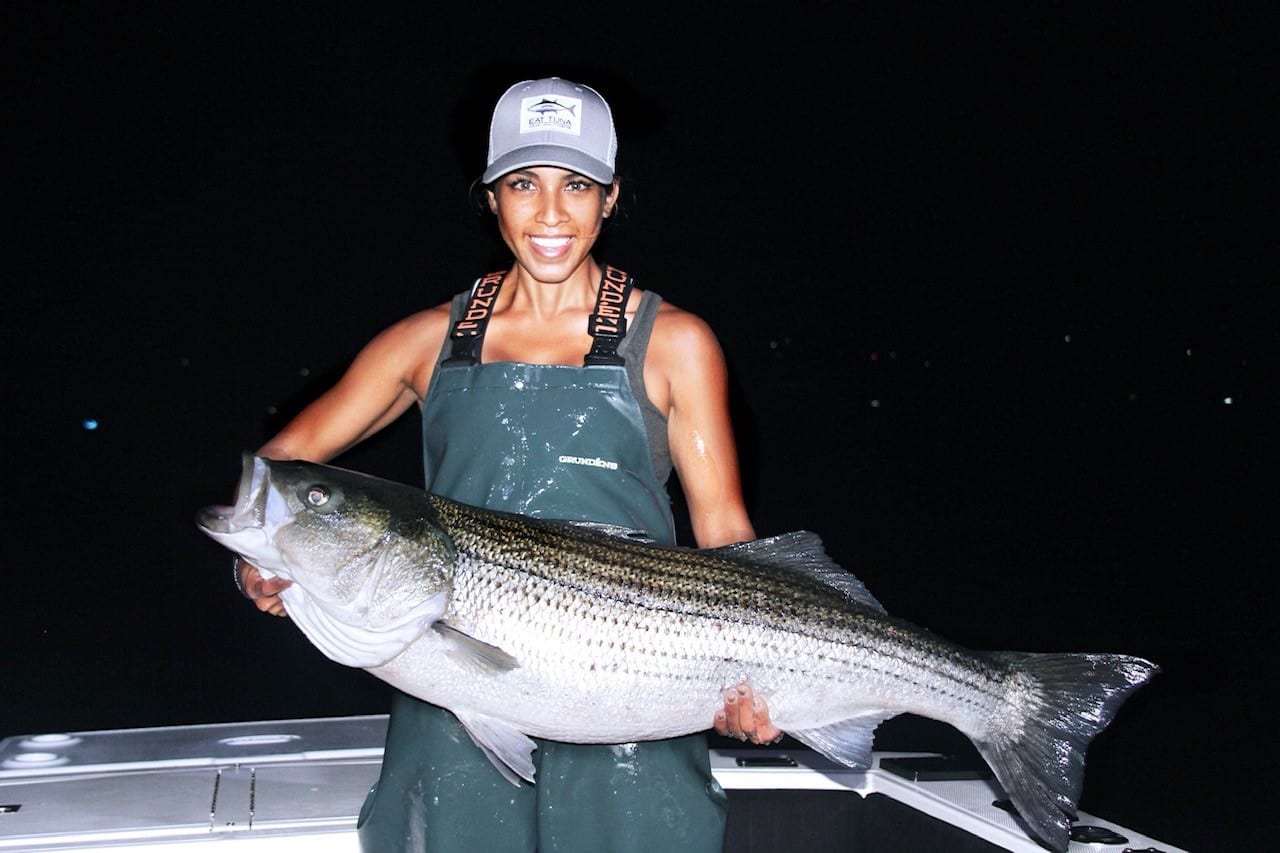 What types of fishing have you done and where?

I grew up fishing with my Dad on Long Island, both North and South shores. stripers, fluke, seabass, bluefish, and blackfish- the NY special. I think the striper game is something we dominated in different ways, from live-lining bunker on trebles, drifting eels at night, vertical jigging, and more recently, trolling for them. 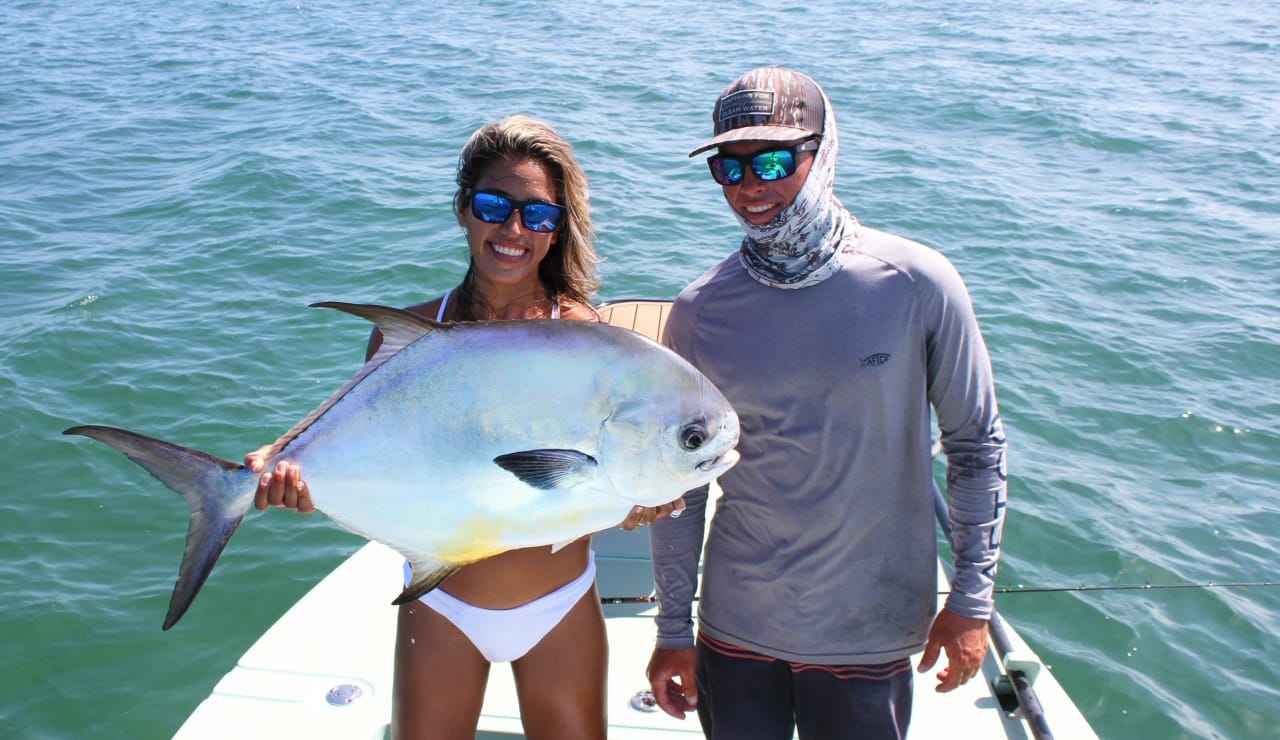 Moving to Florida, I’ve been exposed to a lot more with the help of Captain Ricky Stanczyk, Brandon Storin, and the living legend and owner of Bud N’ Mary’s Marina, Richard Stanczyk. They’ve helped me with my tarpon, snook, and redfish game. 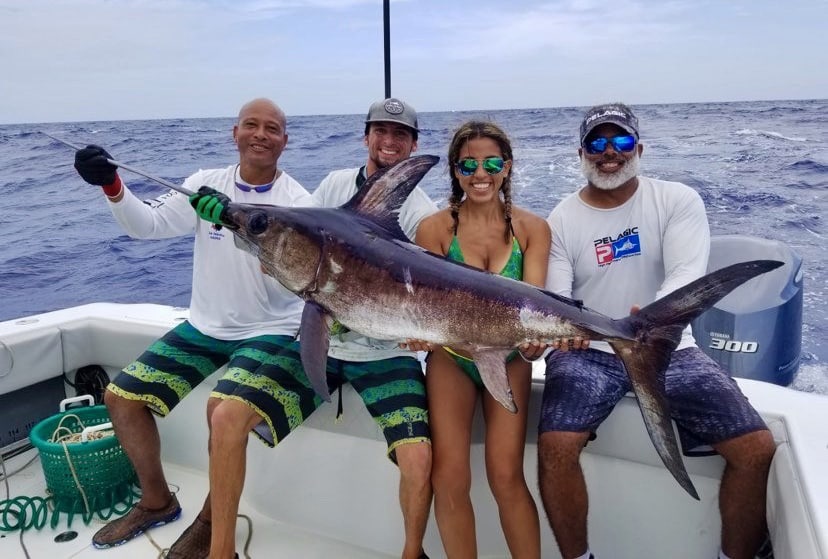 With offshore stuff, we’ve been fortunate enough to go out with Captain Nick Stanczyk where we’ve caught several swordfish, mahi’s, and even a bigeye tuna. 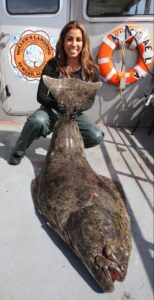 I’ve also been fortunate enough to fish Alaska and catch a 100+-pound halibut with the Millers Landing Crew in Seward, AK and it was a pretty epic experience; and yes I hand-cranked that bad boy in, 400+ feet of water. 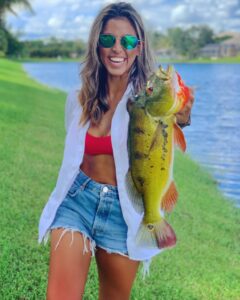 My friend, Michelle Dalton, also put me on my first freshwater fish ever… peacock bass fishing in South Florida… it was super awesome. 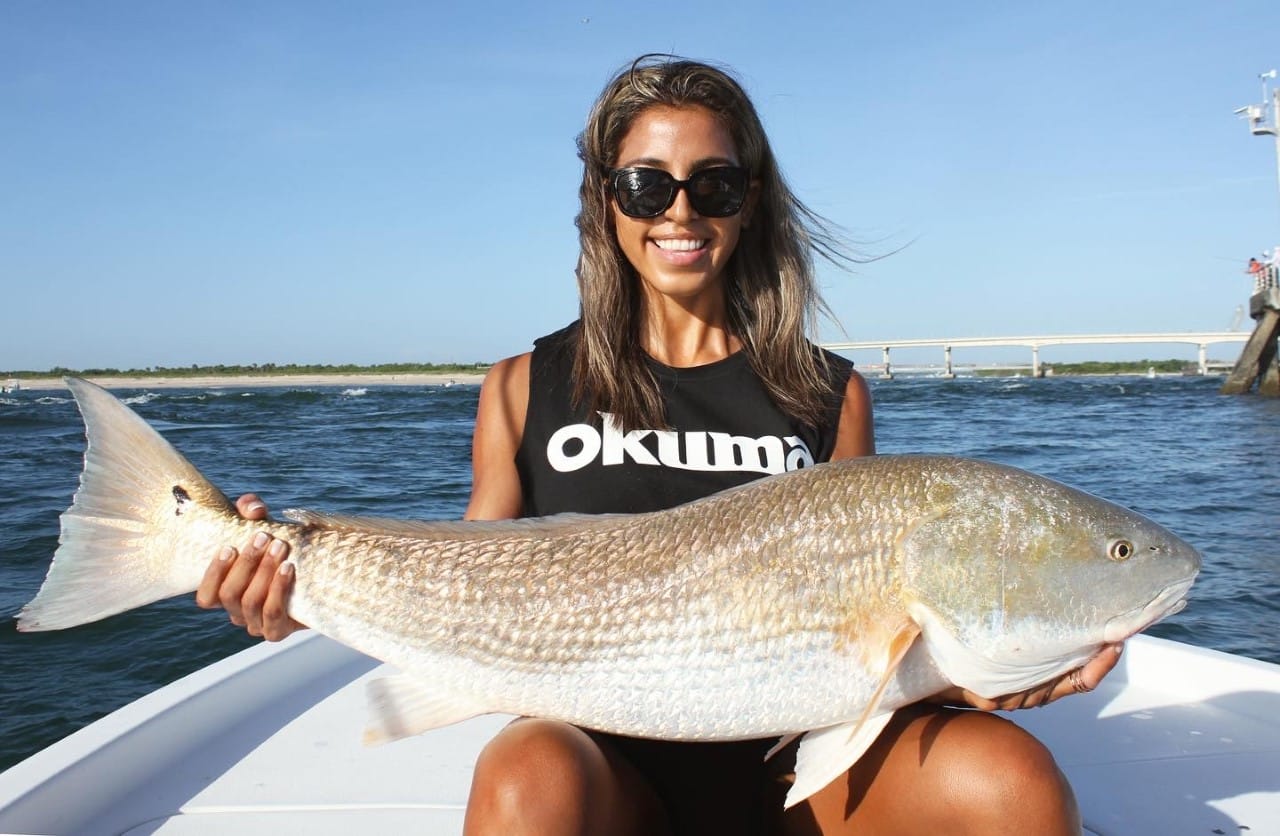 What is your favorite kind of fishing so far?

I think down in Florida, red drum are a fun fight and they kind of fight like stripers. Tarpon are a tougher fight but it’s very fun as well. 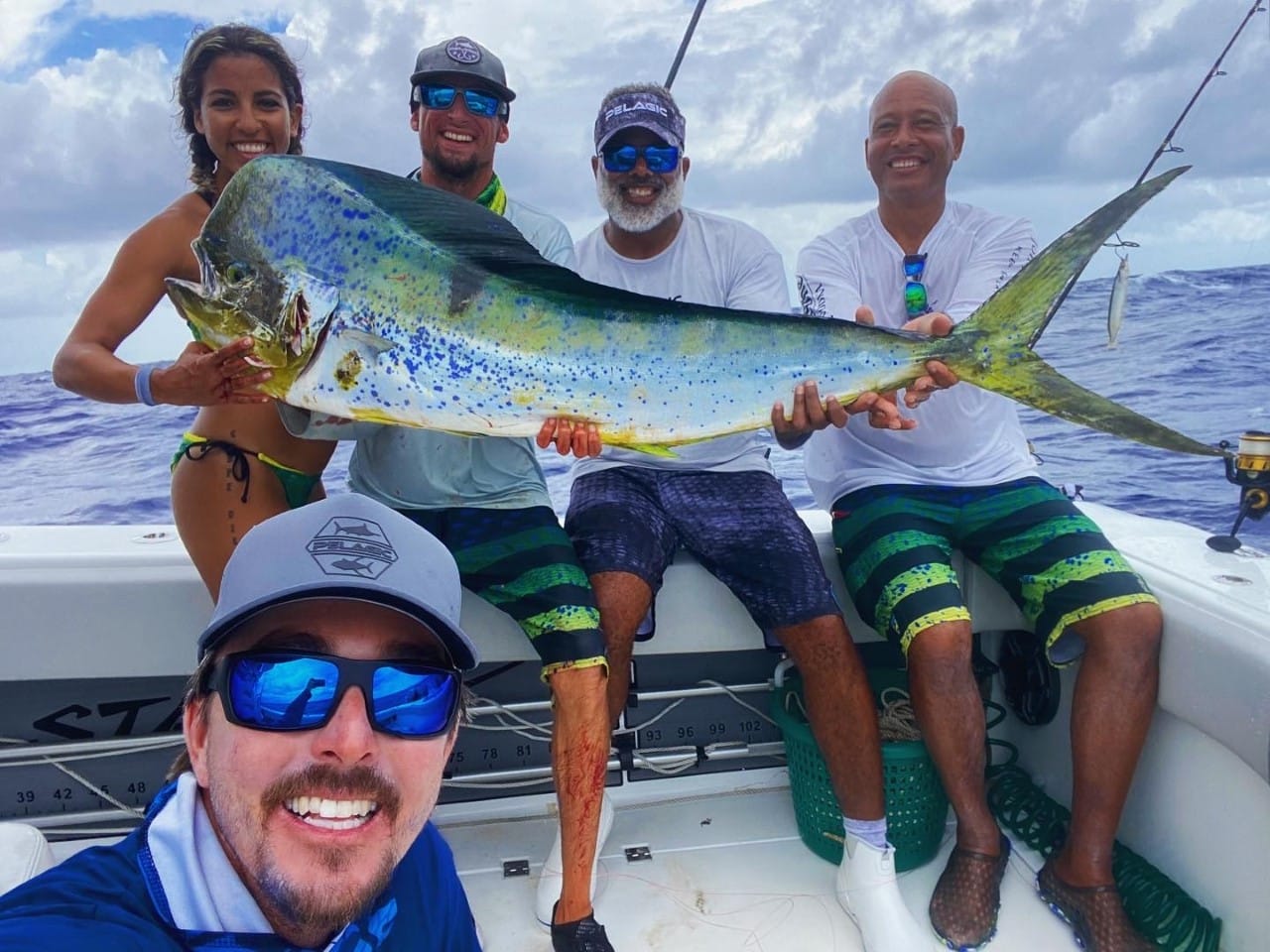 What are some future goals or plans pertaining to fishing?

I’d like to catch a bluefin tuna in the next couple of months in the Outer Banks, NC. Hopefully in January or February when they start coming in. I’d like to also land a blue marlin in the Dominican Republic in January.  I find them to be the most majestic looking fish in the ocean. Lastly, I’d like to prove a lot of people wrong and hand-crank a big cubera snapper next summer. 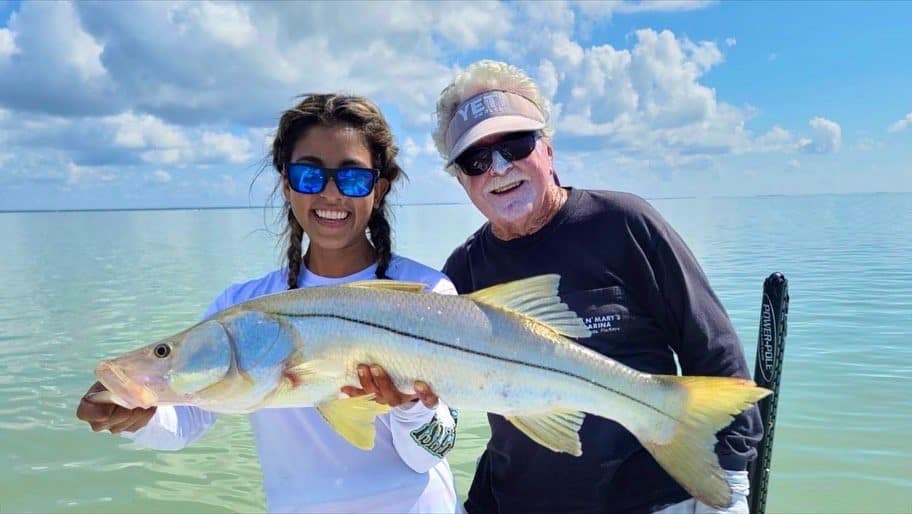 What part of fishing do you like the most?

I like the challenging parts about it, the fact that I have so much to learn which I enjoy. It also tests your patience and perseverance.  Fishing explores the question of whether you have the ability to react and adjust under pressure. In the future, I can’t wait to see what level I’m at. 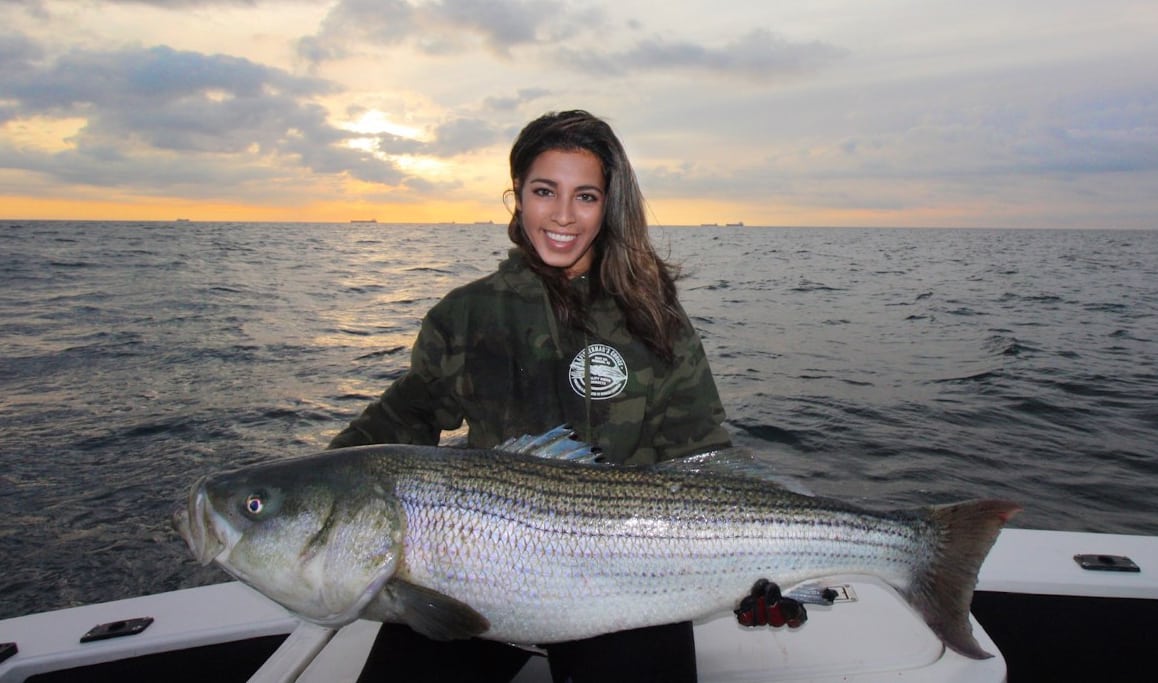 Tell us about some of your proudest moments in fishing.

One highlight was landing a 50-pound striper with my Dad. We were about to leave the Atlantic Beach Reef (Long Island) and we got tight, it was my turn to reel it in and it was fighting pretty hard but I tried to play it cool since sometimes my Father can freak out if he knows its a big one. So all the time I was fighting this massive striper, I just kept saying “it’s not that big”, despite what the rod tip was saying. When the fish rolled up to the boat, Dad just freaks out and I start laughing; it is something I’ll always remember. It was also super rough that day, with 20+ knot winds and 6-8 footers.

Any other thoughts you would like to pass on?

It’s important to be consistent in your passions, keep learning, and growing… keep asking questions. You can do it all while also being respectful. 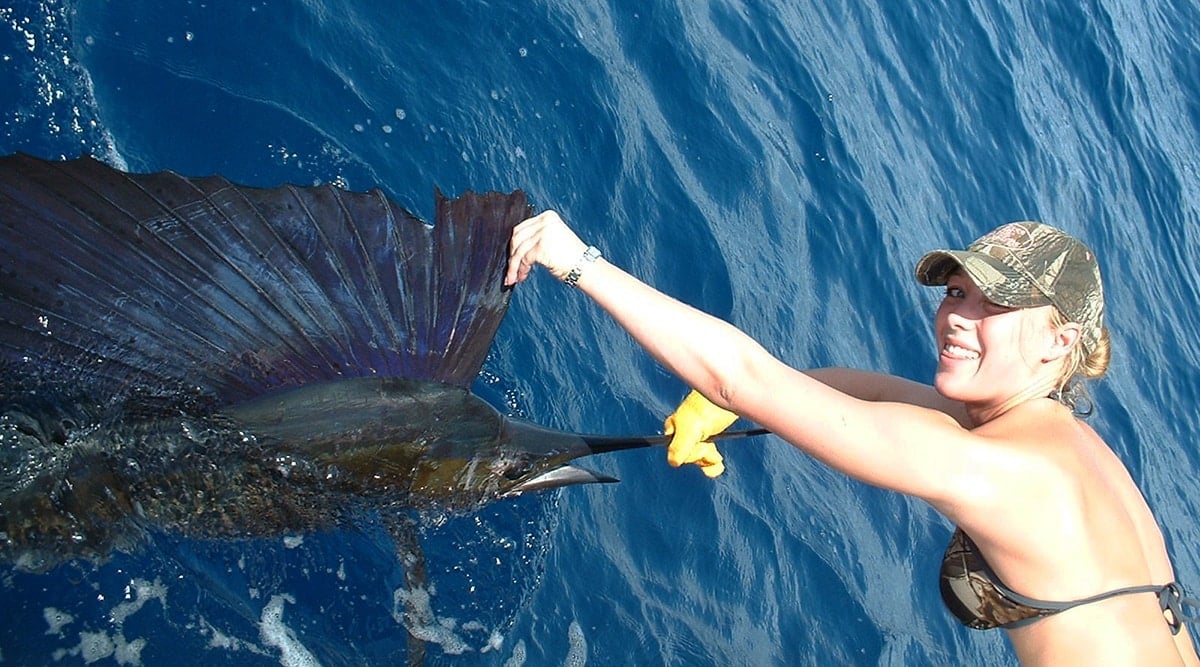 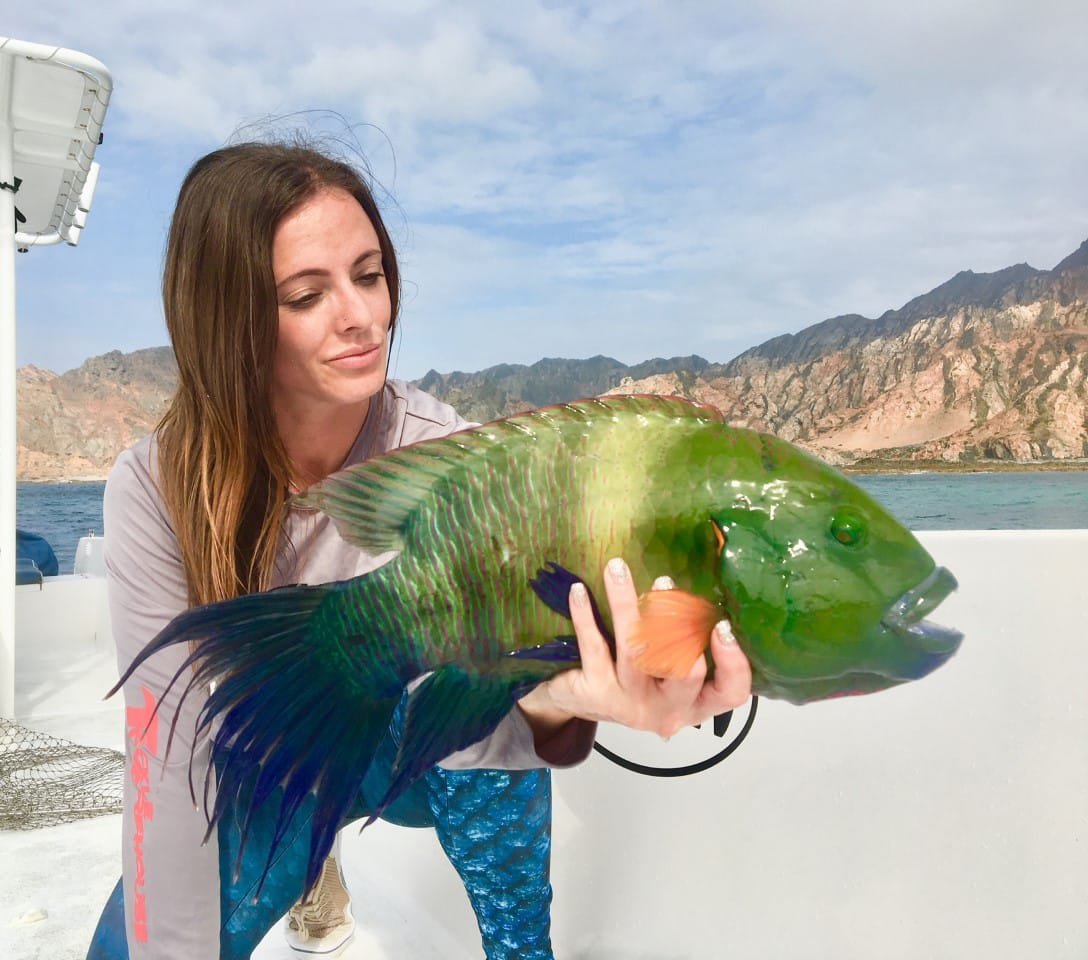 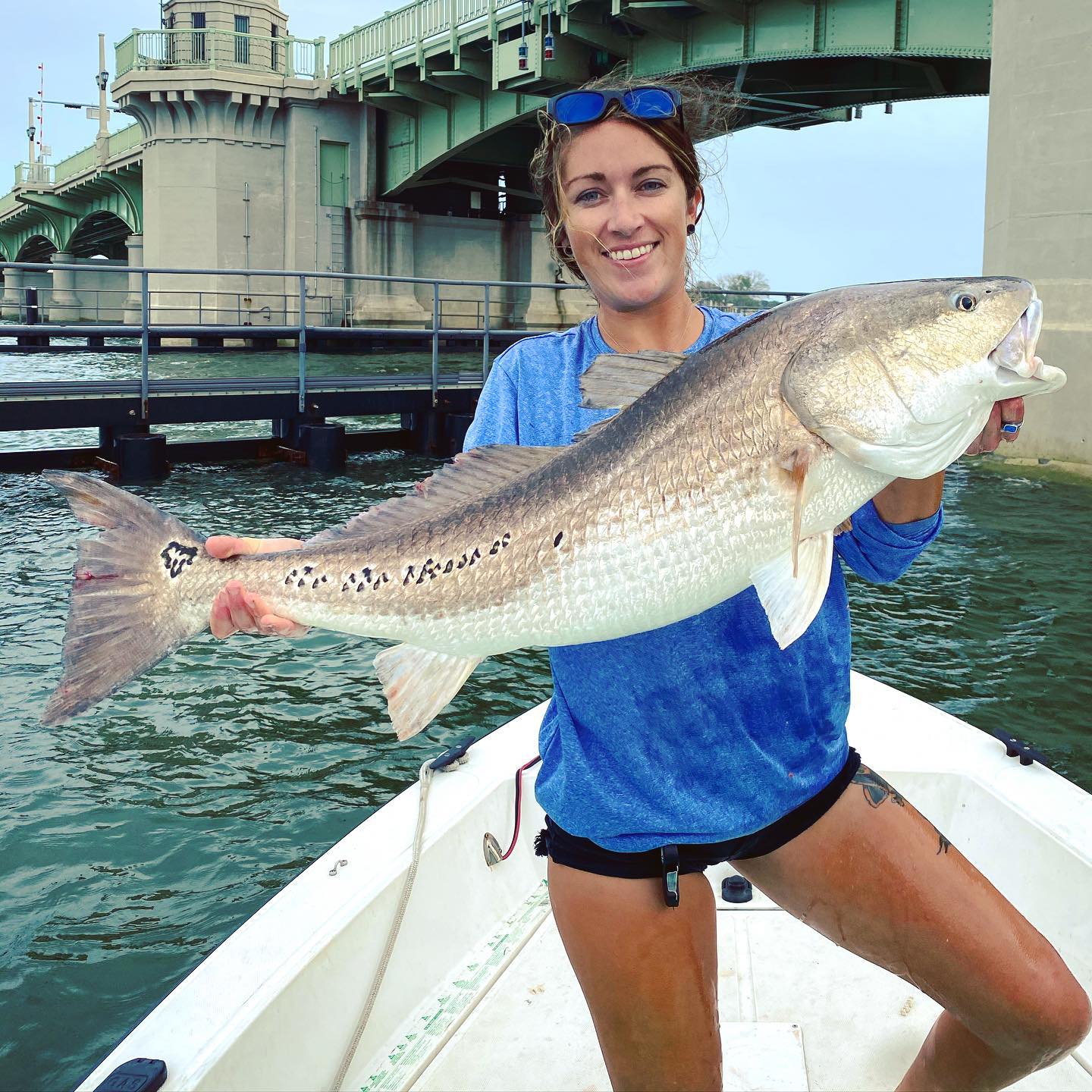 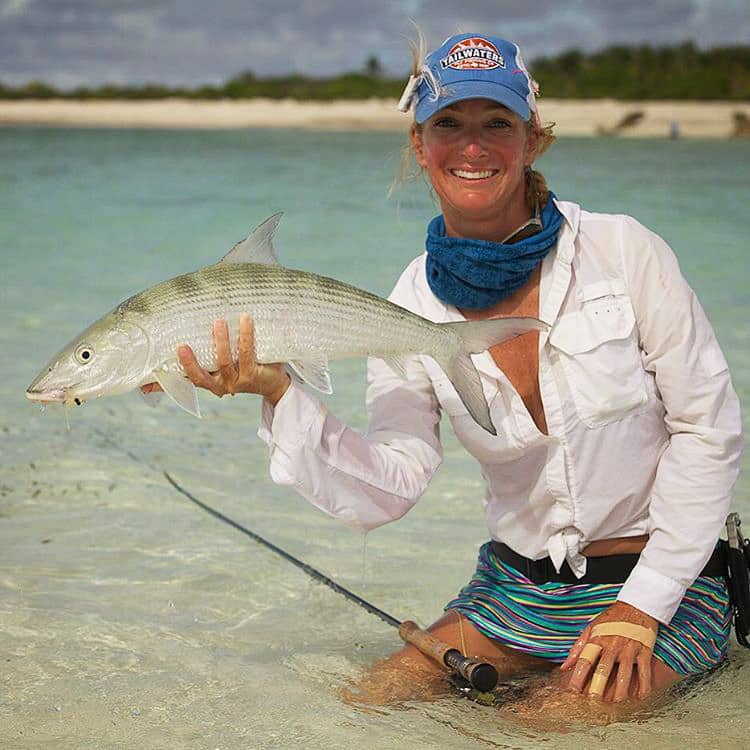 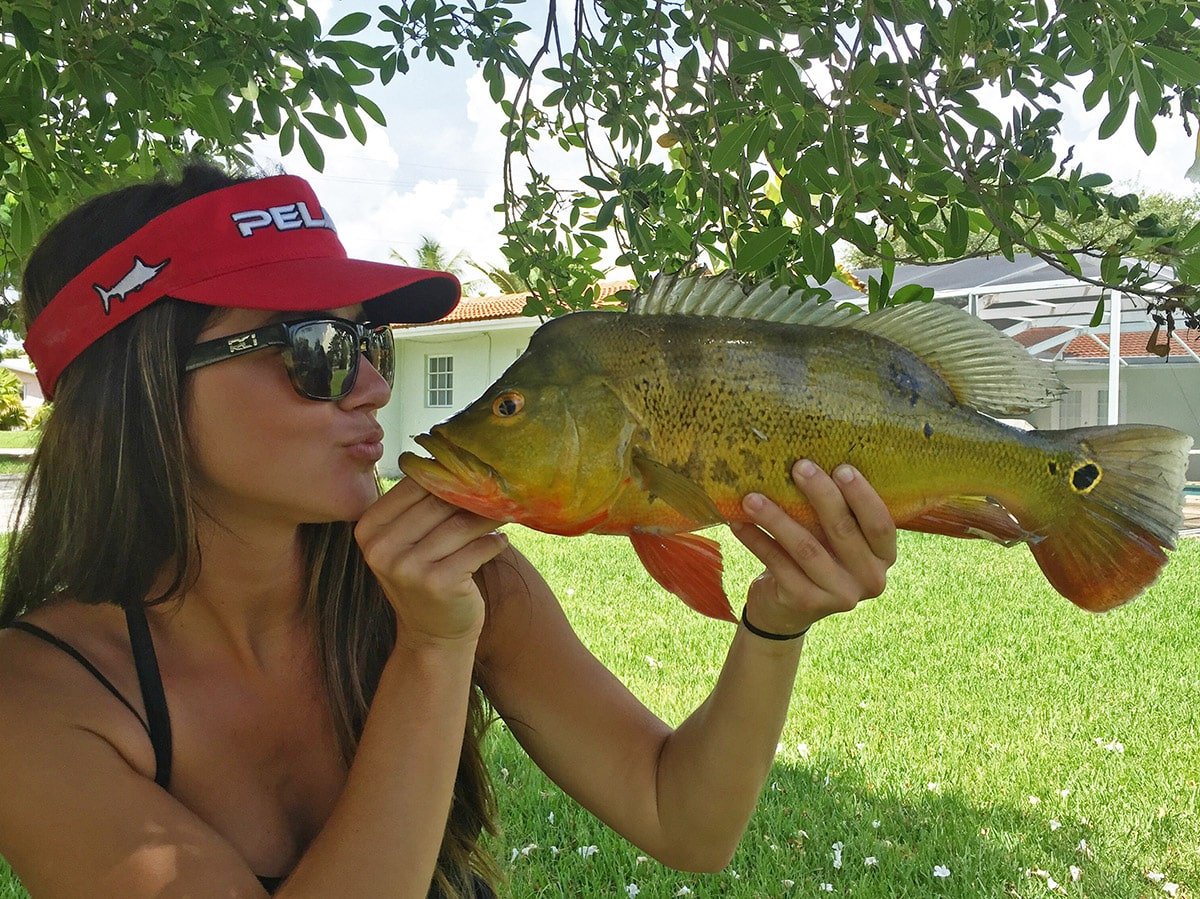