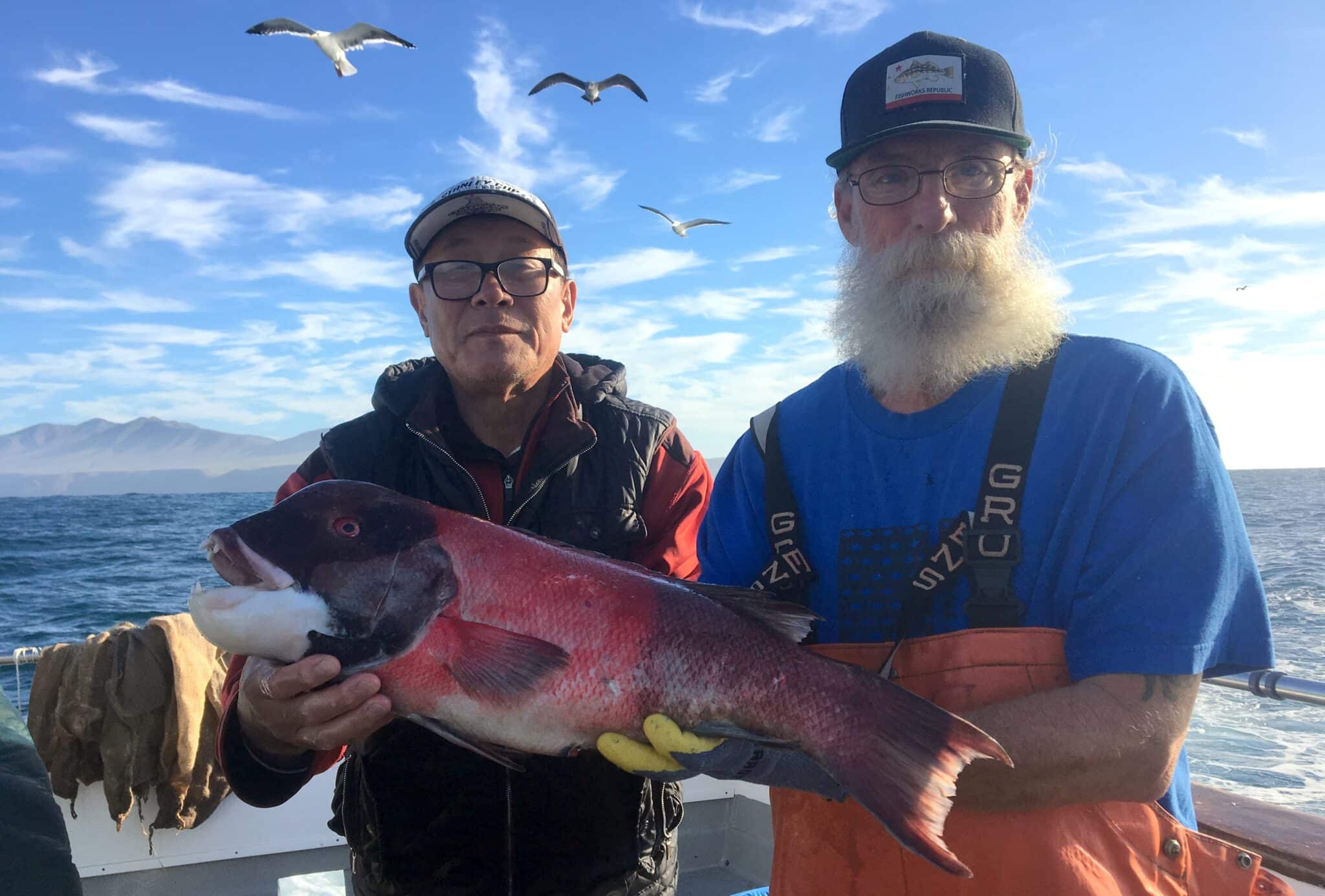 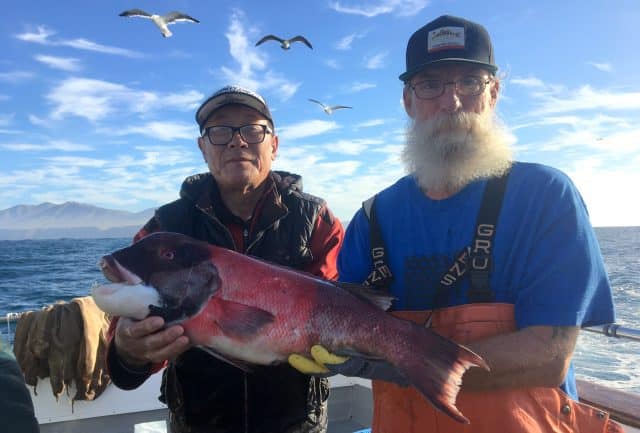 Well that’s it.  Yesterday I was out on Stardust Sportfishing out of Sea Landing in Santa Barbara for what is most likely my final trip of 2018.  I haven’t been up in the 805 a lot this year.  Not that there wasn’t some good fishing happening in our northern waters this year, but due to various conditions on the water (mostly high winds) I had a personal record of FIVE trips getting cancelled up there this year!

I was looking forward to getting out for one last trip, but it was looking pretty dicey at the beginning of the week.  A big swell hit on Monday and Tuesday.  Neither of their two boats (the other is the Coral Sea) got out, but they made it out on Wednesday and my trip was a go. 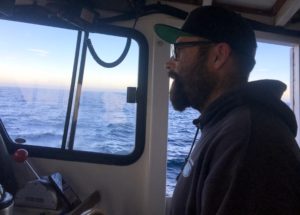 Capt. Sal Silva told us we would be driving out to the Channel Islands to fish the gap between Santa Cruz and Santa Rosa Islands.

Sea Landing is unique in that they are able to fish there on a 3/4-day trip (7am to 5pm) vs. getting there on an overnight trip from Oxnard or Ventura.  Sal said they tried fishing deep water the previous day and it wasn’t good.

We would concentrate our efforts in shallower water…mostly 100-feet or less which sounded great to me. I setup the standard double dropper and a jig and fly setup using a 100g colt sniper. We didn’t have live bait for this trip, so we’d have to make the best of cut squid. Sal said it would probably be scratchy, so I opted to start out with the double dropper. 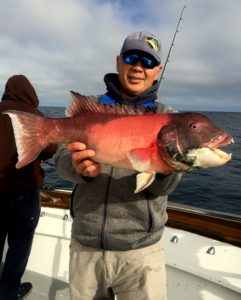 After about a 2 hour drive, we were in the zone and started looking. The first couple spots were straight whitefish. I started out fishing a strip on top and a squid head on the bottom. After 3 whitefish all biting the head, I stuck to using the heads. Sal was keeping the boat in gear to stay on top of the spots, so I casted away from the boat to try and cover more ground. The effort was rewarded when I hooked into something with more shoulders. It pulled a little drag and fought all the way up. When it came to color, I was happy to see that it was a nicer sheephead sporting the black and red coloring of a male fish. If you’ve been following along, you know that I have issues catching this fish (aka That Damn Fish). I did manage to catch a legal pinky early in the year, but it felt good to add a quality model to this year’s tally.

As the morning progressed, some rockfish started getting added to the sacks. They were mostly smaller gophers and chuckies, but there were some nicer model vermilions in the mix as well. The afternoon was basically a bust. The swell got bigger and the fish were probably sheltering from the washing machine conditions vs. looking to eat.  Sal would tell me later that he was marking lots of fish, they just didn’t want to go.

Over the course of the trip, one just-legal lingcod got caught. As we prepared to weigh up jackpot, I looked at it and was feeling good about taking the prize. Then another angler dumped his sack and pulled out a bigger that-damn-fish to win it (top). Oh well, overall a nice day on the water with Capt. Sal and his crew.

Still a bit of time to get out before year end. It’s worth the effort. Good luck if you get out there.