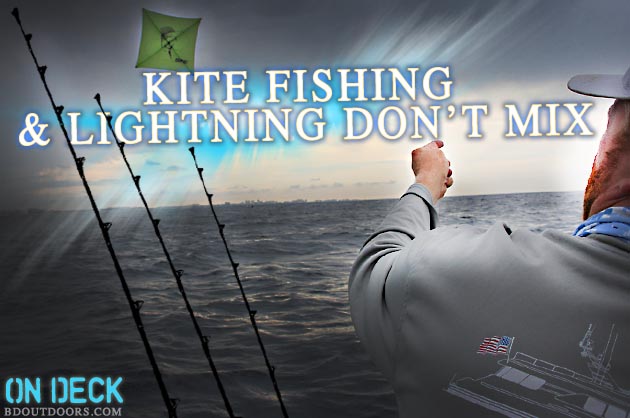 Unless you’ve been living under a rock for the last five years, you know that braided line is some of the toughest stuff to ever fill a spool. It’s got so many advantages (less friction in the water, more strength for the diameter, abrasion resistance, zero stretch, etc.) that I use it for just about all of my fishing except for trolling and even then I use it for backing. About the only downside I’ve found to braided line is that it can slice you like a fillet knife if you take a wrap with a bare hand. But other than that, the stuff represents one of the best innovations to hit the fishing world since the invention of the hook.

If you’ve ever gotten hung up when fishing with braid, you know how hard it is to break the line. When snapper fishing on a rock pile with 65-pound braid I got hung up bad and tried wrapping the line around the reel several times and pulling on it as hard as I could to break it off. Didn’t work. Call me a puss, but I ended up wrapping the line around a cleat and using the boat to break free. It’s some tough stuff!

Because it’s so strong, most guys who fish with kites use braided line to run from the kite to the reel. The braid doesn’t stretch like mono and you can get way more braid on the reel, so it really is a perfect application. And if you’ve reeled in a kite by hand, you know that it’s much harder than it looks, especially when the wind is honking. Most of the Florida crews who fish with kites for sails and other reef dwellers use an electric reel on their kite rods. It makes life way easier and you can haul it in faster than even the brawniest mate. That quick retreive can be a huge advantage if you need to make a move in a sailfish tournament.

On a recent trip out of Pompano Beach, Florida, on my buddy Jamie Bunn’s 32-foot SeaVee, we decided to fly the kite on the reef in 150 to 200 feet of water. It was late in the afternoon and the thunderheads were beginning to mount off to the west. We saw several flashes of lightning and the thunder was really booming but the storm still appeared a good ways away and we were just a few minutes from the inlet, thanks to Jamie’s SeaVee that will happily haul ass, reaching 50-plus mph.

So, we kept fishing.

“Damn, did you see that?” Jamie said, pointing to the sky over the hotels in Pompano Beach.

“Nah, let’s give it a few more minutes. I want to put a few fish in the box first.”

We had three goggle-eyes (caballito to you Left Coasters) flopping away on the surface, running off clips on the kite line. All eyes strained to watch the baits instead of the darkening skies. Then the antennas starting buzzing with static electricity.

“Dude, do you hear that?” Jamie said, pointing to the VHF antenna. “It’s the static electricity in the air.”

Then the rods all went slack. “What the hell? The kite line just broke!”

We started reeling in the baits hoping to somehow save the kite, which wanted to take off for Cuba. Luckily, one of the baits got hung up in a clip on the kite line so we were able to slowly pull the kite back to the boat.

Jamie ran his fingers over the line on the kite rod. “The line just snapped,” he said. “And this is brand-new, 80-pound braid.”

He managed to tie a quick blood knot in the kite line and set it back out. Before we even got all the baits set, the line snapped again — in three places!

The static energy of the storm melted the line in a millisecond. Or, it may have gotten a direct strike by lightening. I think I know how Ben Franklin felt when he walked out into a storm with his kite tied to a key. This time, we let the baits take the heat.

Luckily the kite went down instead of up and landed in the water so we were able to retrieve it. I think Jamie was actually thinking of giving the fishing one more chance. He gave me that look that says, it’ll be cool. Got to admire a guy so dedicated, but I was done. If the braid couldn’t hack the storm, I didn’t want to either.