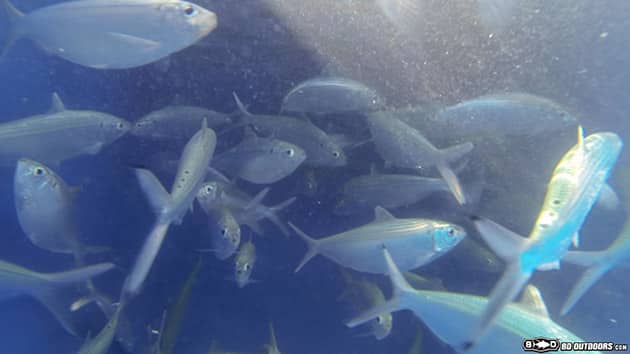 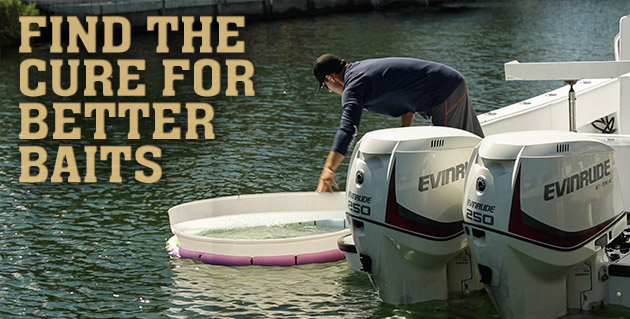 “Fishing good cured live bait is key to putting your best offering out there to fool even the wisest of predators”, said Capt. Rush Maltz of Odyssea Key West Sportfishing Charters. “The more care you give the bait, the better they will last and swim on the hook, increasing your chances of success at sailfish, tuna, dolphin and wahoo.” While there are many ways to rig these baits, one common theme is to cure the bait for maximum presentation.

What is a cured bait?

Curing baits simply refers to the process of catching the bait well in advance of the day of fishing in order to nurse them back to health from the catching process and allow them to be at their “most frisky” on the day you fish. 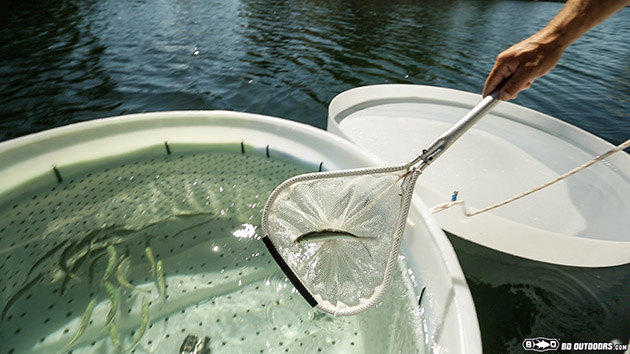 “Much effort goes into this process when you make a living at it or you are fishing for high stakes in the many big money tournaments”, said Capt Rush as he was carefully placing his gently caught baits in their holding pen. “Even if you don’t have a way to pen up your baits in advance, being mindful of how you care for your live baits can give you an advantage for your own fishing trips.”

Capt. Rush explains the steps he takes to ensure premium baits and the reasoning behind it. 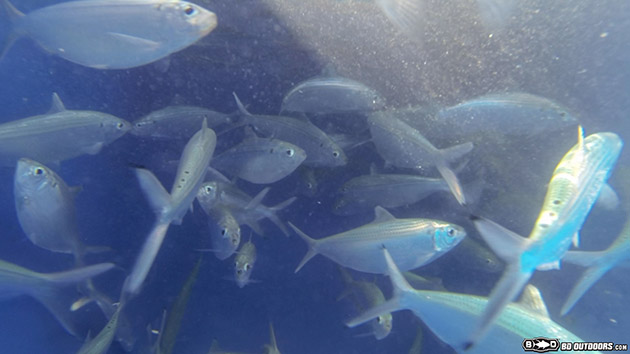 What type of baitfish?

First lets look at some of the commonly used baits that anglers use for these methods. Not all bait does well in a pen, while some will flourish. There will be some trial and error involved in learning what types do better, how many you can put in a pen and so forth. Where you put your pen has a huge impact. Water flow is key, but we will talk more about that later in the article.

The most common species for Capt. Rush in the Florida Keys are threadfin herring, pilchards, goggle eyes (scad), blue runners, cigar minnows, spanish sardines, tinker mackerel and sometimes ballyhoo. “Ballyhoo are much harder to keep, but some of the tournament guys are obsessed with keeping them using all types of intricate holding systems”, explained Capt. Rush. 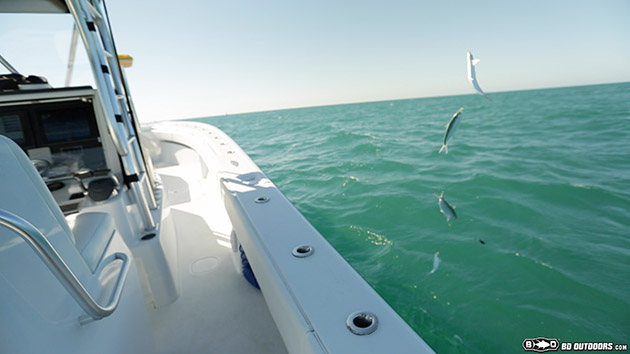 The method used to capture baits is a very important part of the puzzle. Fish that are caught on hook and line are generally in much better condition than those caught in a cast net. The net tends to rub off scales and the protective slime that keep baits healthy under normal conditions, but are especially important in a captive situation. 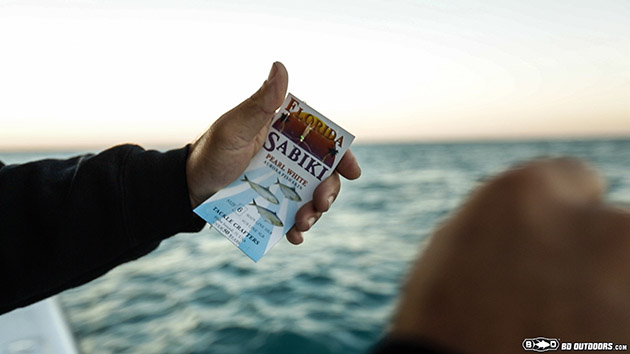 How do you catch them?

By far the most common method of catching small baitfish on hook and line is with the sabiki rig. This multi-hook rig comes pre-rigged with a series of tiny flies on short droppers. One end is attached to your main line and the other has a swivel that will attach to a weight.

Capt. Rush normally uses a number six or four, depending on what type of baits he is after. A weight is added to the bottom-end of the sabiki and it is important to use enough weight to punch down to the bait school before it moves as well as helping to keep the rig stretched vertically when the fish hook up. Too little weight will allow the fish to swim the rig into a tangled ball, which is the end of the rig normally. It also helps to begin your retrieve upward at the first sign of hooking up, other fish will follow and hook up on the ascent, but that will keep the rig stretched out as well.

The sabiki is dropped down and reeled up and the fish jump on in both directions. Not all sabiki rigs are created equal and the cheap ones don’t work as well as the good ones. There is a middle ground in price range, but you want ones with the shiny, fish-skin wings and not ones that look like they are made of white paper. I’ve stood there and whacked the bait next to someone with a cheap sabiki who could not catch a one. Be sure you take a bunch, because it is very common to have your bait and rig get chopped up by predators who just can’t resist a string of struggling gumdrops.

A sabiki rod is an invaluable tool if you catch bait with this method, as it contains the hooks inside the blank when not in use. The sabiki rig is famous for catching everything else in the boat including you. 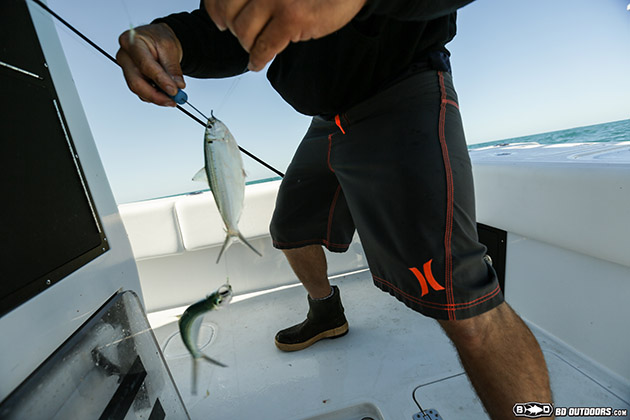 One key factor in having healthy baits is to never touch the bait with your hands. As the baits come over the rail, they are carefully unhooked with a miniature dehooker over the livewell. This minimizes the physical contact during the transfer and makes a big difference on how well they live in the pen or on the hook that day. “If one falls off and hits the deck, its no good. Toss it over the side.” Capt. Rush emphasized. “We even use a shallow dip net and very carefully transfer them to the pen so as to baby them as much as we can.” 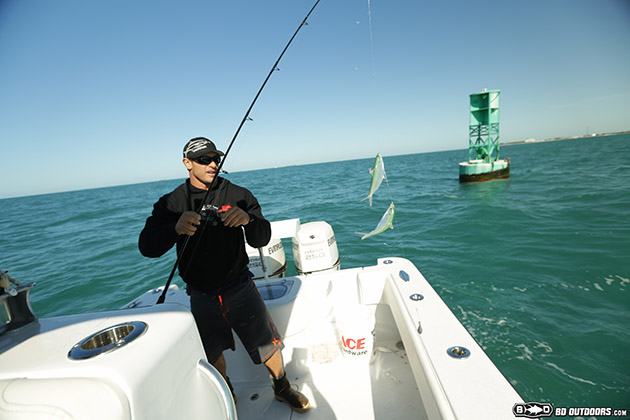 Where do you find bait?

Of course finding bait to catch is a very important aspect and the fact that the bait often moves around is part of the reason that catching them ahead of time is so important. Nothing is worse than burning half of your fishing day trying to catch enough bait to go with, especially if it is a tournament. That is one of the big advantages to having your bait ready to scoop and go. Bait is sometimes found in random free-swimming schools, but this is unpredictable and you can burn a bunch of time chasing them around for the next cast. Fishing structures such as buoys, channel markers, reefs, rock piles and wrecks will be the best place to catch a variety of baits. 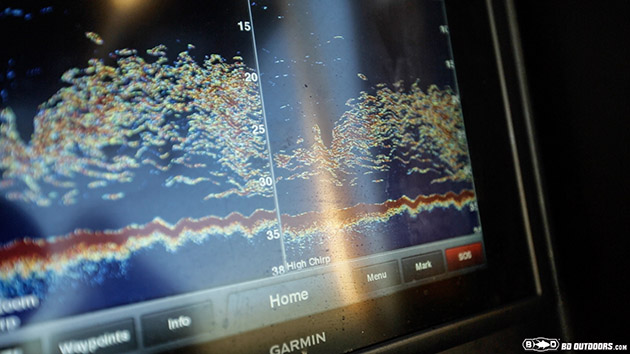 Your sounder is a very important tool when searching for and catching bait. Drive around the structures when you first arrive to survey the entire area. Use your sounder to view the entire water column to see where the bait is holding. Often the bait will be on the up or down current side of a structure and you need to focus on the side they are holding on. Don’t give up or be surprised if the bait moves on you. They are always in motion and often one has to drive around to find them again. Be ready to drop the sabiki at the first sign of bait on the edge of your screen. Don’t wait for the entire school to mark or you may miss it with your rigs. 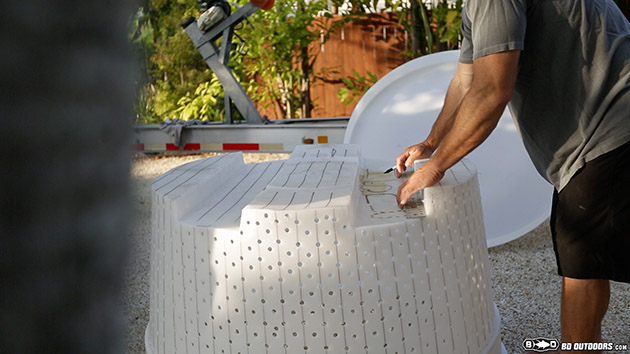 How to make a pen:

Not everyone will have a place to keep a pen in advance of the trip, but if you do, having enough water flow for the bait is the key to their survival. You can use many types of containers, but they need to be rounded with no corners for the bait to bump into or get caught up in.

If you make a pen, drill holes that allow the maximum water to flow through without letting your smaller baits escape. “Remember that algae and growth will close in the holes over time, so make sure you still have enough flow. It is a delicate balance and can take some practice runs,” advised Capt. Rush. You will need a lid to keep out the birds. There are also commercially sold pens for sport fishermen that are collapsible and easier to travel with if on vacation or fishing the tournament circuit. 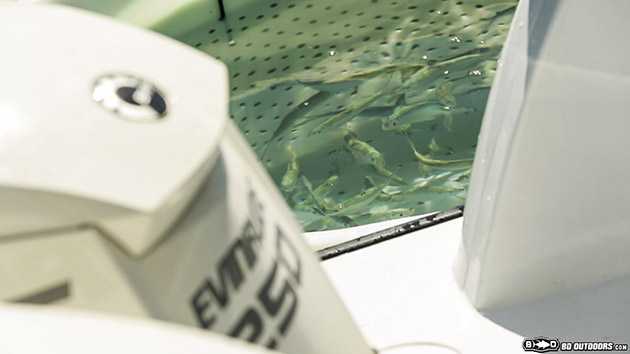 Now we are not talking about salting them down, but giving them a chance to recuperate from the process of being caught and transferred. The weak will die and you need to remove them to prevent disease and the fouling of the water in the pen. Feeding your bait is an integral part of the equation. Any fish scraps, bonita, mackerel, or squid that can be chopped up really fine can be fed to the baits in the pen. “Fish roe or the eggs you find when you clean fish make a great food source. It is packed with protein and already tiny when released from the membranes”, said Capt. Rush. “I feed them every other day and don’t put in too much as it will rot if uneaten.”

This is important as the fish can live for weeks or even months in a pen if you take care of them.

Capt. Rush explained why he and many others go to such lengths to cure their baits. “There are two main reasons I take the time to cure baits in the pens.

First is the time factor of not having to catch the bait on the morning of the fishing day. You cannot always count on the bait being where you found it yesterday. So having your bait ahead of time can save hours of the day that will now be spent fishing.

Second, bait that has been cured in the pen is much healthier than bait caught fresh on the day of fishing. Cured bait has healed and rejuvenated from the catching process, while bait you just caught has not. This makes a difference in how lively they are on a hook, which can make a big difference in attracting a bite.”

Whether I’m dangling them from a kite for sailfish and tuna, or flat lining them for a wahoo, a good cured bait is gold in my book! 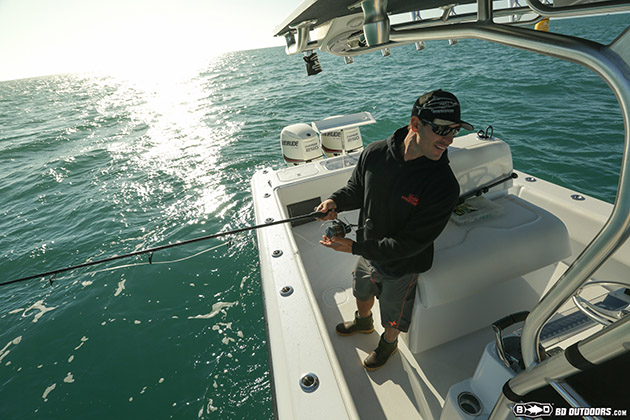 Capt. Rush Maltz runs charters aboard his 32-foot Andros, the Odyssea, powered by twin Evinrude 250 horsepower outboards. You can contact Capt. Rush or book a trip to fish with him in Key West, Florida on his website.