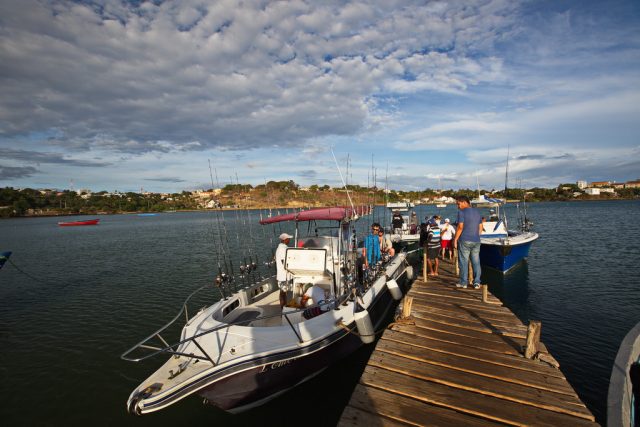 At the dock, it all started as an overcast weather and within a matter of hours it changed into pouring heavy rain and high seas. That is what I recall the first half journey of our trip to the East Coast of Diego Suarez Madagascar.
At certain time the rain was coming down so heavy that I turned to the guys and told them that there is no way on earth to open the Pelican water proof camera case and get the camera to take a shot. I knew if I do that the case will be flooded, I guess by now you get the picture!

Andy, Alex and Dorian accompanied me on this journey and we met Wahib and crew at the airport in Paris. We flew together from France to Diego Suarez with a stopover in Antananarivo (The Capitol).

I had to admit that the fishing was slow in general, the area had produced solid action and consistency in the past but that could be related to the moon phase as I know we did not fish in the peak of it. But overall, I am still satisfied and happy, I am sure I will be back soon to fish different area around the East Coat of Diego Suarez. 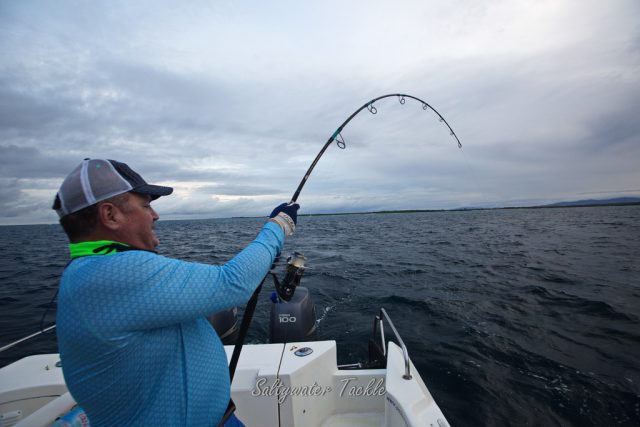 We concentrated on GT fishing on the first day making way and cutting through the wave trying to approach to our anchor point. The point was in a good strategic bay with bottom structure dropping down from 5 meters to 60 meters in less than 10 seconds – a typical great hunting place for GT’s. We started couple of drifts before sunset and got a couple of bumps on the Siren Deep Seductress.

Switched to the other side of the drop off and got a great taker right way. The hook up was very solid with intense pulling and pressure, after a 5 minute of huffing and buffing Dorian succeeded on nailing a nice GT’s, not a bad way to end the day!
We ran to the Catamaran to be greeted by Julien & Brieuc. I had to admit that the boys fed us very well and this was not the first time on board Julien’s boat. He is a great host and super chef, the food was out of the ordinary and his skill as a French chef was there on every meal we took during our stay.

We started our second day pushing toward Cap Du Diable, we did a few drifts chasing GT but since the bite was slow our Guide Nicholas decided to take us jigging. It was the right decision – the jig bite was insane and the ticket was those jigs ranging from 80g to 130g.

The CB One G2 outperformed any other jigs with an instant bite and hook up, it was a pleasure to see the reaction on everybody’s faces, all happy! 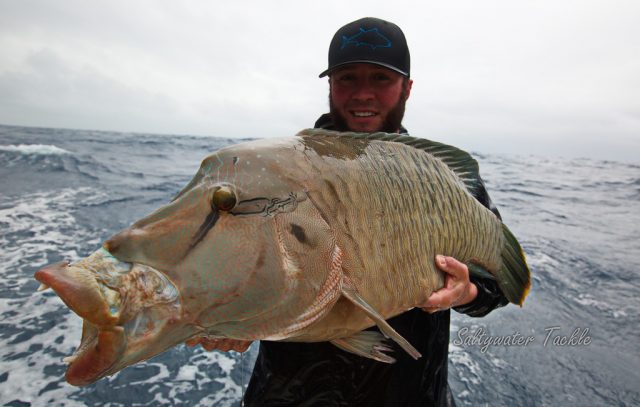 We had long drift starting from 35 meters till 18 meters and still catching fish on every drop till we saw a greenish grayish color sub surfacing. Sure enough it was the almighty Napoleon wrasse at the end of the line of Alex’s rod!

We worked quickly around to secure a safe release, took the shut we need and released him safely.
On his first ever GT trip luck smiled at him and he checked the most difficult species from the list, well done and big congrats to end the day with a bang like that! 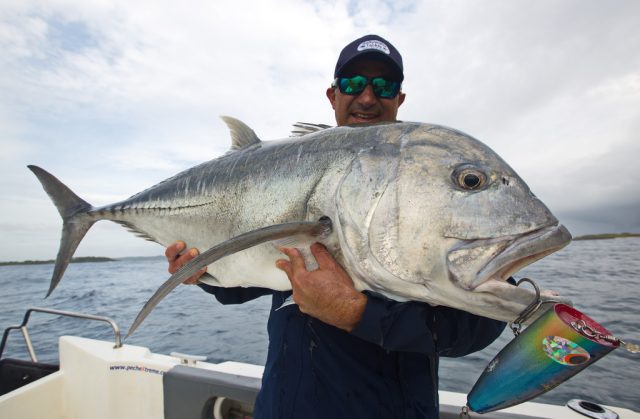 The rest of the trip we fished and anchored in Cap Du Diable, therefore, all the fishing we did was close to the area with some deep jigging for doggies to no vail. We were marking fish on the screen but they had a locked jaw and we could not get them to commit to the jig apart from the little rookies.

The highlight of the second part of the trip was Andy’s and Dorian’s GT, one was caught on the heavy gear and the other on a PE2 set up and it was such a pleasure watching Dorian go through the pain. 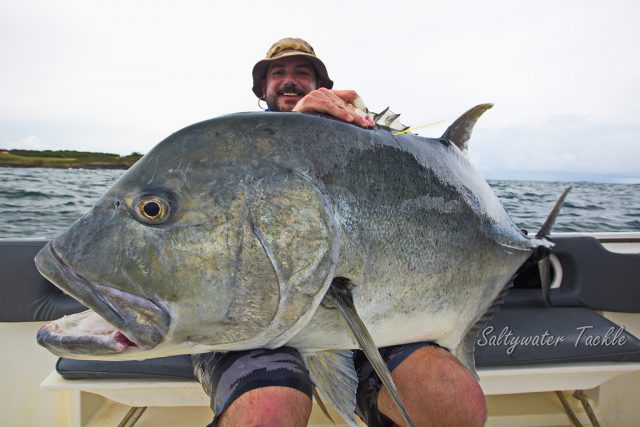 The jig bite we had before started to fade away so we left with no option except to concentrate more and dedicate more time for GT fishing. The casting did not end but at the end of the day Andy found the GT honey hole and upon his popper touching the water he was taken by surprise – a massive hole in the water with a big statement ( I am going to kick your ass! ), the depth was reading 7 meters and the pressure was on, Andy locked the drag completely, now the pressure was all on him and the equipment, talking about testing your skills, knowledge and equipment? 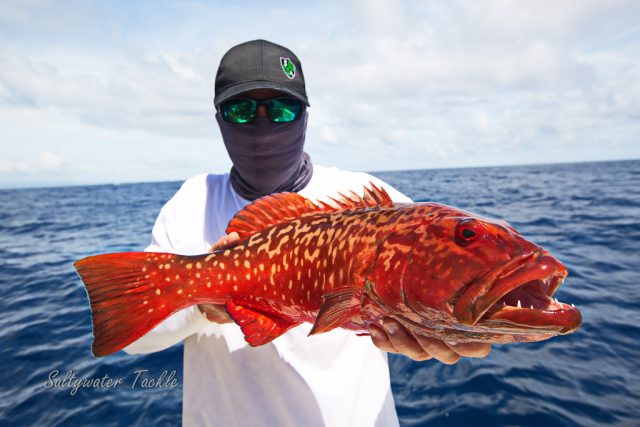 This is where it showed how good you did your homework. Steady, Andy got that fish to boat side and it was all round with massive belly. We had it in and out in no time. It was epic, tense and great to see that fish swam away easily. A big high five and well-earned fish for the rest of your life my friend, a life time fish to be remembered! 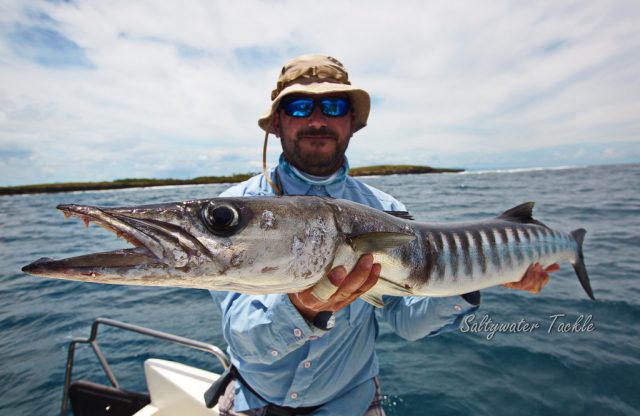 Right after that and quietly on the other side of the boat Dorian dropped his jig and got spooled. Structure all over the place and the fish seemed to take control, not much you can do with a PE2 rod and 40lb line with 60lb leader, what a fight!
All what I remember is asking Dorian to ease down on the pressure, the silver belly began giving up after 30 minutes and Dorian got it to the boat side when we reached 27 meters. We hooked that fish in 9 meters and by the time he landed it we were in 27 meters, that was a big achievement on the lighter set up and it took some dedication to make it happen, in my book that fight on the lighter gear was very close to landing a 50kg GT… 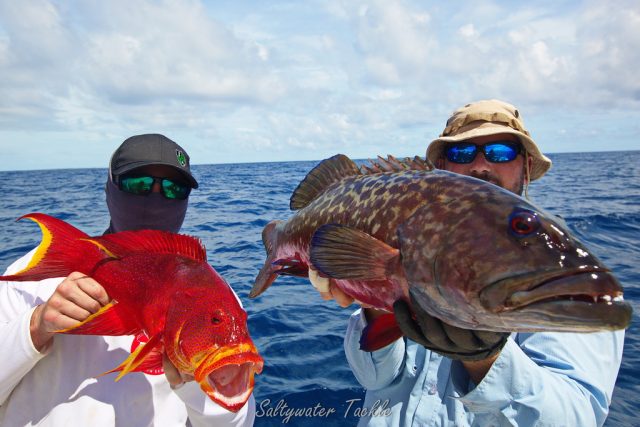 It was time to call the day off till I saw a rip forming at the entrance of the bay. We gave Alex the shot and Alex get smoked on 3 occasions and lost 3 lures in less than 3 minutes but you must see his face, defeated but humble!
Took a couple of shots and landed couple GT’s before the school moved away and we called the day, have we celebrated the day that night? 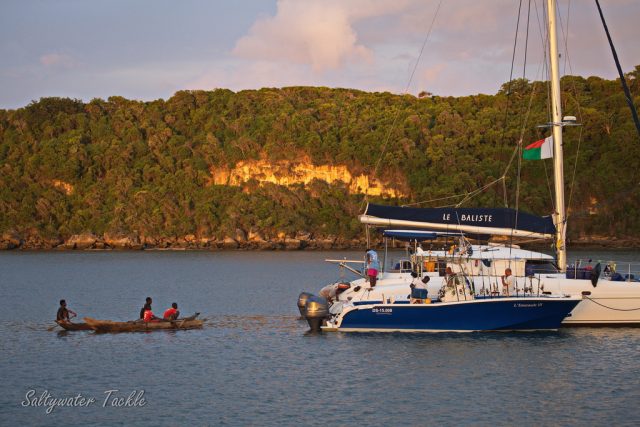 I guess we owe it to the village and its people.
On our last day we headed north and we encounter the slowest day of the trip, I think we caught 4 GT’s in total.

A big thank you goes to our Captain Nicholas that dedicated long hours and outstanding service, as for Julien, Brieuc and Tonton I must say that you guys are half of our trip, you feed us well and took a good care of us, Thank you so much for such an amazing service and hospitality! 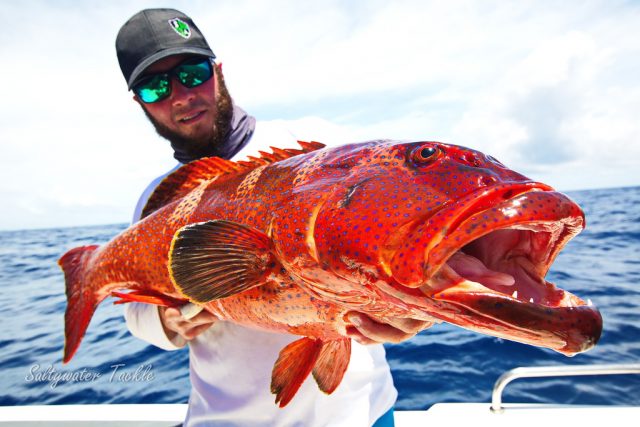 Sometimes what gets us to comeback is not only the fishing!