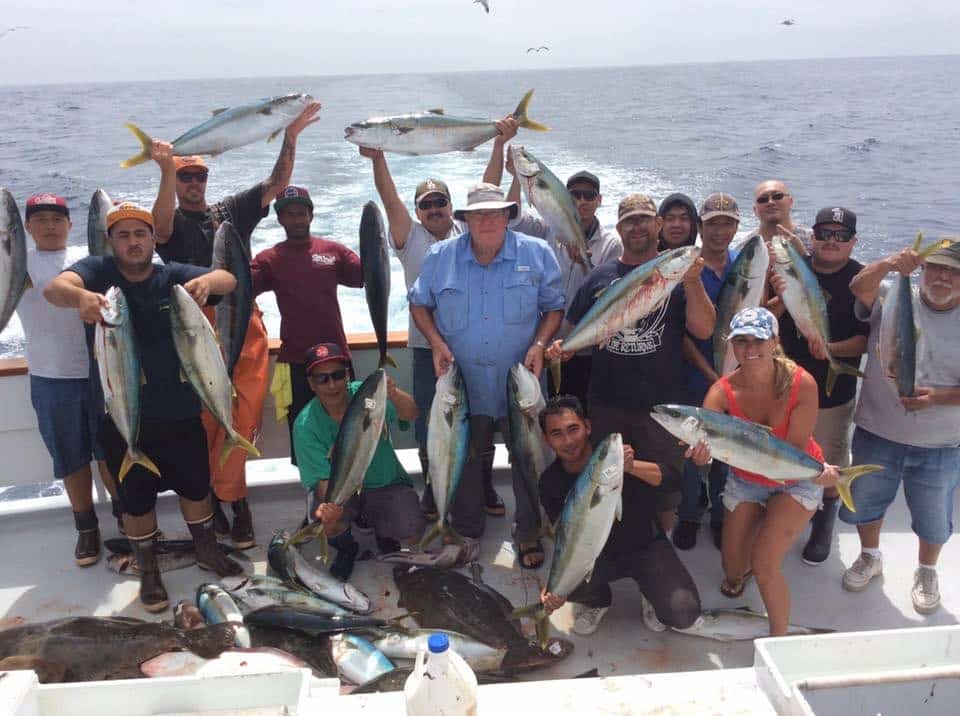 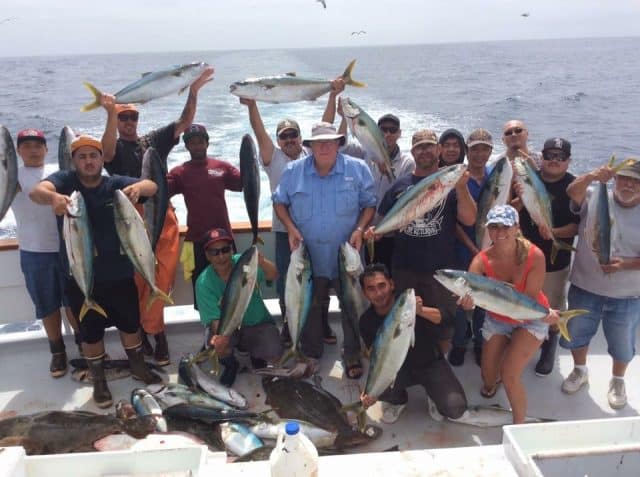 Before I get into this week’s report, I’d like to take a minute to talk about a disturbing trend that I see developing, both in our forums, and on social media in general. While there are a lot of variations to the complaints I’ve been reading, the bottom line seems to be that many anglers feel that regular fishing is no longer good enough. If you’re one of those anglers that feel let down by, or angry with, this year’s lackluster fishing I’ve got something I’d like to tell you.

El Nino is over! None of us wants that to be the case but it is and my advice is to relegate those magical days to being fond memories instead of using them as the bench mark against which to rate your future angling experiences. Failure to do so will only lead to disappointment. Fishing may be tough this year in comparison with the last few, but it’s still far better than many of the last 20 years have been.

It blew my mind to see the San Diego out of Seaforth Landing report limits of yellowtail on their 3/4-day trip and the first few comments were from Facebook followers who complained that they didn’t mention the exact size of the fish being caught worried that mixed grade fish from 5 to 20-pounds weren’t big enough to warrant getting off the couch for. Are you kidding me?!? The year before this whole crazy thing started a count like that would have sold the boat out for a week.

Have we all become so jaded by our El Nino driven success that we’re no longer satisfied with just good fishing? 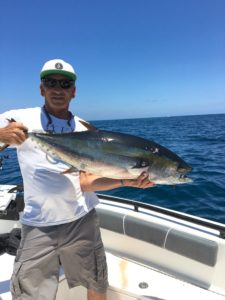 Also, to all of those complaining that the seiners are catching all of the yellowfin in US waters, those fish have been there for a month and they weren’t biting any better before the seiners started fishing them and they might not bite any better once they’re done fishing for them. The problem isn’t fishing pressure, the problem is an over abundance of forage. For example, the yellowfin tuna in this photo was one of two caught by Captain Jimmy Decker while on his way home from a Catalina trip on Tuesday. Decker reported finding breezing fish and his passengers getting six bites on the popper but only landing two of the 30-pound class fish. The volume of fish he saw was enough to convince him to return on Wednesday and the tuna were still there but it was a little to choppy to spot breezers and the fish that he found under birds never came to the surface. There were some seiners a few miles from him on that second day and he could have blamed his lack of luck on that but the reality was that the water had gotten a little dirtier overnight and that had the fish feeding slightly deeper. Also, any breezers that might have been up would have been impossible to see due to wind chop. I know it makes us feel better to blame the commercial boats but there’s so much fish around that they really aren’t having an affect on it. 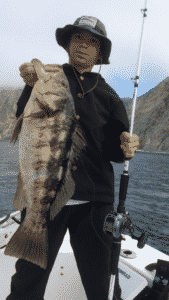 Getting back to to the title of this article, the yellows are biting at the islands. Last week’s hot seabass bite at Rosa seemed to dry up after the full moon and the boats have refocused their efforts on Santa Cruz Island and are catching some yellows. There are also yellows biting at Catalina and the 3/4-day boats have been getting some good scores on the mixed grade fish. The best bet for big yellows continues to be at San Clemente Island where overnight boats out of LA and Orange County landings are averaging 20 to 50 fish a trip with plenty of big ones in the mix. The bass are also biting at the islands. This picture is of a close to 10-pound calico (they didn’t have a scale on the boat) that was caught on Decker’s boat at Catalina the same day he caught the yellowfin. 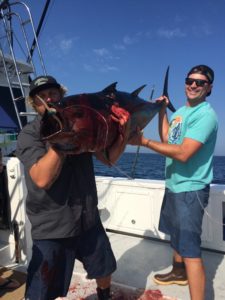 The big bluefin are still biting the kite for the guys willing to put their time in. It’s far from being a sure thing but if you find conditions you’ll have shots at fish. You might not get a bite for three days and the next trip get multiple chances. It’s a crap shoot. If you’re looking to get in on the action I recommend chartering a boat for yourself and maybe one or two friends and give it a shot. This fish was caught aboard the Sauerfish earlier this week.

Finally, the bass are biting fairly well along the coast this week. I fished sand bass at Izor’s Reef on Saturday morning for a slow pick on fish to 6-pounds before throwing in the towel and moving in shallow for wide open fishing on small calicos. Wherever you go this weekend, remember to manage your expectations. The glory days of El Nino are likely gone for good.