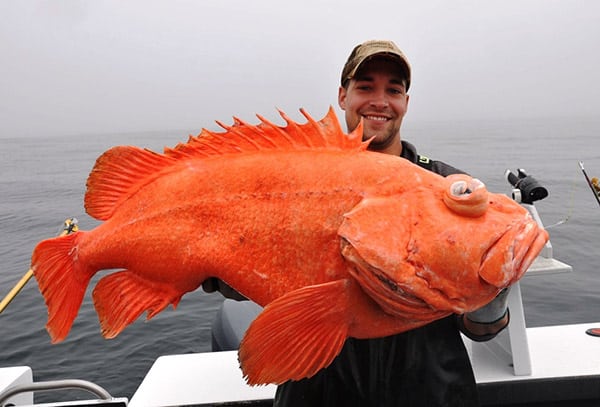 Great catches have been made all over the world in this month’s IGFA Hot Catches report!

Three of the record applications in this month’s update are for fish that have been released to grow even bigger – great news for all the record seekers in these areas! 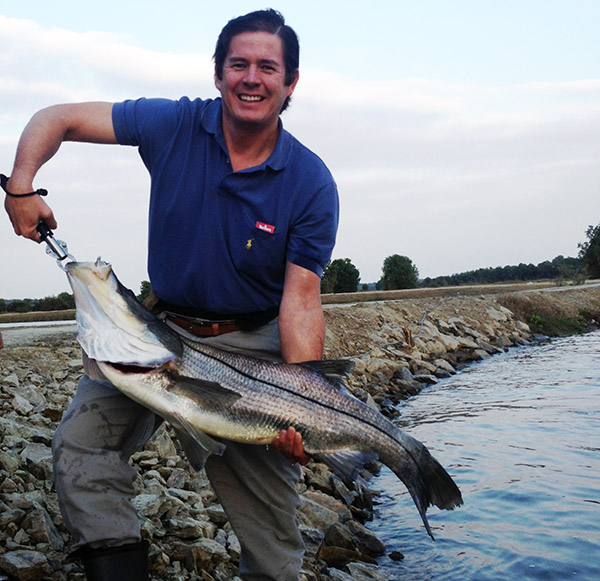 IGFA Representative Ricardo Sola Tanca was fishing his home waters in Quayaquil, Ecuador on July 22nd when he landed an enormous Pacific snook (Centropomus spp.) while casting a jig tipped with shrimp. Once hooked up, Tanca needed 10 minutes to subdue this potential All-Tackle Length record fish, which was released alive after being properly measured and photographed. Tanca holds the current record for this species at 87 cm, but this 103 cm fish could potentially blow his standing record out of the water. 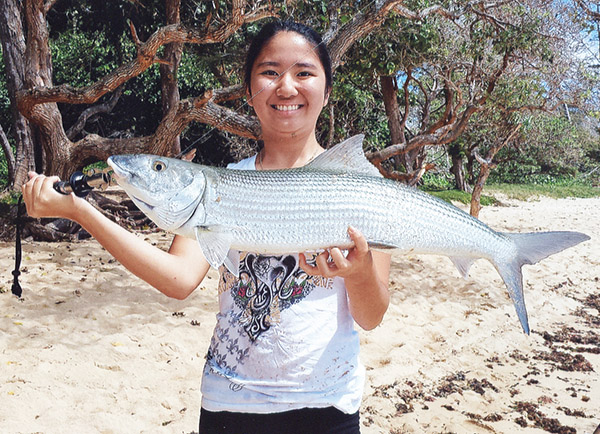 Angler Jamie Hamamoto of Honolulu, Hawaii, landed a 4.65 kg (10 lb 4 oz) roundjaw bonefish (Albula glossodonta) on July 16th, while fishing with her father, Wade Hammamoto. The young angler was soaking a piece of scad in the surf off Kahuku , when her rod doubled over and line started peeling from her reel. Nearly 10 minutes later, Hamamoto had landed this potential All-Tackle record fish and qualified for the 10 lb Bonefish Club! The current IGFA record is vacant. 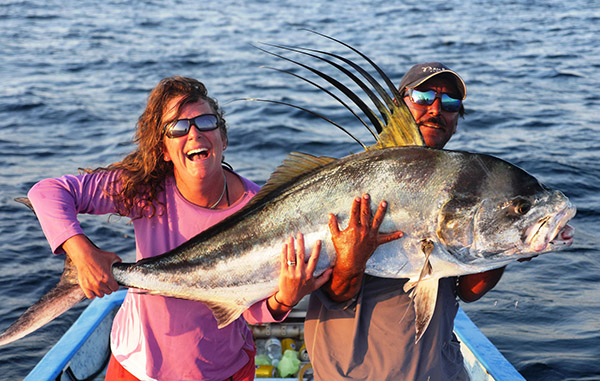 Angler Margaret Shaughnessy of Medford, Oregon landed a beautiful roosterfish (Nematistius pectoralis) on June 2nd while fly fishing with local guide Marco Lucero off the coast of Punta Las Arenas, Mexico. Shaughnessy’s potential women’s 10 kg (20 lb.) tippet class record rooster put up a brutal fight that lasted nearly four hours, after the fish ate the custom “raton” fly Shaughnessy was casting. Once landed, the fish was rushed to shore where it bottomed out a 60 lb. Boga-Grip scale! Instead of killing the fish to get the actual weight, which was estimated at well over 70 lb., Shaughnessy decided to release her catch alive to grow even bigger. And with the current IGFA record at 13.15 kg (29 lb. 0 oz.), a 60 lb. fish is plenty big enough to qualify for a record! 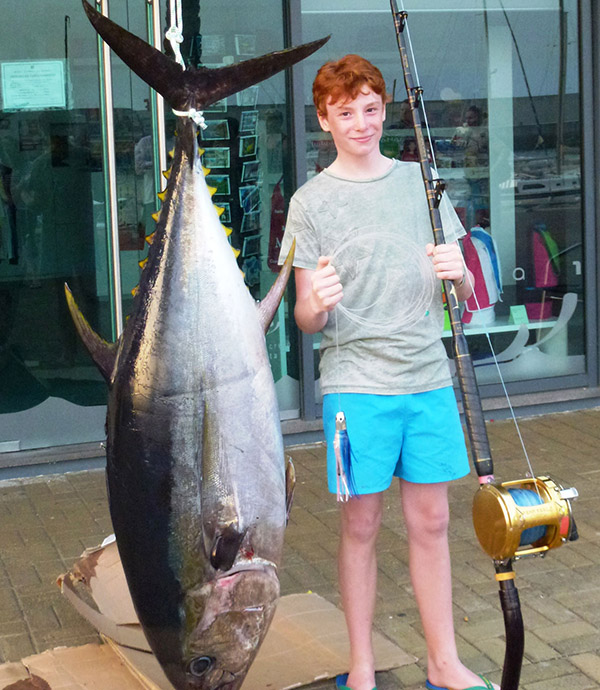 Junior angler Axel Bowmer recently traveled to the famed Portuguese island of Madeira to experience the amazing offshore fishing that can be had there. While trolling a Melton’s Cherry Jet on July 8th with Capt. Gerard DeSilva, Bowmer hooked into a huge Atlantic bigeye tuna (Thunnus obesus) that ripped line off his Penn 130 reel. After 35 minutes in the fighting chair, he finally subdued the 88.31 kg (194 lb. 11 oz.) bigeye that qualifies him for the potential new male Junior record. The current IGFA record stands at 84.82 kg (187 lb.). 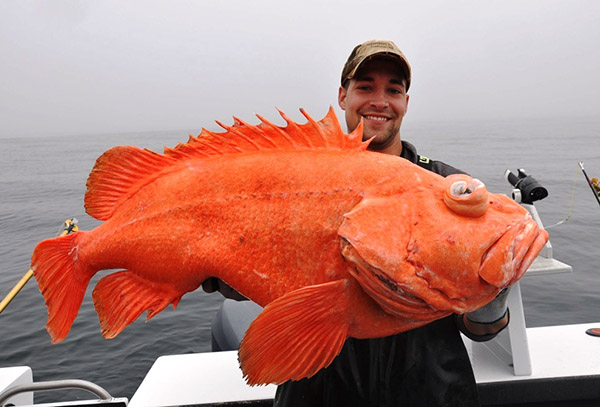 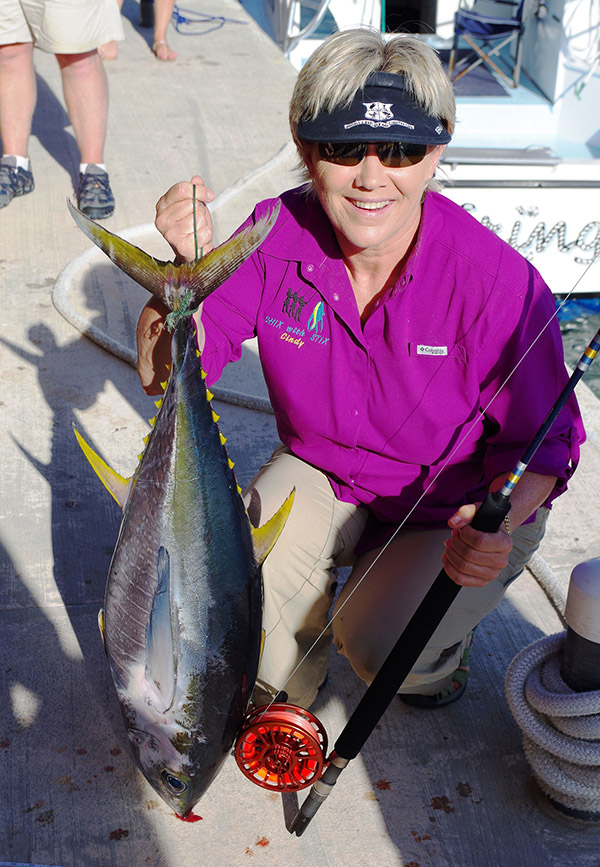 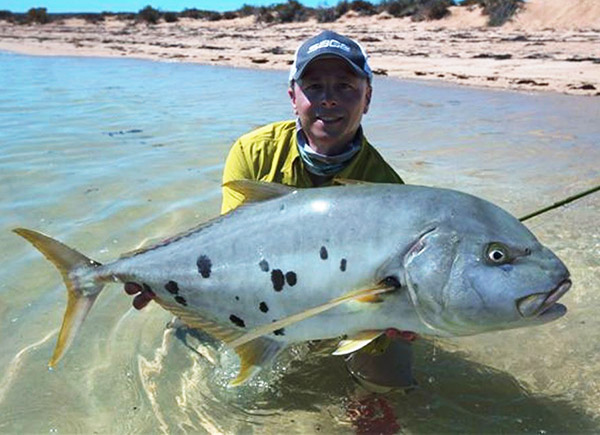 Italian fly angler Paolo Pacchiarini recently traveled from his home in Milan to experience the endless fishing opportunities “down under” in Australia. On April 18th, while fishing with local guide Brett Wolf out of Exmouth, Pacchiarini hooked into a 10.43 kg (23 lb.) golden trevally (Gnathanodon speciosus) while casting a white clouser fly. After a 20-minute fight, Pacchiarini subdued the fish, and then quickly documented the potential men’s 10 kg (20 lb.) tippet class record fish before releasing it alive. The current IGFA record is 8.16 kg (18 lb.).