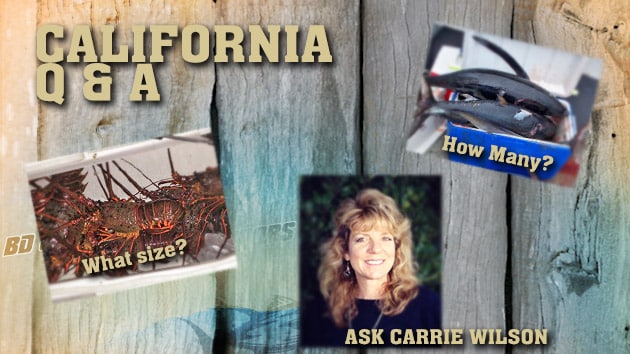 Q:I am in a duck club and we get geese in the field between our blinds. It is impossible to sneak up on the geese without being seen. We made a life-size cow silhouette and painted it black and white just like the cows in the field. We are planning on hiding behind it to sneak up within shooting range of the geese. Is this a legal decoy to use?

A:No, it is not legal to use any mammal (except a dog) or an imitation of a mammal as a blind in approaching or taking game birds (FGC Section 3502.) Hunters have long known the benefits of using cattle as duck blinds. In fact, in the early days market hunters were known to train large steers to act as live decoys for them to hide behind while they “walked their shot” to approach the unsuspecting birds for a closer and better shot.

One of the most famous live decoys was a hunting steer by the name of “Old Tom.” When his owner bought him in 1914, Old Tom weighed 1,850 pounds and stood 5 ft. 8 in. high. During the days of market hunting, he was utilized in practically every inland county in the state and made an excellent blind because of his training, size and build. Because of the high success of this method, market hunters were banned from this practice nearly a century ago, and sportsmen have been banned from this practice since 1957. Is it legal to sponsor a long range angler?

Q:What if four people got together and all paid the boat fare so that one person in the group could take a long range fishing trip? Three of the people are not fisherpersons. After the trip, all of the fish caught by the one angler would then be split evenly between the four people. Would this be considered selling of fish?

A:Fish caught under the authority of a sport fishing license may not be bought, sold, traded or bartered (FGC Section 7121). This means that if these people all helped pay the fare for another person to take a fishing trip with the expectation of receiving some of the fish caught back in return, that would be illegal. Anglers who lawfully catch fish may always give fish away to whomever they wish, but it is not legal for non-anglers to pay for another person’s trip with the understanding or expectation of receiving fish in return for that money. OK to donate and raffle off bear skin rugs?

Q:One of our club members was cleaning out his home recently and came upon a grizzly bear skin rug he has had for many years. He would like to donate it to our club. We want to be sure this is alright, and second, would we need something in writing from him indicating that it is a donation to the club? If, in the future, we want to include this rug in a raffle, can we do so? We aren’t certain if there are restrictions regarding this type of bear hide. Thank you for your help with this matter.

A:The donation of the bear-skin rug to your club is not a problem, however, it would be illegal for the club to offer it as a “prize” in a raffle (e.g. the person who holds the winning ticket “exchanges or trades” it for the rug).

The exchange of the rug for a winning ticket is prohibited by Fish and Game laws that prohibit the sale of any part of any bear and defines sale to include “exchange or trade.” Grizzly bears are also protected by federal laws. Contact the U.S. Fish and Wildlife Service for information regarding what, if any, federal laws may apply. They can be reached online at www.fws.gov.