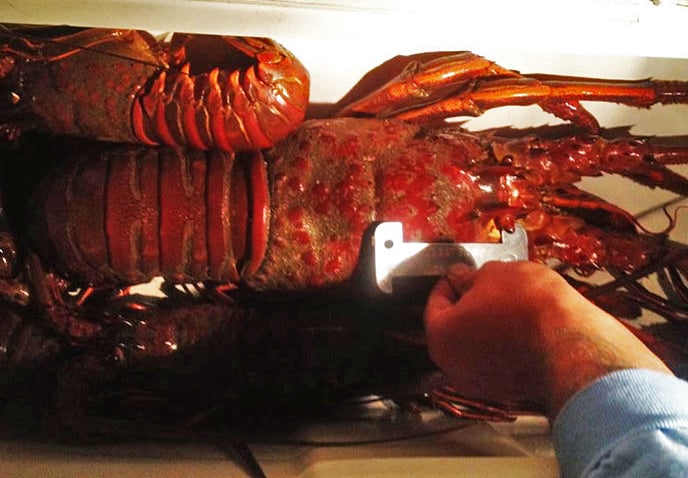 Hoop netting is something that I’ve been meaning to write about for a couple of years now. But being the lazy bass fisherman that I am, every time lobster season rolled around I’d find other things to cover; usually those that didn’t require me staying up all night pulling hoops. Well it looks like my procrastination has finally paid off as my friend John Curry decided to take up hoop netting this season and offered to share what he’s learned along the way.

I understand that some of you hoop netters might be dubious that I’d choose to interview someone with less than a month’s worth of hoop netting experience. But you’ll have to just trust me that Curry is a very fishy guy and he’s one of the best I’ve met at deconstructing fisheries and analyzing their parts to improve his ability to exploit them. Also keep in mind that a beginner’s unbiased eyes can often pick things up that a seasoned veteran might overlook. 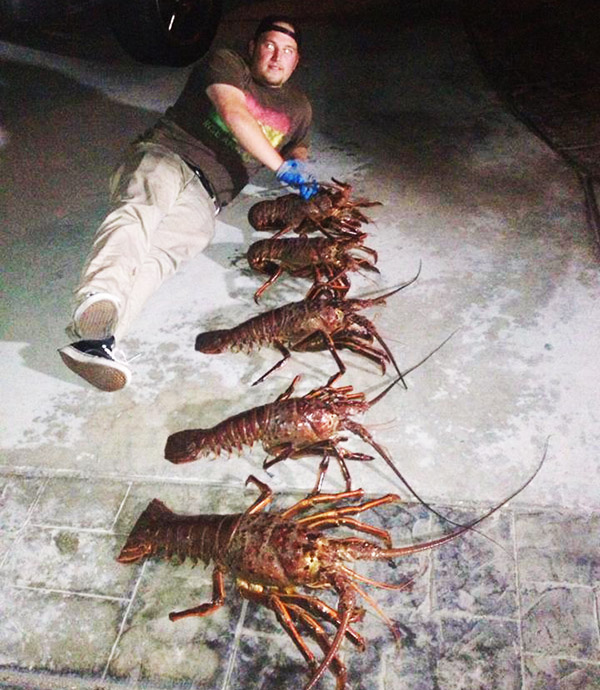 As a back story Curry explained about how he came to hoop net in the first place. “A friend of mine runs hoop net trips on one of the sport boats and had agreed to take me out and show me the ropes, but he flaked on the day of the trip. Rather than stay home, I went out that afternoon and bought some hoop nets, picked up some salmon heads for bait and called a couple buddies to join me.”

“We headed to Long Beach Harbor, which I heard had been good, but I didn’t have any idea where to start, so I found some rip rap and dropped the hoops. The first few we pulled resulted in assorted crabs and a small shark. At this point I was pretty sure that we weren’t actually going to catch a lobster, but we kept trying. One of the nets finally had a lobster in it, so I moved the rest of our nets into the crawl zone and we ended up with fourteen bugs in the next few hours.”

“Conditions were different on our next trip, but once we figured them out we caught sixteen legal bugs. I fished a couple nights the following week and both times we caught our limits for three guys. On one of those nights our biggest five totaled just under fifty pounds.”

Although I’m not a hoop netter myself, I do read the lobster reports on our message board and it sounds like most guys aren’t having the same consistent success as Curry, so I asked him to break down where and how he’s getting the bugs.

“It’s actually really simple. Lobster live in areas where they can hide in the rocks during the day and have access to a food source at night.

This makes all of the rip rap in Long Beach Harbor prime lobster habitat. So, the first step is to find an area that you can work by yourself. I try to avoid areas that have other boats working them because it makes it tough to fish correctly.” 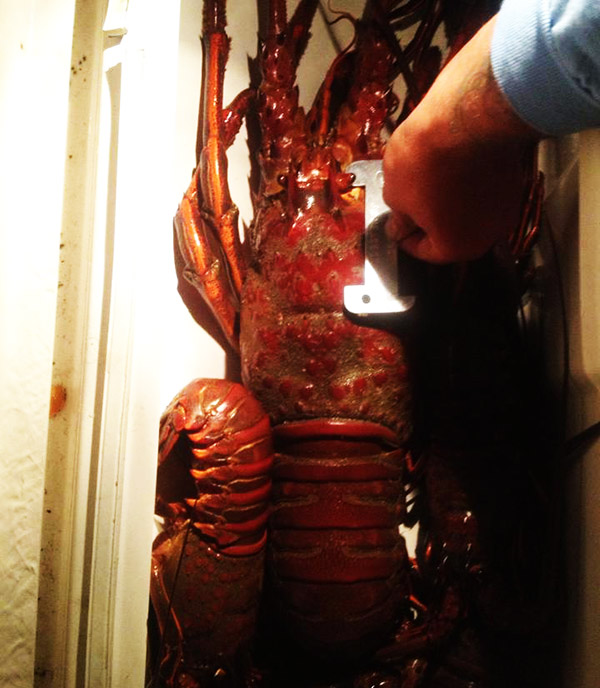 “Once I get to an area I want to fish, I’ll look for conditions. I’ve done best when there is water movement so I’ll look for current and lacking that I’ll look for areas that have surge caused by wind or swell. If an area looks good, I’ll drop my hoops in three different depths and distances from the structure to find where the lobsters are crawling. If I don’t get any on the first set, I’ll move them to a different area and start over, but if I get one in a net, I’ll move the rest of my gear into that same depth or distance from the structure. Lobster tend to move around, so instead of going right to the spot where you got them last time, you need to relocate them every trip.”

Once he’d covered where and how he catches lobster, Curry went on to explain the most important subject of catching lobster. “Tide is a big deal when lobster fishing, so I schedule my trips around the tide charts. I’ve caught them on different tides, but I’ve found that when there’s a big incoming tide just after sundown, they crawl like madmen.

If you can find a day with a big tide swing that peaks at nine or ten, you are going to have a really good shot at getting some bugs.” 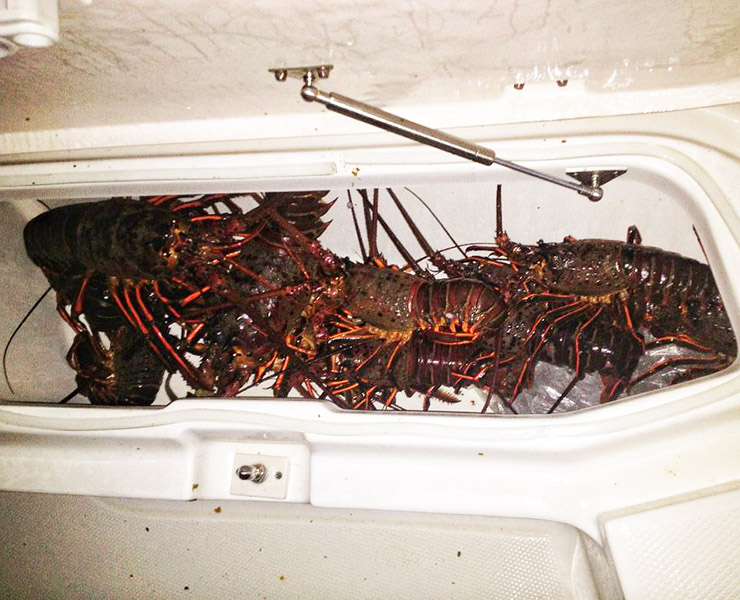 “The tides don’t always work in our favor, but that doesn’t mean that you can’t get creative. The other day, the tide peaked before dark so I left early and set my hoops in daylight. I ended up getting eight bugs before the sun went down, but once the tide peaked and it got dark there was nothing but crab crawling into the nets.”

Like most people who are good at what they do, Curry makes it all sound pretty simple. But the reality is that once you strip away all of the variables, success in hoop netting, or any other fishery for that matter, starts with a game plan based on simple fundamentals and executed by making observational adjustments on the water. 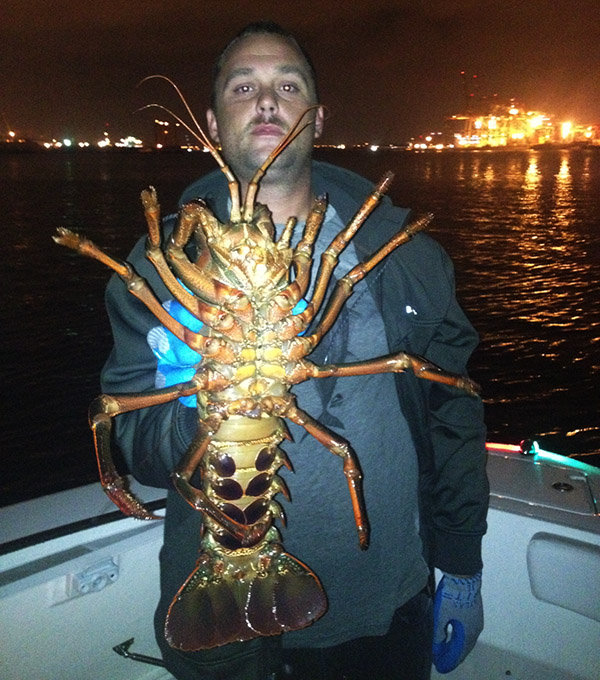 So whether you’re heading out for the first time or the hundredth, take some time to contemplate the how, where, when and why of what you’re doing, it can only make you a better fisherman.

Q and A Tagged Lobster