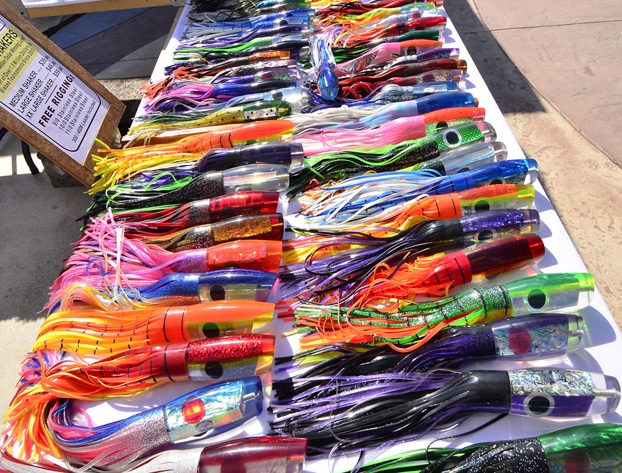 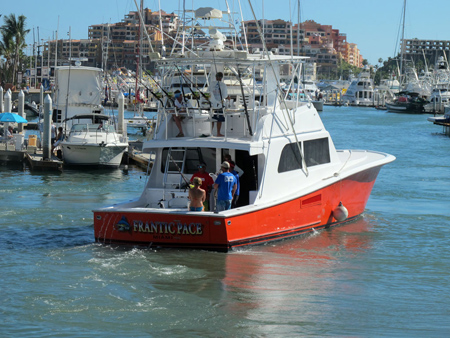 After an 80-minute fight aboard Frantic Pace, angler Dave Sanchez landed a 465-pound blue marlin, which turned out to be the only qualifying fish in the 2012 Bisbee Black and Blue — the richest marlin tournament in the world. This catch netted the team the second-highest payout in the event’s 33-year history!

Not only did Frantic Pace sweep all of the major cash awards, including the top tournament and top jackpot, but the crew also won all of the daily jackpots for a total payday of $2,396,800.

But the backstory that cannot be overlooked belongs to Ken Matney, owner of Hi-5 Custom Lures Baja. The solitary blue marlin brought to the scale in the 2012 Black and Blue was hooked on one of Matney’s lures, a Hi-5 Lure XXL Cabo Shaker with abalone shell insert and red eyes. The lure features the black-and-purple colors associated with barrilete (Mexican skipjack), the primary bait available during this year’s contest.

When asked why that particular lure hooked the only qualifier, Matney laughingly explained, “Local knowledge and matching the hatch triumphs again.” 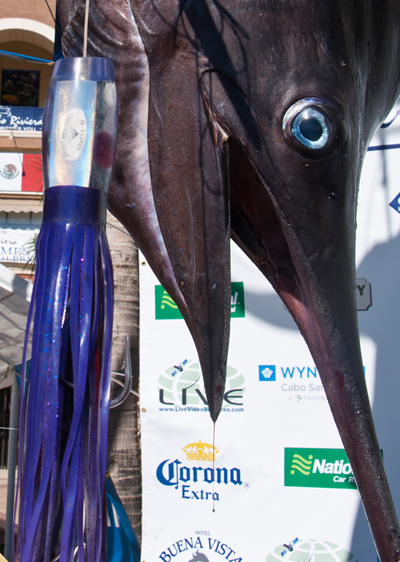 The 2012 Bisbee win was actually Hi-5 Lure’s sixth first place victory in a Bisbee tournament. Matney’s lures won Bisbee East Cape events in 2004, 2008 and 2011 and the Bisbee Offshore Los Cabos in 2008 with an 870-pound blue marlin, the second-largest ever caught in the contest.

The most recent winner was also the second fish worth more than $1 million in tournament winnings caught on a Hi-5. Both of the million-dollar marlin were caught in the Bisbee Black and Blue, the first in 2005, earning the team $1,348,440 and then again in 2012.

When I met Ken a few years back at the East Cape Bisbee Tournament, he was hanging out behind a table laden with his custom-designed lures, proudly displaying his handiwork. A humble man, it took several cervesas before I could even pry his remarkable story of retirement in Baja out of him — how he started a business in a foreign land, the experimentation and refining of his lure designs and ultimately his impressive string of successes.

Once his father introduced seven-year-old Ken to fishing at a pier in the Long Beach Naval Shipyard, he became the consummate fisherman, working on sportfishing boats at Pierpoint and Pacific Landings in Long Beach, earning a few bucks while fine tuning his fishing skills.

Beginning in 1964, he owned seven boats, with the last three docked in Cabo marina. He’s fished with respected skippers including Capt. Steve Lassley (winner of the largest Bisbee payout — a whopping $3.92 million in 2006) and Capt. Dave Grimes among others who willingly shared their extensive sportfishing knowledge. He fished every opportunity he got. 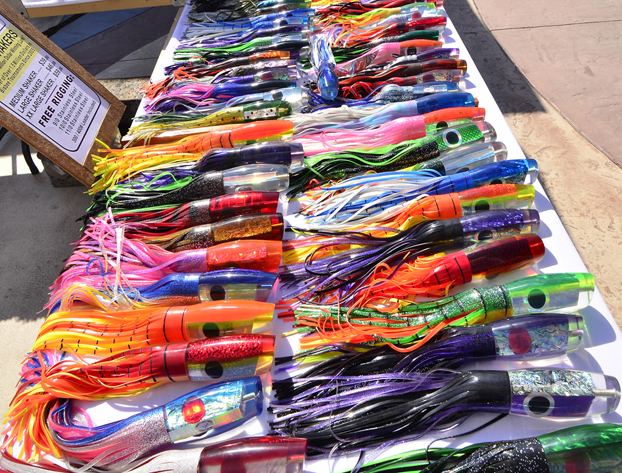 Over time his motto became “We don’t need no stinking bait!” and he fished lures almost exclusively. Matney has always preferred lures to bait, especially trolling and fishing the iron.

He began studying the lures available at that time and how they performed behind his boat. Many just didn’t track that well, especially in rougher Baja waters when waves and wind opposed each other, causing a bumpy ride. The more he watched, the more he was convinced he could build a better mousetrap. 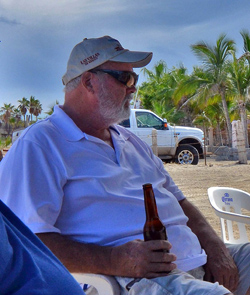 Shortly after moving to Cabo, Ken began designing lures at his condo, pouring the resin-headed lures and using a small lathe, sanders, drill press and accessories to finetune them to perfection. He eventually angered his neighbors with the prevailing resin odor and noise of his equipment.

In 1998, he formed a Mexican corporation and moved Hi-5 Custom Lures into a small facility — much to the delight of his annoyed neighbors.

As his knowledge of lure design improved, he found it odd how many lure companies confused balance with ballast. He determined that his lures needed to be ballasted so more weight would be distributed below the center line than above it.

“Balancing is what you do to car tires to keep them spinning freely. Ballasting is what sailboats and shipping tankers use to stabilize their motion,” Ken said.

The ballasting was his true ‘aha’ moment, encouraging him to design lure inserts and shapes that would accommodate his theories. Few of his competitors grasped the concept or executed it consistently through their product line as he did in his Hi-5 Lures.

“Some companies use little or no weight distribution whatsoever and there is no way to control how the lure tracks,” Ken said. “Using a hook-lock system where the hooks become rudders may help; however, this is not a reliable solution. A lure must have the correct design and weight to influence how it swims.”

All lures are not the same. They may have similar colors and similar shapes but they do not have the same weight distributions that enhance stability and produce consistent trolling actions and good action, even in windy and rougher seas.

Hi-5 Lures do not require extra fine-tuning in the trolling spread. Ballasting is the key word here. The way a lure rocks and rolls will add some flash, but too much rocking and rolling does not catch fish, at least not the right fish. 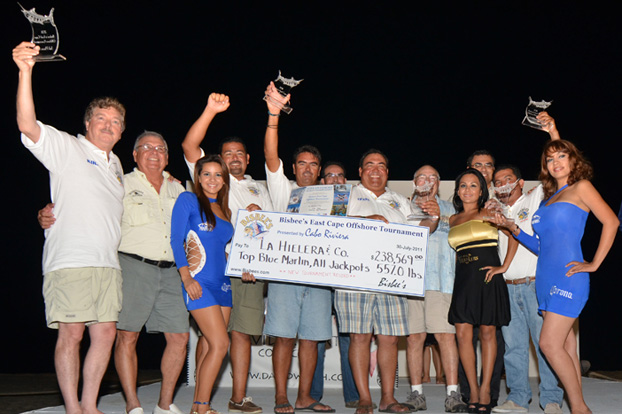 • Hi-5 Custom Lures caught six more qualifying fish in Bisbee tournaments before winning its first one in the 2004 Bisbee East Cape on the boat Karma. The catch won $140,000. 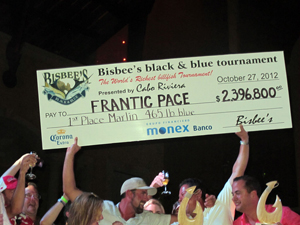 • In 2011, Carlos Jose “Chucky” Van Wormer Ruiz landed the only qualifying fish in the East Cape Bisbee Offshore using a Hi-5 lure, winning, first, second, and third place with the largest blue marlin ever brought to the scales in tournament history, a 557-pounder that earned $238,569.

Matney is certain his lures would catch winning fish in other parts of the fishing world if given the opportunity and his belief that “he could build a better mousetrap” has served him well. His no frills, no hype Hi-5 Custom Lures have achieved a remarkable level of success in the fishing world.

His lures have led grateful anglers to nine big-money victories, earning an excess of $4.87 million while setting several tournament records. 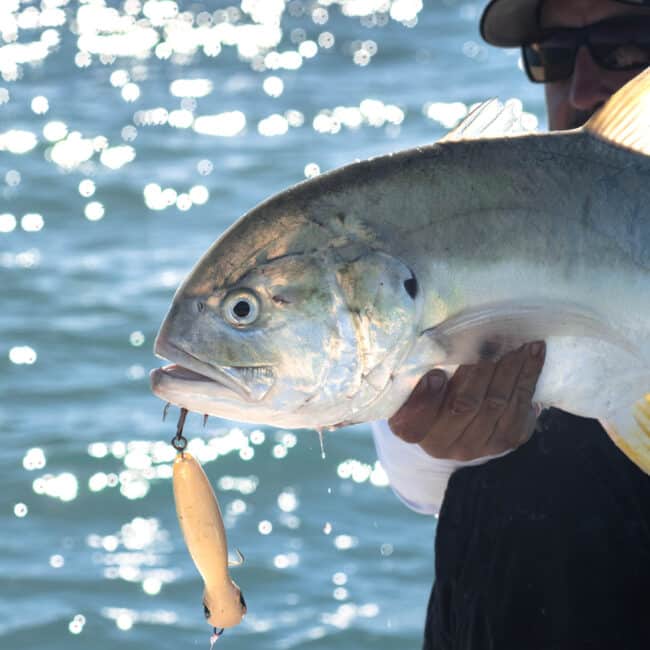 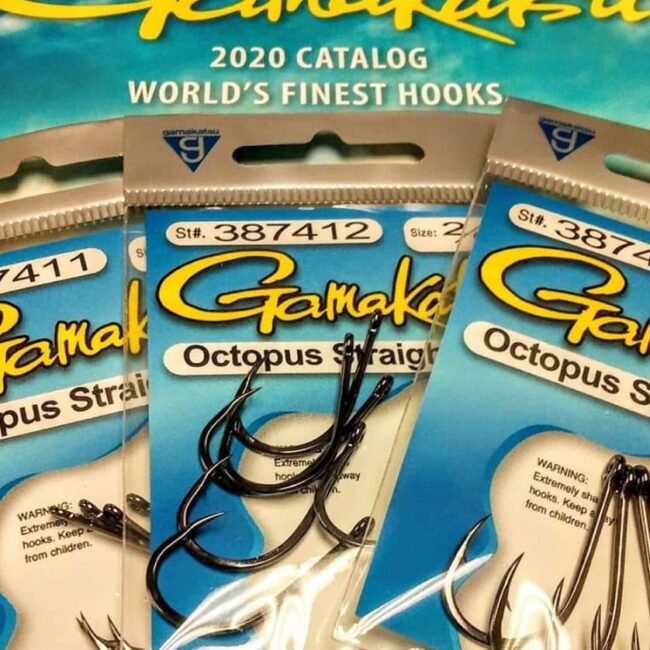 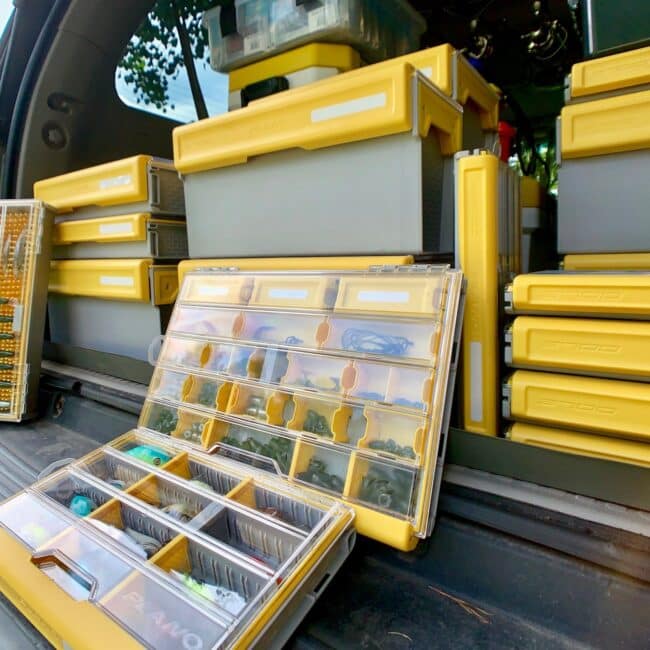 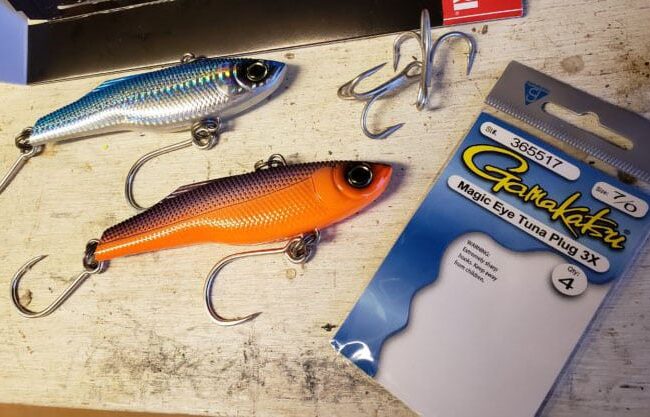 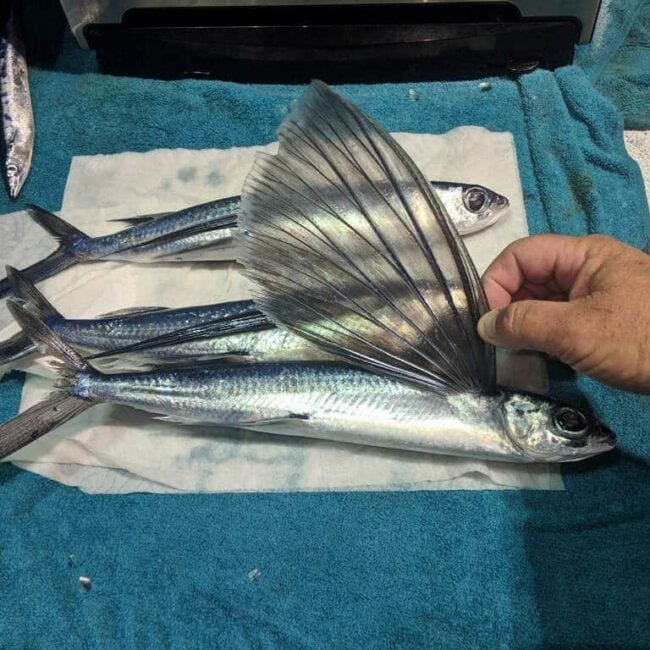