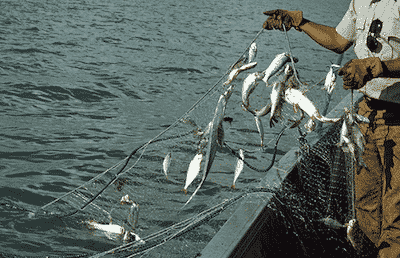 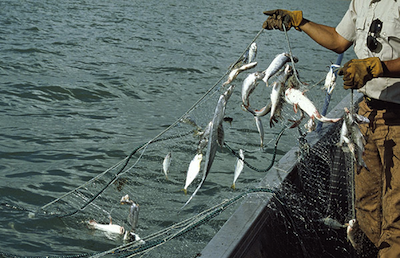 The sportfishing industry and the entire recreational fishing community are solidly behind a new fisheries proposal, developed by Oregon and Washington that limits commercial gill-netting to safe zones in the Columbia River. These specific safe zones contain mostly hatchery-raised fish and commercial gill-netting will be subject to regulation and oversight by both states’ fish and wildlife commissions.

“Oregon’s Governor John Kitzhaber deserves our thanks for expediting this process by directing the Oregon Fish and Wildlife Commission to propose rules to address gill-netting in the Columbia River by the end of December 2013,” said American Sportfishing Association (ASA) Vice President Gordon Robertson. “During its December meeting, Oregon voted to ban gill-nets from the main stem of the Columbia River based on the recommendations of a joint Oregon-Washington fisheries work group. The Washington state commission, on December 15, voted to advance the rule to public comment and is slated to vote during its January commission meeting on a final rule.”

Robertson further said, “While Oregon deviated some from the joint state working group recommendations, presumably, these differences would be negotiated by the respective directors and then finalized by the two commissions in 2013.”

This historic agreement has been years in the making and provides a workable solution to restore and maintain the Columbia River’s once-abundant salmon fishery.

“The Northwest Sportfishing Industry Association (NSIA), the Coastal Conservation Association, ASA’s members and recreational anglers have all played a continuing role in seeing this new policy come to pass,” said Robertson. “Jim Martin, retired Fish Chief for the Oregon Department of Fish and Wildlife, and Conservation Director for Pure Fishing, has devoted years to helping conserve and restore the Columbia River basin’s salmon population and we thank him and everyone involved for their efforts.”

ASA, on behalf of the sportfishing industry, sent a letter of support to Governor Kitzhaber in support of curtailing non-tribal gill-netting in the Columbia River and thanking him for his leadership role in this effort.

Robertson concluded, “Promoting the conservation and recovery of wild salmon and steelhead in the Columbia River in a manner that enhances both the fishery and the economic impact that a healthy fishery will have on local communities is paramount and we thank everyone involved for this historic and precedent-setting decision.”