1st week in Zihuatanejo down another to go. Fishing has been good so far.
Lots of Dorado around. First day we caught 3. Second day 4 and released 1. Third day 4.
I have 1 more day of fishing tomorrow.
Hardly any sailfish seen or caught. Last report of tuna, they were catching them at 70 miles.
Most likely the commercial guys are targeting the Dorado since so many around.
Most restaurants have only been listing Sierra and Mahi on menus lately.
My Captain had been up North at a tournament last weekend and said a lot of Dorado were caught during the tournament. They saw lots on the trip back down here on Monday.
We will try for a couple of Dorado tomorrow morning, then head out to the drop off and see if any Tuna or Marlin are around. 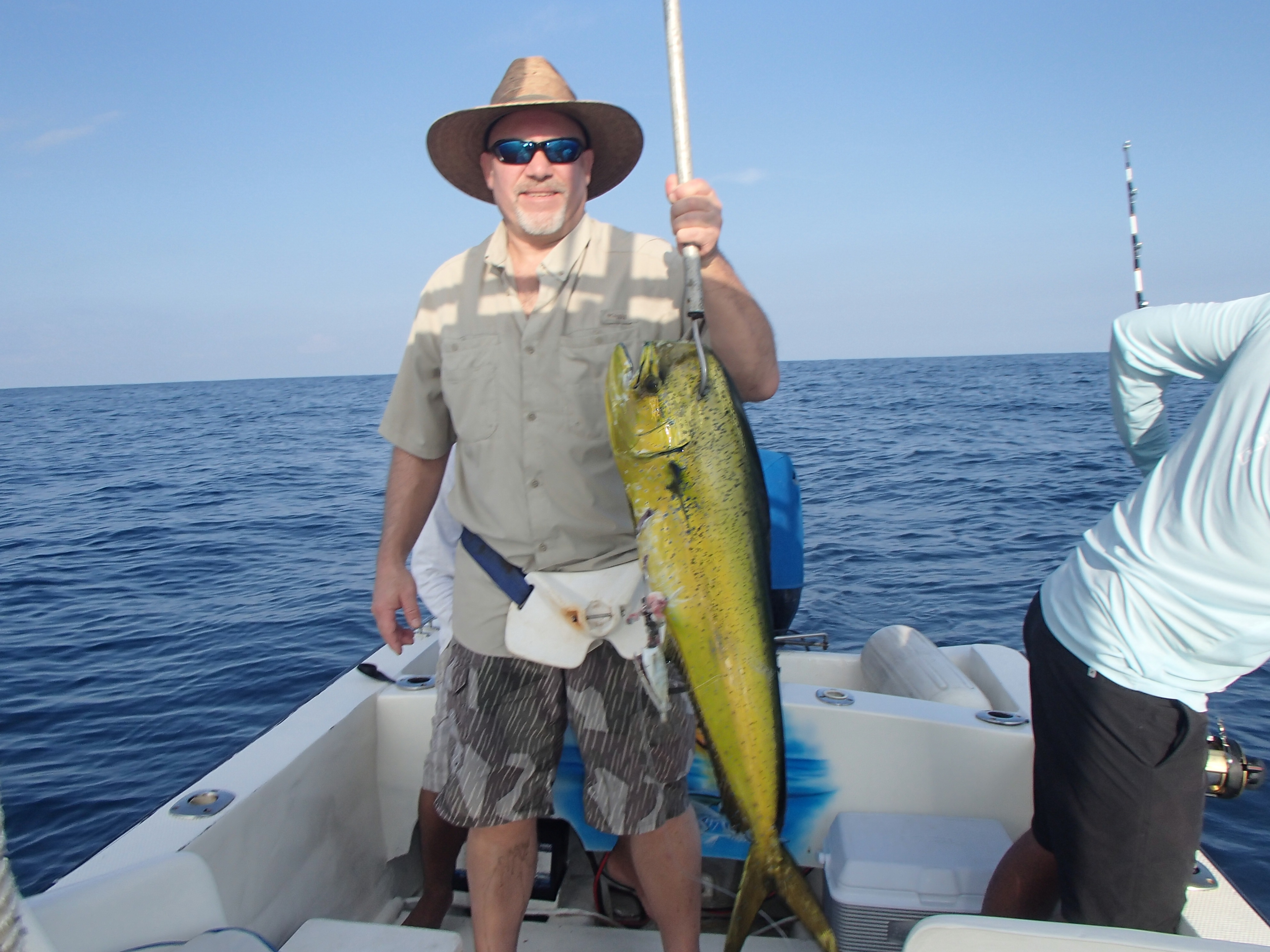 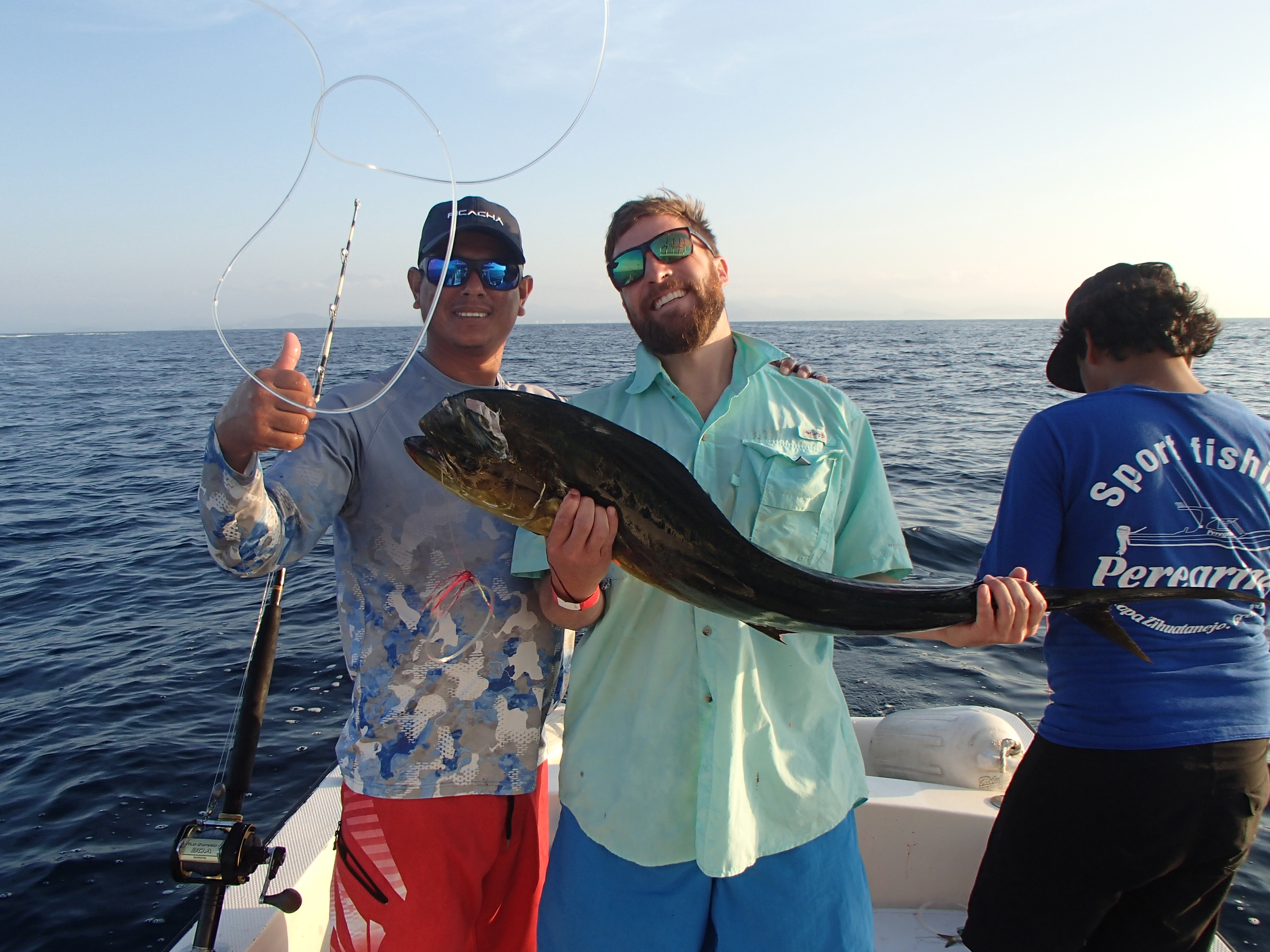 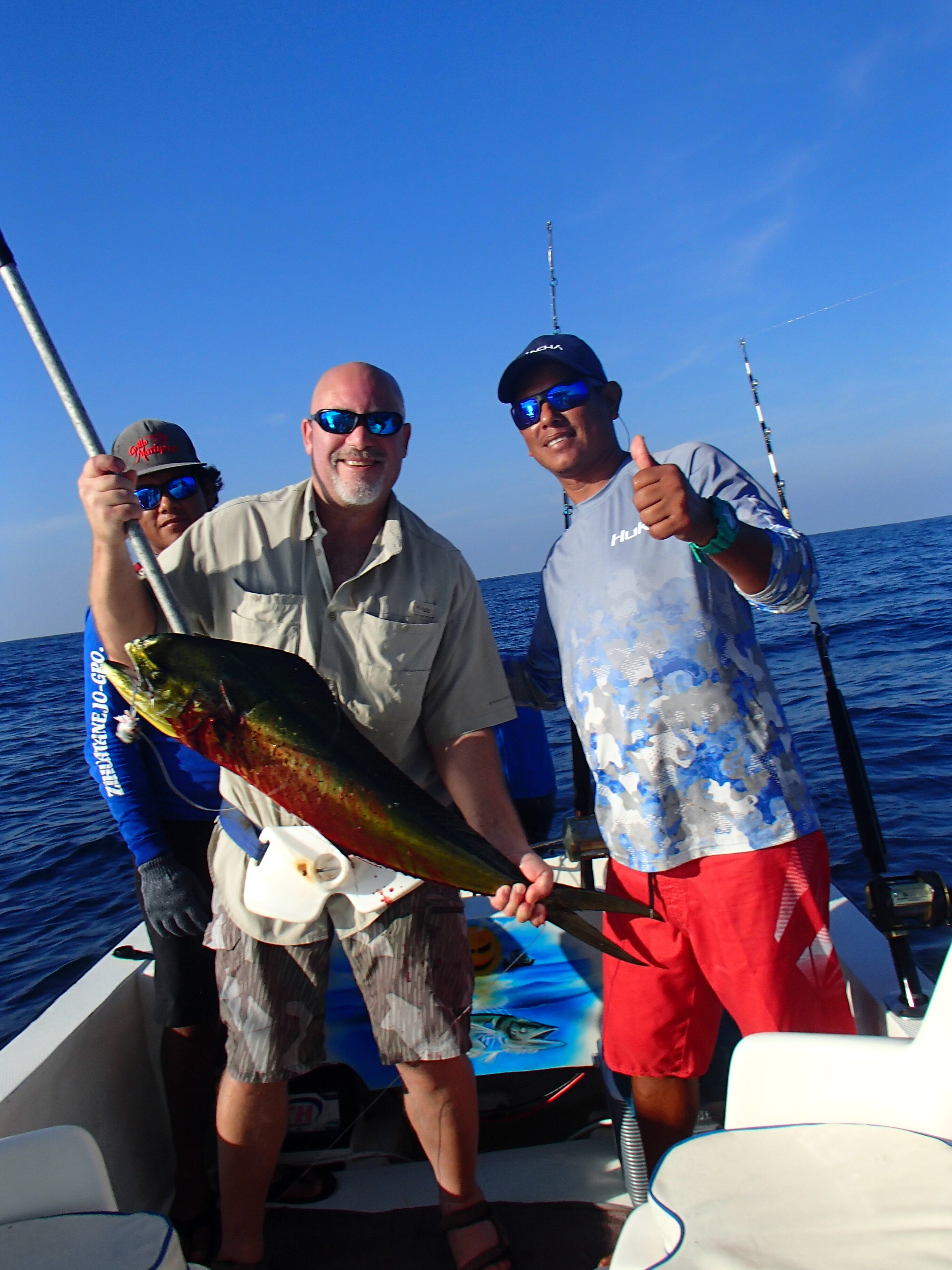 keep it up! nothing wrong with a bunch of dorados. good luck on a billfish
Reactions: pescadorzih and Tunahead
Upvote 0

Great report and pics. Bunch of Dorado is Muy Bien!!!
No shortage of em down there,or off Socal this summer!
Glad you're having a great time there!
Reactions: pescadorzih
Upvote 0

Monday was a good day as well, with 5 Dorado, 1 released unintentionally and 1 Sailfish, released.
I will be going home with 25#+ of fillets.
Talking with one of the staff at the hotel, he said that there are so many Dorado it is only $100p/kilo at the market. His father said it won't get any cheaper, so he bought 6 kilos and stocked his freezer and told his son to do likewise.