You can't fix stupid!! Some people don't get it and never will.

Glad you caught some fish & put your Dad on his first YFT!

I got seasick once, about 25 years ago...friends gave me tequila which worked wonders...didn't care I was sick!
Upvote 0

Good thing you had beer to remedy the situation...

Is there ANYTHING that beer can't fix?

Glad you and your dad had a good day!
Upvote 0

gnehekul said:
You're an hr consultant? Lol
Click to expand...

Haha...maybe What happens at work stays at work?
Upvote 0

peteking said:
Good thing you had beer to remedy the situation...

Is there ANYTHING that beer can't fix?

Glad you and your dad had a good day!
Click to expand...

Yes..it can't fix stupid; only amplifies the situation! But it's good, so drink on!
Upvote 0

FishinChic said:
Yes..it can't fix stupid; only amplifies the situation! But it's good, so drink on!
Click to expand...

TrapHook22 said:
Where do I even start? Could possibly be the best trip I’ve been on in ever, while at the same time possibly my worst.

Arrived at the launch ramp before 5am. No wait. Dropped in in a flash and off to the bait barge. Being accustomed to launching from HH, the distance from launch to bait at Dana Point is almost a joke. Like 20 seconds away. Again, no wait. Are you kidding me? It’s Labor Day Weekend… this is rad. Anyway, happy bait swirlin’ in the tank and we’re outside the breakwall by 5:10am. Lots of boats around us heading the same direction but quickly disappeared behind us since our 18’ft hybrid Fisherman’s Beachcraft does work in calm conditions. Dark as sh*t though still.

I forgot to take my Bonine before we left which has never mattered before but for whatever reason I was feeling queasy. And we had a third guy with us, so seating is limited, meaning I’m sitting on an ice chest up against the bait tank hoping we don’t hit a swell that sends a splash of tank water down my back. Usually, the struggle is real, but I made it unsoaked this time.

Just as we’re cruising through our coordinates, light pierces through the thick grey cloud cover above and like you all know, you go into hunter mode. Eyes on the water. Radio off. Sights out for paddies, birds, any signs of life. Not even 10 minutes into the search, we see birds. And they’re on a coffee table size paddy. No boats around. “Here we go, bait up”. Then some breezing fish pop up between us and the paddy, then jumping Tuna. “Oh Ya!!” Dad drops a bait in, and is picked up in less than a minute. He’s on! Mind you, my Dad prefers his prehistoric Penn reel and standard 20# mono over my AVET 2-speed w/ floro, braid, and the works. And I gaff his first YFT in no time. And he’s already back in the water and hooked up again before I hook up to one. Double going now. Our third guy Eric hooks up and snaps off. Bummer. 20 minutes later we’ve got 3 fish landed, and Dad’s hooked up again on his 3rd fish. We had 5 fish on the boat by 7am. All around 20# models. Then everything changed.

In comes a boat full of Asian guys. Never had this happen before, but just wow. Probably a 21ft boat, packed with 6 guys on it. They see that we’re hooked up and drive by us way close, see our paddy, and in a completely blatant disregard for ocean etiquette or respect, turn around and park their boat right on our paddy. Like if they stepped off their boat, they would have walked on it. And instantly, the bite shut down. I’ve read stories about this, but never experienced it, and I honestly feel for anyone who has had this happen to them. No other boats did this all day. Only this one. Is it an Asian thing? Or is it just an A$$hole thing? We yelled at them but even after calling them out on it, they just looked at us with a glazed over stare like they had no idea what we were talking about. My dad got pics of the boat, maybe he’ll post one. Anyway, we bailed with bad vibes from the experience.

It didn’t take us more than a few minutes to find more fish breaching the surface. But more boats were closing in everywhere and the bite was tougher to find. So we scouted on. Then I got sick. Major game changer. I never get sick, so I was fighting it hard, but it won. Right after I started pounding beers because, I don’t know, it seemed like it might take my mind off it. We found another paddy after 45 minutes or so and I hooked up. This fish gave me a good run and immediately after landing our 6th fish I got sick again. Winded, arms tired, full body sweats and just physically defeated. But I refused to say, “let’s go home”. I will never give anyone sh*t again for being sea sick. It’s bad news. We stopped at a few more paddies with no one home and ended the day with 6 beautiful YFT.

NOTES TO TAKE: It was all calm seas and low wind conditions and we had all our fish by 10:30am. They are closer than you think, and won’t be found directly on any coordinates. You have to do some scouting, and read the signs. Trolling wasn’t of any use, so I have no feedback on that. All fish were caught on live bait using 20 and 25# line. Flouro and mono both worked. 2/0 and 3/0 hooks regular and ringed. Bait was great and available at early morning, but we heard talk of it running out on our ride back in. Also, all our fish were caught in 69.5 degree water, which I wasn’t expecting but took note of. And lastly, don’t park on top of a paddy, especially if someone else is working it. There’s seriously tons of fish out there. Don’t ruin it for someone else because you’re a little b!tch and don’t know how to find your own fish. Thanks for reading.
Click to expand...

Insane fishing up north in close to shore.This doesn't surprise me.

A few weekends ago we were on a paddy with no one in sight for miles around.Here comes a huge sportfisher,it was an older 80,s model.You could see the captain way up high in the wheel house look back at us as he trolled between us and the paddy of which was only about 50 yards away....total disbelief we were in.This guy was not an ignorant newb just an arogant POS.
Toggle signature
I fish for sustenance,I suffer from sustenance abuse.
Upvote 0

Who cares about the racist remarks, I'm still fuming over the $28 in fuel...wtf!!!! I spend close to $30 in oil alone. Stop bitching and be happy with what you got!
Toggle signature
Stealth Stix
21ft Parker
Affiliations: Hic Stix/Stealth Stix

Haha. They were probably Asian assholes like me! Great job with your dad.
Upvote 0

OK, here are the boneheads, way too many in that boat, no clue on boating ettiquite an no regard for other peoples space. You can see "the paddy" about 3 boat lengths in front of them.

ERIK (Dad)
Last edited: Sep 2, 2014
Toggle signature
Erik
'Fathom This"
It's not what happens to you, it's what you do to yourself!
Upvote 0

Glad you got some fish.
I am not prejudice. I hate everybody the same.
Toggle signature
Upvote 0

Smelt4bait said:
OK, here are the boneheads, way too many in that boat, no clue on boating ettiquite an no regard for other peoples space. You can see "the paddy" about 3 boat lengths in front of them.

Well maybe they had to get up close enough to see it.
Toggle signature
Stealth Stix
21ft Parker
Affiliations: Hic Stix/Stealth Stix

Ya has nothing to due with race. It's just cheap people. They cram as many on the boat as possible to make the trip as inexpensive as possible. Usually the same people you hear over the radio that don't have vessel assist, and don't want to pay for the tow, and will wait around for hours to see if anyone will bring them in for free.
Toggle signature 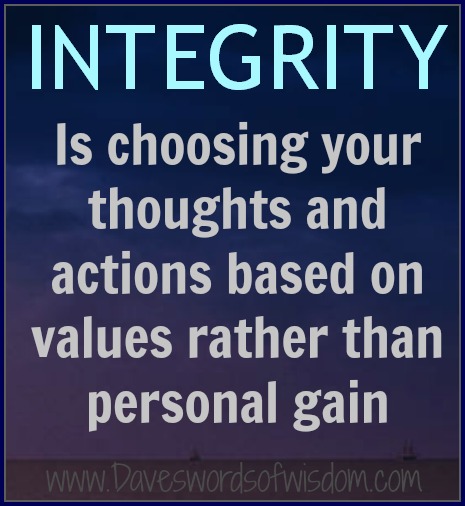 Smelt4bait said:
OK, here are the boneheads, way too many in that boat, no clue on boating ettiquite an no regard for other peoples space. You can see "the paddy" about 3 boat lengths in front of them.

It definitely isn't an open party trip, must have been a limited load. I still see a few spots available along the rail!

It is an asian thing oh shit I am asian also oh well at least you caught fish but to be honest its just an asshole being an asshole
Last edited: Sep 2, 2014
Upvote 0

TrapHook22 said:
I was just asking if there was some kind of a trend. Like I said, it's never happened to me before,
Click to expand...

One occurrence is hardly a trend. An asshole is an asshole....or perhaps they just don't know any better.

at least you got some.
Upvote 0

TrapHook22 said:
Haha. If you're staying everyone has something to say about asians, then that might be saying something about asians. I'm friends with a bunch of asians, mexicans, blacks, indians, you name it. Every group has it's bad seeds. I was just asking if there was some kind of a trend. Like I said, it's never happened to me before, and no other boats did it all day. Anyone would be fired up about it. We still made out with 6 great fish, and I'm happy with the results. But I told my story. Must just be an a$$hole thing. However, I plan on bringing stink bombs on my next trip and unloading a handfull on the next boat that does it.
Click to expand...

flying cans of peepee work great! BUT only under extreme circumstances.
Upvote 0
Show hidden low quality content
You must log in or register to reply here.